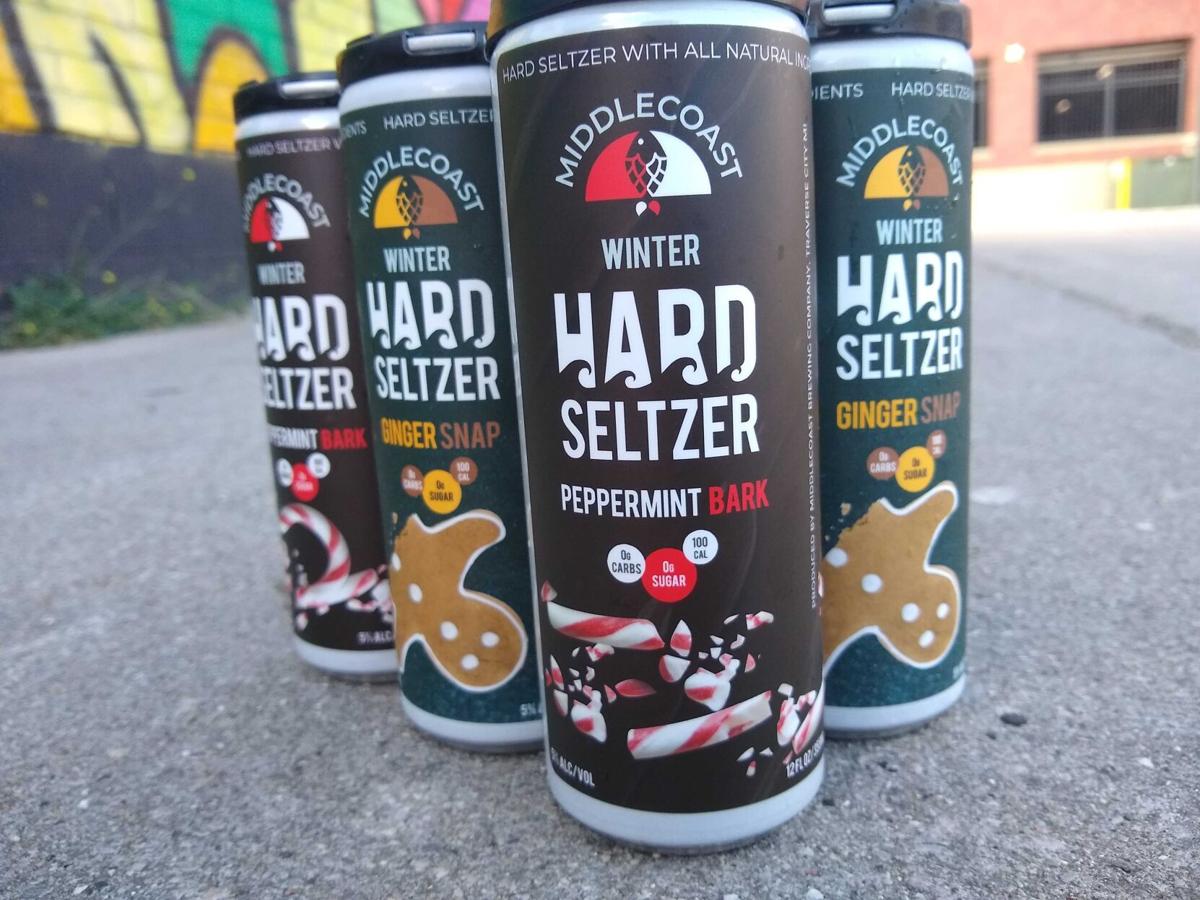 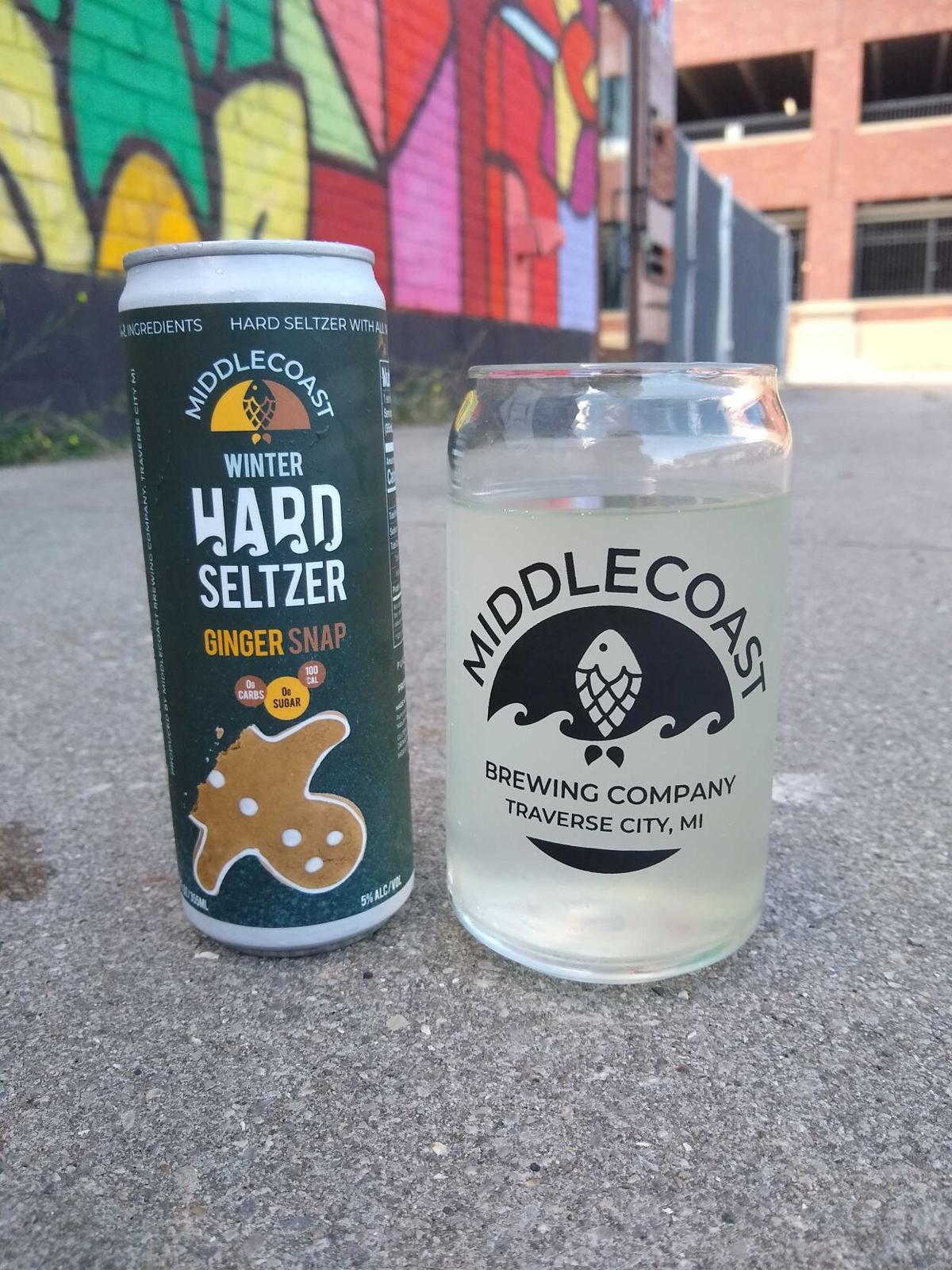 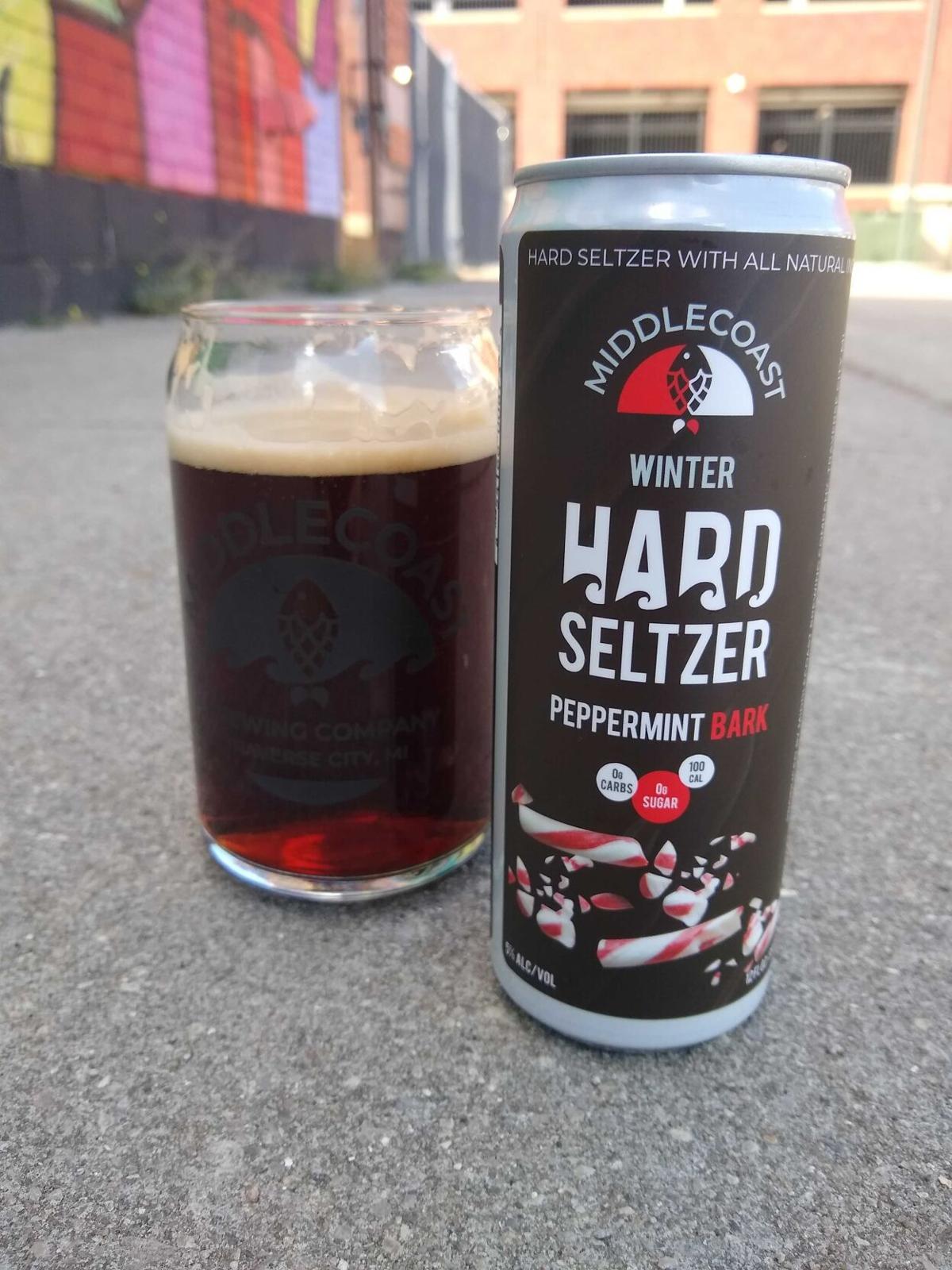 A can and a glass of MiddleCoast's Peppermint Bark hard seltzer. The new flavor is billed as "peppermint and Swiss chocolate mixed to remind you of the holidays."

A can and a glass of MiddleCoast's Peppermint Bark hard seltzer. The new flavor is billed as "peppermint and Swiss chocolate mixed to remind you of the holidays."

TRAVERSE CITY — As the hard seltzer market continues to bubble, MiddleCoast Brewing is making sure it doesn’t go flat.

Less than eight months after releasing hard seltzer in cans, the downtown Traverse City company is rolling out a pair of new flavors of winter hard seltzer.

Distributors took possession of Ginger Snap and Peppermint Bark last week. An official release of Nov. 1 is planned for the two new flavors which come in a six-pack wrapping.

Both new flavors of hard seltzer are 5 percent alcohol by volume. The 100-calorie 12-ounce cans have no sugar or carbs.

Company officials said it was important to follow up that release of hard seltzer in cans with something else.

“This is our winter, holiday tradition seasonal release,” Director of Operations Jeffery Chesterson added. “We’re including seltzer and beer, but seltzer is the real, unique innovative thing we’ve done.”

The two winter hard seltzers continue to carry the Pure Michigan designation. Chesterson said “100 percent of our stuff is grown, sourced or purchased” in the state.

Both winter hard seltzers do not have the traditional clear look.

Peppermint Bark is definitely not clear. That’s not unexpected because it is billed as “Peppermint and Swiss Chocolate mixed to remind you of the holidays.”

There is an amber tinge to the other winter flavor, which is “ginger paired with macadamia and cinnamon, creating the perfect combination of a gingersnap cookie.”

“We try and give ourselves three to four months when we’re starting to develop different flavors,” Chesterson said. “New flavors take time. We really don’t want to mess it up.”

Ginger Snap was particular a tricky one to balance, especially with such strong flavors like cinnamon and ginger predominant in the mix.

“It’s three flavors blended, No. 1,” Larrance said. “To blend three flavors and get the right mixture to really taste like a gingersnap cookie was the hardest. It was tinkering a milliliter at a time in a quart glass.”

“It’s probably the most complicated recipe we have for hard seltzer,” Chesterson added. “We’re really pushing the boundaries of what you can do with hard seltzer. It came out much better than I expected.”

As with any trial-and-error process, some things end up on the worse side of the equation. That was abundantly clear with MiddleCoast’s experimentation with eggnog hard seltzer.

“It was not a good choice to try that one,” Larrance admitted. “But you have to try a lot of different things.

“We narrowed it down to two flavors for the winter season. We have another one we might roll out next year in a fall pack.”

Chesterson said MiddleCoast produced about 1,000 cases of the winter hard seltzers. The company is waiting to see how it does on the market.

“We’ll go through those and who knows,” he said. “If it does well, we’re prepared to do more. We’re prepared and ready to jump on where the market takes us.”

Judging by its first seltzers, MiddleCoast may need to restart production. Chesterson said MiddleCoast sold 2,000 cases a month in the middle of summer and about 10,000 cases since its launch.

“We thought 2019 was a huge seltzer summer, but 2020 was even bigger,” Chesterson said. “It really took off. You just have to look at the shelves.”

“It hasn’t hit its high mark yet and it’s just going to continue. I don’t think it’s a fad.”

“The marketplace is such in hard seltzer that if you don’t come out with something new, create and innovate, you’ll be another can on the shelf.” MiddleCoast Head Brewer Deven Larrance