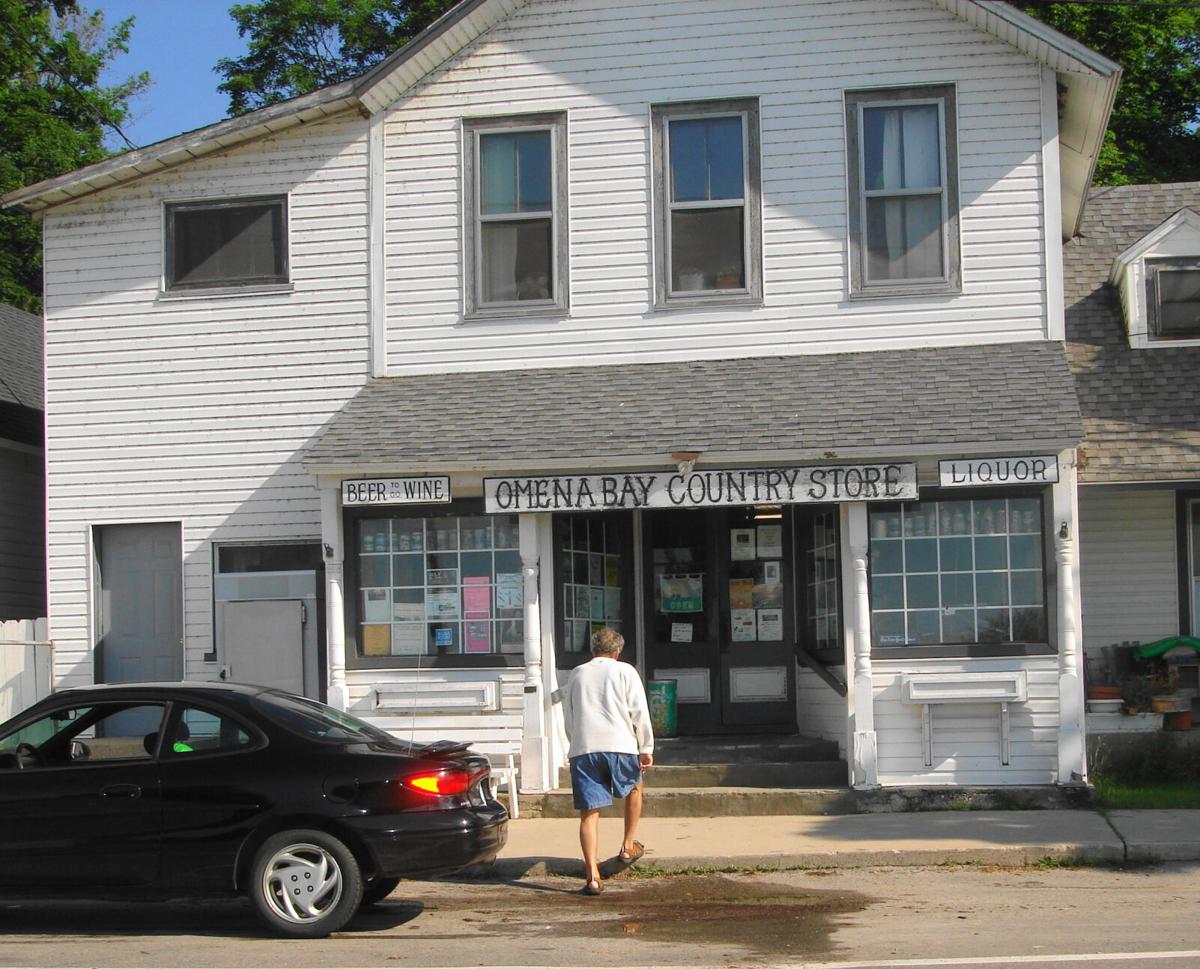 A person walks into the Omena Bay Country Store. Donald L. Leathery, Jr. became the fourth family to own the building. 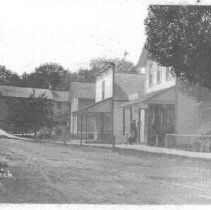 An early scene looking west at the stores at Omena Village. In this picture, there are a man and two children in front of the Barth Store, which is now the Omena Bay Country Store.

A person walks into the Omena Bay Country Store. Donald L. Leathery, Jr. became the fourth family to own the building.

An early scene looking west at the stores at Omena Village. In this picture, there are a man and two children in front of the Barth Store, which is now the Omena Bay Country Store.

OMENA — A business that opened in 1889 may have a new lease on life next spring.

But this old business in the village of Omena, just before M-22 turns north toward Northport, was something Leathery jumped on when the opportunity presented.

“We wanted to see the property be restored to its former glory, while also making sure it fits in with the community,” Leathery said in an email.

Leathery is the fourth family to own the building. After its opening just before the start of the 20th century, two generations of the Barth family ran the business until 1972.

According to the Omena Historical Society’s National Register nomination, after the Anderson General Store was built in 1885, “Paul R. Barth opened his competing establishment to the east in 1889.”

“The P. R. Barth General Merchandise store was built on land purchased from R. D. Putnam by Paul Barth, who had come to the United States from Germany in 1866,” the Omena Historical Society nomination read. “By 1900 he had also built a dock, which was essential during that time in order to obtain supplies for the store; his competing merchant, Andrew Anderson, also had a dock just to the east. The dock allowed Barth to receive and ship goods via the steamer ships arriving in Omena.

“Barth’s store catered mostly to area farmers and other permanent residents. The farmers grew and canned their own food and butchered their own meat, and Barth carried the staples they could not supply themselves, like flour, sugar, and cheese. They would exchange their fresh meat and produce for the goods they needed. Barth also bartered with the Native Americans, trading his goods for handmade rugs and baskets, which were very popular with the cottagers.”

Following the death of Paul Barth in 1936, his son, Ernest Barth, took over the store, according to the Omena Historical Society. Ernest Barth and his wife ran the renamed Barth’s Cash Store until his retirement in 1972, when they sold to Bert and Bette Wheeler, who renamed it Bert’s Country Store.

Richard and Ingrid “Sunny” Colling bought the store from the Wheelers in 1978 and the name changed again, this time to the Omena Bay Country Store. Richard Colling died in 1989, and “Sunny operated the store with family help until shortly before her death in May 2019,” according to the historical society.

In an email, Leathery reported he bought the business from the Colling family estate on June 26. He said the store closed for business on July 5.

“Work started on the store almost immediately with a new roof and continues today with the new siding on the building, refinishing of the floors, replacement of the windows and extensive interior remodeling,” Leathery said in his email. “Our hope is to have a new tenant in place and operating by June 1, 2021.”

“They’ve been doing lots of work on it, which it needed,” said Marsha Buehler, treasurer of the Society and chairman of the Archives and Exhibit Committee.

While Leathery’s primary residence is in Ohio, he also has strong ties to the area.

“My parents, Ann and (the late) Don Leathery, first purchased a house in Omena in 1972 and we have been spending the summers up there ever since,” he said in an email.” In addition to my family’s home, my sister’s family has a home in Omena as does my mother.

“Omena is a special place where we reconnect with family and friends every year.”

The building is also more than a store.

Attached to the 1,500-square-foot store is a three-bedroom, two-bath house. There’s a basement under the store and the house, which is to the east.

Above the store is a two-bedroom, one-bath apartment which Leathery said offers “fantastic views of Omena Bay.”

In a release announcing the renovation work, Leathery said “a Class C liquor license is also available for purchase by the new operators of the store.” The release stated “the new store tenant will have full control of the apartment and house.”

The Leathery Company’s online property map show it also manages another business in Leelanau County: the Suttons Bay Shoppes at 316 N. St. Joseph St. Leathery said the company purchased the building in 2011 and it is “home to the Hang on Express Restaurant, Suttons Bay Bike Shop and Grace Elizabeth Bridal store.”

Leathery said in his email that the company hopes the Omena Bay Country Store turns out just like the Suttons Bay project.

“The Suttons Bay Shoppes building was in similar condition as the Omena Bay Country store was when we bought it,” Leathery said in his email. “We renovated it and it has been a successful commercial property for us ever since.”