The production facility and tasting room at Iron Fish Distillery south of Thompsonville are nearing completion. 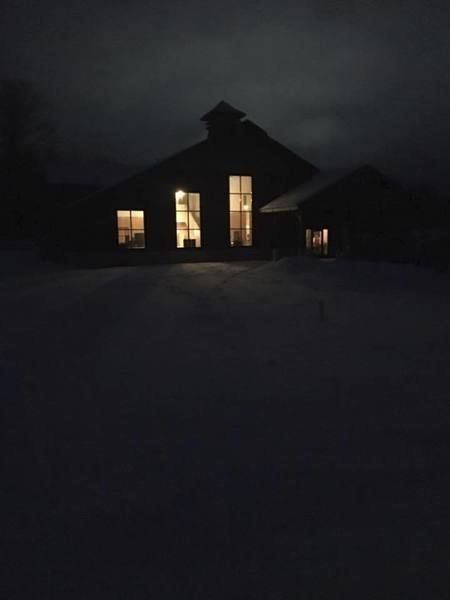 The production facility and tasting room at Iron Fish Distillery south of Thompsonville are nearing completion.

Iron Fish Distillery began construction in the fall. The distillery and tasting room structure is nearly complete. Distillation equipment, custom built by a company in Germany, is expected to arrive in March.

But the originally planned April opening has been delayed by red tape, said co-owner Sarah Anderson. Officials in Lansing have not yet approved the site's license. Iron Fish owners now hope to open the distillery's doors in June. The delay doesn't worry them.

"We're looking at it as a legacy business," Anderson said. "A couple of months won't look so big after 100 years."

Five partners own the operation.

"We think we'll be between 6 and 10 employees" at launch, Anderson said.

"We will be buying grain from other farms, as well, but will ultimately have our fields in production," Anderson said.

Wallace recently began growing hops and a small vineyard near the Iron Fish Distillery property. The site along the northern edge of Manistee County was home to a farm that was abandoned in the late 1980s, Anderson said.

The business plan calls for the mashing, fermenting and distilling operations to be on full display for visitors and customers. It will serve samples and sell mixed drinks and bottled products on the premises. The owners plan to rent out a historic barn on the property as a venue for special events.