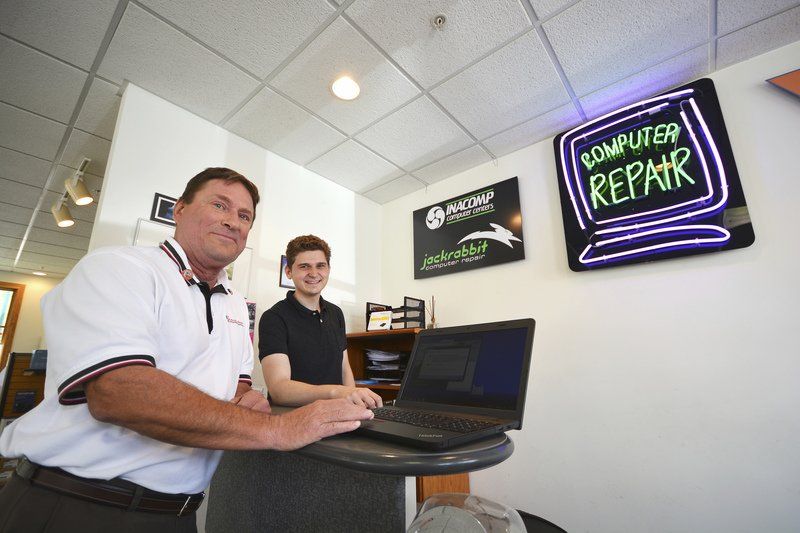 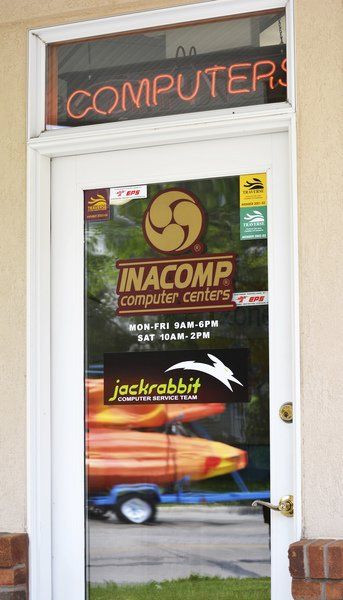 Those groups all share a relationship based on confidence with the trio of men who keep their computers humming.

Pointe bought the Traverse City business in 1987. It since has racked up more than 23,000 service orders. Service provides 80 percent of the operation's income. Hardware sales provide the balance.

Long-term relationships with customers have built the business over the years, Pointe said.

"We developed a good history with them," he said. "There's a huge trust factor that we've developed over time."

Jordan Szuch, a graduate of Northwestern Michigan College, has worked for Pointe more than 10 years. So has Matt May, who runs Inacomp's mobile computer service division, Jackrabbit Computer Repair.

Pointe is sole owner of Inacomp in Traverse City. He wasn't always.

He was vice president of sales for a company called Inacomp in the 1980s. It had 700 stores across the U.S. Pointe grew weary of that position.

The shop was in a strip mall on South Airport Road when he bought it in 1987. He purchased a quarter of the new building at 626 E. Eighth St. 15 years ago and moved the business there.

A longtime friend of Pointe runs another remnant of the old Inacomp company downstate. He has a contract to provide computers to Michigan's public schools. Pointe recently agreed to handle installations at schools in northern Michigan, including the Upper Peninsula. Pointe suspects the addition will allow him to hire more workers.

"It's going to be huge for us in Traverse City," he said.

The store's current customers will continue to get the same service they have in the past, he said. The school deal will just allow the company to grow in a new direction.

"Now we're throwing something bigger in the mix," he said.