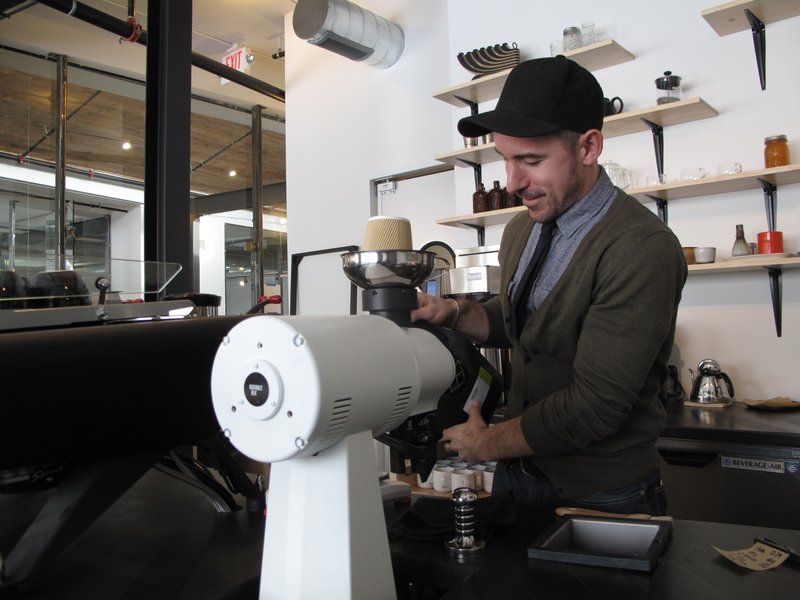 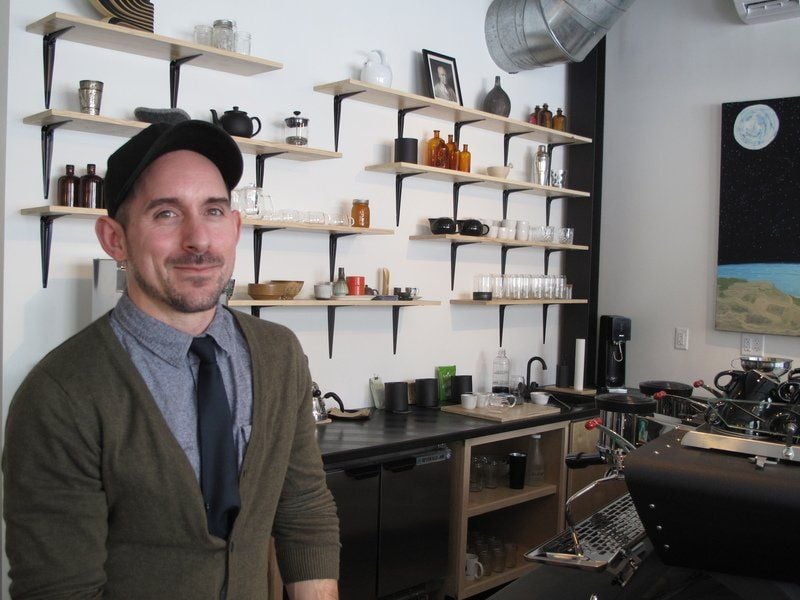 The beans start on the farm, carefully tended, harvested and dried. They are then shipped, roasted, packaged and shipped again.

"The last step isn't opening the coffee and drinking it," he said. "You have to brew the coffee, too."

Korson is ready to prepare coffee for customers at BLK MRKT, a new coffee shop he plans to open in the Warehouse MRKT building in Traverse City's Warehouse district on the corner of Hall and Garland streets.

BLK MRKT is a sunny cafe with minimalist decorations in black, white and wood. Glassware, plants and beans are on display.

Korson will start simply, serving both brewed and made-to-order coffee, but plans to create more beverages using coffee as an ingredient. One such drink is in a trial phase: it's made from espresso and a tea brewed from the fruit of the coffee plant.

He calls it the "cocktail approach to coffee," or approaching coffee as an ingredient instead of the end result.

BLK MRKT will serve a rotation of roasts, starting with beans Korson roasted through his Fortunate Coffee Company, plus others from Grand Rapids, California, Oregon. He plans to serve sweet and savory baked goods.

Korson hopes to promote a local coffee culture similar to those of the local wine and beer industries. He considers other local cafés a community, not competition.

"I want to be a part of getting the general public to appreciate coffee more and to maybe ask a little bit more of their coffee shops," he said.