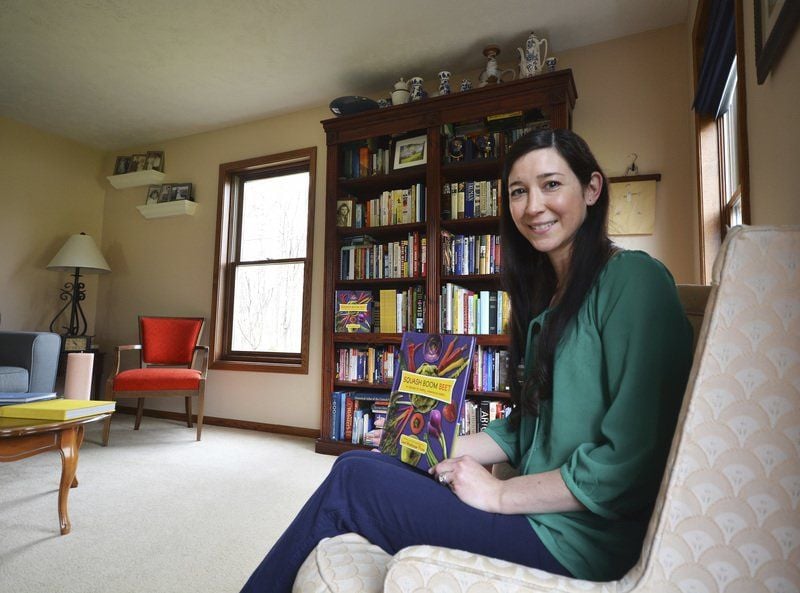 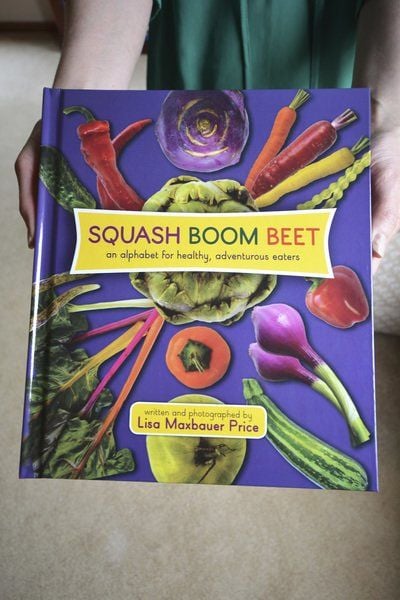 "I couldn't find a book for my kids," she said, that offered what she wanted to teach them about fresh food.

Most books she found on the topic had cartoon illustrations. She sought a volume to help educate her children, now ages 2, 5 and 9, about the real colors, shapes and names of vegetables. She couldn't find a book that satisfied her.

So she wrote her own: "Squash Boom Beet: An Alphabet for Healthy, Adventurous Eaters." And she took photographs to illustrate it. And designed it. And created a publishing company to sell it.

"With everything that I learned in New York," she said, "I was able to do it all myself."

Price was born and raised in Traverse City. The Maxbauer family settled in the Traverse City area in 1862, she said. Price earned a college degree and moved to New York City with dreams of instant success.

"You get there and you realize that every other English major has moved there, too."

A three-month job search led to a position with a publishing company. Price later struck out on her own as a freelance writer. Then she toiled six years for First For Women Magazine before leaving New York to return to Michigan. She still works remotely for the magazine.

Price also tackled the side project of writing, illustrating, designing and publishing a book. She devoted two years of spare time to developing the idea, then about nine months actively working on it. She planned a full season of photography to capture each vegetable, in turn, as it ripened and was harvested, from Norconk asparagus in early summer to pumpkins in late fall. She roved across the region last summer and fall to capture images of vegetables and the places they were grown. The book features 56 area farms.

"I kind of fell in love with everything each week when I photographed it," she said. "This is an homage to the farmers here. I wanted to pay tribute to the farmers. I made it for kids, but adults are kind of gobbling it up, too."

Squash Boom Beet is the most gratifying thing she has accomplished in her years in the publishing industry, Price said. She viewed the entire project as an enterprise, something else she learned on the East Coast.

"If New York taught me anything, it's: 'What's your audience?' I thought of it as a business enterprise."

Her first author signing event sold 55 copies in two hours. That made a quick dent in the first printing of 1,500 copies. The book sells for $18.85 and is available at Horizon Books, Press On Juice and The Botanic Garden Gift Shop at Historic Barns Park. More information is available at www.squashboombeet.com.