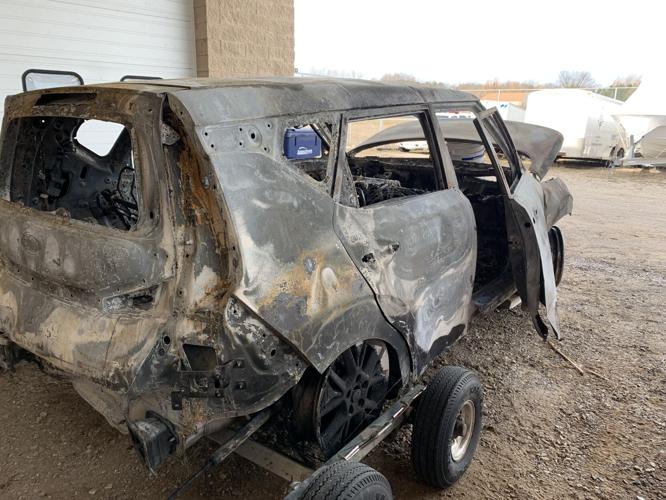 A 2021 Kia Soul recovered by GT County Sheriff's Department. The car was stolen from a home in Interlochen and found burnt out by a stretch of state highway. 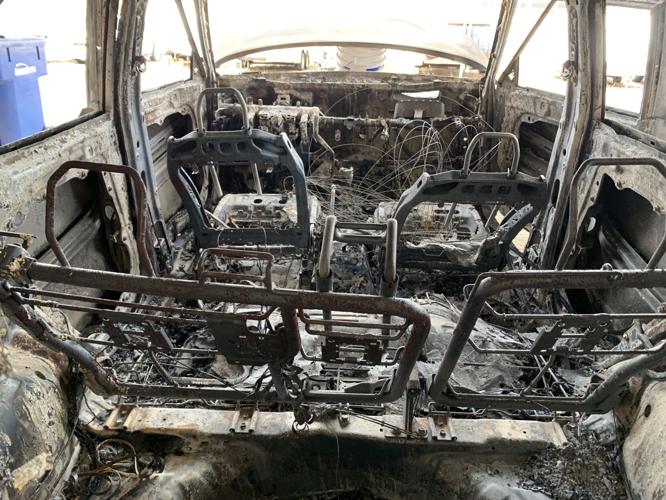 A 2021 Kia Soul recovered by GT County Sheriff’s Department. The car was stolen from a home in Interlochen and found burnt out by a stretch of state highway.

A 2021 Kia Soul recovered by GT County Sheriff's Department. The car was stolen from a home in Interlochen and found burnt out by a stretch of state highway.

A 2021 Kia Soul recovered by GT County Sheriff’s Department. The car was stolen from a home in Interlochen and found burnt out by a stretch of state highway.

TRAVERSE CITY — Two 17-year-olds are suspects behind an Interlochen crime spree, according to the Grand Traverse County Sheriff’s Office.

One teen was arrested and is being held in the county jail, while the other has yet to be arraigned. The two are suspected of breaking into at least three homes beginning in March, and, in one instance, stealing a 2021 Kia Soul and lighting it aflame by the State Park Highway.

The two are also suspected of stealing passports, cash and an M1 rifle from one of the homes.

“It was a pretty good crime spree by these two kids,” said Captain Randy Fewless.

Because both suspects are minors, police would not release their names; 17-year-olds have been considered minors in Michigan since October 2021. The two could still be tried as adults, pending approval from a judge.

Deputies believe the teenagers picked empty homes on their bus route to and from school. The homes were broken into while tenants were away for an extended period of time. One belonged to an elderly woman who had temporarily gone to live with a relative.

On May 5, the sheriff’s department executed a search warrant for a home on Schell Road, where they say one of the suspects was residing.

Detectives found evidence from all three of the home invasions at the scene of the crime, according to the release. Some of the stolen items have been returned, police said, while the stolen car was completely destroyed.

“This thing was down to the springs,” Fewless said. “There was nothing left.”

The placement of the incarcerated suspect was a challenge for the Grand Traverse County Jail, which is having to make arrangements to keep a 17-year-old suspect separate from the adult prisoners. Michigan court rules mandate that juveniles be kept separate from adults as a protective measure.

The jail does not have a special section for juveniles, however, and is having to improvise in order to comply with the court rule, Fewless said. At the moment, the jail is looking to transfer the suspect to a juvenile detention center.

The juvenile detention issue first arose for GT County Jail officials last summer, when a 16-year-old was arrested in connection to a road-rage stabbing on Woodmere Avenue. Fewless said officers had to “babysit” him in order to remain in compliance with the court rule, incurring hefty overtime.

The sum of the pending charges for the two suspects include home invasion, arson, unlawful driving away a vehicle and safe breaking.