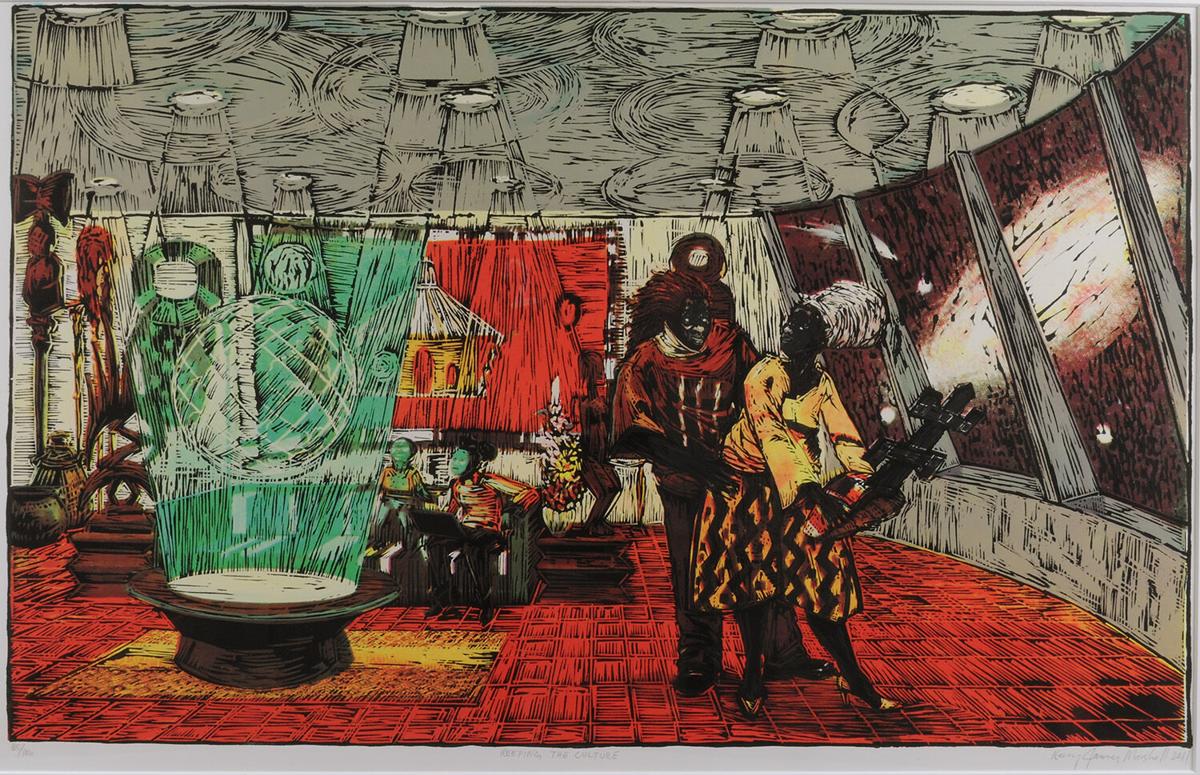 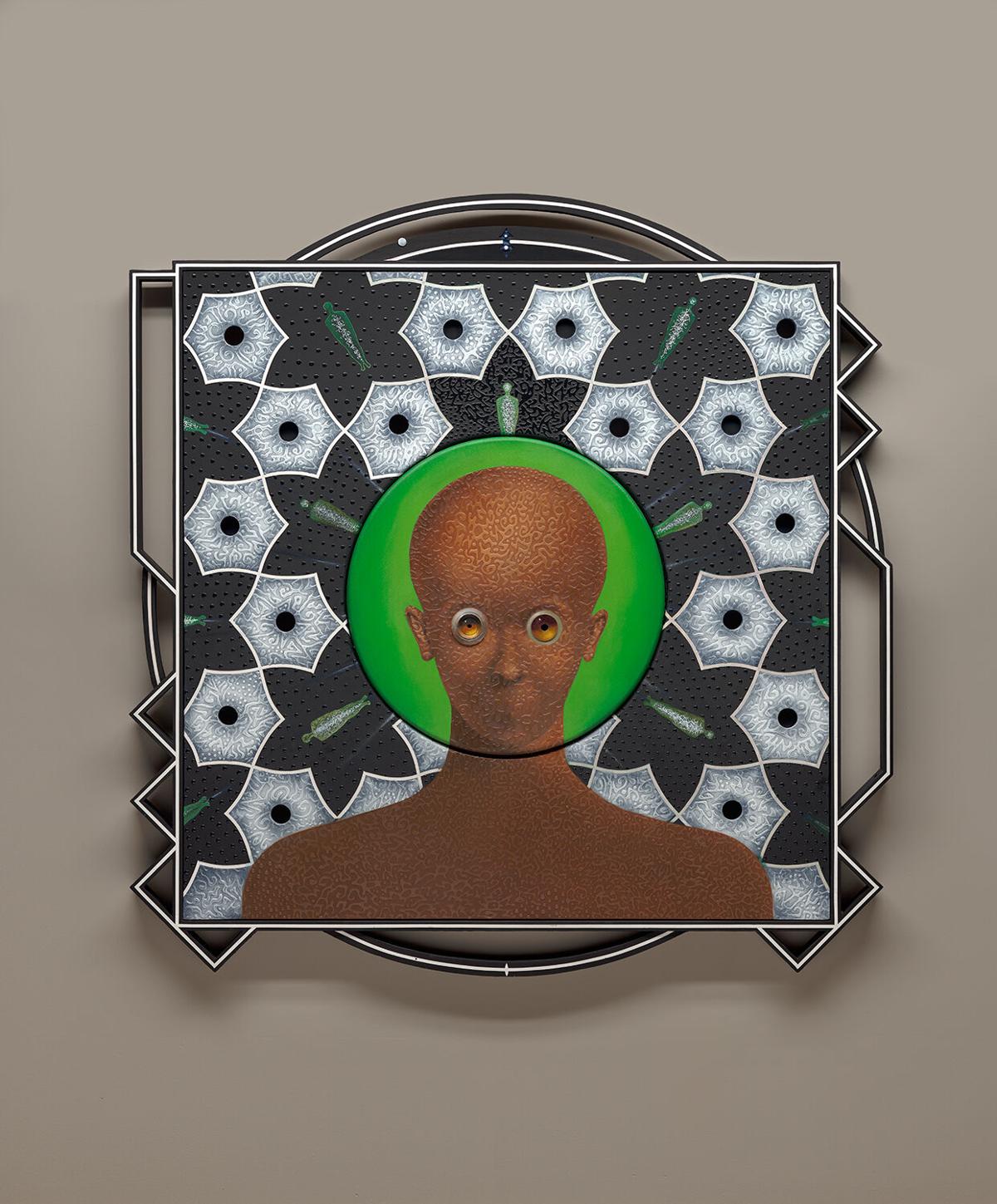 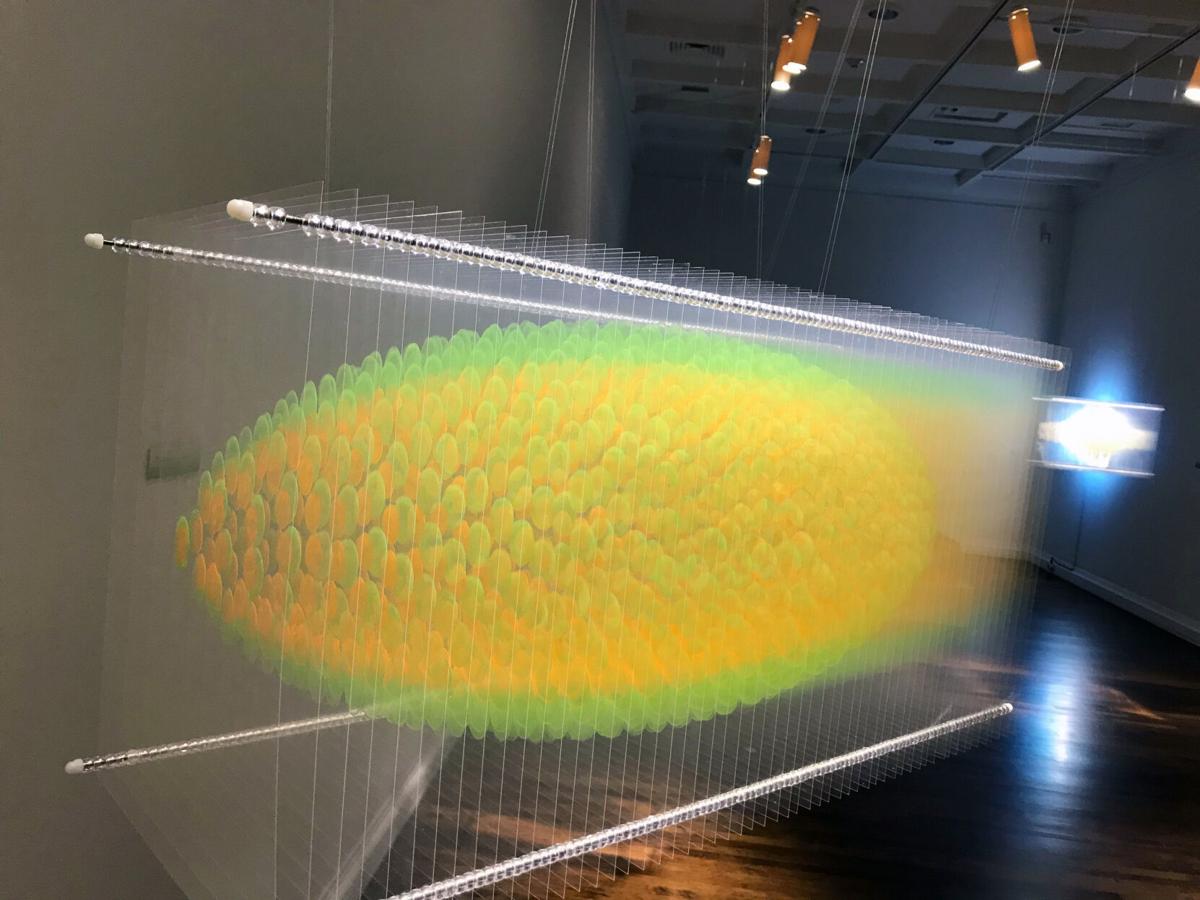 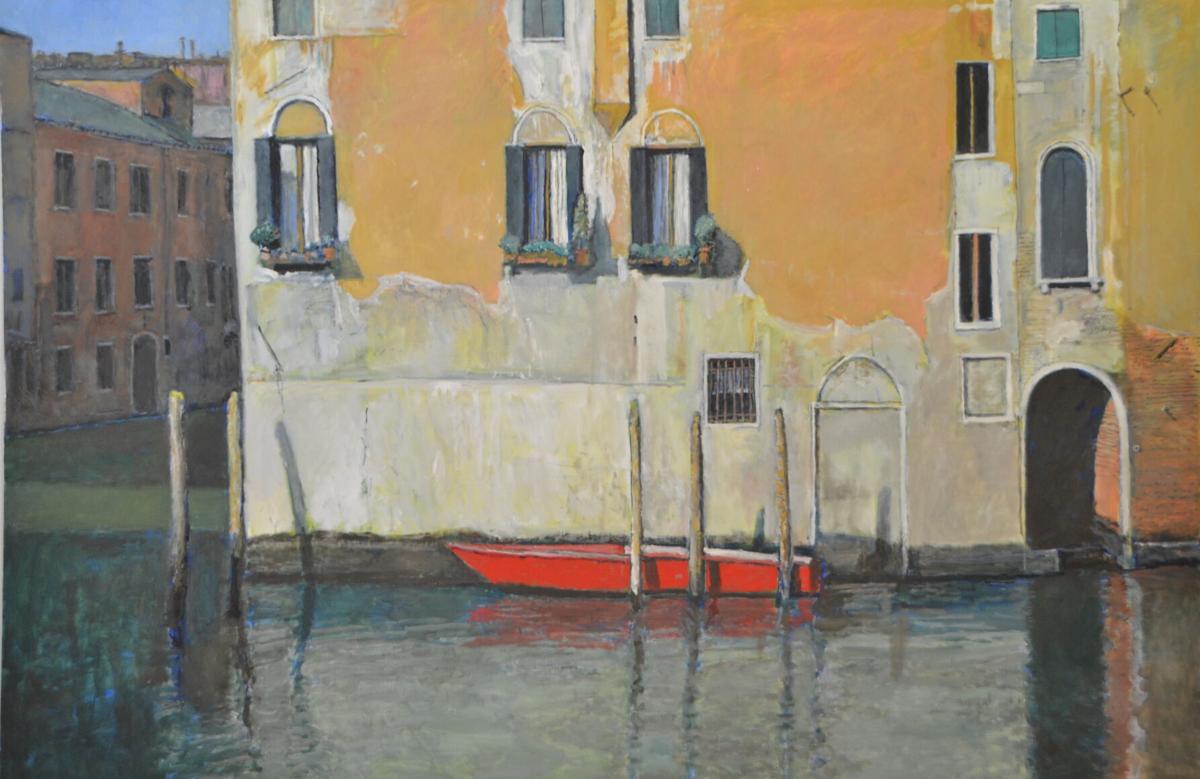 TRAVERSE CITY — The Dennos Museum in Traverse City will host two exhibits this summer that focus on the Black experience in America, including work from an artist who lives right in town.

It partnered with the Kalamazoo Institute of Arts to put together the exhibition “Resilience,” which features several African-American artists like Elizabeth Catlett and Romare Bearden.

That will be shown alongside works from local artist Rufus Snoddy and his series “Disappearing Man” to round off five art new shows this summer at the Dennos.

“It deals with a lot of these same kinds of stories and narratives based on his personal life, but also just what’s happening in the social and socio-political world around us today,” said Jason Dake, Northwestern Michigan College’s deputy director of museum programs and learning.

Dake said a couple of the exhibits have been in the works for a while, especially “Resilience,” but others are newer additions to the schedule.

The Dennos hosted Snoddy, an artist who’s originally from Los Angeles and Texas who now has his studios in Traverse City, back in the fall in a series of virtual zoom chats with local artists.

Snoddy hosted a talk and spoke a lot about his newest series, the “Disappearing Man.”

“When we talked to him about that body of work, it struck us as something we would maybe want to host,” Dake said. “So we initially just said, ‘Hey, we’d love to see this as an exhibition soon. What’s your timeline on that?’”

He said Snoddy’s paintings have a sculptural quality.

“They do hang on the wall but they’re very much sculptural pieces and they’re shaped canvases and things like that,” Dake said. “It’s not just your average kind of square or rectangle painting.”

An exhibit with Tom Parrish, “An American In Venice,” will feature large paintings of the artist’s time in Venice.

Dake said Parrish’s exhibit comes from a connection to the museum’s previous director Eugene Jenneman. Parrish died in 2018, but he and his wife were friends of both the museum and Jenneman.

“Inspired by shimmering canals and architectural beauty of Italy’s Serenissima (the old serene one), his stylized realist paintings are constructed from blocks of sturdy modernist color,” a description said. “The shimmer of rolling water, depths of captivating linear vistas and the classicism of craft are elements moored to the heart of Parish’s timeless imagery.”

Russell Prather’s exhibit, “And The Heart Is Pleased By One Thing After Another” is a mix of two-dimensional and three-dimensional imagery in what is primarily an abstract form.

In the description of Prather’s art, the museum said the artist uses layers with transparent and translucent media.

“He creates these layers using both additive and subtractive methods: painting tinted acrylic medium onto sheets of transparent polyester film, or cutting out shapes from sheets of insect screening other materials,” a description said. “He then aligns these layers on metal rods and suspends them from the ceiling, or stretches them on aluminum screen frames that he mounts on light boxes that sit on the floor.”

All but one exhibit open June 6 and run through August 15.

The one that does not, ‘Voices and Votes” will open July 3.

“Voices and Votes” is the only exhibit this summer that isn’t primarily an art exhibit. That will be a historical exhibition that takes a look at voting and democracy in America commemorating the 100th anniversary of the 19th Amendment being ratified.

“Voices and Votes” is a touring exhibit that’s based on a major exhibition at the Smithsonian’s National Museum of American History called “American Democracy: A Great Leap of Faith.”

The Dennos earned the status of a Smithsonian affiliate, but Dake said the Voices and Votes exhibit is unrelated to that.

Between the five exhibitions Dake said visitors will find something that catches their attention.

“It’s really kind of nice because we have a mix of portraiture and landscape and abstract work and covering different cultures and and social issues,” Dake said.

Dake said the Dennos isn’t planning on hosting any opening ceremony or reception for the exhibitions opening, but that doesn’t rule out the chance to meet with the artists whether that be in-person or virtual. He said to keep an eye out for chances to meet and talk with Prather and Snoddy.

Regarding the Dennos’ summer concerts series, Dake said the museum is trying to put something together but can’t release details yet.

He said it’s looking like concerts may resume early in 2022 at the latest.

June 6 to Aug. 15 — Rufus Snoddy: Disappearing Man; The Museum Store will feature artworks for sale by Rufus Snoddy while the artist is on exhibit.

June 6 to Aug. 15 — Russell Prather: And The Heart Is Pleased By One Thing After Another

July 3 to Aug. 15 — Voices and Votes: Democracy in America

Museums For All* — FREE

*EBT (Bridge) card holders receive up to four free admissions as part of the Museums for All program.