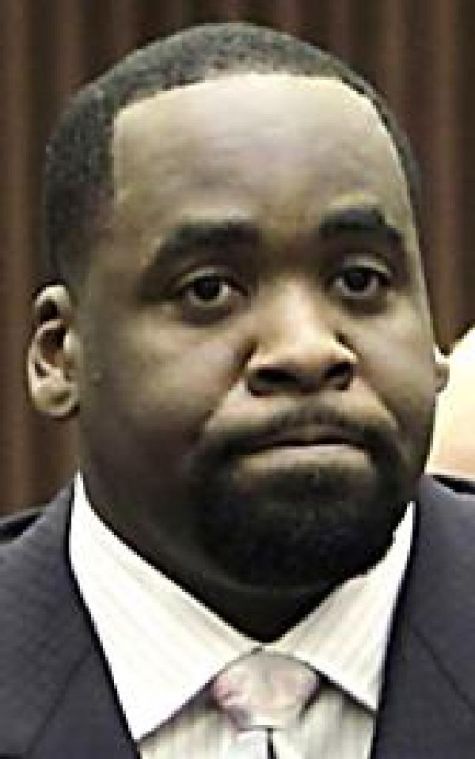 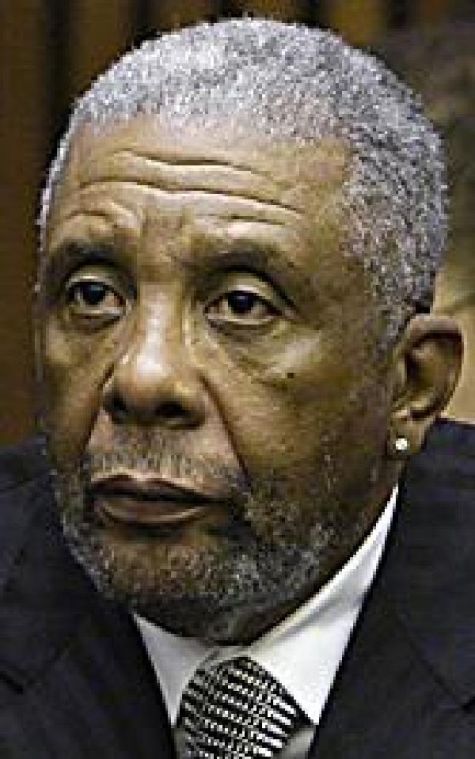 DETROIT (AP) — The most Kwame Kilpatrick earned in any given year from his salary as Detroit mayor was $176,000.

A 38-count federal indictment claims the one-time darling of Michigan's Democratic Party and the city's twice-elected but now-disgraced former mayor pocketed far more as head of a criminal enterprise headquartered from his office on the 11th floor of City Hall.

The indictment, handed up Wednesday by a grand jury, allege that Kwame Kilpatrick, his father, Bernard, and some of the imprisoned ex-mayor's allies weaved an intricate path of corruption that prosecutors say finally shines a light on greed within city government that leveraged access and influence.

Former Detroit Councilwoman Sheila Cockrel was a frequent critic of Kilpatrick's during his time in office and often dissected city contracts pushed by the former mayor's administration. But she told The Associated Press on Thursday that she clearly was in the dark about what is alleged in the indictment.

"I did not know what was going on," said Cockrel.

If the charges eventually prove true, "you have an individual who was treating the city as a private preserve to create wealth," she said. "The tone is set at the top. If you have individuals who are morally and ethically challenged, you are going to have the kind of situation we have here."

Kwame Kilpatrick, 40, is in prison for violating the terms of his probation on obstruction of justice and assault convictions. As part of his guilty plea in 2008, he admitted to lying under oath about an affair with his top aide while testifying in a lawsuit against the city.

The federal government brought fraud and tax charges against Kilpatrick in June, accusing him of enriching himself and others by milking $640,000 from the Civic Fund, a tax-exempt charity he created as a good-works effort to enhance Detroit and improve the city's image.

Wednesday's charges follow last summer's indictment and are the culmination of a six-year probe by the FBI, U.S. attorney's office and other federal agencies.

U.S. Attorney Barbara McQuade said Kilpatrick and his father, businessman Bobby Ferguson, former Detroit Water and Sewerage director Victor Mercado, and Derrick Miller, the former mayor's high school friend and one-time aide, worked "together to abuse Kwame Kilpatrick's public offices, both his position as state representative as well as his position as mayor of Detroit, to unjustly enrich themselves through a pattern of extortion, bribery and fraud."

Attorneys for the Kilpatricks and Mercado said they would fight the charges. Ferguson's lawyer did not return a call to The AP. It was not immediately clear whether Miller had an attorney, and the prosecutor's office said it didn't know.

The new charges dredge up a corrupt image that Detroit's leaders are trying to shed. With a shrinking population and tax base, rampant crime and finances that are in tatters, the city badly needs outside investment.

Mayor Dave Bing said Thursday that the stench from the Kilpatrick saga and pay-to-play perception surrounding Kilpatrick's six years in office have made it difficult to attract new businesses and capital.

"We are disappointed by continued revelations of the mistakes of the past," Bing said in a news release. "Yet, we will not be deterred from our agenda. We will continue to work hard to restructure city government to a level of accountability, transparency and performance for our citizens."

Councilman Kwame Kenyatta said he will call for stepped up policies aimed at city officials and companies that do business with Detroit.

"These ethics policies could include the probation, suspension, and exclusion of contractors via a Do Not Buy list," Kenyatta said in statement.

Business owners tend to avoid projects that would cost them time and money, and that's how many executives view working in Detroit, said Gregory Burkart, who runs the Detroit office of Duff & Phelps, a financial advisory and investment banking firm.

"The perception is out there that because of inefficiencies in the city there is this pay-to-play," Burkart said. "It may well be that they just have terrible processes, bad management and just bad city government."

Improving the time it takes to clear city permits, making sure building inspectors are at job sites and meeting deadlines would go a long way in changing that perception, he said.

Many of the illicit gains alleged in the Kilpatrick indictment resulted from manipulation of contracts in the city's water department, where approval or denial was up to the former mayor. The indictment details 13 alleged schemes in awarding contracts.

There was a $50 million sewer lining deal that was held up until the winning bidder agreed to pay Ferguson a cut, according to the indictment. Ferguson received $24.7 million in revenues when that contract was bumped up to $138 million.

A $10 million sewer repair contract was cancelled when the winning bidder refused to give Ferguson a quarter of the deal. Another contractor got the job after agreeing to include Ferguson, prosecutors allege.

Ferguson received "tens of millions of dollars in contracts he would not otherwise have been awarded," McQuade said.

And with Mercado's assistance, the group even misled a federal judge looking into a water department security contract, the indictment says.

"Where corruption flourishes is where there was a lack of oversight," Wayne State University law professor Peter Henning said. "The Water and Sewerage Department was chosen because it had easy pickings."

Kilpatrick reportedly received at least $424,000 in cash and other items from the public contracts Ferguson obtained with the city. The former mayor also is accused of using $590,000 in cash to pay credit card bills, buy clothing, and repay loans. Some he deposited into bank accounts.

Kwame Kilpatrick, Bernard Kilpatrick and Miller also are charged with soliciting bribes totaling more than $1 million in cash payments and rides on private jets from people or companies seeking to do business with the city or its pension funds, McQuade said.

The Kilpatricks and Ferguson also are charged with defrauding individuals and companies that donated money to the mayor's Civic Fund and various other funds. Those schemes started in 1999 when Kwame Kilpatrick was serving in Michigan's House of Representatives.

"You have to have a group of people who are bound by more than just money," Henning said. "Money doesn't generate loyalty. You don't buy loyalty from these people. They were already loyal."