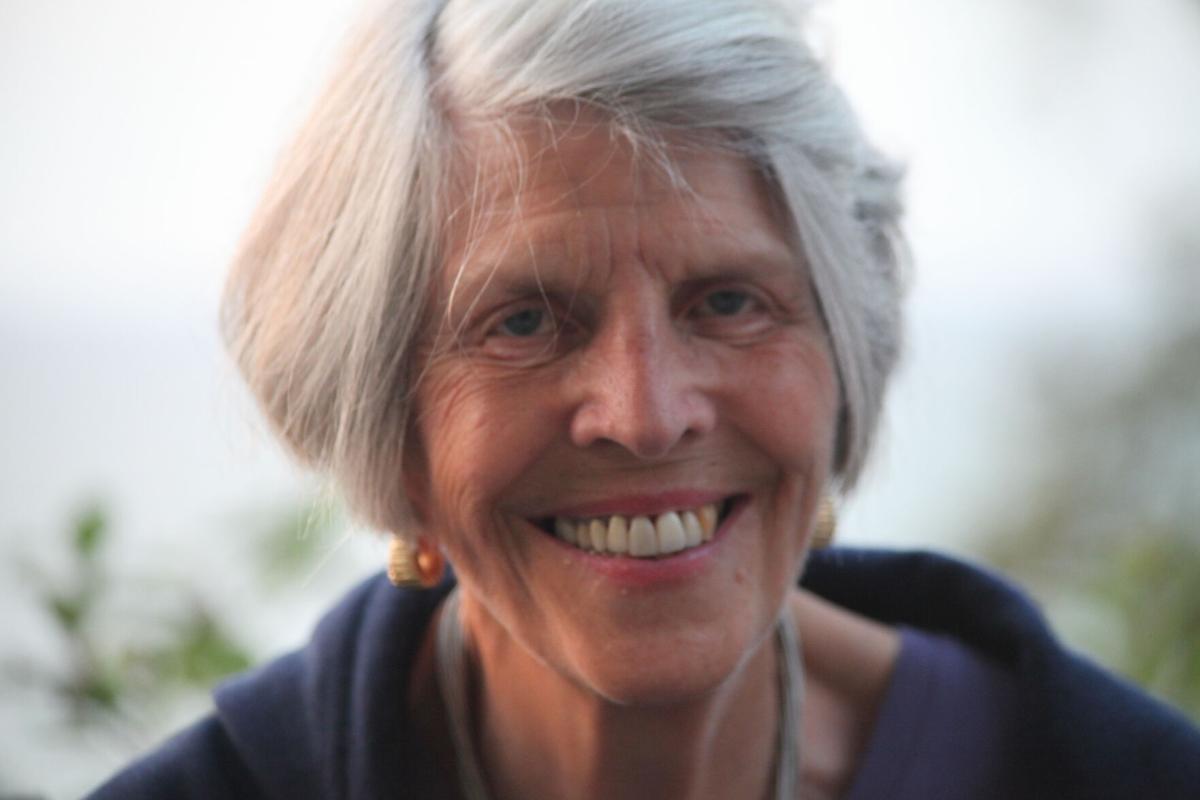 Dr. Nancy Giles, a psychologist and tireless volunteer with many organizations in the area, died July 7 in Traverse City. Giles was 82 years old. 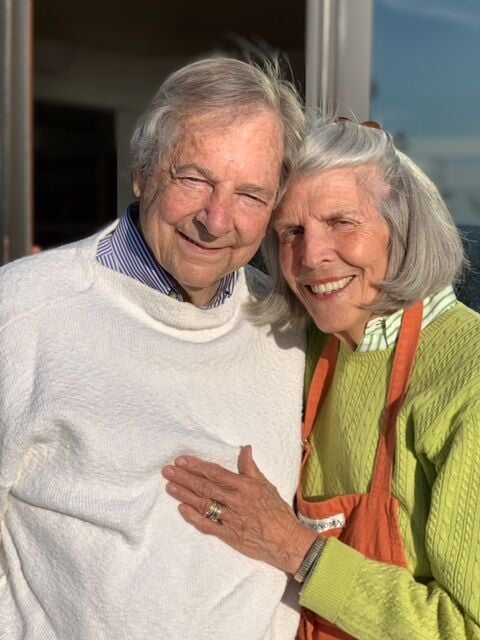 Bob and Nancy Giles at the couple’s cottage at Cathead Point in Leelanau County in June 2020. 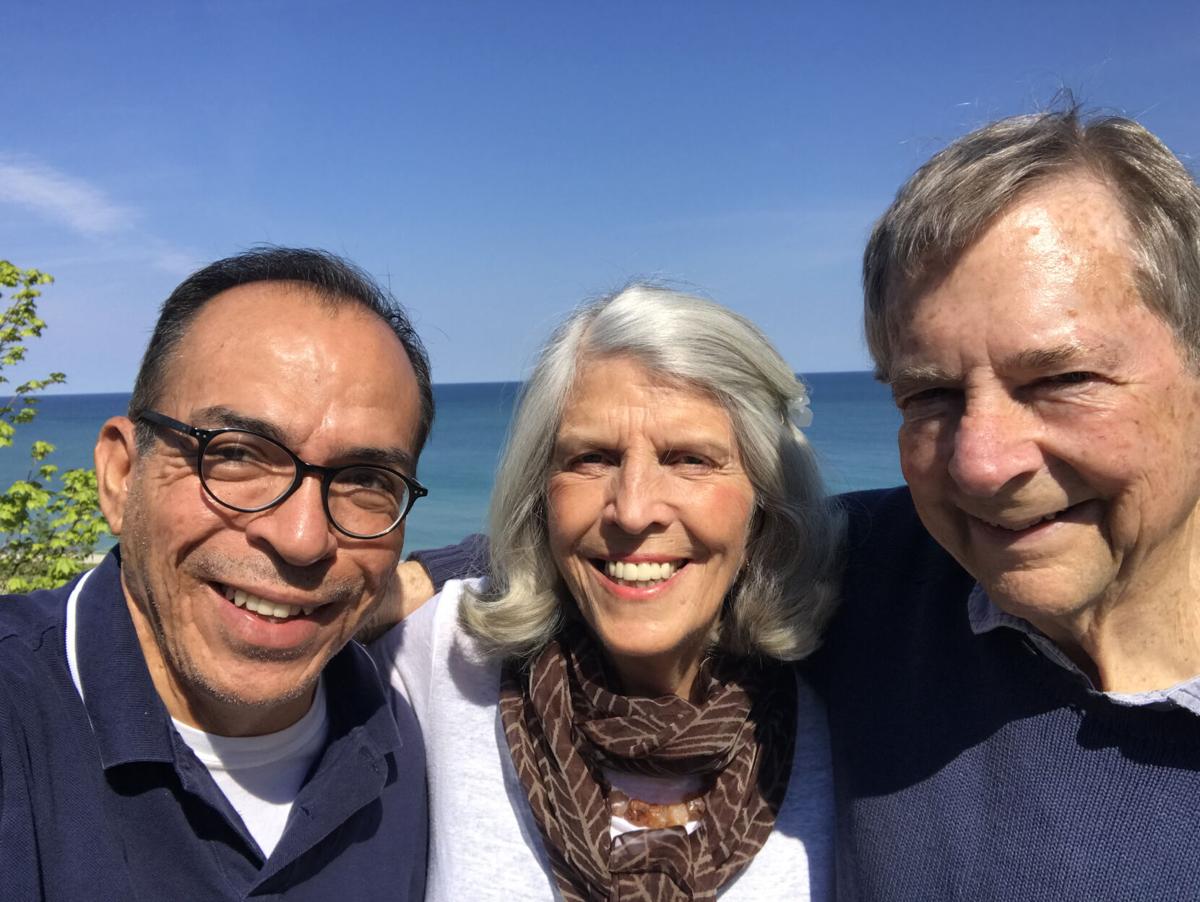 Nieman Fellow Alfredo Corchado, left, with Dr. Nancy and Bob Giles outside their cottage near Cathead Point in Leelanau County.

Dr. Nancy Giles, a psychologist and tireless volunteer with many organizations in the area, died July 7 in Traverse City. Giles was 82 years old.

Bob and Nancy Giles at the couple’s cottage at Cathead Point in Leelanau County in June 2020.

Nieman Fellow Alfredo Corchado, left, with Dr. Nancy and Bob Giles outside their cottage near Cathead Point in Leelanau County.

TRAVERSE CITY — Dr. Nancy Giles cared for the people around her in deep and profound ways — a sentiment that echoes from the many communities where she and her husband of 61 years, Robert Giles, moved during his 40-year career in journalism.

Dr. Giles, renowned for her work as a practicing psychologist and a tireless volunteer, died July 7 in Traverse City. Born Nancy May Morgan, she was 82.

Dr. Giles is remembered for using her professional and personal skills wherever she lived, making enormous contributions to each community and more importantly the people she came into contact with during her life. That included the Traverse City area, where she lived full-time since the winter of 2013.

“She was truly a partner in this wonderful journey we were having,” said Bob Giles, a member of the editorial board at the Traverse City Record-Eagle who won a Pulitzer Prize for coverage of the 1970 Kent State shooting while editor of the Akron Beacon-Journal and with the Detroit News in 1994.

“She made people around her better. She left saddened friends everywhere.”

One of those was Karen Segal, the former co-chair of the International Affairs Forum in Traverse City. Segal said Nancy Giles is a role model in every way who strived in every endeavor to “always do your best.”

“She was exceptional,” Segal said. “When I think about people I would like to model myself after, Nancy is at the top of that list, just how your life just fits together right. She was a remarkable individual.”

Even in her ‘retirement,’ Nancy Giles sought out places where she could assist others through their most difficult times. Giles was lauded for her work with the Grand Traverse County Probate Court and its Court Appointed Special Advocate (CASA) program.

“She came to our community and got involved right away,” Grand Traverse County Probate Court Judge Melanie Stanton said. “She immersed herself and made a commitment to our community. She did that every time she went somewhere and she definitely did that here.”

Probate Registrar Amanda Flowers said the Probate Court was better for having someone like Giles available to it. Flowers said even though she didn’t work directly with Giles, the doctor’s qualifications were unquestioned.

“I felt very lucky to have someone like Nancy with her skills volunteer to work with the court,” Flowers said. “We were very fortunate. She was such a wonderful lady.”

Stanton said Giles earned higher level degrees while being a wife and mother to the couple’s three children, David, Megan Giles Cooney and Rob. All of the couple’s children and four grandchildren survive.

“She was pretty darn progressive if you think about it,” Stanton said. “There’s not much that lady couldn’t do.”

Stanton went on to describe Giles as “a super lady; a super woman; a super hero really.”

But it was Giles’ ability to work with children during their most vulnerable time — when they were removed from their families by the court — where the psychologist did her best work.

“(The court) can get a little biased and see things differently,” Stanton said. “This gives us a fresh perspective from a person outside the court about what the kids need.”

Stanton said Giles also worked with parents during a stretch in Behavioral Court. Whether it was working with children or parents, Stanton said Nancy Giles had an unmistakable style.

“She was very elegant,” the judge said. “When she walked into a room she had this presence about her. I call it elegance.

“Then when she talked, you saw she was the most down-to-earth ... wonderful person. She was an invaluable asset to our court.”

“She had a great affection for Judge Stanton,” Bob Giles said “Her work with the Probate Court was an important part of her professional life when we moved to Traverse City. She was not able to have a full-time experience even though she wanted to, but she did volunteer work and got great satisfaction from it.”

Nancy Giles was involved in several other area endeavors including the Friends of the Leelanau Township Library and Grand Traverse Industries.

“One of her favorite volunteer outlets was with Grand Traverse Industries,” Bob Giles said. “She was very fond of (recently retired CEO) Steve Perdue. She was very dedicated to the principals they were following with disabled workers.”

Segal said the International Affairs Forum was one of the many organizations where the Bob and Nancy functioned as a unit. Segal said the Giles’ wouldn’t just secure interesting speakers, but also host them in their home.

“They really brought the world here to Traverse City with their connections,” Segal said.

Bob Giles, who sits on the board for the IAF, said it was one of the organizations he was active in, but was one where his late wife shone. Segal said Nancy Giles often asked the most thoughtful questions of the speakers.

“She met a lot of people and charmed a lot of people along the way,” Bob Giles said. “She outshone me in many ways in our life together. She was such a beloved figure among the Nieman fellows.”

Alfredo Corchado, author and Mexico border correspondent for the The Dallas Morning News, was a Nieman fellow in 2009. Corchado said his class featured several international fellows.

“I’ve always seen my Nieman class of 2009 as little flickering lights around the globe,” Corchado said in a text message. “But to me, Nancy’s big, warm smile was the brightest of them all.

“She and Bob epitomized the meaning of the Nieman year when we literally formed a new family. Theirs was a timeless love story and we’re so, so lucky they shared it with us, so unselfishly.”

Bob Giles said Nancy would host Sunday dinner for Nieman fellows and do all the cooking. He said if someone commented on the meal, Nancy Giles would write down the recipe and present it to the guest before they left.

Some of the Nieman fellows arrived in Cambridge, Massachusetts after reporting on difficult and horrific stories from the U.S. and around the world. Bob Giles said Nancy would often step into her role as psychologist and help with their PTSD.

“She reached out to them in such a way to get them to speak about their emotions and their feelings,” he said.

Bob Giles said Nancy, who originally considered becoming a medical doctor before “love won out,” was deeply passionate about issues such as fair housing and civil rights in the 1960s and 1970s. Those less fortunate and especially children was another lifelong concern of Nancy Giles, one that probably led to her work in psychology.

Corchado remembers visiting Bob and Nancy in June 2018, the last time he saw them in person.

“Nancy, the friend and psychologist, was concerned about Tornillo, the tent facility for migrant children and teens,” Corchado recalled. “This was classic Nancy. She remained engaged and genuinely concerned about every Nieman Fellow and the places they call home. We talked late into the night about their long-term psychological impact.

“I will miss her wisdom, wit and that huge heart, and of course, that smile.”

When Bob Giles wrote his 2020 book, “When Truth Mattered,” about the Kent State shootings 50 years later, he said his wife served as “the first reader in chief.” Bob Giles could think of no better person to serve in that role.

“She lived with me through that time in Akron when the Kent State shooting occurred and the stressful period I had fully occupied with covering the event,” Bob Giles said. “She was right there with me and could have filled some stories of her own.

As Nancy Giles did with his book and in every community they lived in — from Akron, Ohio to Detroit, New York to Boston and finally Traverse City — she found a way to make the thing and the people around her better.

A memorial service for Nancy Giles will be planned at a future date.