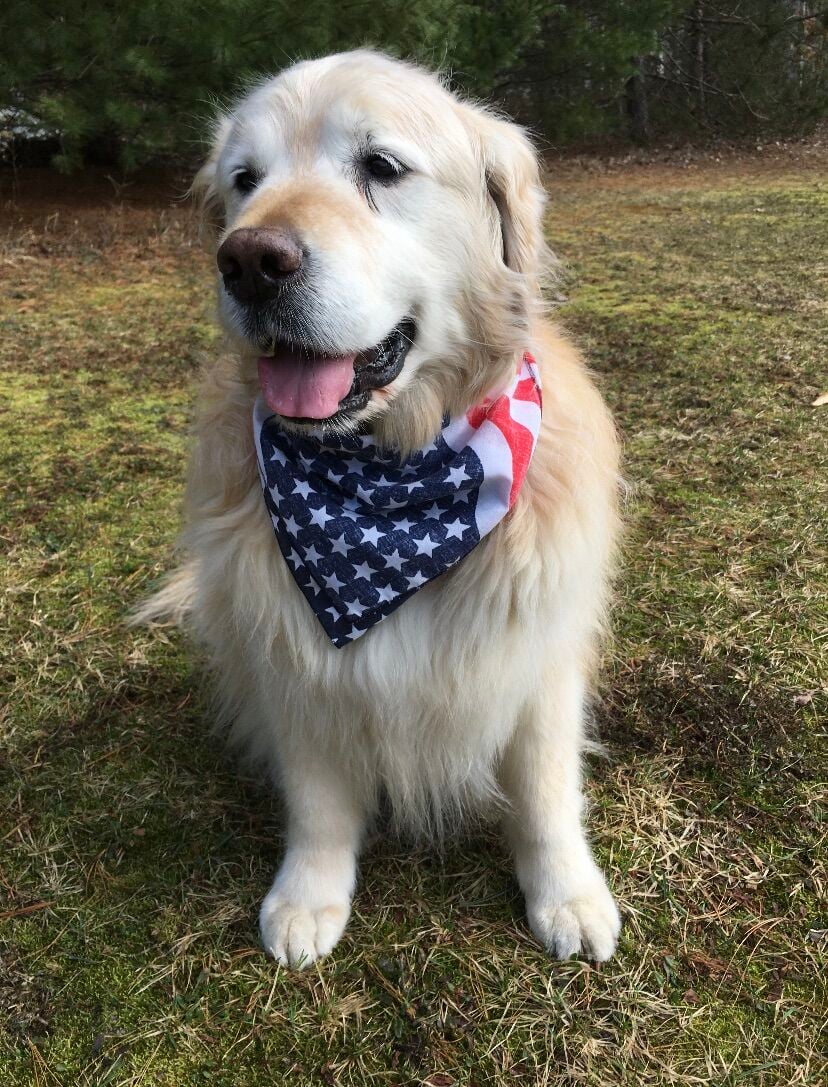 Chance, a golden retriever rescued from Turkey, is pictured at his home outside of Petoskey. 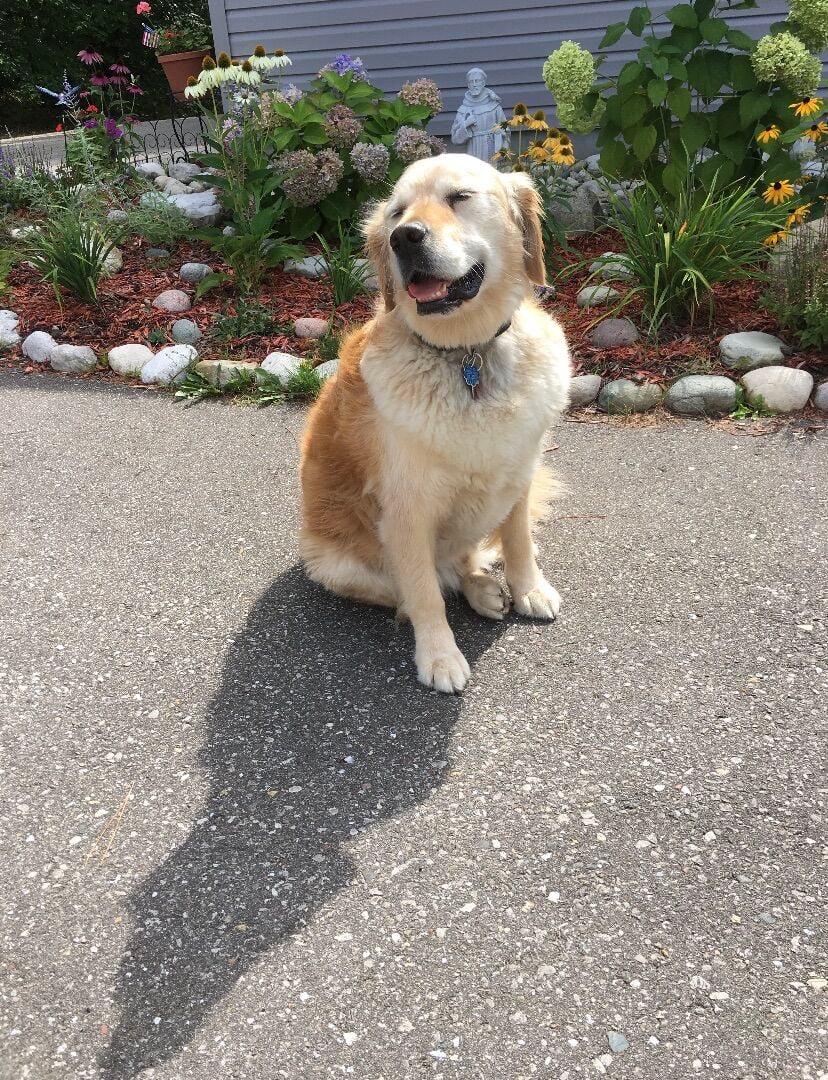 Chance, a golden retriever rescued from Turkey, is pictured on a sunny day at his home outside of Petoskey. 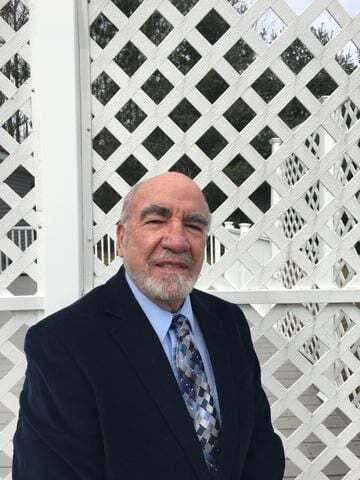 Armando Gonzalez-Perez is the author of “Chance: From Turkey with Love.”

Chance, a golden retriever rescued from Turkey, is pictured at his home outside of Petoskey.

Chance, a golden retriever rescued from Turkey, is pictured on a sunny day at his home outside of Petoskey.

Armando Gonzalez-Perez is the author of “Chance: From Turkey with Love.”

PETOSKEY — Armando Gonzalez-Perez got a call about adopting a special golden retriever.

“We have a dog for you that came from Turkey,” said the person on the line from Great Lakes Golden Retriever Rescue said.

Gonzalez-Perez wasn’t sure at first. The moment the dog came into his house he urinated and pooped.

“I said ‘Oh no. This dog needs training,’” he recalled.

“I told them I will take him for three days and see how behaves,” Gonzalez-Perez said. “He just changed immediately.”

Now the dog, Chance, is the inspiration of a fictional book the retired Marquette professor wrote based off his own experience adopting an animal refugee.

“Chance: From Turkey With Love” is now available both in local bookstores and online. Illustrated by Jeanne Willoughby, the story is told from the perspective of the dog and intended for families to read.

Gonzalez-Perez, a Language, Literatures & Culture professor at Marquette, said he put a lot of research into the background of dogs like Chance.

Golden retrievers are popular among wealthy families in Turkey, but when the animals get older they are abandoned. It’s not uncommon to see a stray golden retriever in the street. In Muslim cultures, dogs are not considered clean and are usually kept outside, never coming into an owner’s house.

“This is not what the Quran preaches. All animals are part of the community of God, of Allah,” Gonzalez-Perez said. “They usually don’t let them inside for hygiene reasons. Not all Muslims believe that, but most of them do that. They keep them outside.”

The dog who was chipped with the name “Scoit” was rescued from Istanbul and moved to a shelter in Atlanta. Scoit was transferred through shelters in Chicago, Detroit and Grand Rapids before ending up in Charlevoix.

That’s when Gonzalez-Perez got the call, having just put down a golden he adopted nine months ago. He believes the dog’s name, Scoit, was derived from a Scottish heritage.

“I named him Chance because I believe in a second chance for people as well as for animals,” Gonzalez-Perez said. “I felt a connection with this dog.”

Like the dog, Gonzalez-Perez, who was born in Cuba, knows what it’s like to leave one’s homeland in search of a better and safer life.

He writes in the book’s epilogue: “My story, like Chance’s, has had many ups and downs. It is a long story full of memories and facts that have contributed greatly to making me who I am and what I believe.

“We both fled from mean and vindictive people and cherish freedom. We believe in the goodness of people and a second chance in life. I was young and very apprehensive like (Chance) when I came to America. It was not an easy decision, but there was no future for me in my country.”

Gonzalez-Perez recalled a story where Chance helped him out of a wooded area north of Petoskey because his cell phone wasn’t working and he was lost.

Stories like that and seeing how Chance behaved around him gave Gonzalez-Perez ideas of how Chance would have behaved in Turkey. Chance’s medical record also showed that he had a tooth removed because the nerve was exposed, something the vet told him may have been a sign the dog had to fight in order to survive.

In the story Chance befriends another golden retriever in Turkey and joins a pack, eventually ending at the present day. One of the main themes is love, Gonzalez-Perez said, and the book is written for a family audience.

In the book’s testimonials, Dr. Ryan Warnemuende of Jensen’s Animal Hospital in Petoskey said as a veterinarian he always speculates about what life looked like for rescued dogs before finding a home.

“This is a poignant story told from a dog’s perspective, highlighting the human-animal bond and unconditional love of dogs,” Warnemuende said. “Chance’s amazing journey across continents, to find his permanent home, is just one example of what rescue animals go through, and the mutual benefits received by owners and companions alike.”

Willoughby, the illustrator, was Gonzalez-Perez’ sponsor-sister when he came to the U.S. as a Cuban refugee at 18 to study English at Ferris State.

The book is published by Mission Point Press and costs $16.95. It’s published in both English and Spanish.

A portion of the book’s sales will be donated to Petoskey United Methodist Church, Community Assistance, and Great Lakes Golden Retriever Rescue.