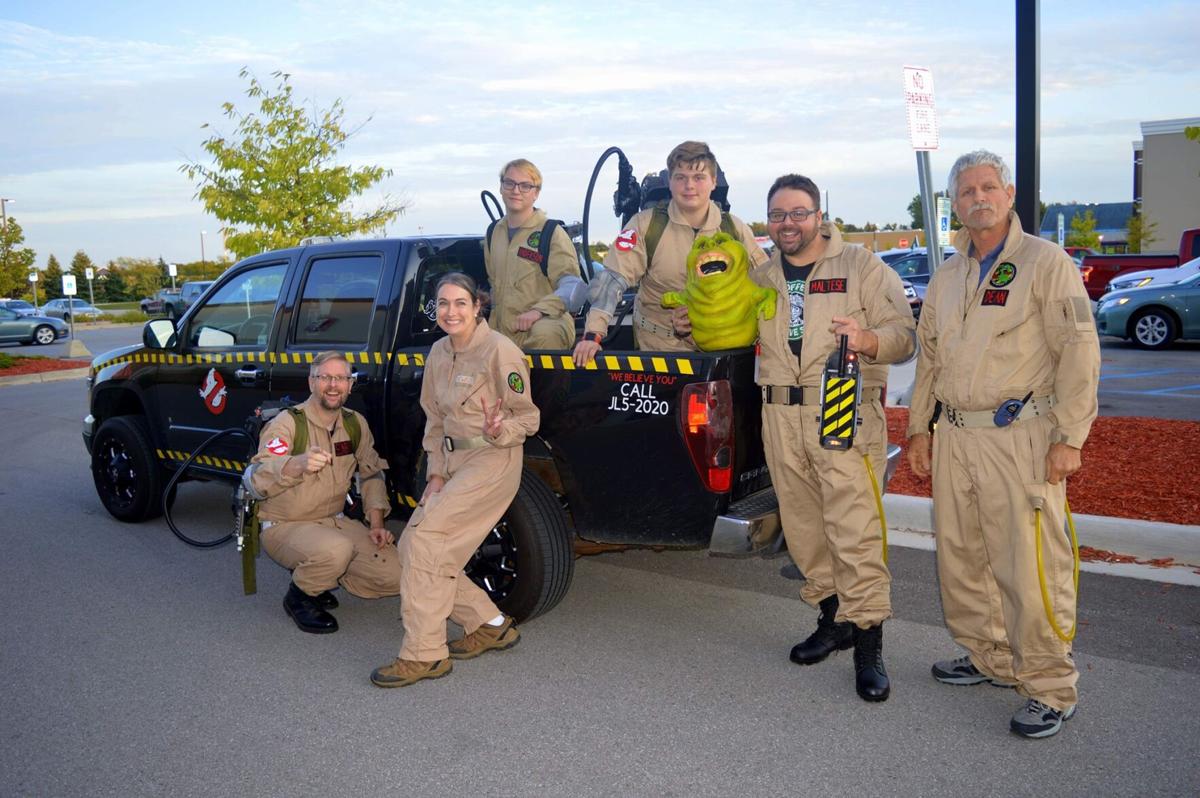 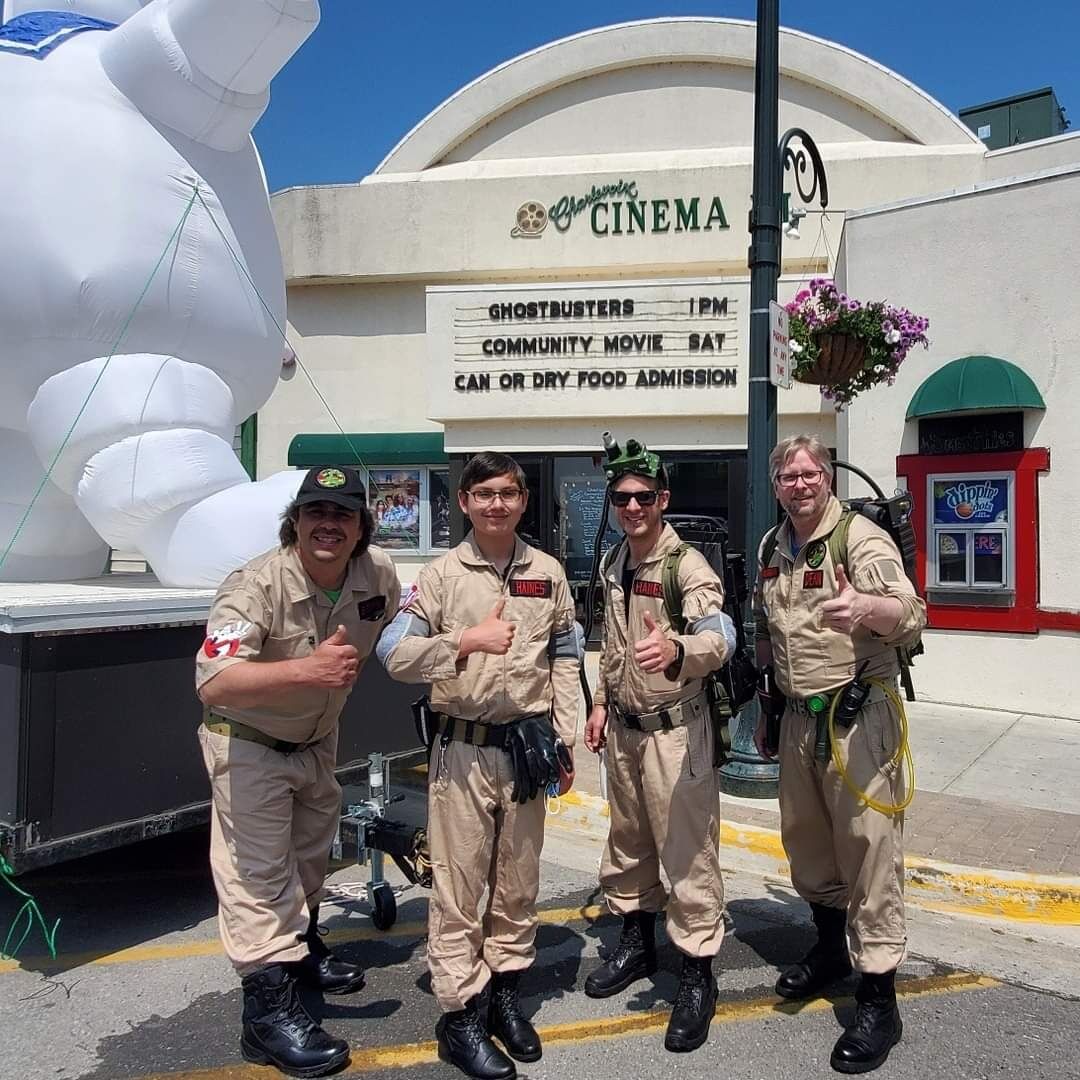 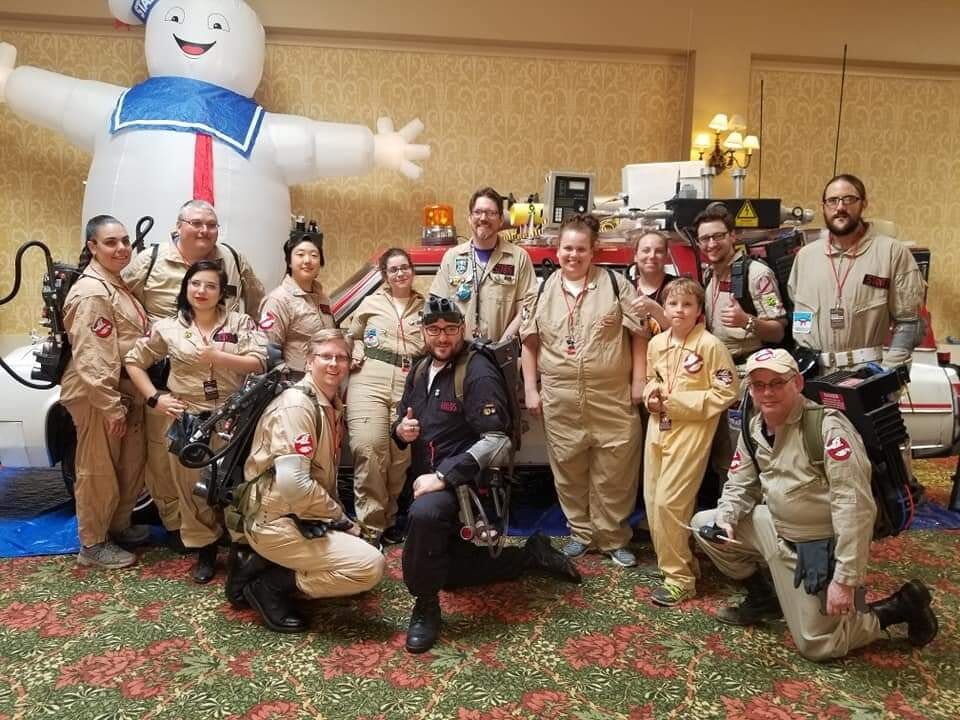 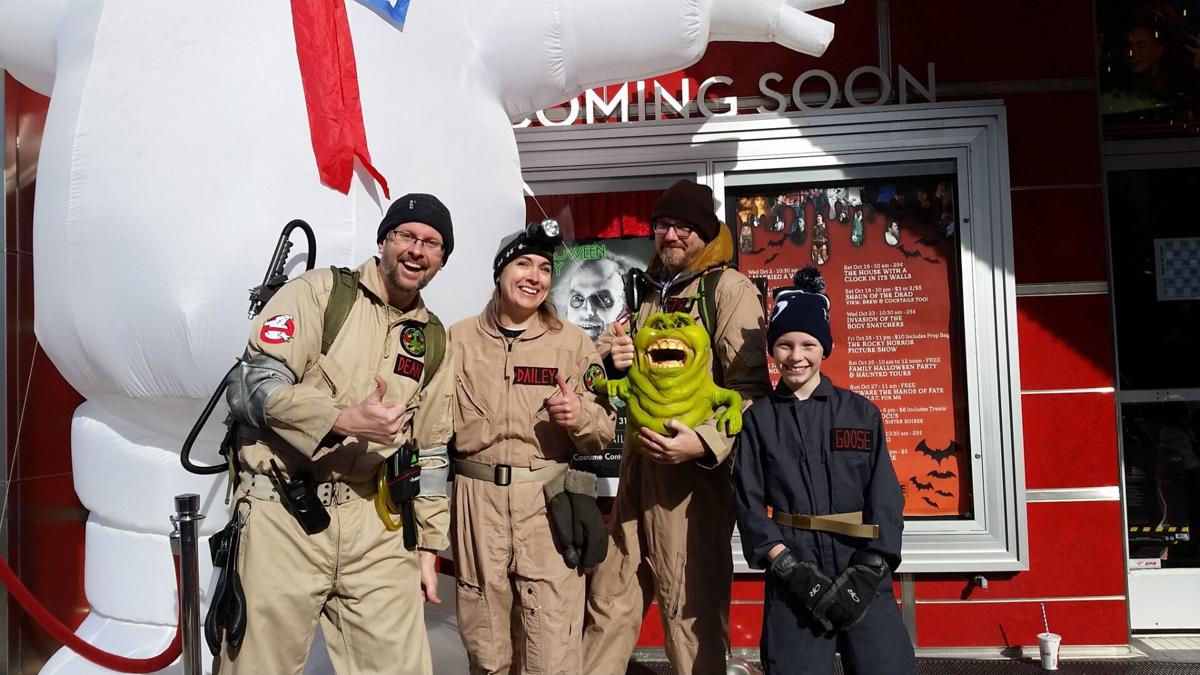 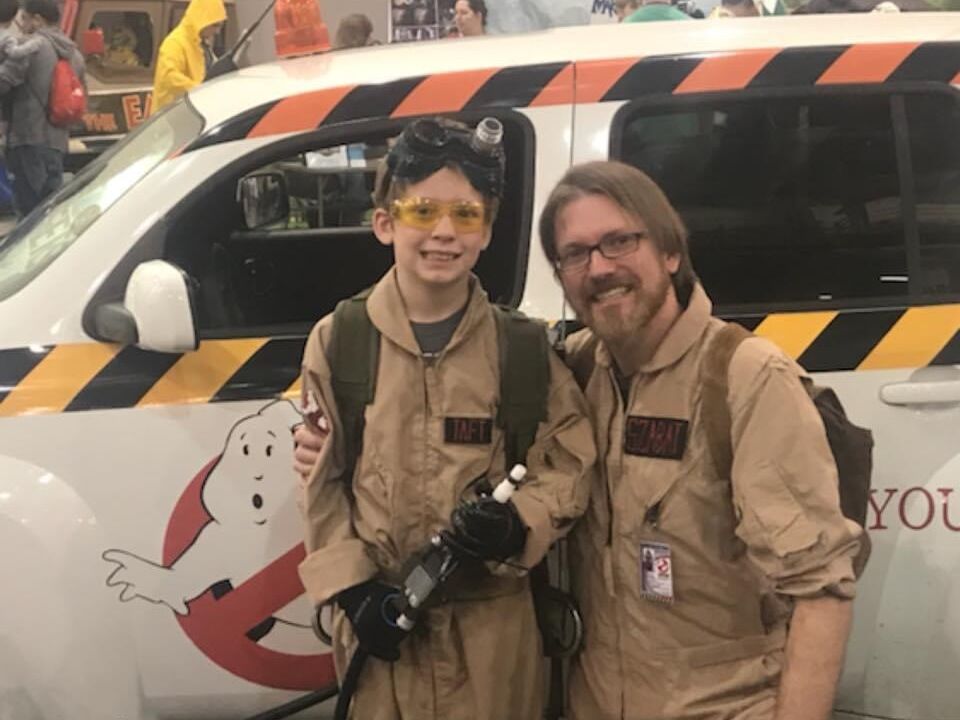 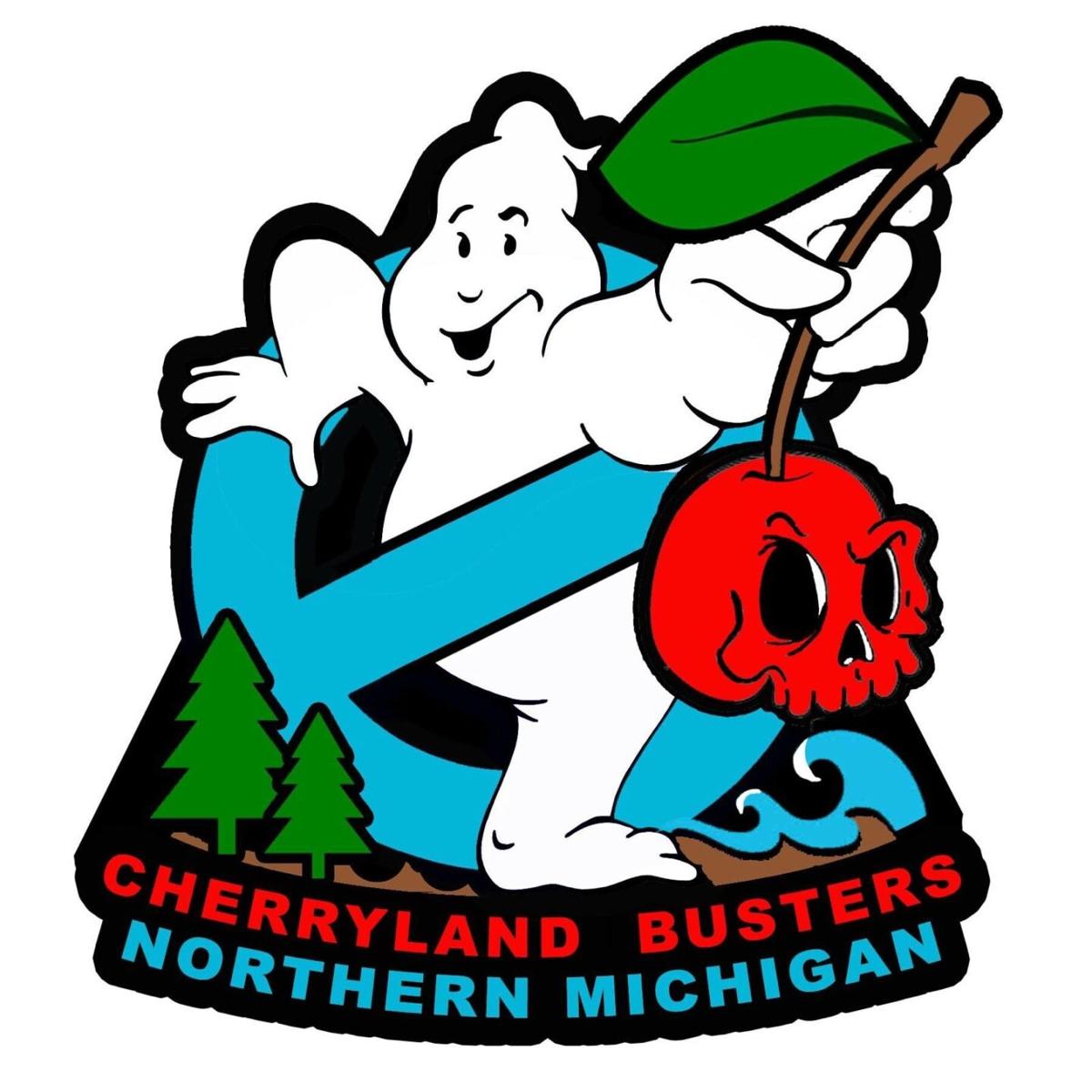 The logo of the Cherryland Ghostbusters.

The logo of the Cherryland Ghostbusters.

TRAVERSE CITY — If there’s something strange in your neighborhood, unfortunately the Cherryland Ghostbusters may not be the ones to call.

Instead you may find the Ghostbusters outside a northern Michigan theater posing for photos before a screening of the movie their large cosplay team started from. The 20 members have raised several thousand dollars in public appearances with their elaborate proton packs and tan flight suits.

“It was something that we just did on a lark that has turned into this whole organization that’s doing good throughout northern Michigan,” said founding member Karl Bielman of Traverse City. “But it was totally just a Halloween costume that basically got out of control.”

Bielman said his 8-year-old son, Agustus, wanted to be a Ghostbuster for Halloween one year.

The Bielmans made the costume, but first wanted to show it off at a Comic Con in Grand Rapids to make sure it worked. That’s when Agustus and Karl met Nate Dean — also in a Ghostbuster getup — who introduced himself and talked about a defunct Ghostbuster group he had ran in Traverse City.

Ghostbuster groups are scattered across the U.S. and range from being centered on cosplay, the famous 1984 movie with Bill Murray and Dan Aykroyd, paranormal hunting or some form of all of the above. There are several other Ghostbuster groups in Michigan. The closest is in Newaygo County.

Dean and Karl Bielman joined forces with friend Jason Maltese of Petoskey. The three joke that they are the “co-founders” and Agustus, now 12, is the real founder.

“I went through a bunch of different name choices for it but the reason ‘Cherryland’ was chosen is because of Cherryland Middle School in Elk Rapids, which was the age that I was in where I was at when I saw the movie for the first time,” Bielman said.

Now the Ghostbusters have membership all the way out to Grayling — and their jobs around Traverse City involve things much larger than the Stay Puft Marshmallow Man.

Dean has helped the Ghostbusters become involved in several charities, food drives and foundations around the northwest Lower Peninsula.

For the last three years the group raised money for the local Alzheimer’s Association chapter through its walks out of Traverse City and Petoskey. Within that time it has been involved with Make a Wish Michigan, the American Cancer Society, The Suicide Prevention Fund, and several libraries.

“This year we intend to do something more active with Toys for Tots,” Dean said.

Dean and the Cherryland Busters also played a role in a fundraising campaign to replace a screen-used Ghostbusters 2 sign at the famous Hook & Ladder 8 firehouse in New York. The exterior of the firehouse was the location both movies were filmed at, making it a tourist destination in Manhattan.

On occasion the fire department would put the sign on display during Halloween season, but recently fans of the movie noticed it was damaged. That prompted a GoFundMe campaign from the Buffalo Ghostbusters, which Dean donated to.

The campaign exceeded its $1,000 goal with $6,700 raised. The replica sign was presented to the fire department to allow the staff to preserve the movie prop and prevent it from further damage and excess funds were donated to FDNY. The ‘Cherryland Ghostbusters’ name along with 27 other groups are now inscribed on a plaque currently on display in the fire department.

“Now we are forever associated with probably for most people that love Ghostbusters, their Mecca to go visit,” Dean said.

As for the Ghostbuster costumes themselves, Dean said Bielman’s proton pack is easily the best. It’s a replica made from a fiberglass shell that weighs around 70 pounds.

The rest of the costumes like the tan flight suit, patches, gloves and shoes are made with everyday materials. That’s something unique to the Ghostbusters franchise compared to one like Star Wars, Dean said.

“We kind of treat it like we are part of Ghostbusters like as if it existed now, and that we’re all real people who just have a job of working at Ghostbusters,” Dean said.

Many people ask the Ghostbusters at outreach events things like “Do you believe in ghosts?” or “Can you go do something to my house because I have a ghost?”

Bielman said that’s a fine line to walk — paranormal hunting and cosplaying as a movie Ghostbuster — because doing those things in a Ghostbusters uniform would be a distraction to what Dean and others in the group are trying to do with it.

“Those people that actually might actually go and say ‘I really genuinely don’t like the feeling I have when I walk into my house’ ... and you’re kind of showing up in these silly costumes,” Dean said.

Dean has good hopes that the “Ghostbusters: Afterlife” movie set to be in theaters Nov. 11 shows what the future of the Ghostbusters cosplay world holds.

The date moved several times in the last 1.5 years because of the COVID-19 pandemic. It was originally set to be in theaters July 10, 2020. One of the busters from the 1984 movie, Ernie Hudson, is from southwest Michigan and will reprise his role as Winston Zeddemore in Afterlife.

“This movie coming out is like our Super Bowl,” Dean said. “I imagine we’ll be at a lot of theaters.”