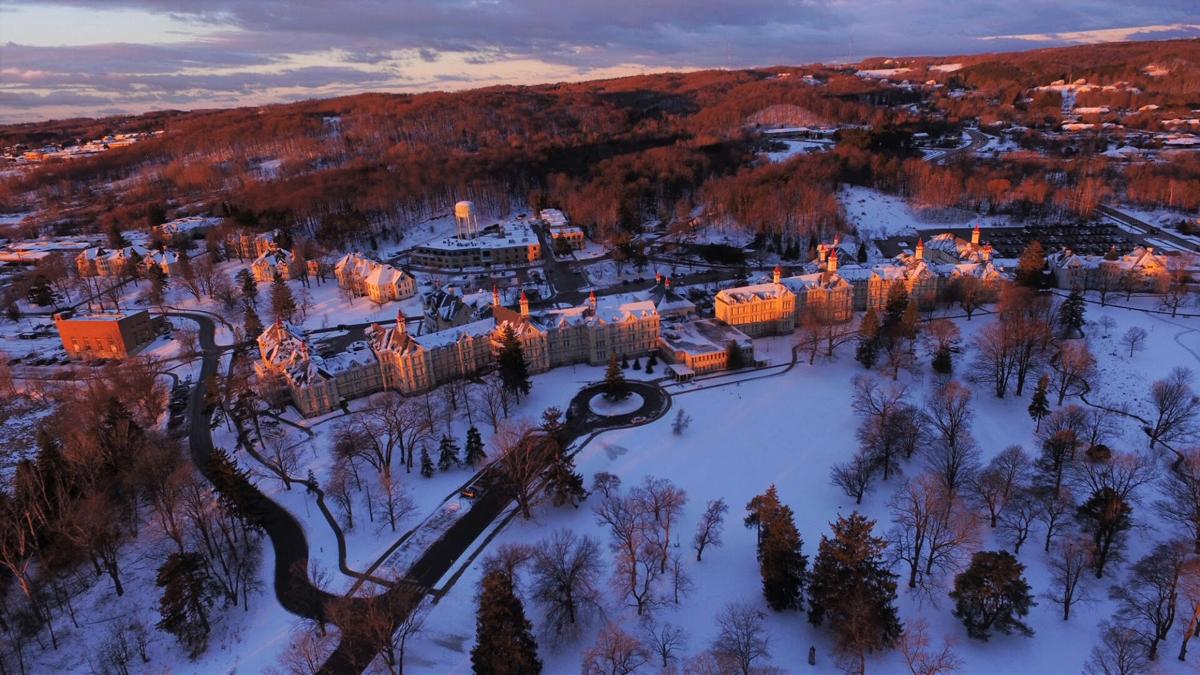 An aerial view of the Commons bathed in alpenglow in January 2021. 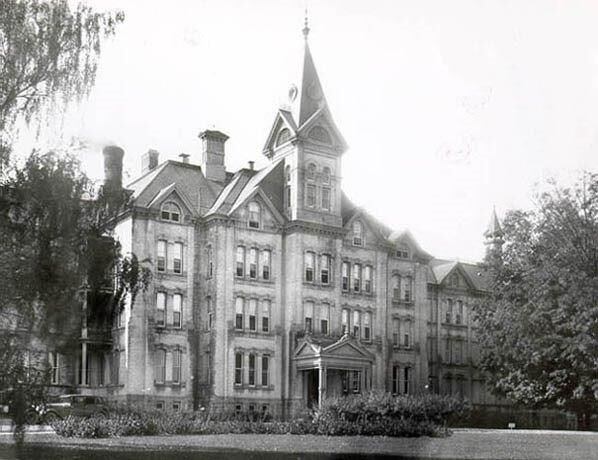 Top, Old Center circa 1920 was the administrative offices for the Traverse City State Hospital. Above, an aerial view of the Commons bathed in alpenglow in January 2021. 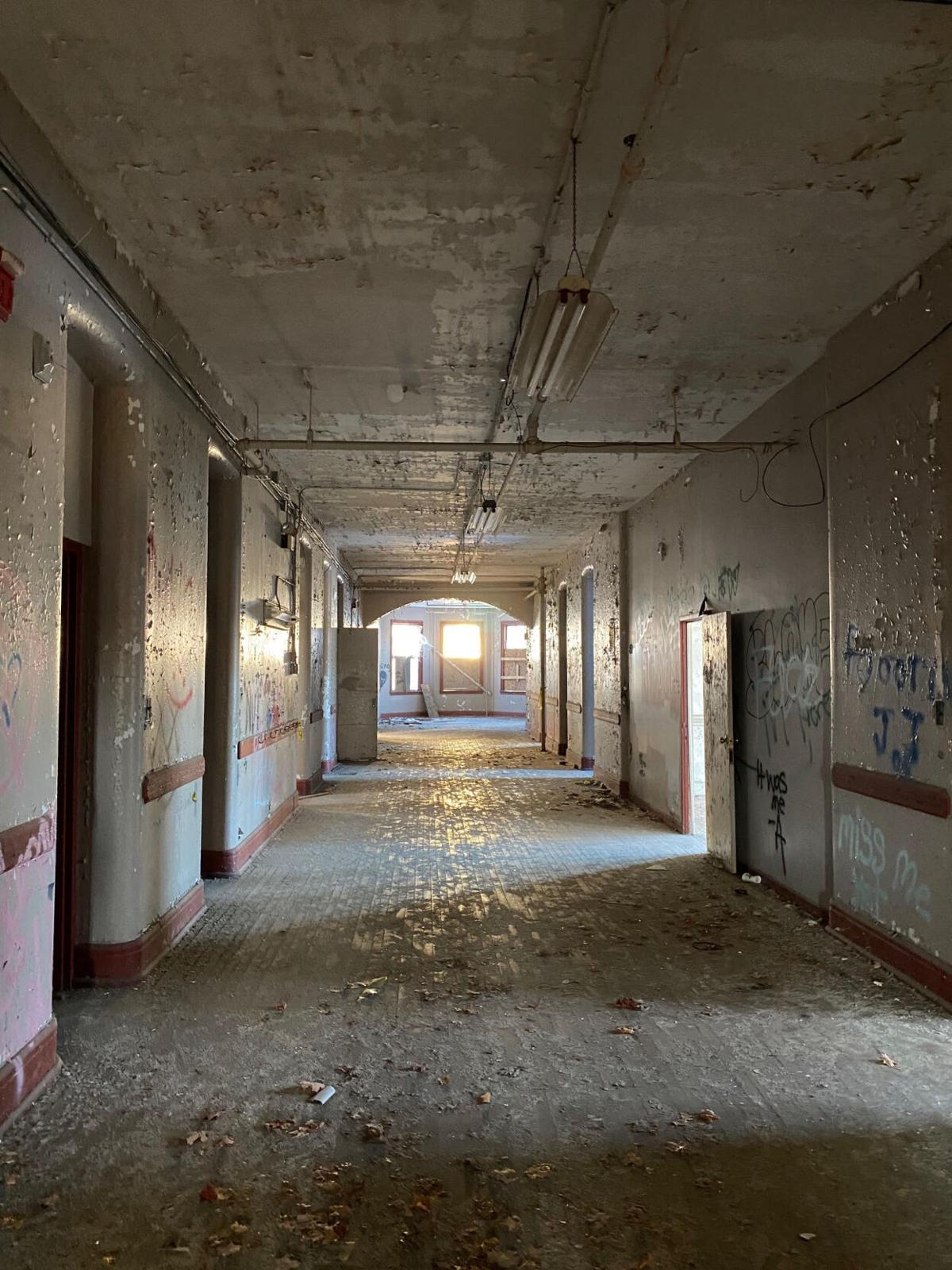 A corridor in a former men’s cottage on the south end of campus in January 2021.

An aerial view of the Commons bathed in alpenglow in January 2021.

Top, Old Center circa 1920 was the administrative offices for the Traverse City State Hospital. Above, an aerial view of the Commons bathed in alpenglow in January 2021.

A corridor in a former men’s cottage on the south end of campus in January 2021.

TRAVERSE CITY — Confined to your family bubble? It might be the right time to “Escape to the Asylum” and discover the former Traverse City State Hospital’s stories via a private tour.

Prior to the pandemic, 15,000 people toured the shuttered psychiatric hospital annually in groups of up to 25 people. Private, two-hour tours offer family groups of up to five people a safe opportunity to look deeply at a vital part of the community’s past.

Tours explore the site’s Victorian-Italianate architecture and more than 100 years of social and medical history. Guides, each with a personal connection to the site, share firsthand knowledge and hospital lore.

Vanessa Vance’s father served as hospital superintendent in the 1970s when 1,000 patients were admitted annually. She grew up on hospital grounds where a “Beauty is Therapy” philosophy prevailed.

“A lot of people take tours because they want to hear horror stories,” Vance said. “But I like to dispel myths. I want to be factual. The truth is, it was a very progressive place when it opened.”

Personal tours showcase multiple floors of unrenovated campus buildings and its subterranean infrastructure, namely, the 1883 brick steam tunnel. Craftsmen of the day had only rustic tools to create the collection of buildings designed by Detroit architect Gordon W. Lloyd. Tour guides reveal little known facts, such as more than 8 million bricks were used in the overall construction of the facility.

Guide Catherine Goodwin was raised a few blocks from the Michigan Historic Site. She said the hospital opened at a time when families hid away the mentally ill. The Traverse City facility brought the sufferers out into a setting designed for compassionate care.

The last two tours Goodwin conducted were for Traverse City residents curious about the hospital’s community legacy. She said touring guests are often surprised to learn of the vital role it played in Traverse City’s development. More than 1,000 people were employed by the facility in the 1970s, making it the community’s largest employer for several years.

The hospital was slated for demolition in 1963, but its fate was debated by the state and community for 30 years before it was granted a second life. The Minervini Group purchased it for $1 in 2002 and went about transforming the 63-acre campus and its buildings into themixed-use Village at Grand Traverse Commons.

“How fortunate we still have this,” Goodwin said. “They had a vision of how we could take the buildings and turn them into assets.”

Tours follow COVID guidelines and are limited to family members of the same household. The cost for the private guided experience is $200 for families of up to five people and $25 per person for additional family members. About 75 percent of the mile-long walking tour takes place outdoors. Guests should dress for the weather.

Email katrina@thevillagetc.com to book an Escape to the Asylum private tour.