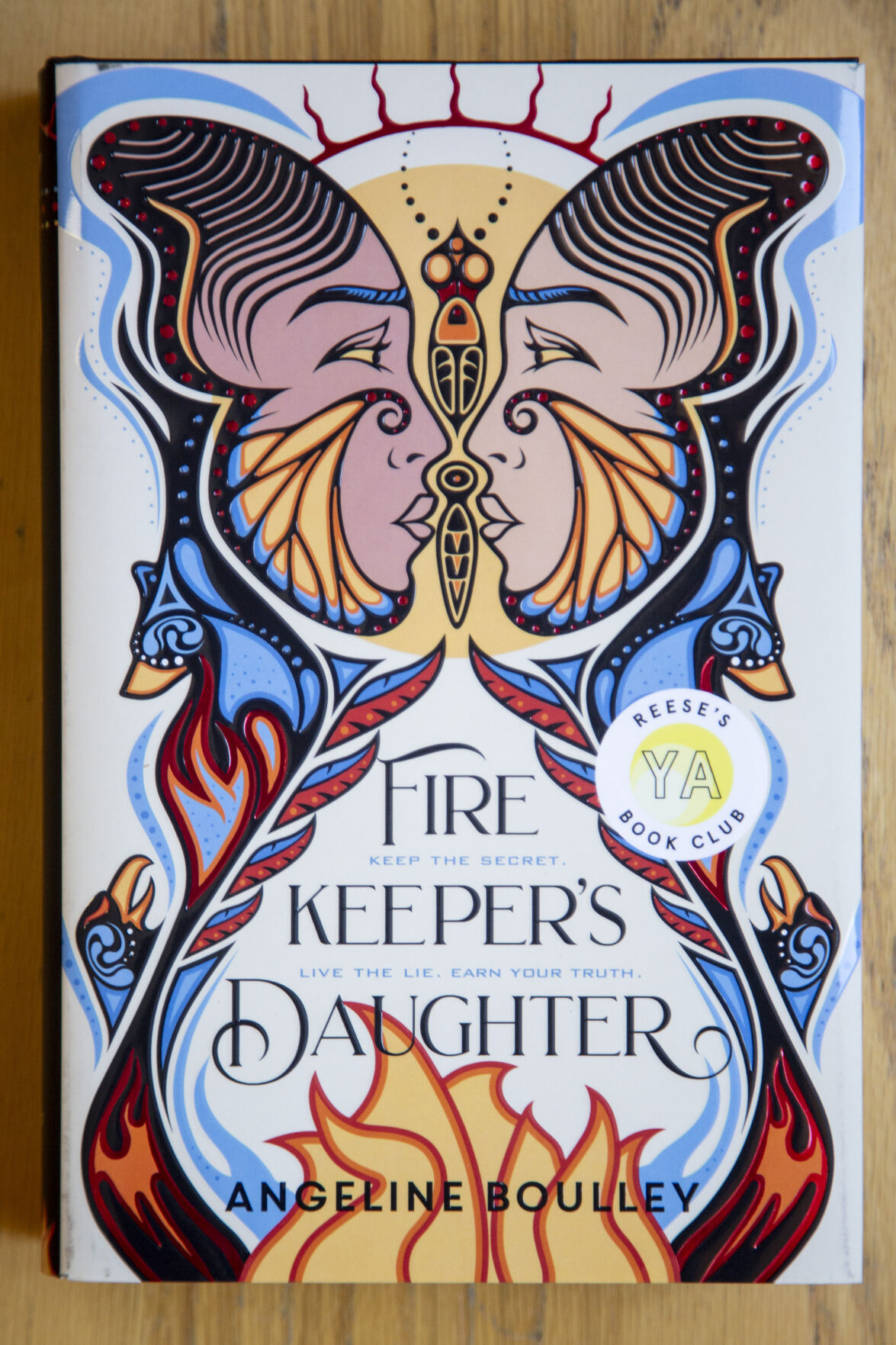 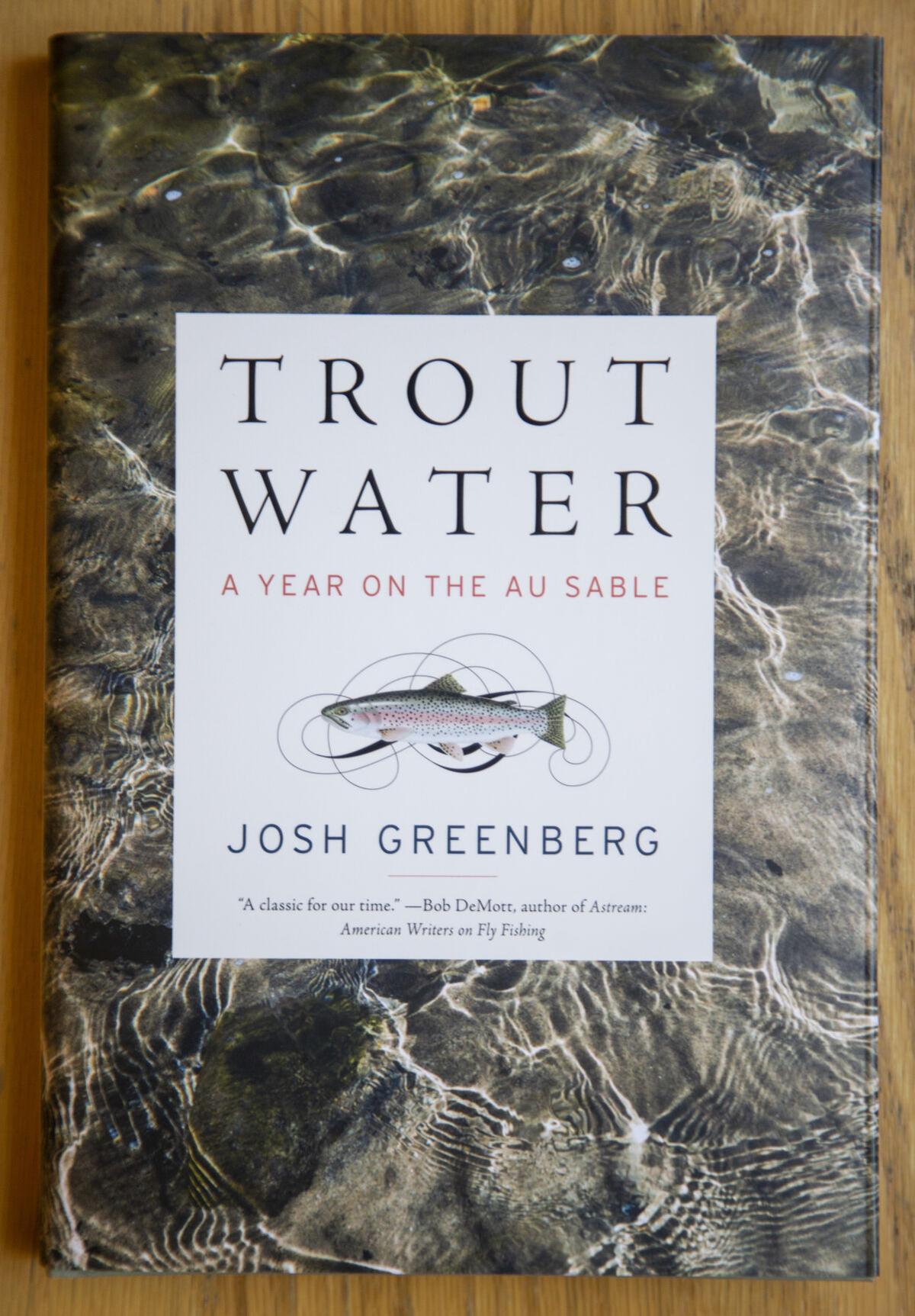 Josh Greenberg’s “Trout Water: A Year on the Au Sable” at Horizon Books in Traverse City on Tuesday. 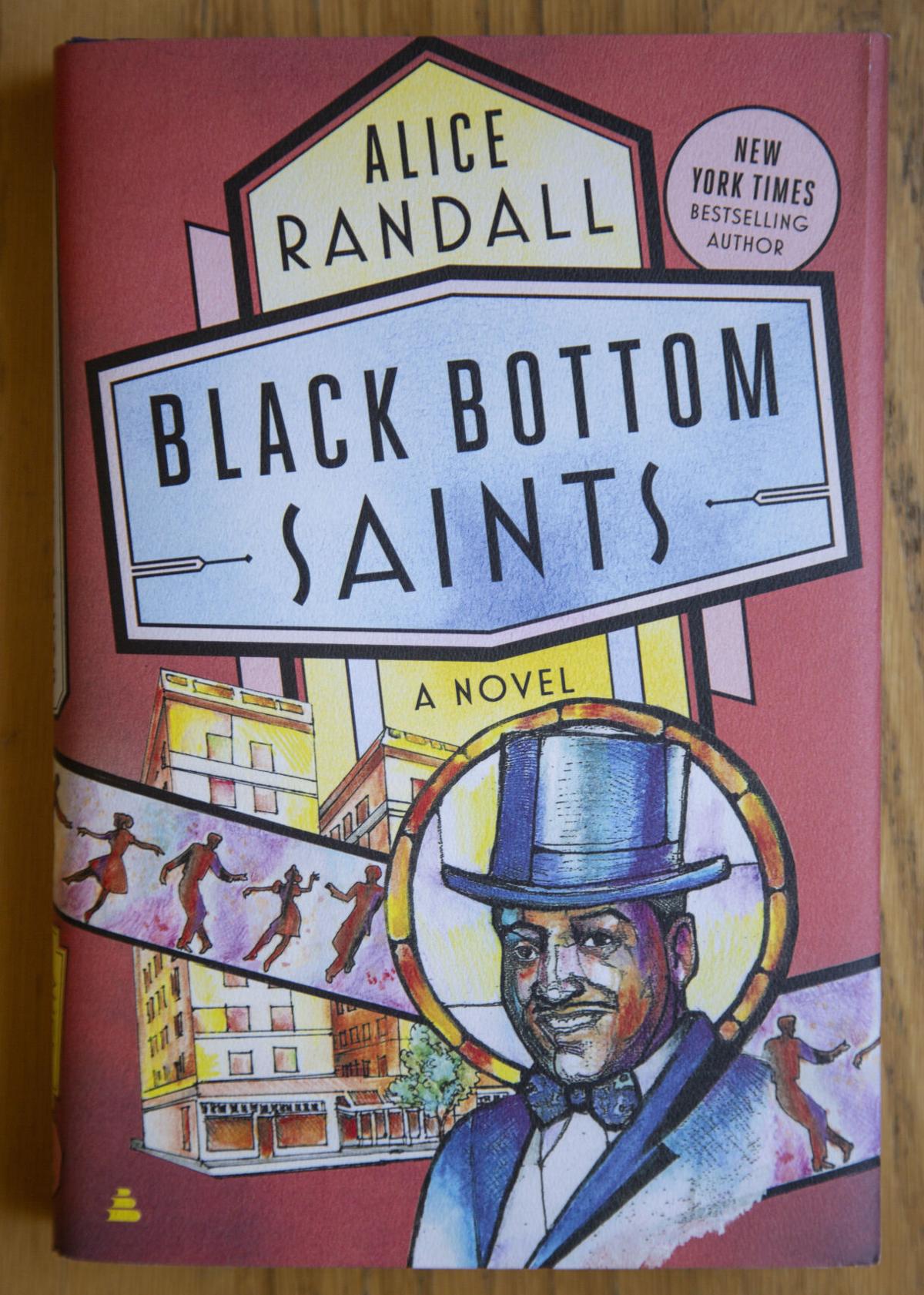 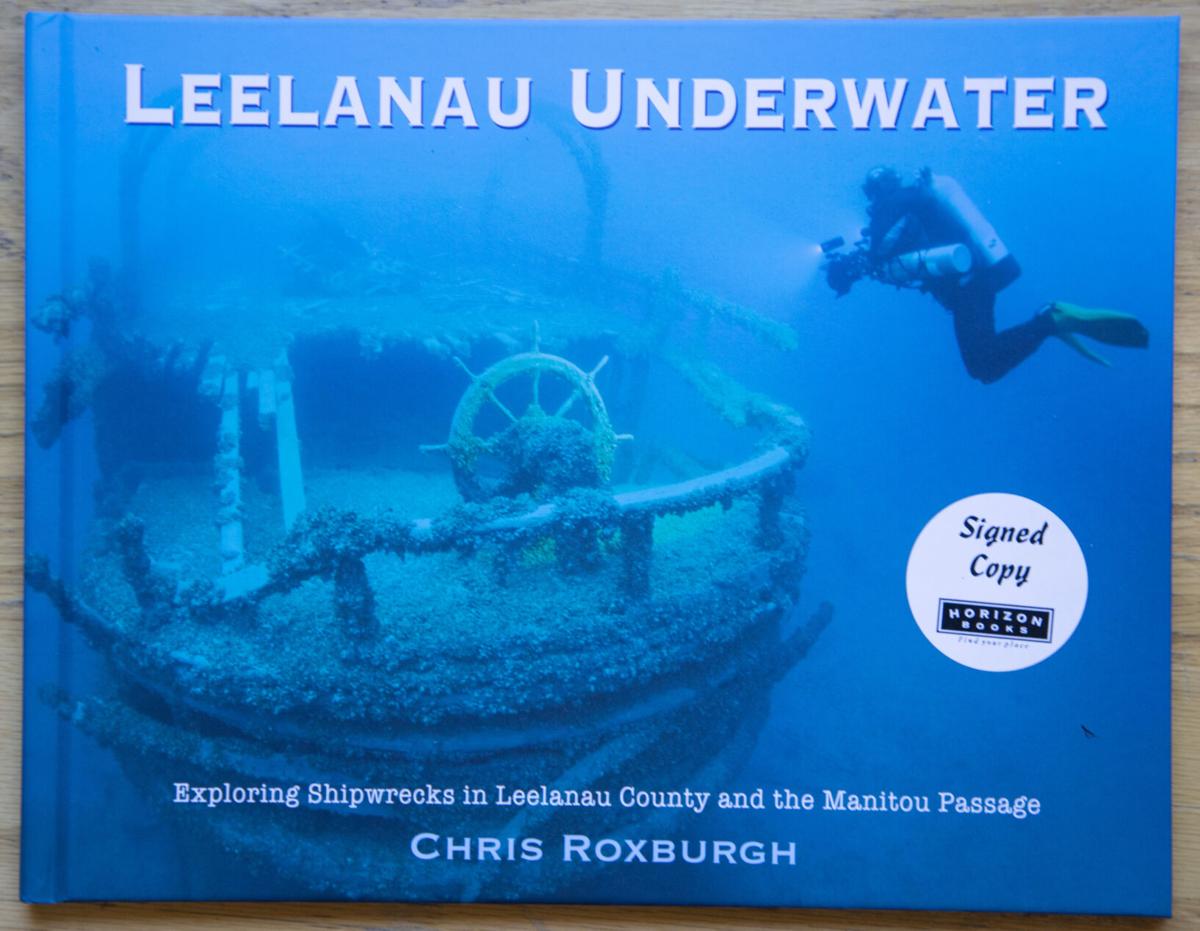 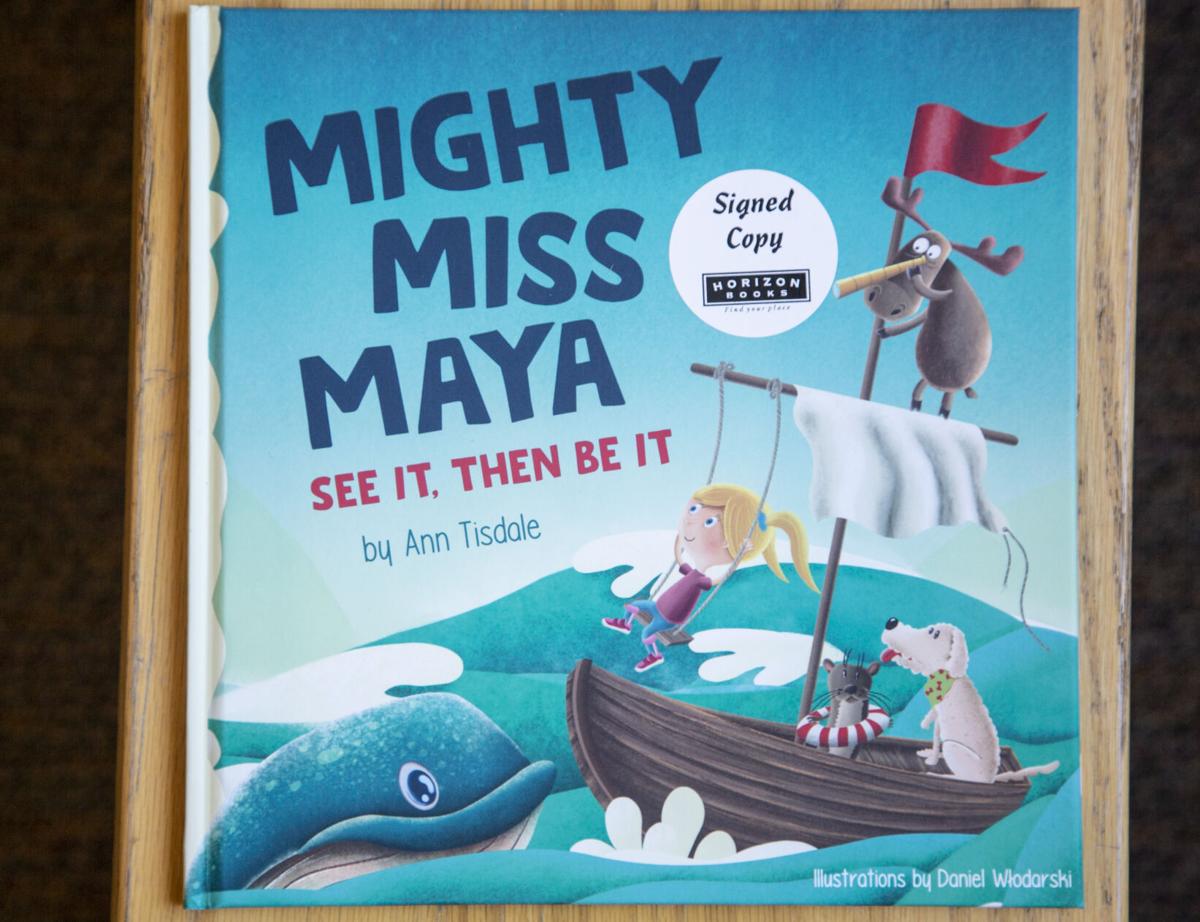 Ann Tisdale’s “Mighty Miss Maya - See It, Then Be It” at Horizon Books in Traverse City on Tuesday. 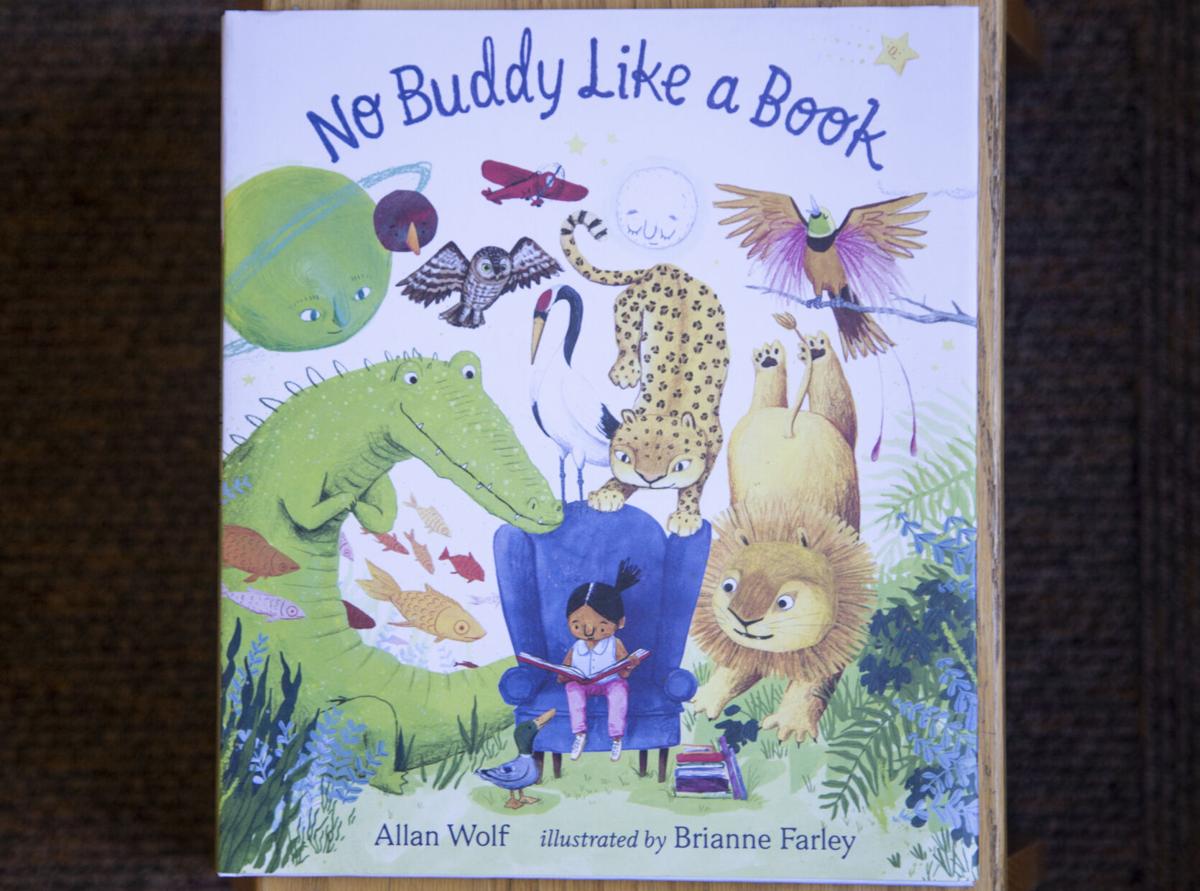 Allan Wolf’s “No Buddy Like a Book” at Horizon Books in Traverse City on Tuesday.

Josh Greenberg’s “Trout Water: A Year on the Au Sable” at Horizon Books in Traverse City on Tuesday.

Ann Tisdale’s “Mighty Miss Maya - See It, Then Be It” at Horizon Books in Traverse City on Tuesday.

Allan Wolf’s “No Buddy Like a Book” at Horizon Books in Traverse City on Tuesday.

Trout Water: A Year on the Au Sable

Josh Greenberg — proprietor of Gates Au Sable Lodge on one of Michigan’s most iconic trout-fishing streams, is struggling to cope with the slow death of a close friend.

When he gets the call that his friend has finally passed, Greenberg is standing in the Au Sable River at dusk.

The solace he takes from fishing — from reading the movement of the river water, studying the play of the light, and relying on his knowledge of insect and fish life — prompts him to reflect on the impact of the natural world on his life in his fisherman’s journal.

Over the course of a year, the journal transcends fishing notes to include some beautifully lyrical nature writing, entertaining stories of the big one that got away, cheerful introspection about a love that’s hard to explain, and yes, a tip or two.

Story-teller and member of the Sault Ste. Marie Tribe of Chippewa Indians, writes a suspenseful and dynamic mystery involving murder and the high school student who witnesses it.

As a biracial, unenrolled tribal member and the product of a scandal, Daunis Fontaine has never quite fit in — both in her hometown and on the nearby Ojibwe reservation. When her family is struck by tragedy, Daunis puts her dreams on hold to care for her fragile mother.

The only bright spot is meeting Jamie, the charming new recruit on her brother’s hockey team. After Daunis witnesses a shocking murder that thrusts her into a criminal investigation, she agrees to go undercover. But the deceptions — and deaths — keep piling up and soon the threat strikes too close to home. How far will she go to protect her community if it means tearing apart the only world she has ever known?

Roxburgh captured and researched nearly two dozen shipwrecks off the shores of the Manitou Passage for this amazing book of photographs, with background about the ships from Great Lakes historians Brendon Baillod and Ross Richardson. The Manitou Passage was the highway of commerce on the Great Lakes moving passengers and freight between Chicago and Detroit from 1825 until the early 1900’s. The passage provided some shelter from north west winds, but the gravel shoals and unpredictable storms especially in the spring and fall resulted in the many shipwrecks resting on the bottom of the passage. The photography is amazingly detailed and colorful documenting and sharing a history many of us have never seen.

The Museum of Everything

When you feel that the world is too big and loud and busy and distracting, you can pretend that you’re in a museum. It’s quiet there, and you can wonder about everything: Is a rock in a puddle an island? Is a dry spot on the ground on a rainy day the shadow of a car that’s just driven off? There’s a museum for everything — for islands and shadows and clouds and trees, and so much more.

Newbery Medalist and acclaimed picture book creator Lynne Rae Perkins balances imagination and creativity with curiosity and facts. She has created the extraordinary artwork in three dimensions — as if each page is an exhibit or installation in a museum. The Museum of Everything encourages young readers to wonder, dream, and explore — and to learn more about the world around them.

Mighty Miss Maya: See It, Then Be It

This is a book about a fierce little girl who doesn’t let anything stand in her way. Maya and her dog, Abby, go on fantastic adventures, seeing new sights, and learning new skills.

Sometimes, Maya faces big challenges and feels very stuck. Luckily, she knows just how mighty she is. “See it,then be it,” she reminds herself, and she soon finds that there’s almost nothing she can’t do!

Maya, aka Mighty Miss Maya, is, in real life, a tenacious 6-year-old living her life with cerebral palsy like a total boss. Since the day she was born she’s had an indomitable spirit. Her contagious smile and “never give up” attitude when facing big challenges has captured hearts and inspired so many across the world.

From the Great Depression through the post-World War II years, Joseph “Ziggy” Johnson, has been the pulse of Detroit’s famous Black Bottom.

A celebrated gossip columnist for the city’s African-American newspaper, the Michigan Chronicle, he is also the emcee of one of the hottest night clubs, where he’s rubbed elbows with the legendary black artists of the era, including Ethel Waters, Billy Eckstein, and Count Basie. Ziggy is also the founder and dean of the Ziggy Johnson School of Theater. But now the doyen of Black Bottom is ready to hang up his many dapper hats.

As he lays dying in the black-owned-and-operated Kirkwood Hospital, Ziggy reflects on his life, the community that was the center of his world, and the remarkable people who helped shape it.

Illustrated by Traverse City’s Brianne Farley, “No Buddy Like a Book” calls out to all readers and daydreamers, word mavens and lovers of adventure! This celebration of the power of books is a rallying cry for letting imaginations soar. Have you ever wanted to climb to the top of Everest with one hand behind your back? Kiss a crocodile all by yourself on the Nile River? How about learning how to bottle moonlight, or track a distant star? There are endless things to discover and whole universes to explore simply by reading a book. But books are only smears of ink without the reader’s mind to give their letters meaning and bring them to life. With a rollicking, rhyming text and delightful artwork, poet and storyteller Allan Wolf and illustrator Brianne Farley remind us that books, no matter how they may be consumed, give readers of every background an opportunity to expand their world and spark their imagination.