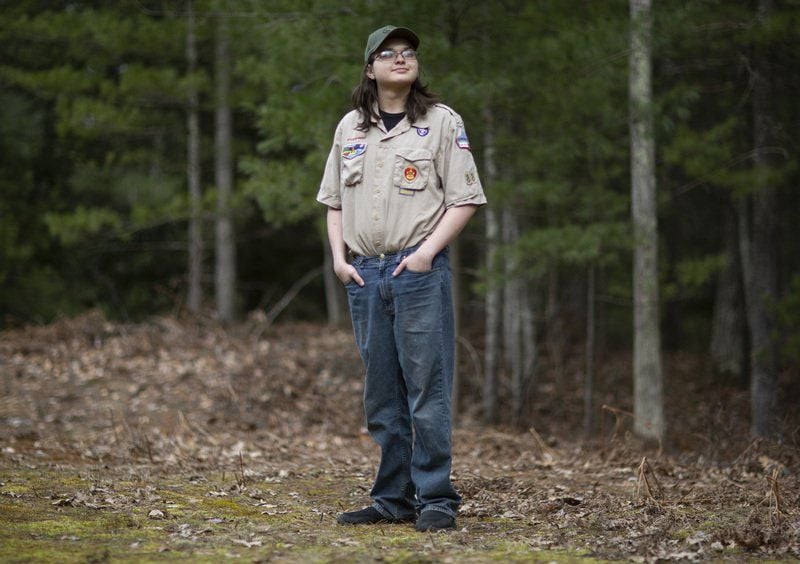 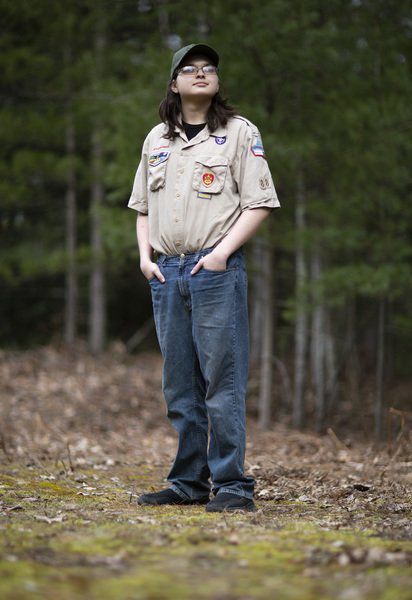 TRAVERSE CITY — Owen Averill can’t give them beds or a roof to keep dry.

But a sleeping bag and a tarp, at least, help.

The 17-year-old aims to give out 150 of each to homeless men and women with their final cups of coffee as Safe Harbor shutters for the season on April 19.

He hopes he’ll have enough.

“The goal is as many as we can get,” said Averill, a scout with Kingsley Troop 88. “Even if it’s better for only one person, that’s still one person that’s going to have a better life because of something I’ve done.”

The seasonal shelter closes until November, leaving most of Traverse City’s homeless to rough it outdoors through chilly spring nights and late-season snowfalls. Some find shelter at the Goodwill Inn, but the space isn’t large enough for everyone in need, said Ryan Hannon, Goodwill Street Outreach coordinator.

Averill took on the project as a requirement to earn Eagle rank — each would-be Eagle has to plan a major, community-impacting effort, said Susan Ewing, Kingsley Troop 88 committee member and Averill’s grandmother.

“I’ve always done food drives, and I know people collect things like clothing, but I thought, ‘What else is there, what can I do that nobody asks about?’” Averill said. “Something people don’t really think about?”

The Kingsley High School student grew inspired after a school presentation about homelessness. He found himself dwelling on the problem.

“Nobody sees it because it’s hidden pretty well — it’s not out right in front of everybody in the street, it’s off in the corners where nobody’s really looking,” Averill said. “I thought, ‘Maybe there’s something I could do to make it a little better.’”

Creating care packages was the teen’s first thought, but he decided to stop in and seek Hannon’s advice before putting the plan into action.

He walked out with a new ally and a completely new idea.

“I talked to him about unsheltered homelessness and how great the need was,” Hannon said. “Homelessness really is a community problem, and that’s one thing that kind of goes unspoken.”

So Averill got to work.

He spent months planning the effort and started collecting camping gear from friends and family in early March.

Averill’s count is about 30-40 sleeping bags and tarps, and he’s expecting more by mail in the next week.

New and gently used equipment is welcome, as long as it doesn’t have major tears or missing pieces. Monetary donations, too, go toward buying sleeping bags for the effort.

“It doesn’t have to be perfect, it just has to be nice enough that you would want to use it,” Averill said.

Preparing local homeless people for the shelter’s closing is a joint effort, Hannon said, and Goodwill staff coordinate with organizations like The Salvation Army, The Father Fred Foundation, Jubilee House, Safe Harbor and local churches to fill those needs.

“These basic needs are really, really important, but ending homelessness is really the priority in the community,” Hannon said.

Street Outreach, which works closely with Safe Harbor, gauges need off of the shelter numbers. This winter’s average exceeded 65 guests per night, making 150 sleeping bags and tarps the number to shoot for to cover need through spring, summer and fall.

Even without the snow, cold, wet nights can be deadly, Averill said.

“You can get sick and die even though it’s summer and 70 and sunny outside during the day,” he said. “Disease is still there, and just a tarp and sleeping bag can alleviate some of that.”

Only about 4 percent of scouts reach Eagle rank, according to Ewing, and Averill joins just a handful of scouts going for the title in northern Michigan.

“It’s not easy to do — it requires a lot of dedication,” she said.

Averill joined the Boy Scouts of America in first grade as a cub scout, and slowly worked his way up the ranks. He’s got the dozens of merit badges to prove it, including 21 required for Eagle rank.

And Averill’s not new to helping out. Through scouts and on his own, he’s volunteered with food drives, rebuilt trails and helped with projects to replace park equipment.

“Never something like this, though,” he said. “You get to go through all these projects and see them through and help other people. It doesn’t seem to have a lot of impact on yourself, but it means the world to those people.”