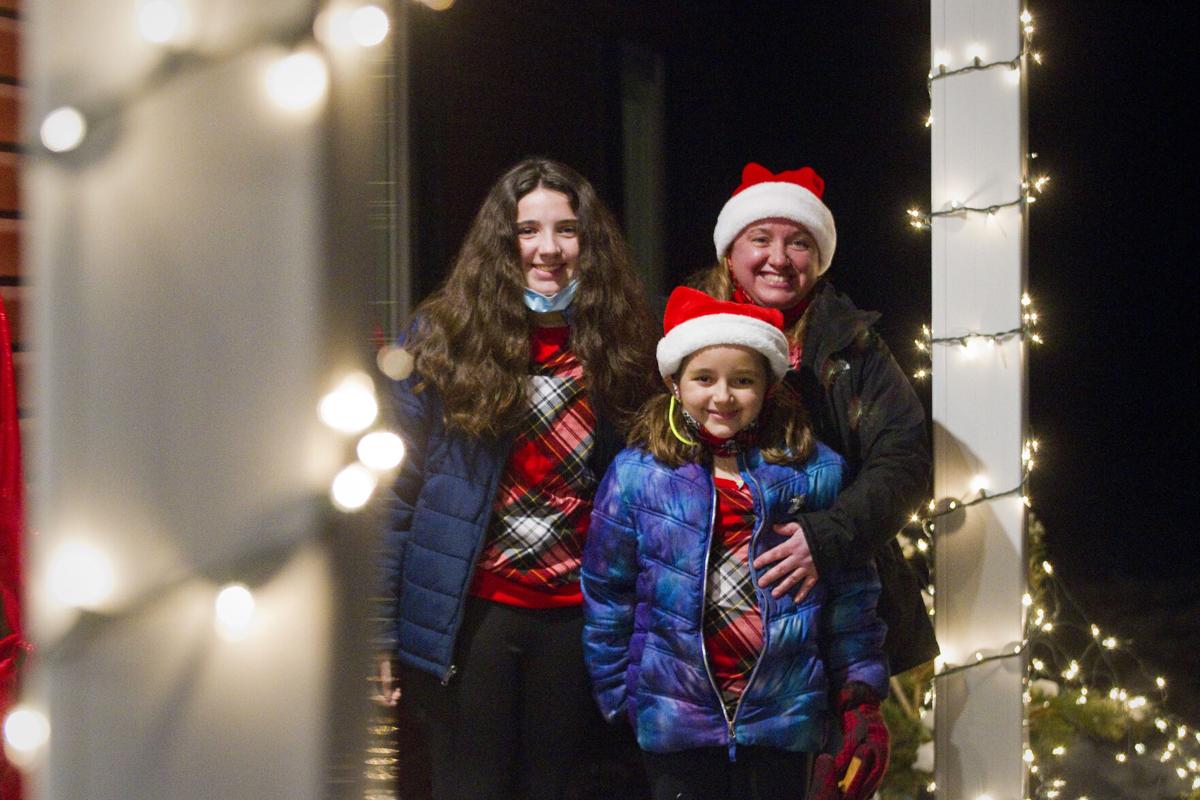 Candace Jaruzel and her daughters Nyilee Smith, 12, left, and Diamond Smith, 8, center, received the keys to their new home during Tuesday’s Habitat for Humanity — Grand Traverse Region’s Home Dedication Ceremony on Tuesday in Williamsburg. The home is the second completed by the nonprofit, which serves Grand Traverse, Kalkaska and Leelanau counties. 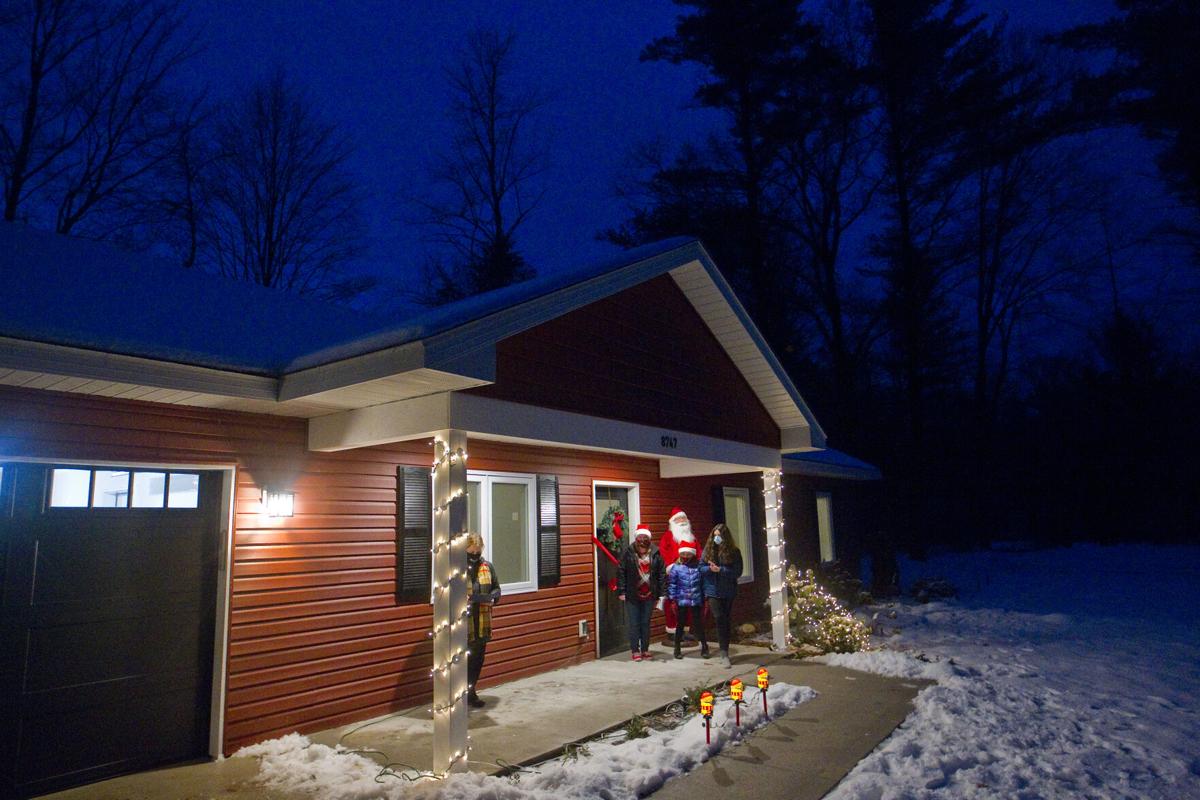 Candace Jaruzel and her daughters Nyilee Smith, 12, and Diamond Smith, 8, received the keys to their new home during Tuesday’s Habitat for Humanity — Grand Traverse Region’s Home Dedication Ceremony on Tuesday in Williamsburg. The home is the second completed by the nonprofit, which serves Grand Traverse, Kalkaska and Leelanau counties. 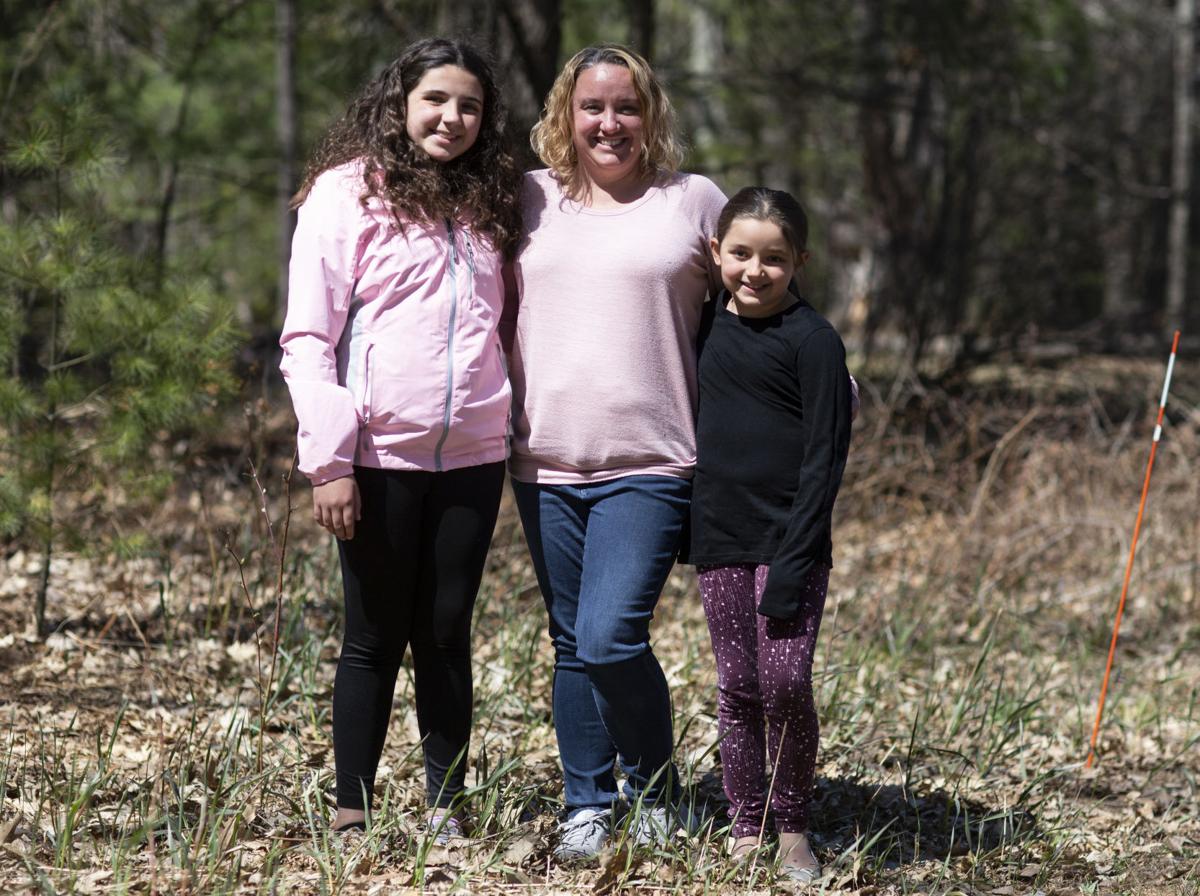 From left, Nyilee Smith, Candace Jaruzel and Diamond Smith pose for a portrait in at the site of their future home in May.

Candace Jaruzel and her daughters Nyilee Smith, 12, left, and Diamond Smith, 8, center, received the keys to their new home during Tuesday’s Habitat for Humanity — Grand Traverse Region’s Home Dedication Ceremony on Tuesday in Williamsburg. The home is the second completed by the nonprofit, which serves Grand Traverse, Kalkaska and Leelanau counties.

Candace Jaruzel and her daughters Nyilee Smith, 12, and Diamond Smith, 8, received the keys to their new home during Tuesday’s Habitat for Humanity — Grand Traverse Region’s Home Dedication Ceremony on Tuesday in Williamsburg. The home is the second completed by the nonprofit, which serves Grand Traverse, Kalkaska and Leelanau counties.

From left, Nyilee Smith, Candace Jaruzel and Diamond Smith pose for a portrait in at the site of their future home in May.

WILLIAMSBURG — Diamond Smith took a break from making snow angels to talk about her new house.

Older sister Nyilee Smith was taking a nap in her bedroom, resting from what has been a busy few days of packing and moving.

Home for the holidays took on a whole new meaning for Candace Jaruzel and her daughters.

Jaruzel received the keys to her Habitat for Humanity Grand Traverse Region home days before Christmas. On Tuesday, Jaruzel, Nyilee and Diamond Smith were getting settled into their own space for the first time in nearly six years.

Jaruzel and her daughters — 12-year-old Nyilee and 8-year-old Diamond — received the keys to their new home in Williamsburg Estates in a small ceremony on Dec. 22, an early Christmas present for the trio.

“It was amazing,” Jaruzel said. “It felt great to get the keys and start moving in.”

The three celebrated Christmas at Jaruzel’s rental unit in Traverse City and started moving into the three-bedroom, ranch-style house later that day. Saturday was the first day Jaruzel and her daughters spent in their new house.

“I like it,” Diamond Smith said on Tuesday, between periods of playing in the snow in her new yard. “I get my own room and I don’t have to listen to the traffic.”

“They each have their own room now, so they’re excited about that,” Jaruzel said. “They always shared a bedroom before that. Nyilee has already started decorating their rooms. They both have.”

Moving into a new house — a place they could call home — was a goal for Jaruzel wanted when her world was rocked on Jan. 7, 2015. That was the day her partner and the father of her daughters, died in his Central Lake Township home.

Damien Smith had turned 37 years old less than a month before. His Dec. 9 birthday was two weeks and two days before Christmas.

Jaruzel and her daughters lived with Damien’s dad for a stretch. The three also lived in a pair of rental units.

But a home for Jaruzel was on her wish list.

“It’s been challenging,” said Jaruzel, whose mother died in January 2017. “The one big thing, I set a goal for the girls to have a house for them so they could start making memories and have a safe house to live.”

The three were supposed to be in their new home in November. But 2020 had a way of putting things on hold.

State restrictions on construction pushed the groundbreaking back a bit into May. Plans were to complete the house in October and have the family moved in by November.

But a backlog of work by the excavator, a 30-plus percent increase in the price of building materials and social distancing safety restrictions on construction trades and volunteers further pushed completion back to late December.

Even though it was not by design, receiving the keys to her new house just before Christmas seemed fitting, just as the local habitat chapter did for a couple in Fife Lake a year ago.

“It’s a time of celebration anyway,” said Kathleen English, homeowner services manager for Habitat for Humanity-Grand Traverse Region. “People are spending holidays at home with family and it’s nice to have a place to do that.”

Now Jaruzel and her children head into a new year with new hope. It’s one of the central missions of Habitat for Humanity, a organization built on giving a hand up instead of a handout.

“We were delighted we could close before Christmas and close that chapter of her life as well before the new year,” said Wendy Irvin, executive director of HFH-GTR. “It’s a great time of year to put people in their permanent and forever home.”

“I’m excited for a new chapter and making memories in the new house,” Jaruzel added. “Staying healthy and staying safe.”

Jaruzel was approved by Habitat for Humanity at the end of June 2019. But the COVID-19 pandemic caused Habitat to lose “a quarter of the year,” Irvin said.

“Then when we were up and running we have other dilemmas,” Irvin said. “We had a lot of hurdles to overcome.”

Irvin and English said Jaruzel put in her 275-sweat equity hours, both on-site and with her financial and visioning course work.

“She put a lot of work in,” Irvin said. “She was laser-focused on her goals.”

And she did it all with a smile. It’s the same smile she shows customers at the Thrifty Car Rental part of the Bill Marsh Auto Group.

“She’s very well known in the community because of that role,” Irvin said. “She brings such joy to every day.”

Irvin said Jaruzel does a great job serving as a role model for others, despite six years of trying times.

“What a great example to show for the next generation.”

Now Jaruzel is turning her attention to what the next generation wants in their new home.

Nyilee Smith has designs on a photo wall in her personal space. Diamond has her eyes on a mermaid theme because she likes “all the different colors.”

Jaruzel said her youngest daughter received some mermaid items for her bedroom. But paint has not been put on the walls yet.

“We have a lot of time for that,” Jaruzel said.

Thanks to Jaruzel’s hard work and dedication, not to mention a bunch of Habitat for Humanity volunteers and partners, Jaruzel now has that, plenty of time.

With Jaruzel into her new home, the local Habitat for Humanity chapter has plans to close on a pair of homes next month.

These were also on the agenda for 2020, but were pushed into 2021 by lending delays.

Irvin said Habitat Grand Traverse Region has “some lofty goals for the next year.” Irvin added the organization has “property, projects and partners” in place for 2021 and beyond, aiming to do for others what it did for Jaruzel and her daughters at the end of 2020.

“As an organization we provide hope,” Irvin said.