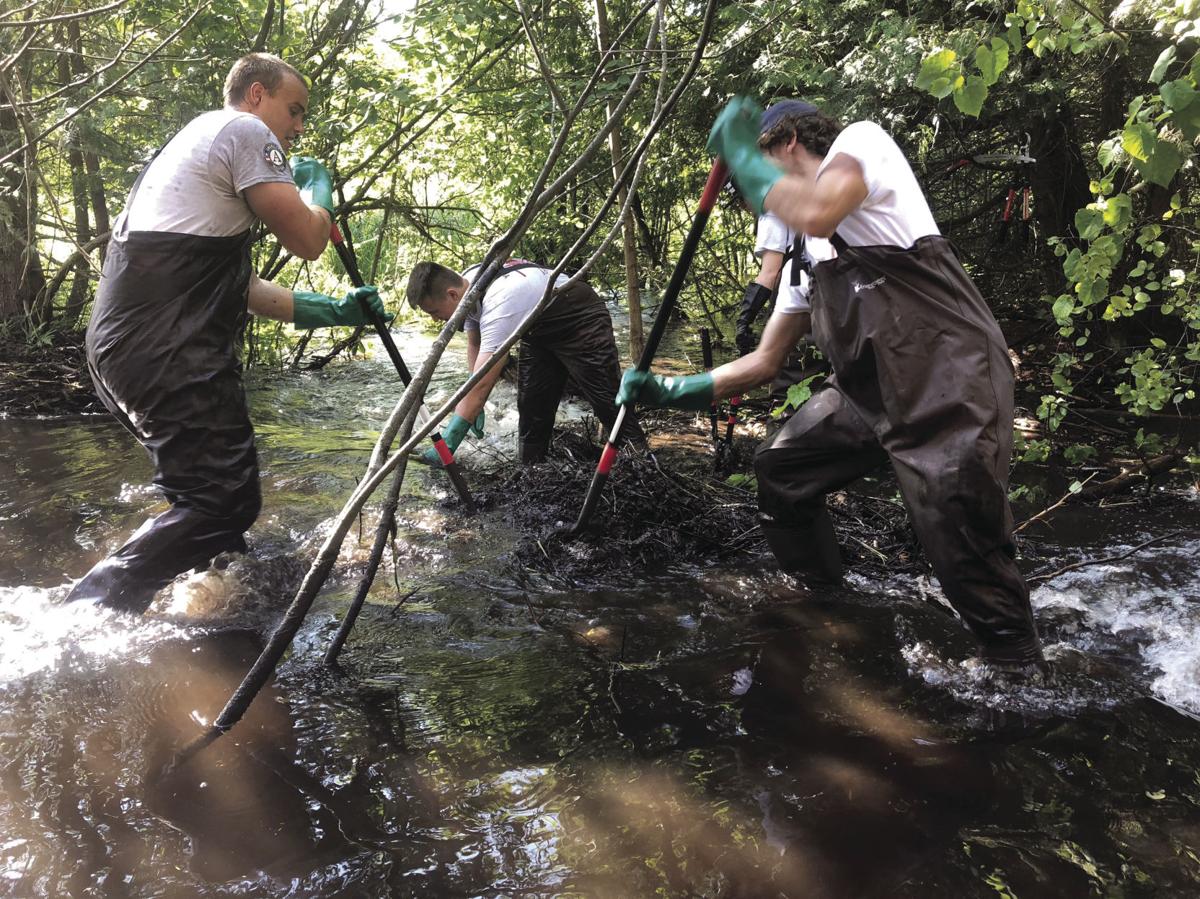 Austin Vance, 23, Jordan Cochran, 20, and Harley Parkinson, 19, work to remove a beaver dam from Veronica Valley Park in Leelanau County in 2018 as members of the local YouthWork Conservation Corps. Vance and Cochran are from Fife Lake, while Parkinson is from South Boardman. 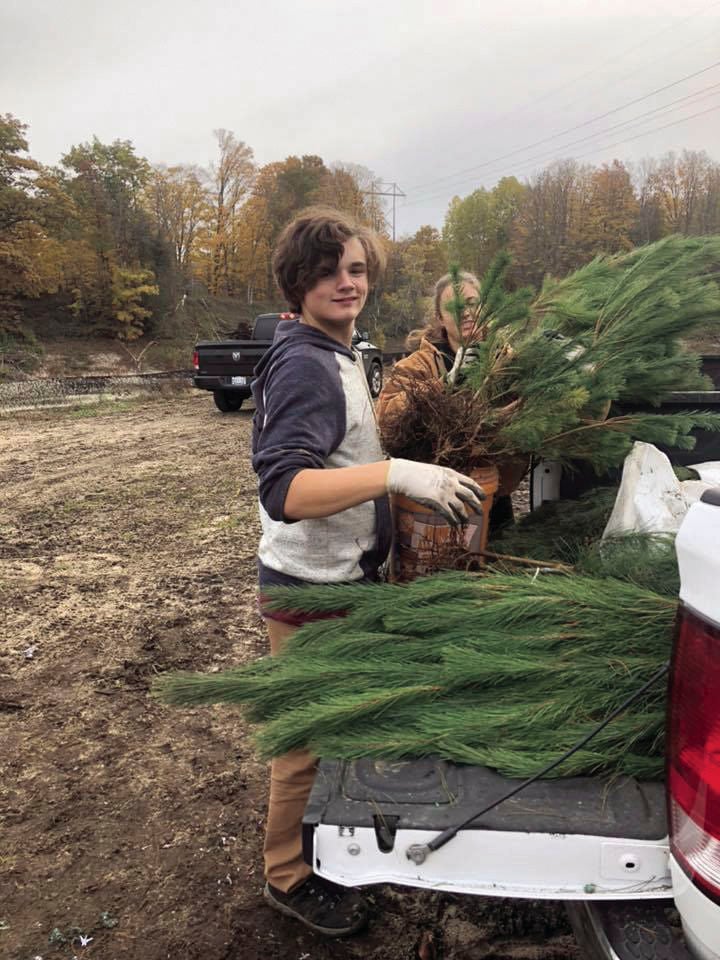 Austin Vance, 23, Jordan Cochran, 20, and Harley Parkinson, 19, work to remove a beaver dam from Veronica Valley Park in Leelanau County in 2018 as members of the local YouthWork Conservation Corps. Vance and Cochran are from Fife Lake, while Parkinson is from South Boardman.

The YouthWork Conservation Corps program of the Child and Family Services of Northwestern Michigan agency is one of four winners nationwide of the 2020 Project of the Year Award by The Corps Network. It’s a prestigious award from the national association of service and conservation corps.

“And we’re only in our third year,” said Amanda Elliott, co-director of the program.

Elliott said vulnerable young people enrolled in the program are referred through CFS’s fostering and special education programs. The program targets those between ages 16 and 26 years.

“We saw a lot of our kids coming out of foster care lacking some real-life skills,” Elliott said.

The program was launched in 2018 to teach skills and environmental conservation, as well as reinforce local community connections, she said.

“They win. We win. Our partners win,” Elliott said.

The program was created through a partnership between CFS and Traverse Bay Area Intermediate School District. Efforts are meant to hone in on participants’ interpersonal skills, independent living and career education.

“It gives them a very safe space to learn new job skills while giving them a real sense of purpose,” said Mary Williams, crew leader for the program.

YouthWork participants collectively served more than 15,000 hours during the 2018-2019 school year, completing projects for more than 50 local nonprofit or governmental agencies, which can hire the group for projects at discounted rates.

Examples of YouthWork’s efforts include: constructed nearly 100 picnic tables for the Michigan Department of Natural Resources and local parks and recreation departments; replaced over 2,000 feet of boardwalks and stream crossings; planted more than 10,000 trees; restored and constructed some 50 miles of trail including 1.5 miles of trail made ADA-rated accessible; and completed various other environmental, historic and cultural preservation projects.

Reb Ratliff, parkland steward for the Grand Traverse Conservation District, said the YouthWork Conservation Corps has helped the agency on a number of projects and did good work.

Hope Adams, 19, of Traverse City, enrolled in the program three years ago. She said she loves the program “so much.”

“It feels like I can do anything if I put my mind to it,” Adams said. “It makes me not want to be at my house doing nothing.”

Adams said she once thought she wanted a career in the culinary industry, but a recent stint working with YouthWorks at the Cherryland Humane Society cemented her desire to instead work in pet grooming. The program helped her figure that out, she said.

“It makes me feel like I belong somewhere,” Adams said.

“Some may go to bed hungry and show up for the day without a lunch. YouthWork teaches things like setting an alarm to show up on time, looking someone in the eye as they are introduced, and, sometimes, even basic hygiene,” she said. “It is these vulnerable youth that we serve, who in turn serve their community as AmeriCorps members.”

Elliott, Williams, Adams and several others will travel to Washington, D.C., to receive the award during a Wednesday ceremony at The Corps Network’s 35th annual national conference.

Elliott said a local benefactor is paying for the travel expense for the group to go to the nation’s capital to receive the award.

Visit www.cfsnwmi.org/youthwork to learn more about the program.