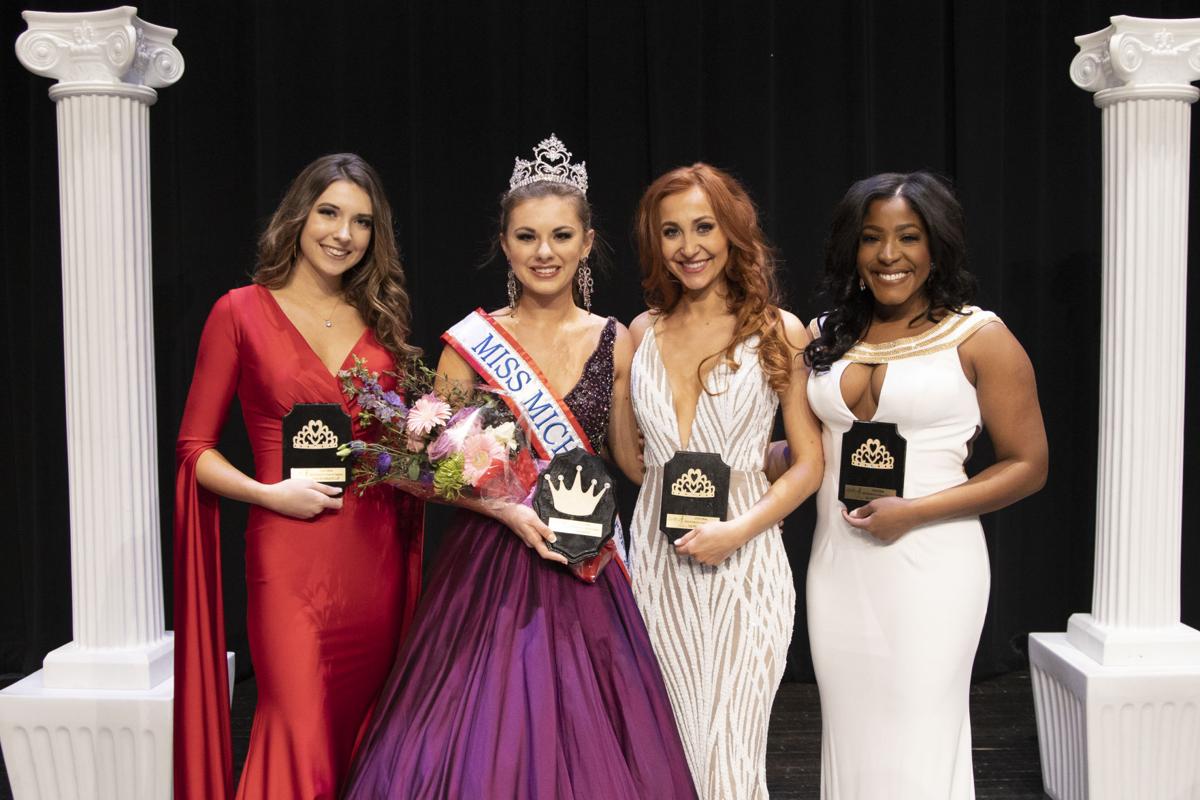 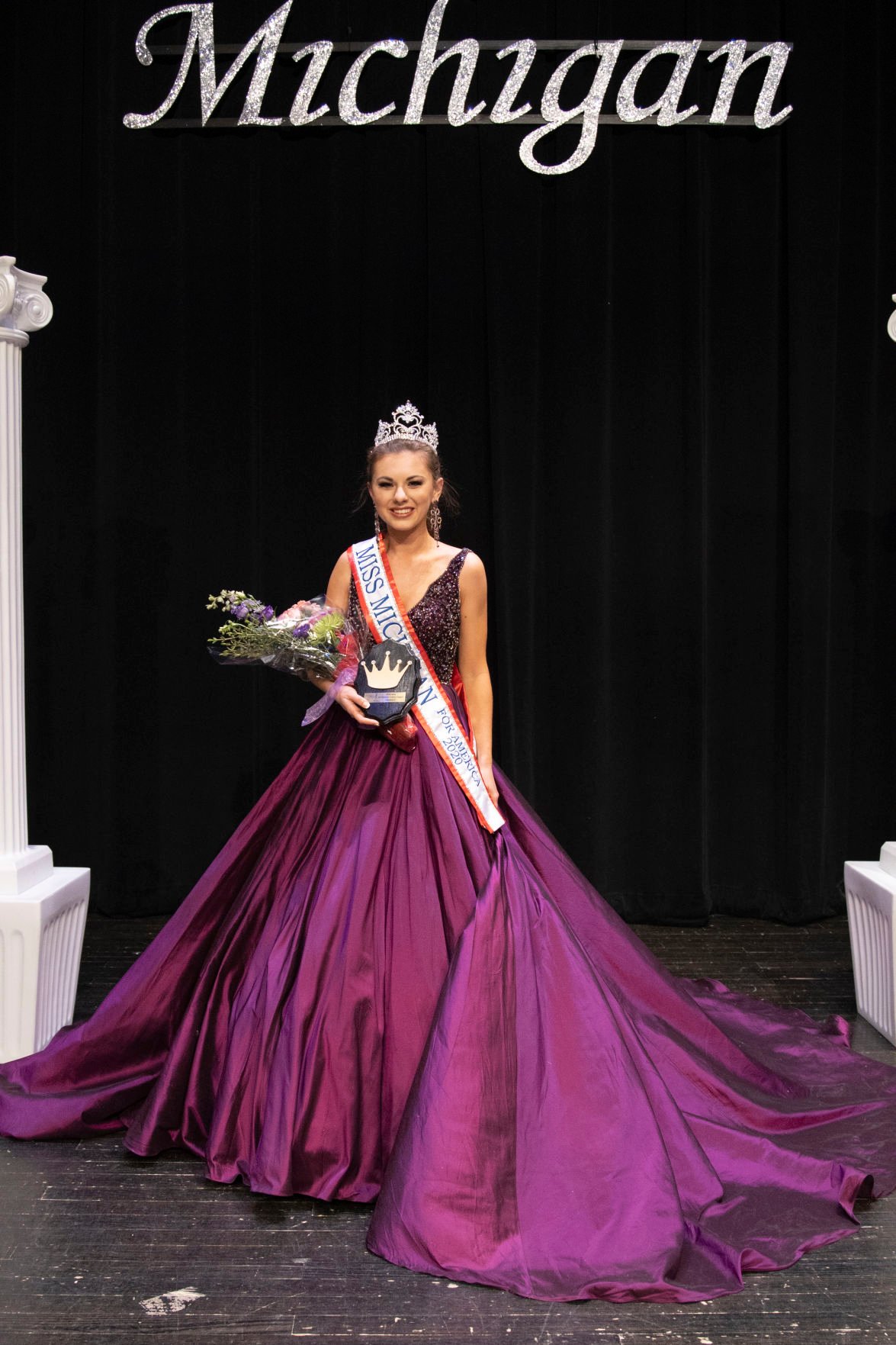 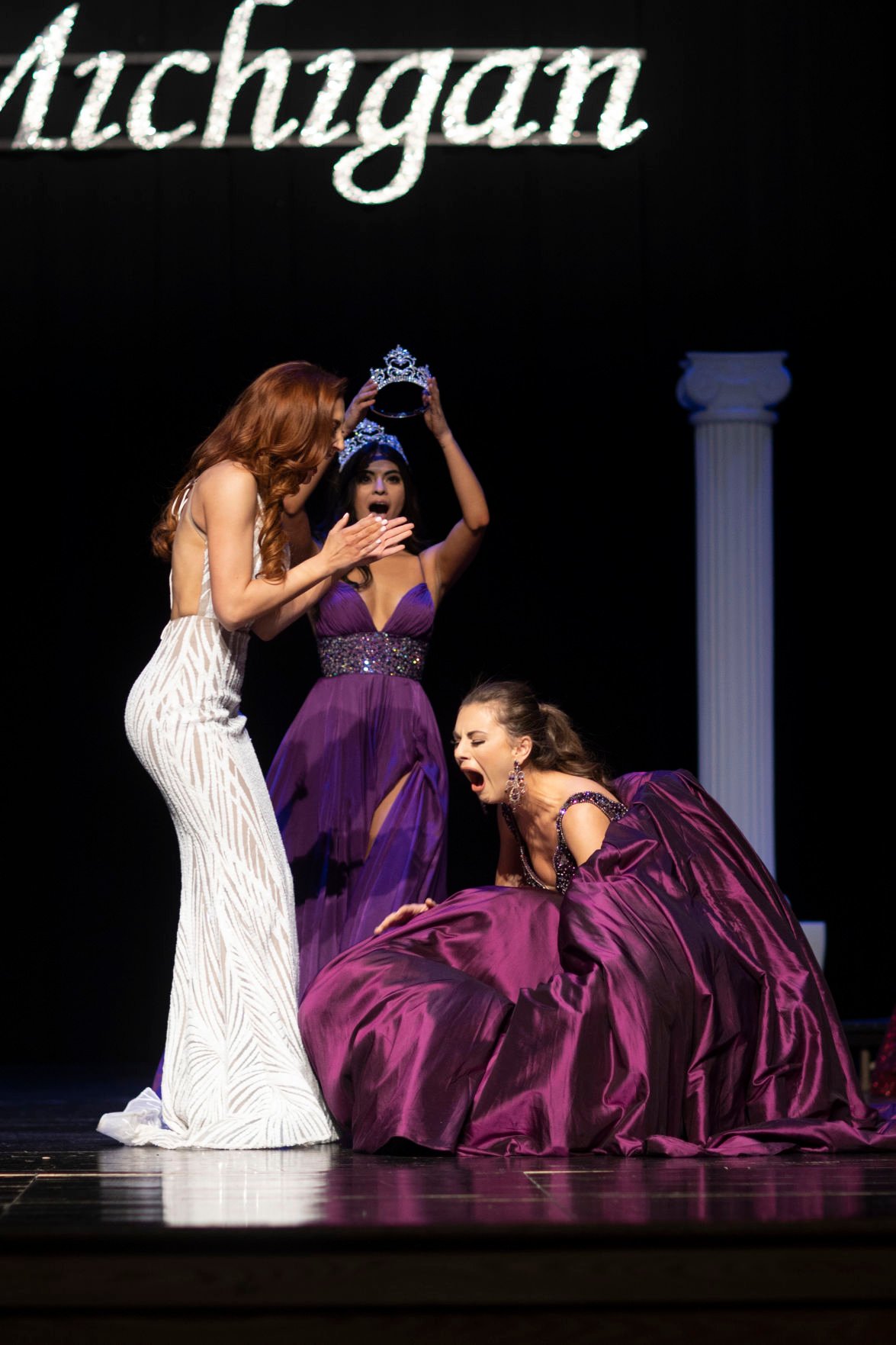 TRAVERSE CITY — There is but one physical crown.

But a lot of different people — family in particular — had a hand in placing the tiara Allie Graziano wore as the winner of the Miss Michigan for America pageant.

With parents Tom and Angie Graziano and younger sisters Lindsey and Leah in attendance, the 22-year-old Traverse City woman shared her title with all those who supported her along the way.

“My parents have been supporting the dream since the beginning,” Allie Graziano said. “It was even more special that they were down there and saw all the hard work pay off.”

It felt so surreal when Graziano heard her name called March 7 in Plainwell, it took a while for the crown to be placed atop her head.

“I couldn’t even believe it when it was happening,” she said. “I still feel like I was in shock. The first thing I did was drop to the floor.

Graziano won the private interview and the swimsuit portion of the competition and placed second among the eight contestants in evening gown to win the title in what proved to be a very close competition.

“Her interview — both personal and the on-stage question — is probably what threw her over the top,” said Julie Dilorenzo, director of the Mrs. Michigan and Miss Michigan for America pageant.

Graziano, a Baker College nursing student, added the Community Service Award on top of it all.

Graziano is a volunteer coach for Leah’s Girls on the Run team at Woodland School, a volunteer for For Love of Water (FLOW) and has her own platform, Opt Outside.

“It’s encouraging children to unplug from their electronics and connect with the outside,” Graziano said of Opt Outside. “It’s choosing green time over screen time.”

Education and the environment are major emphasis for Graziano. She spent the last year visiting schools, planting trees, cleaning up parks and traveling to Nicaragua where she helped teach students to turn single-use plastics into school supplies.

A 2016 graduate of Elk Rapids High School, Graziano earned her associate’s degree in general studies from Northwestern Michigan College. She works as a medical assistant at Crystal Lake Health Clinic in Traverse City and aspires to be a neonatal nurse practitioner.

More immediately, Graziano will compete for the Miss for America competition in Las Vegas on Aug. 13-20.

Dilorenzo said Graziano’s experience in the Michigan pageant should prepare her well for the national event.

“There were some great girls,” Dilorenzo said of the eight women ages 19-32. “We had all levels of girls in the Miss portion of the competition.”

The director said the expressions of the top two finishers and 2019 winner Laura Esqueda showed the positive vibe of the competition.

“The look on all three of their faces speaks volumes of the sisterhood,” Dilorenzo said.

There was also a strong northern Michigan contingent at the pageant. Bailey Staff of Traverse City finished as the second runner-up.

Anyone interested in entering the 2021 Mrs. Michigan and Miss Michigan for America competition can email Dilorenzo at mrsind00@aol.com.