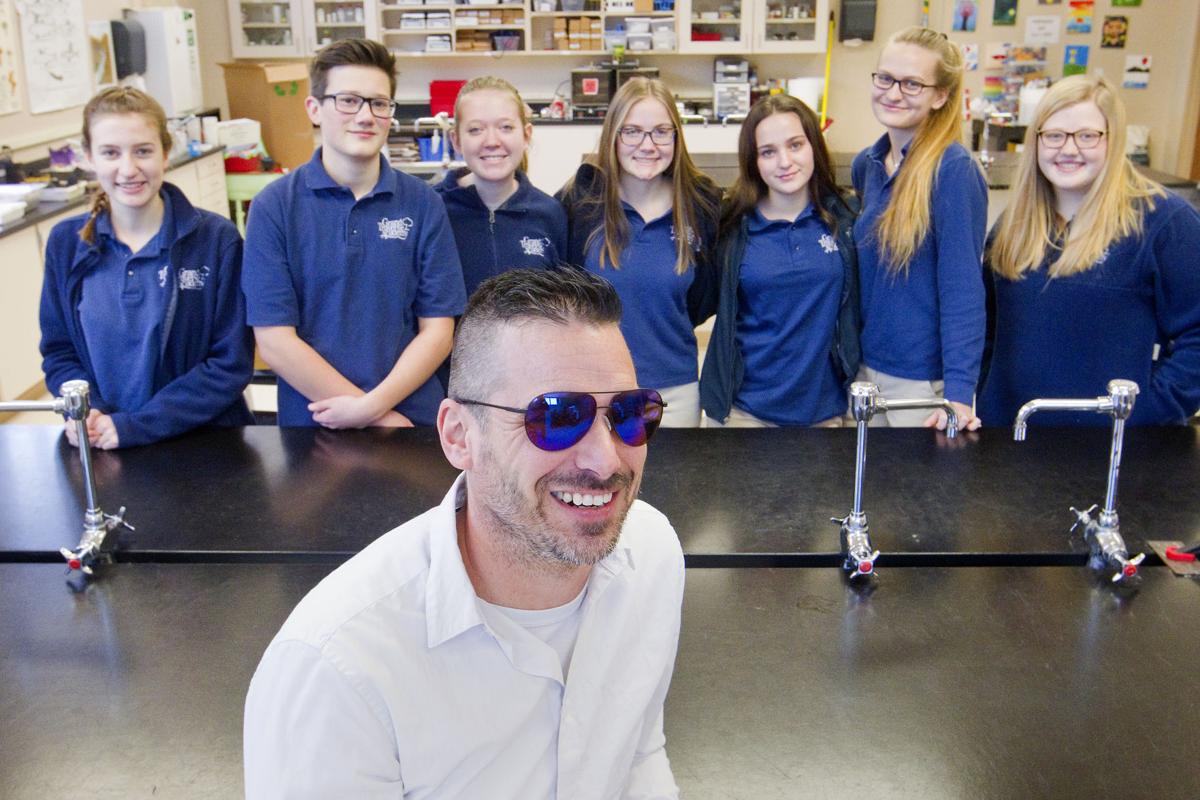 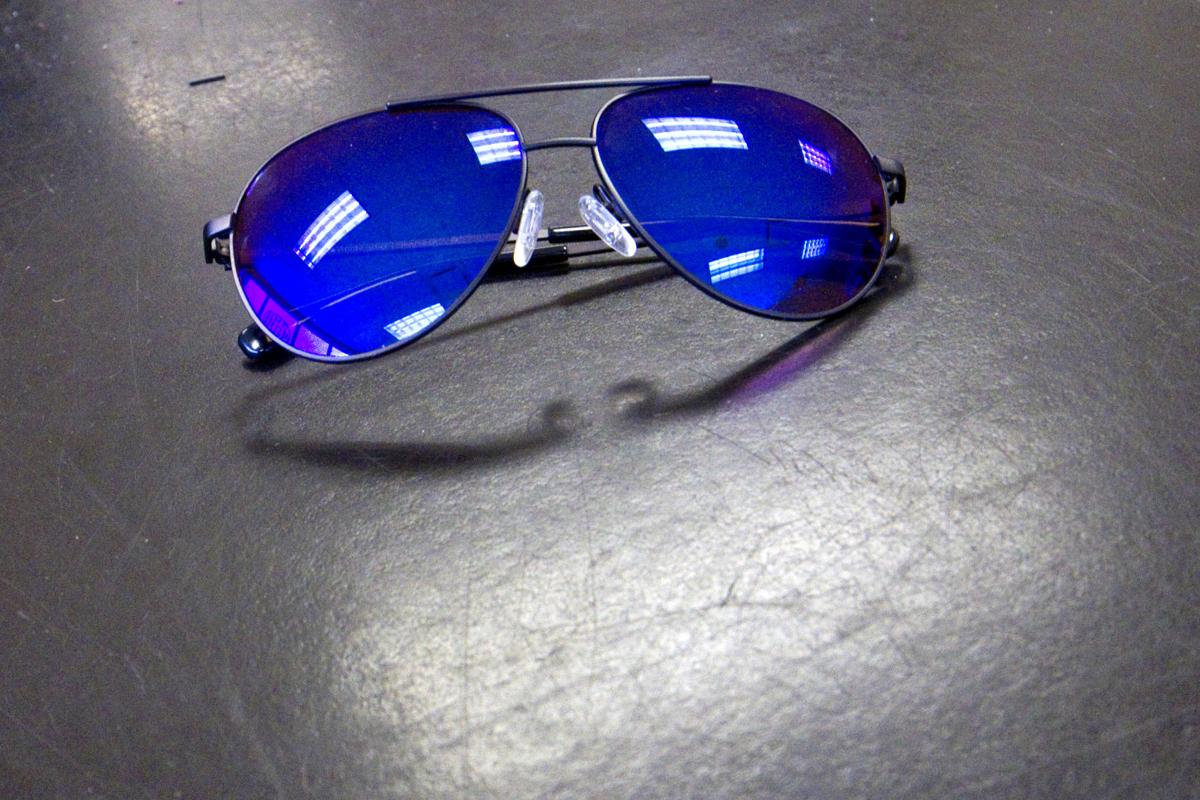 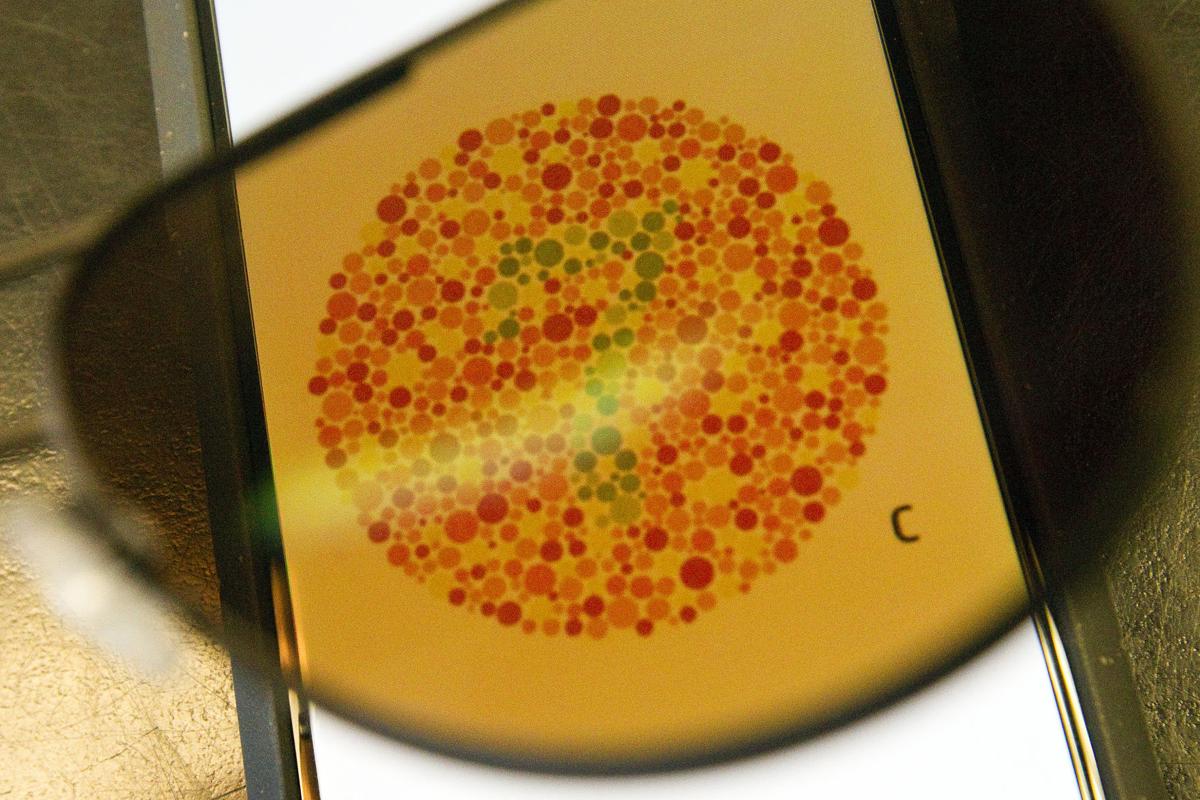 TRAVERSE CITY — Matt Drost teaches science at Grand Traverse Academy in Traverse City, where he long ago found a way to connect his personal life to science lessons.

Drost is red-green colorblind. So he talks about it in class.

“I teach biology, so it comes up when we talk about genetics,” Drost said.

A group of his students decided during the recent winter break from school that they wanted their teacher to know the full rainbow of colors they know. They chipped in and bought him a pair of color-corrective glasses and gave them to him when classes resumed this month.

“We always knew he was colorblind and we would tease him and stuff,” said student Melissa Hatch, 17, of Traverse City. “Other times it was kind of sad.”

Hatch then told a story about when a fellow student completed a homework assignment in a yellow-green shade of ink — a color Drost literally could not see.

Drost handed the assignment back to the student and asked why he didn’t complete the work. Everyone had a good laugh about that, Hatch said.

Drost took it in stride, though.

“It’s kind of this funny thing that Mr. Drost is colorblind,” he said. “This has been my shtick for 18 years.”

It was Hatch and fellow student Kiera Marcero, 16, of Traverse City, who decided during the winter school break to simply buy the glasses for Drost when they saw a $50-off sale. They’d collect money from other students later, they agreed.

“It was this thing we wanted to do, just because,” Marcero said.

More than a half-dozen students chipped in by the end.

Hatch and Marcero reached out to GTA elementary teacher Maria West — Drost’s significant other — about their idea. Turns out she was all for it and even excitedly helped pick out a set of frames, Marcero said.

“It was really cute,” Marcero said.

The two students then pulled other students into the project, having them donate $10 or $20 or whatever they could afford. In the end, they put together the needed $430 to buy the color-corrective glasses for Drost.

Then the group of students prepared to give him the special specs.

“We went to the dollar store and bought a bunch of red and green things,” Hatch said.

Drost runs the school’s greenhouse so the students decided to use the space and filled it with colorful items. It was the setting for the gift-giving.

Drost said when he first put the special glasses on, it was the faces of those around him that stood out the most.

“Honestly, it was seeing everybody standing there,” he said. “Everything is just more vibrant.”

Drost said he’s humbled by his students’ gift. It’s a gift that significantly changed his actual view of the world.

“We’re making good people who think of other people,” Drost said. “Isn’t that the best lesson we have for each other?”

Now comes the long wait until spring, when the various shades of green will begin to appear in Drost’s school greenhouse. He’s looking forward to that, he said.

“And I’m looking forward to autumn colors. I think those are the colors I miss out on the most,” Drost said.

Editorial: The kids are far out