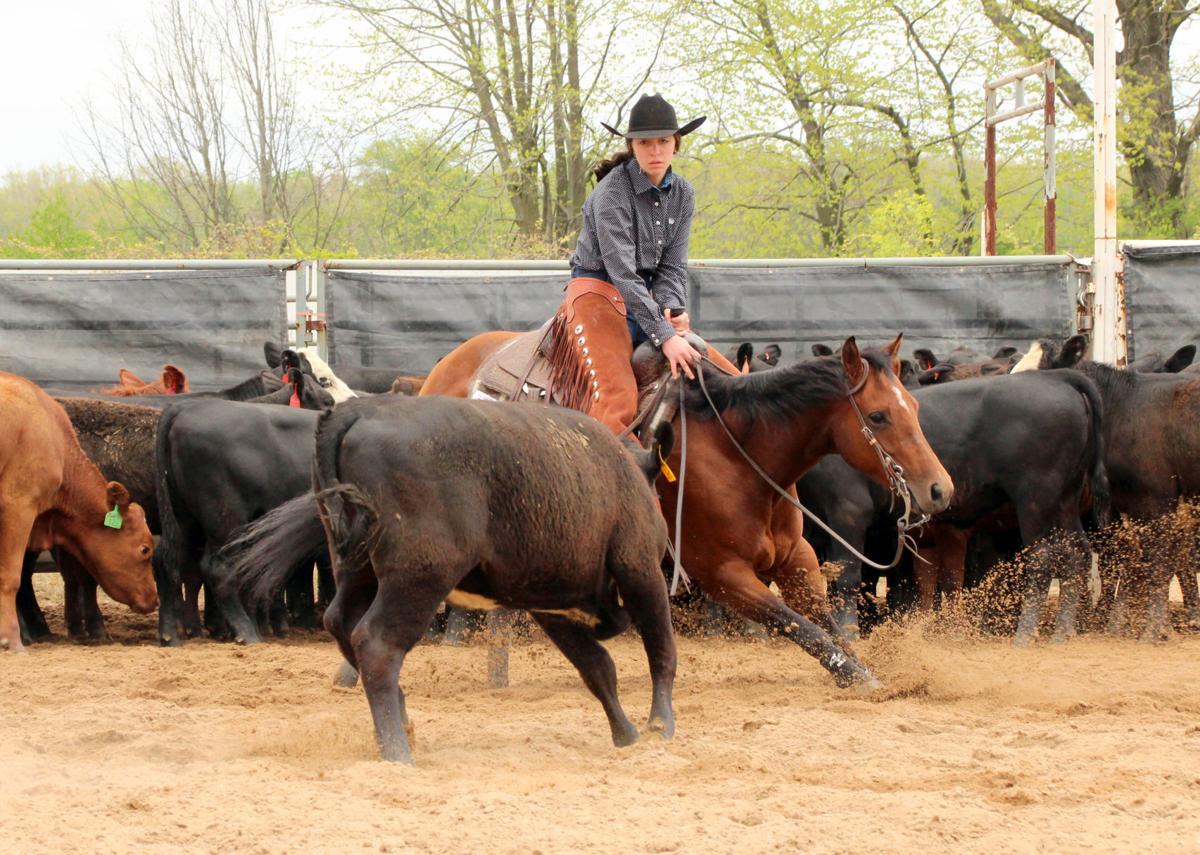 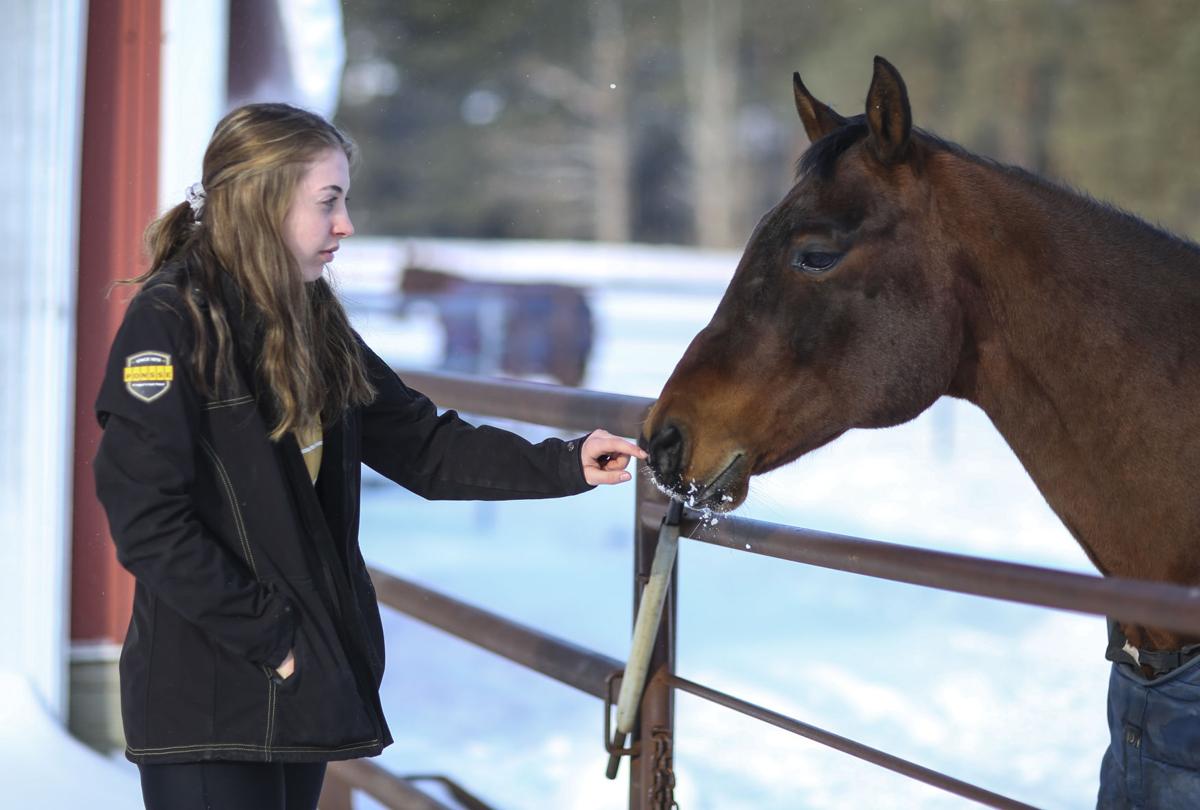 KALKASKA — Until a week ago, Kaylyn Moyer’s high school geometry class had 90 students.

The hiring of a new teacher cut the class size in half, but it’s not a change 17-year-old Kaylyn really notices. After all, she’s enrolled in a virtual school.

It’s a setup that allows the Kalkaska farmgirl to focus on a true passion: Cutting.

“I feel like (homeschooling) really had me pursue my dreams rather than have a dream and just think about it,” Kaylyn said. “It’s given me the ability to go do it.”

Cutting is a Western-style equestrian sport in which a rider has 2.5 minutes to cut — or separate — at least two cows from a herd of 60, according to the National Cutting Horse Association. The rider then loosens their grip on the reins and allows the horse to keep the cattle from instinctively returning to the herd.

The competition is judged on difficulty and how well the horse anticipates and reacts, the NCHA website states. Cutting is the only equine competition that requires the horse to think.

“It takes a lot of skill, rather than just knowing something,” Kaylyn said of the sport she took up at age 11.

Kaylyn said she won the 2019 Michigan High School Rodeo Association’s cutting competition and currently is competing for the 2020 title. She’s in first place right now and, if she wins, gets to compete nationally — something she missed out on last year, despite qualifying, Kaylyn said.

Kaylyn also competes in barrel racing and pole bending, the latter of which she has done on and off for most of her life. Right now, she’s in the midst of learning how to rope.

While quiet and shy, her daughter also is very dedicated and motivated, obtaining whatever goals she sets in front of herself, said Tracy Ingersoll, Kaylyn’s mom. Riding is something that has come naturally to Kaylyn, she said.

The family was able to accelerate Kaylyn’s progress in cutting because of homeschooling, Ingersoll said.

“Having the virtual school allows them to do their work and study during their time during the day,” Mitchell said. “It’s not something that’s restricted where they can only work certain times during the day or week. They can work anytime.”

It has allowed Kaylyn to spend a couple weeks each year in Texas with her trainer, Randy Chartier, Ingersoll said, adding that there aren’t many trainers in Michigan for the sport.

Cutting doesn’t just foster a good relationship with the animals, Ingersoll said. There are four other riders in the ring during competition, helping to keep the cattle contained, she said.

“Most of the time, they’re people you’re competing against — and they’re in there helping you try to win,” Ingersoll said. “It’s a really neat relationship (between competitors). It’s more of a family.”

Editor's note: This story has been updated to correct the spellings of Tracy Ingersoll and Michelle Mitchell's names. — March 7, 2020.