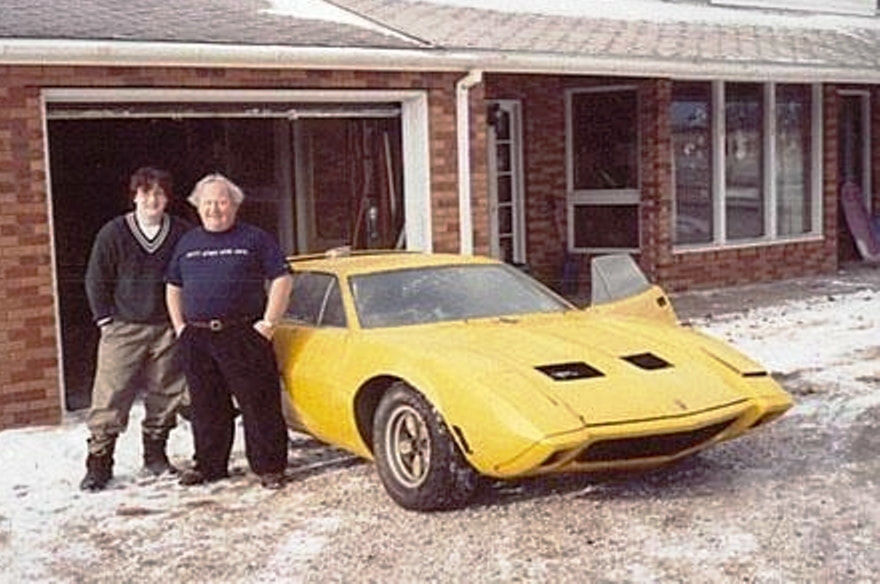 Ian and Scotty Dawkins after bringing the car from the museum to Northport, circa January 1999. 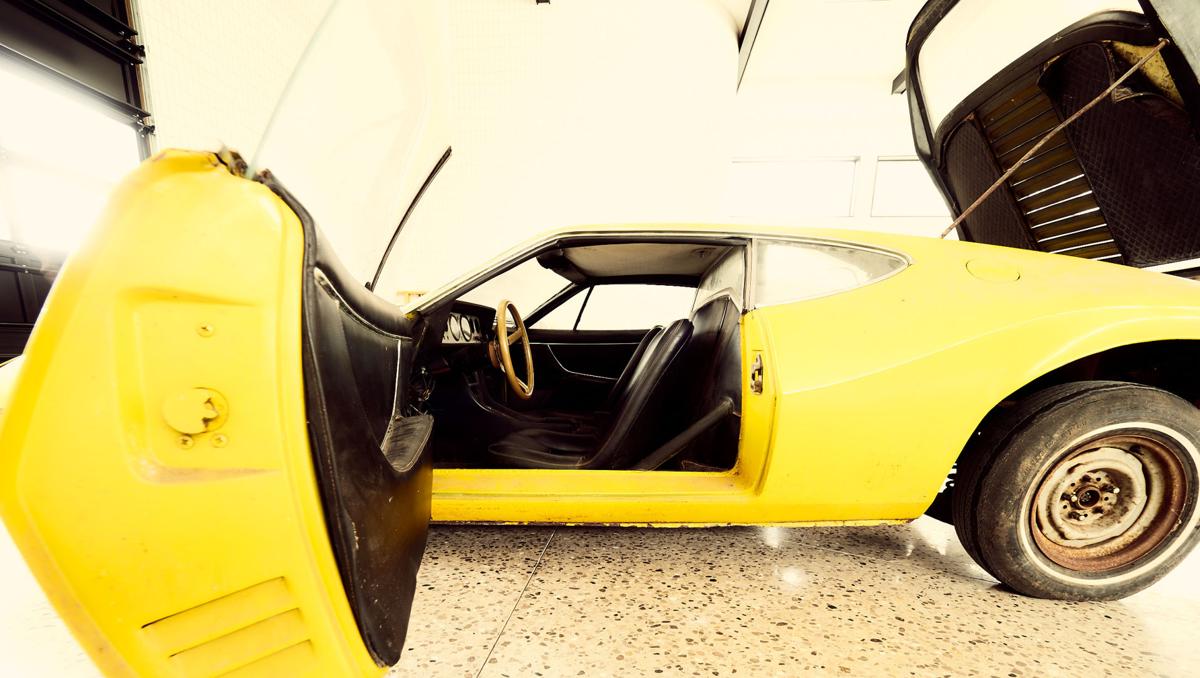 Says Ian Dawkins of his father's car, which he will help restore: "You don’t own a Monet, you care for it. We’re trying to preserve the backstory, as well as the car." 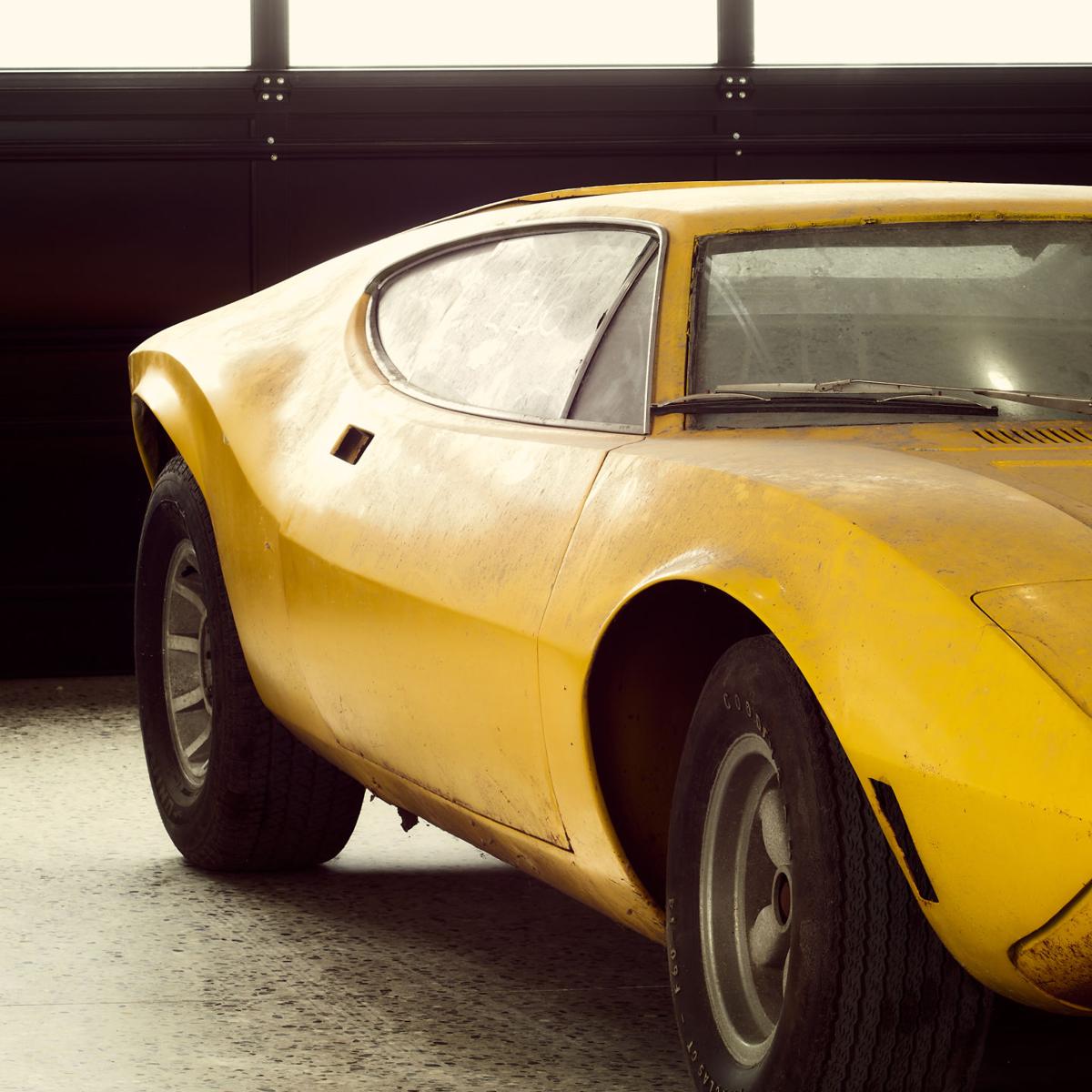 The first prototyped American Motors Corporation’s sports car AMX/3 will be restored to its 1960s condition.

Ian and Scotty Dawkins after bringing the car from the museum to Northport, circa January 1999.

Says Ian Dawkins of his father's car, which he will help restore: "You don’t own a Monet, you care for it. We’re trying to preserve the backstory, as well as the car."

The first prototyped American Motors Corporation’s sports car AMX/3 will be restored to its 1960s condition.

NORTHPORT — What’s been called the rarest American muscle car recently saw the light of day after being hidden in Leelanau County for decades.

The reemergence of the first prototyped AMX/3 has the classic car community buzzing. The American Motors Corporation’s sports car will be restored to its 1960s glory thanks to a family dedicated to its preservation and two car aficionados.

The AMX/3’s new co-owner Michael Chetcuti said since reintroducing the vehicle to the world “… the internet has been on fire.” “Muscle cars of the 60s and 70s are a hugely significant part of the market and it’s growing by the minute,” Chetcuti said.

Collectors Chetcuti and Kyle Evans purchased the prototype after hearing rumors of the vehicle’s existence.

The two well-known players in the Detroit auto industry have a home near Northport where they met the AMX/3 owner Scotty Dawkins.

Chetcuti encountered Dawkins at a Northport car show in 1994. Dawkins, also a car collector, dropped hints about his AMX/3.

“But he wouldn’t tell me what it was or where it was,” Chetcuti said.

The mystery unraveled when the car appeared in the background of a photo posted on social media.

Dawkins worked for American Motors Corporation in the 1960s and was mentored by AMC’s head of design Richard Teague.

One of six prototypes, the Dawkins’ car was produced by Bizzarrini in Turin, Italy. But the car never reached the production stage. Teague ended up owning two protypes.

“Scotty bought the first prototype,” said his wife Kathy Dawkins. “He paid only the $400 cost of shipping it from Italy.”

Scotty passed way in 2016 without fulfilling his dream of restoring the muscle car.

“There’s a lot of emotion tied up in it,” Kathy said. “From the day our son was born, it was Scotty’s dream to restore it with Ian.”

But life got in the way she said.

The couple had moved from Michigan to Alaska where Scotty worked for the Alaska Attorney General’s Consumer Protection Office. They had handed the car to the Gilmore Car Museum at Hickory Corners, Michigan, with the understanding the museum would restore the car and Scotty would reclaim possession after 20 years.

The family returned to Michigan in 1996 to discover the museum had lost track of the agreement paperwork, the man who negotiated it was gone and the car had not been restored but for a transaxle and bell housing.

Scotty jumped hoops to reclaim it. He succeeded and brought it back to their rented fam in Northport where it was stored in the barn until 1999.

The car was later relocated to the family’s new Leland location where it sat concealed until 2019.

“It was a hidden gem, but not lost,” Kathy said. She explained the family kept the car’s existence quiet because of security issues.

The car was destined for sale at auction until Chetcuti and Evans bought it last May.

“Michael and Kyle gave us a price we were comfortable with and agreed that it would stay in the area,” Kathy said. “That was more important to us than the highest bid.”

Classic Design Concepts of Milford, Michigan will manage the restoration. Son Ian Dawkins, an auto technician at Van’s Garage in Leland, will assist in the restoration by building the power train unit.

“Dad would be proud,” Ian said. “We found a steward of something bigger. You don’t own a Monet, you care for it. We’re trying to preserve the backstory, as well as the car.”

Chetcuti said it requires a host of experts to reimagine and restore the vehicle. “After it’s done, we’ll have a splashy show for the unveiling,” he said.