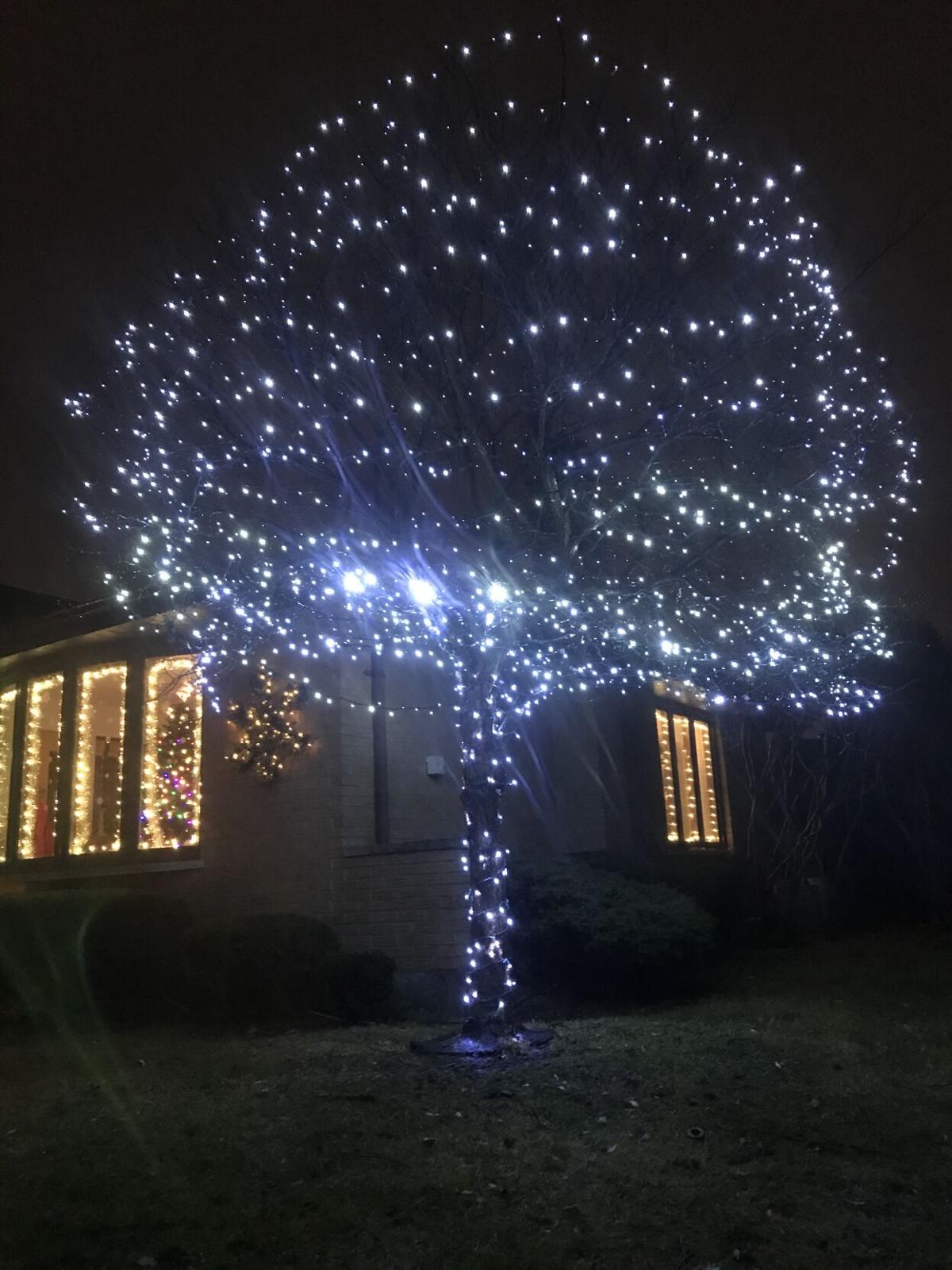 The Eastern Redbud tree decorated in thousands of lights during Christmas in memory of some special dogs. 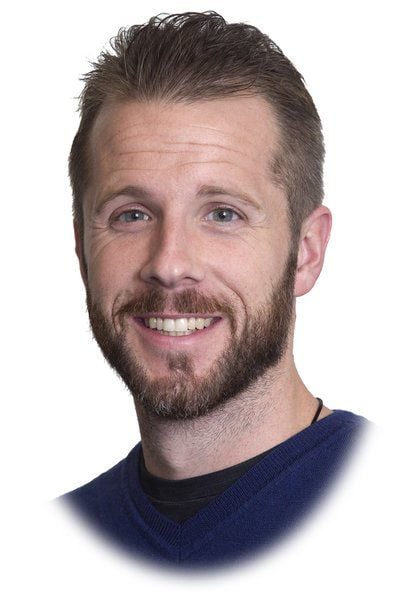 I spent a weekend in June 2008 planting a tree in my parents’ front yard. An Eastern Redbud that flowers a vibrant pink in the spring and a golden yellow in the fall.

A silver birch stood there for nearly three decades, but the towering tree fell victim to a nasty thunderstorm — and the spot lay bare for several years.

Planting the tree was a mission despite the heat. Sweat bubbled on my forehead, dripped down my neck that was cooked to a fine medium well by a blazing sun.

I used a shovel that was likely older than me as I dug down, not stopping until the hole was deep enough to support a tree that has grown for 12 years. Hopefully it grows for many more.

I’d spent the previous few days walking around the house, silent like a ghost and wracked with grief I wouldn’t experience again until May of this year.

I know I’ve written a lot about Brandy and Guinness, my two pups who died of the same cancer, but I miss them both and the pain never really goes away.

Brandy died June 11, 2008. I planted the tree in her memory five days later when Tiger Woods and Rocco Mediate were throwing down an epic battle for the ages in the U.S. Open.

Buried under the tree and now wrapped in its roots is Brandy’s collar and tags. Nestled into the ground in front of the tree is a memorial stone dedicated to that golden retriever with a thumping tail and unbreakable love.

That Christmas, I decorated the tree with twinkling and cool white lights. I called them angel lights. I think I only needed a string or two that first year.

As the years have passed, Brandy’s tree — as any tree does — grows larger and stronger. That means more lights every Christmas.

Back in June, I sat beneath her tree with Guinness’ ashes in my lap the first time I went home after he died. I cried.

My nephew Henry, a bright 10-year-old kid who is one of my four favorite people, came out to check on me.

All four of my nephews and now a lot of my family call me “Bobo,” which was Henry’s first word to me as I tried to rock him to sleep while cooing “Swinging On A Star.”

“Just spending some time with my pups,” I said, trying to blink away the tears — unsuccessfully.

Henry turned to walk back inside, but stopped and walked back.

“He was a good dog. I know you loved him very much, and I know he loved you very much,” he said. “I’m really sorry he died.”

Had I not already been crying, that would have done it.

“Thanks, buddy,” was all I could muster without breaking down into heaving sobs.

That tree means a great deal to me. I’ve cared for and tended to it as best I can over the years, and it has flourished.

I went back to my parents two weeks ago, once again on a mission. I’d decorated that tree every year, but this year meant a bit more after Guinness passed.

I’d decided it would now be Brandy’s tree and his tree, and I’d commemorate that with a couple thousand angel lights.

I started that Sunday. Dragged an extension cord with a makeshift double outlet at the end, courtesy of my electrician dad.

There was a problem, however. I only made it about halfway up by the time I reached the last string of lights that was still working. Not only that, but every store I went to was picked clean of lights.

I ordered five more 200-light strings online and waited until Friday for them to arrive.

By the time I’d finished, the tree was perfect and lit up with the intention that it could be seen from the heavens.

A mix of gratitude and grief overtook me as I stood back to look at it. Sure, they’re just lights on a tree to passersby, but not to me.

I took several pictures with my phone, but it wasn’t until I looked at them later that I noticed the three bright lights sticking out from the thousands of others — right next to each other.

I’ve had three dogs come into and then out of my life. Before Brandy there was Sabrina, a Shetland sheepdog her breeders did not want because she was the runt of the litter.

I realized those three lights were my three guardian angels — my Sabrina, my Brandy, my Guinness.

I still grieve them all.

I found a saying online after Guinness died.

“Grief is really just love. It’s all the love you want to give but cannot. All of that unspent love gathers up in the corners of your eyes, the lump in your throat and in that hollow part of your chest. Grief is just love with no place to go.”

Nothing felt truer when I read that, but my love goes into decorating that tree every Christmas.

At least I have one place left.