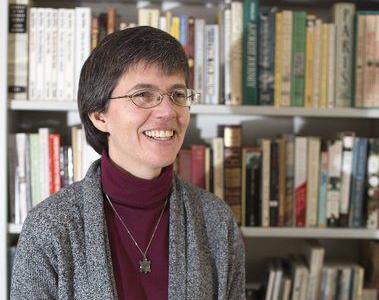 Heather Shumaker poses for a picture in front of her bookshelf at her home in Traverse City. Shumaker wrote "Saving Arcadia" about the Grand Traverse Land Conservancy's efforts to buy and conserve Arcadia Dunes. 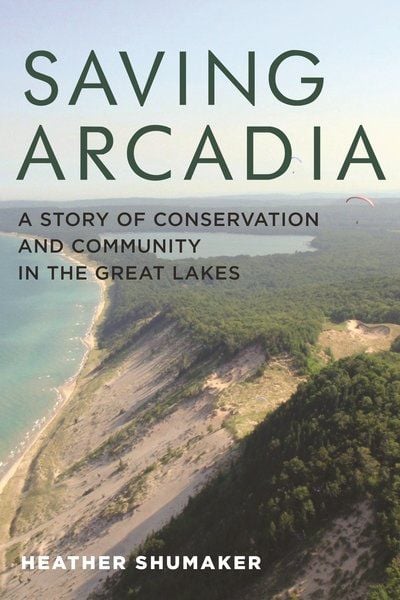 Press"Saving Arcadia" by Heather Shumaker will be available in stores and online on April 1. 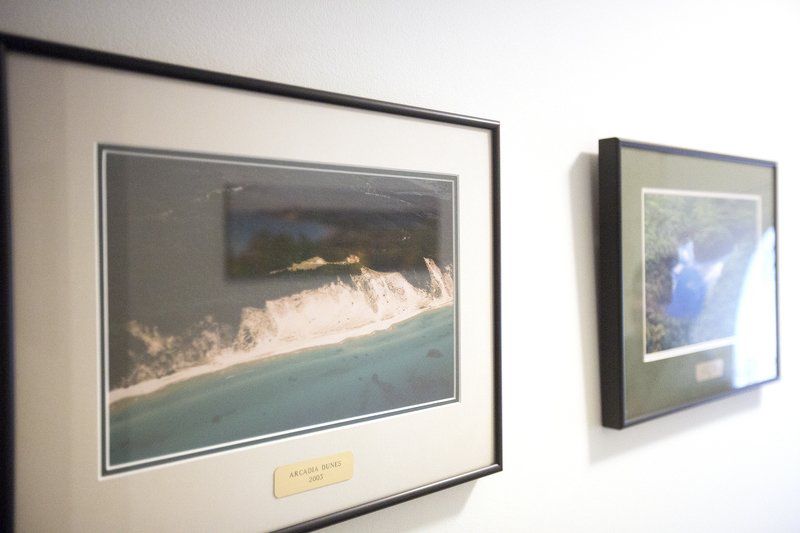 Pictures of Arcadia Dunes hang in the entrance to Heather Shumaker's home.

Heather Shumaker poses for a picture in front of her bookshelf at her home in Traverse City. Shumaker wrote "Saving Arcadia" about the Grand Traverse Land Conservancy's efforts to buy and conserve Arcadia Dunes.

Press"Saving Arcadia" by Heather Shumaker will be available in stores and online on April 1.

Pictures of Arcadia Dunes hang in the entrance to Heather Shumaker's home.

Shumaker, a land protection specialist at the Grand Traverse Regional Land Conservancy, was searching for properties on behalf of the organization when she noticed the Arcadia Dunes. The 6,000-acre plot stretching across Benzie and Manistee counties stood out against tiny chunks of family-owned land, and Consumers Energy owned it all.

Her find marked the beginning of a years-long project to buy Arcadia Dunes from the large corporation, an undertaking Shumaker suspects both she and the conservancy underestimated at the time.

"It was actually pretty impossible what we did," she said. "I think if we’d known that ahead of time we wouldn’t have done it."

But in hindsight, she said, that's what makes the project a great story. Shumaker chronicled the conservancy's fight to buy the land in "Saving Arcadia." The book, slated to hit shelves April 1, carries a simple message.

"It’s really a book about hope," she said. "We wouldn’t have started this project if we hadn’t had audacious hope. A good news environmental story is a rare thing."

"Saving Arcadia" tells the story of a conservancy project that turned into a two-year community fundraising campaign to save the land. Roughly 5,000 people got involved in the conservancy's Coastal Campaign, Shumaker said. They raised $35.4 million to buy Arcadia Dunes, Green Point Dunes and Betsie Dunes from Consumers Energy's parent company, CMS Energy.

"It took a long time to figure out how to raise the money to buy this property from them and do it quickly," Shumaker said. "Nobody can do that alone. It took this community effort."

But her book begins decades before community involvement peaked in 2003 and the conservancy's initial involvement in 1999. She takes readers back to 1969 when Consumers Energy first began purchasing land from farmers in Arcadia to build a power plant.

Those plans eventually fell through, but the company held onto the property for decades. Shumaker pored over land deeds, newspaper clippings and CMS Energy files to piece together parts of the story that happened before her time.

"That was tricky to learn how to tell that story when I wasn’t there," she said.

Shumaker entered the picture in 1998 when she began working for the conservancy with farm and forest landowners to buy or limit development on their property. Specialists search for properties with big blocks of land, shoreline or rare species. The Arcadia Dunes had all three.

"What made this one stand out was the sheer size of it," she said.

The years that followed were admittedly a blur of meetings, research and fundraising for Shumaker as she and others in the conservancy worked to purchase the land.

"A lot of us worked late nights and early mornings, seven days a week, just pushing really hard for this," she said. "The details of what happened, as time goes on, you begin to lose them."

Shumaker scoured old journal entries and letters to refresh her own memory. She gathered news archives, weather reports and old photographs to fill in the details.

"I interviewed probably 75 people and took our collective memories," she said. "Slowly the fog began to lift and the memories came back."

But what Shumaker never forgot about the conservancy's Coastal Campaign, and what she wanted her book to highlight, was the community effort it became.

"There are a lot of hearts connected to Arcadia Dunes," she said. "People came out of the woodwork who'd loved this property for generations."

Shumaker will celebrate her book's launch on April 8 with a public party starting at 3 p.m. at the Bluewater Hall Event Center.

ELBERTA — A challenging hike is on approach for outdoor adventurists who want to experience Lake Michigan sand dunes during the depths of winter.