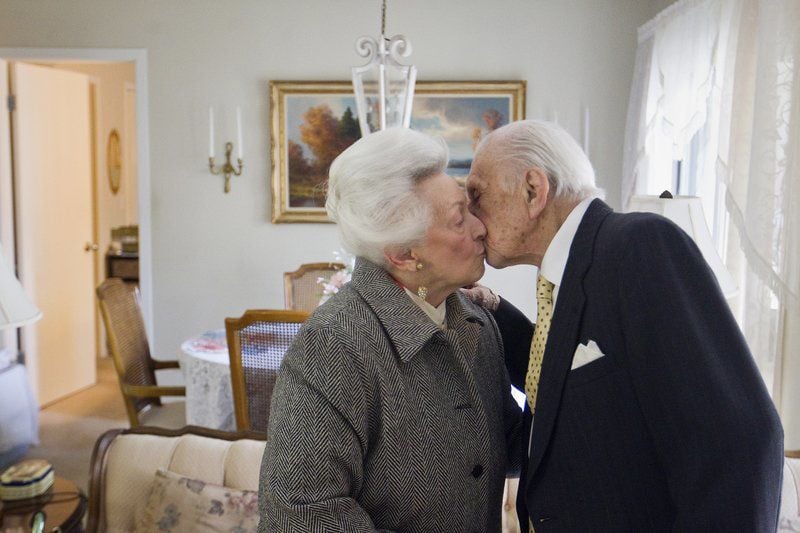 Maxine Pieschke kisses her husband Walter before going shopping with their daughter, Cherrie Haven, in their Traverse City home. The two will celebrate their 70th anniversary on May 6. 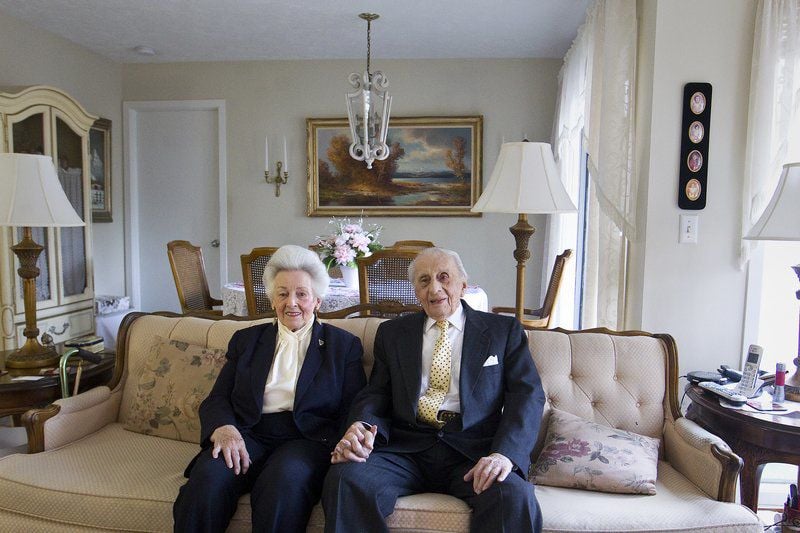 Maxine and Walter Pieschke of Traverse City will celebrate their 70th wedding anniversary on May 6. 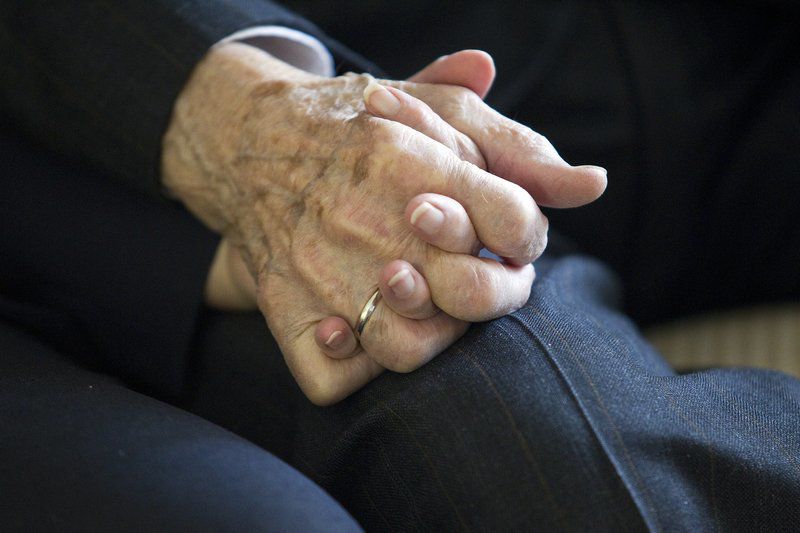 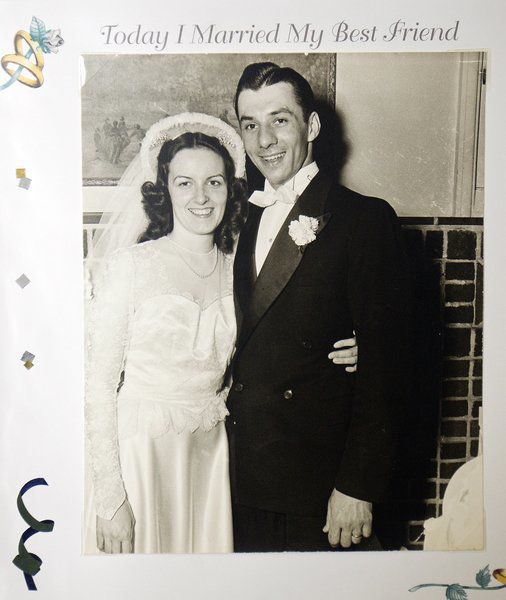 A photo of Walter and Maxine Pieschke from their wedding day on May 6, 1949.

Maxine Pieschke kisses her husband Walter before going shopping with their daughter, Cherrie Haven, in their Traverse City home. The two will celebrate their 70th anniversary on May 6.

Maxine and Walter Pieschke of Traverse City will celebrate their 70th wedding anniversary on May 6.

A photo of Walter and Maxine Pieschke from their wedding day on May 6, 1949.

TRAVERSE CITY — The story of Maxine and Walt Pieschke started more than 75 years ago on the east side of Detroit, where they both grew up and belonged to the same church.

She was 16 and he was home on furlough from World War II and his family marked the occasion with a party. At one point in the evening Walt, who is quite the crooner, sang a song.

"That was the first time I saw Wally," Maxine said. "I thought to myself, 'He's good-looking and he sings too.' He left an impression, but never in a million years did I think that we would one day be married."

Maxine recently turned 91 and Walt is 97. Next month they will celebrate 70 years of wedded bliss.

Walt went back to the war, where he found himself on the island of Iwo Jima when the atom bomb was dropped on Japan.

"The first day there I looked up in the sky and said, 'What am I doing here?'" Walt said. "I had no idea what was going on, but I was ordered to wear my gas mask for three days."

When he came home he joined the church choir, of which Maxine was a member. He had a "woody" station wagon, made in those days with real wood panels, and one day offered some of the ladies a ride home from choir practice. One of those ladies just happened to be Maxine.

He remembers that ride well.

"As time went along she moved to the front seat and she was the last one to be dropped off," Walt said.

Maxine was later a bridesmaid at her sister's wedding when Walt gave her quite a surprise.

"He came right up to me and gave me a smoochy kiss," Maxine said. "I thought, 'Good grief, he's got a lot of nerve ... But I guess it didn't bother me too much."

They both love music and like to sing and once sang a duet at a church banquet. Afterward the pastor noted that they made a lovely couple, causing Maxine to nearly die of embarrassment.

"I could feel the color coming up into my face," she said.

They began dating and Maxine's sister questioned whether Walt was really serious. At the same time Walt's mother was questioning his motives, telling him if he wasn't serious he better drop it.

But then there was that night when they were sitting on a seawall in Port Huron, where her family had rented a cottage.

"There was a huge moon and all of a sudden the words came out of Wally's mouth, 'Will you marry me?' I think I scared him because I said 'yes' so fast."

Walt said he knew a lot of ladies before he met Maxine. But when he was sitting on that seawall he was struck by much more than her outward beauty.

"Inside of her there seemed to be something that I had never experienced with any other lady," he said. "It was like a bomb that would be dropped on me and I had no mercy."

When the kids were young there were some busy years. They owned a mechanical contracting company that kept Walt at work for long hours. But family time was important to them.

"When it was dinnertime he was usually home and would enjoy dinner together with the family," Maxine said. "Then we always did the dishes together and got caught up on the day."

When the kids were older the business, which did a lot of work for the Ford Motor Co., took a tumble because of the economy and a workers' strike. Their livelihood changed and they moved to their summer home in Interlochen and opened four or five gift shops in the Traverse City area.

Those were very hard times, but it just made them stronger, Maxine said.

"It really drove rock-solid character into our children," she said.

They later settled on just one shop that is still at the Park Place Hotel. They retired in 2005 and it was taken over by their daughter and son-in-law, Cathie and Timothy Morrison.

They say the secret to their long and happy marriage is their faith.

"I knew when I married Walt that he wanted to establish a Christian home," Maxine said. "Otherwise I don't think I would have married him."

Walt says life is a little like plowing — if you look backwards your rows will be crooked.

"Never give up because you cannot look back," he said. "I learned I gotta look forward."

After a lifetime together there are many things Maxine loves about Walt, but there is one thing she loves most.

For Walt, it's hard to put into words.

"It's no one thing, but she's a 100 percent person. Our love just grows deeper as we get older."