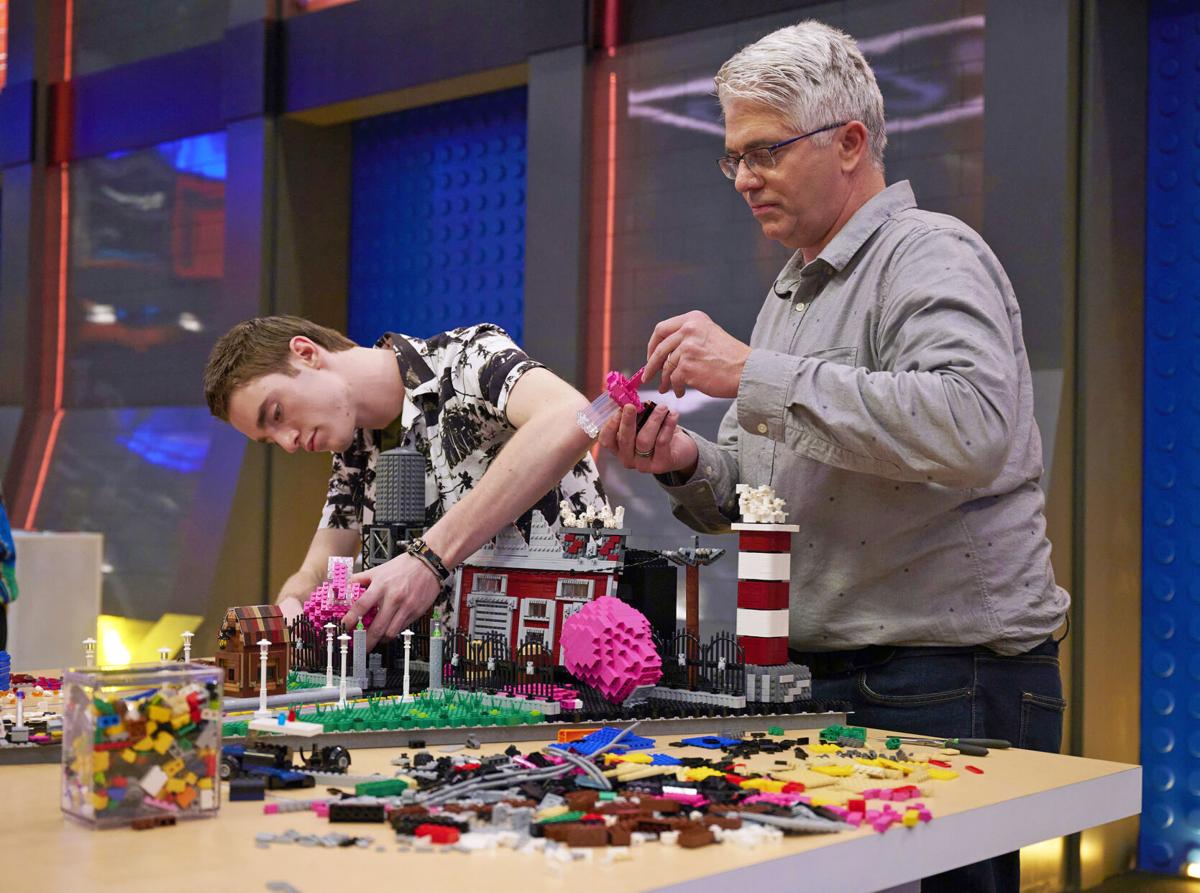 Contestants Tim, left, and Zach in the “Hero Shot!” episode of “Lego Masters” that aired Tuesday on FOX. 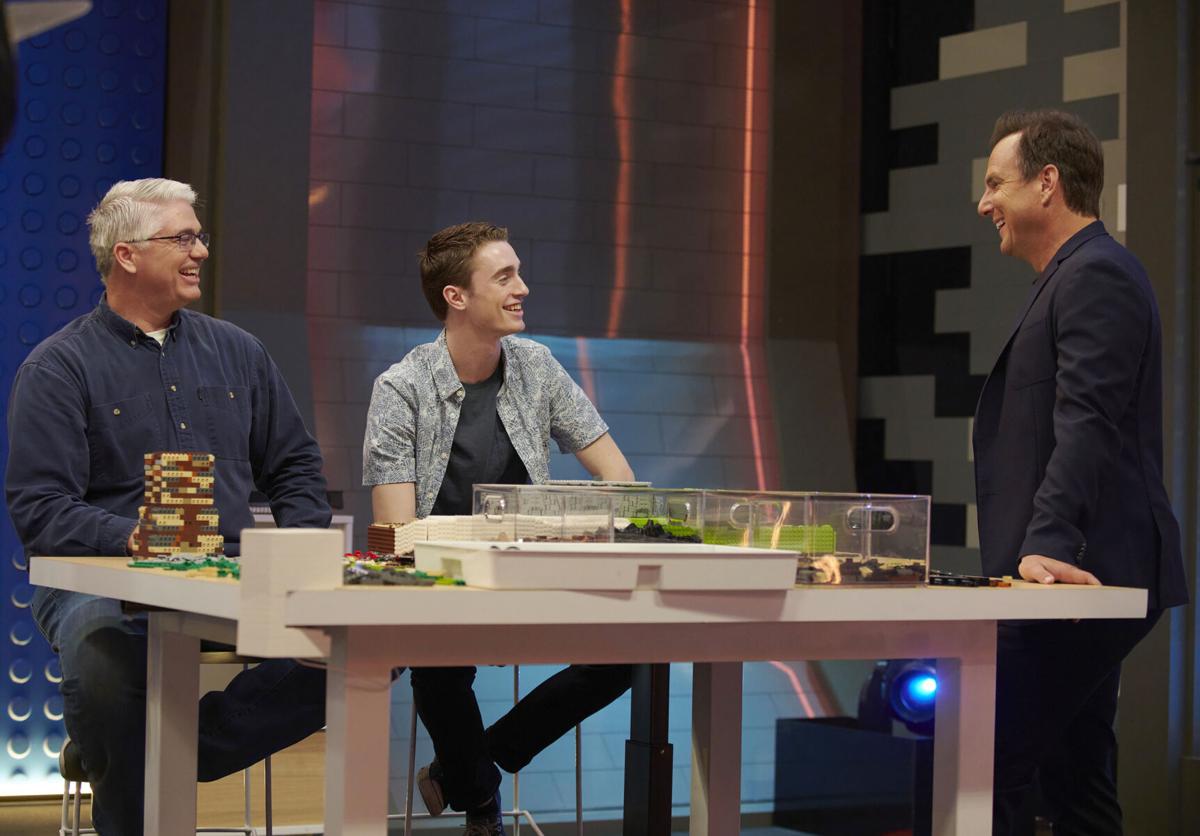 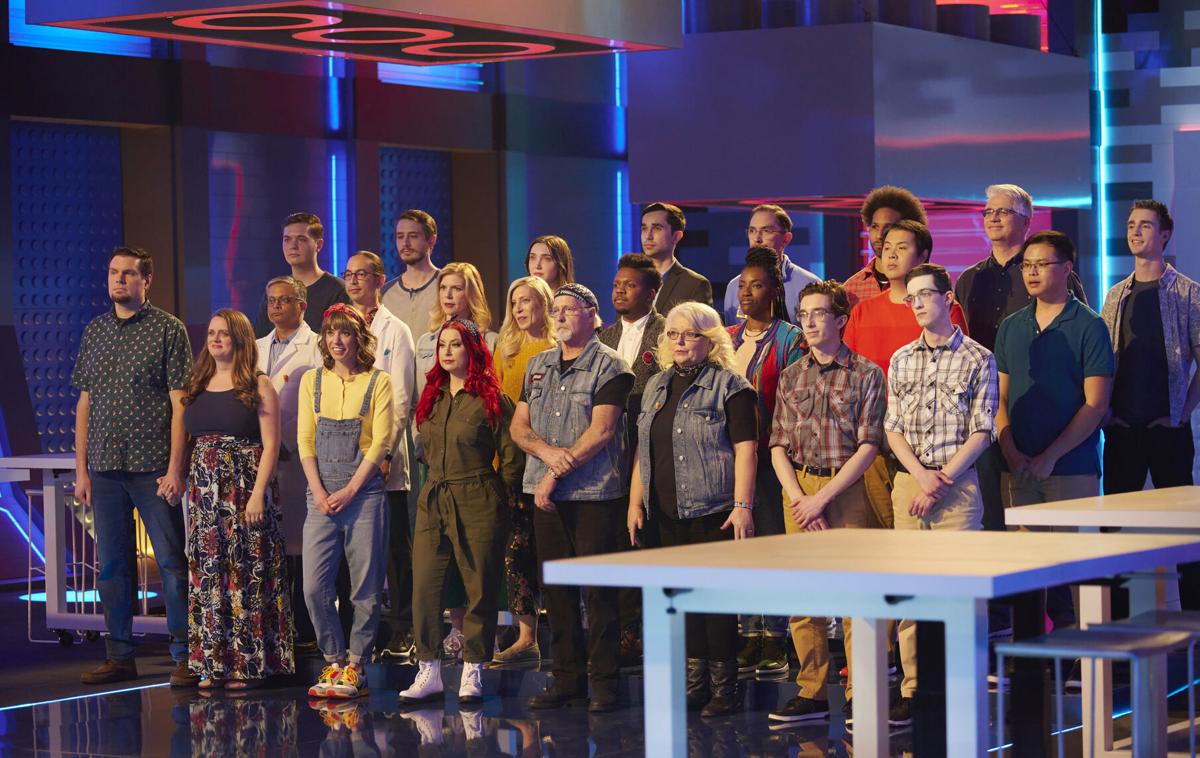 Tim and Zach Croll, back row far right, stand among 12 pairs of contestants on "Lego Masters," which airs from 8 p.m. to 9 p.m. on FOX. 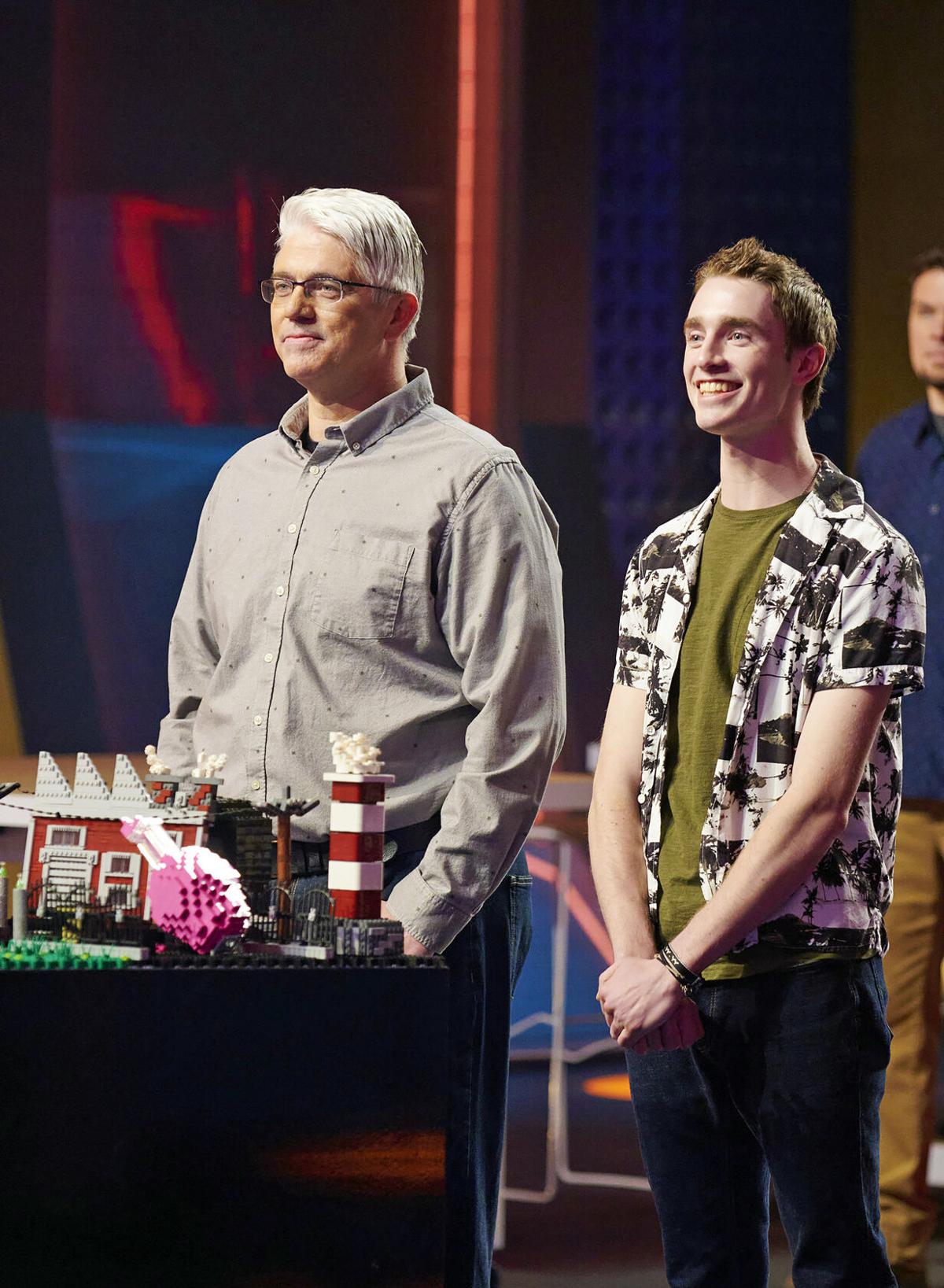 Contestants Zach and Tim in the “Hero Shot!” episode of "Lego Masters" which aired Tuesday, June 8 (8-9 p.m.) on FOX. 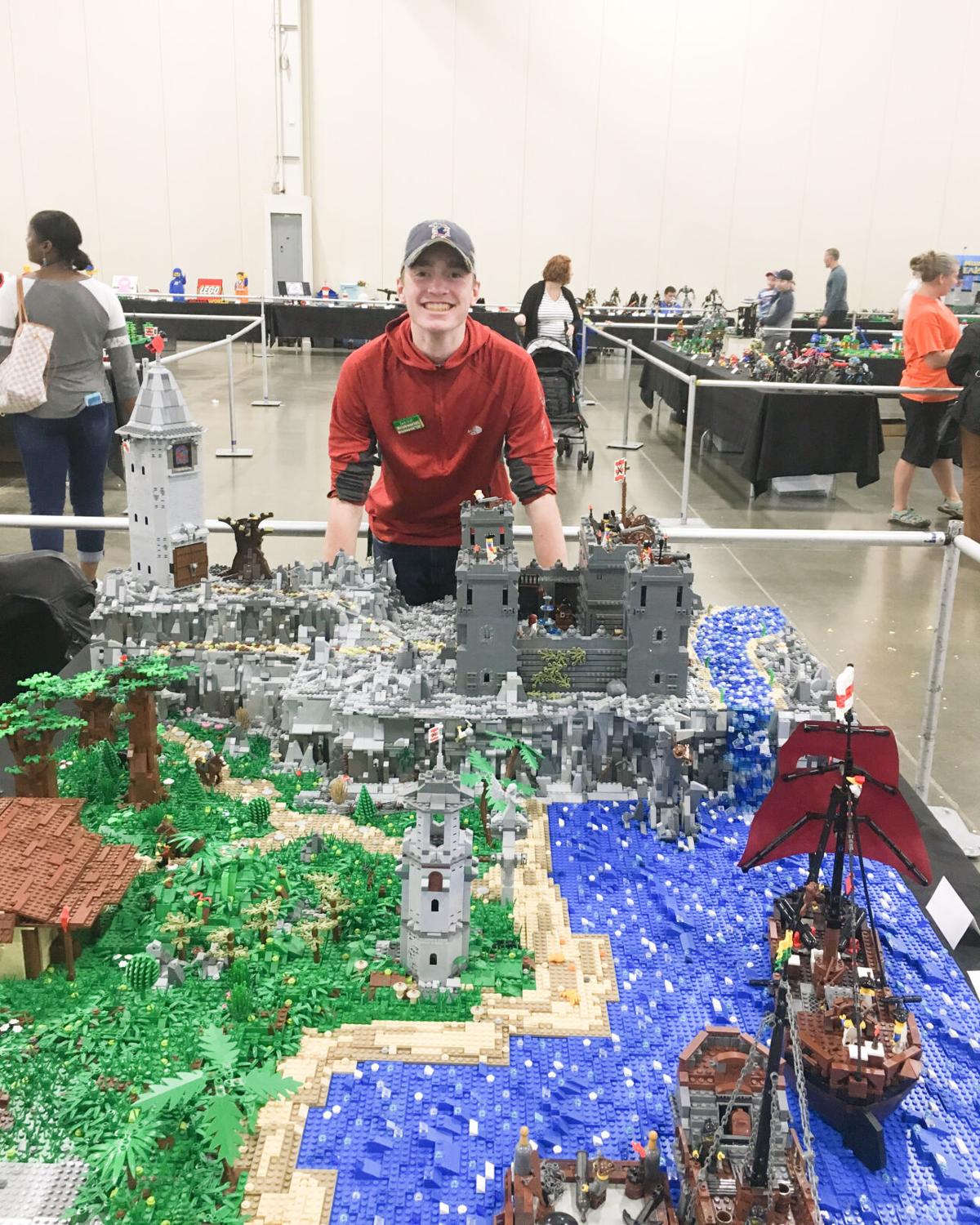 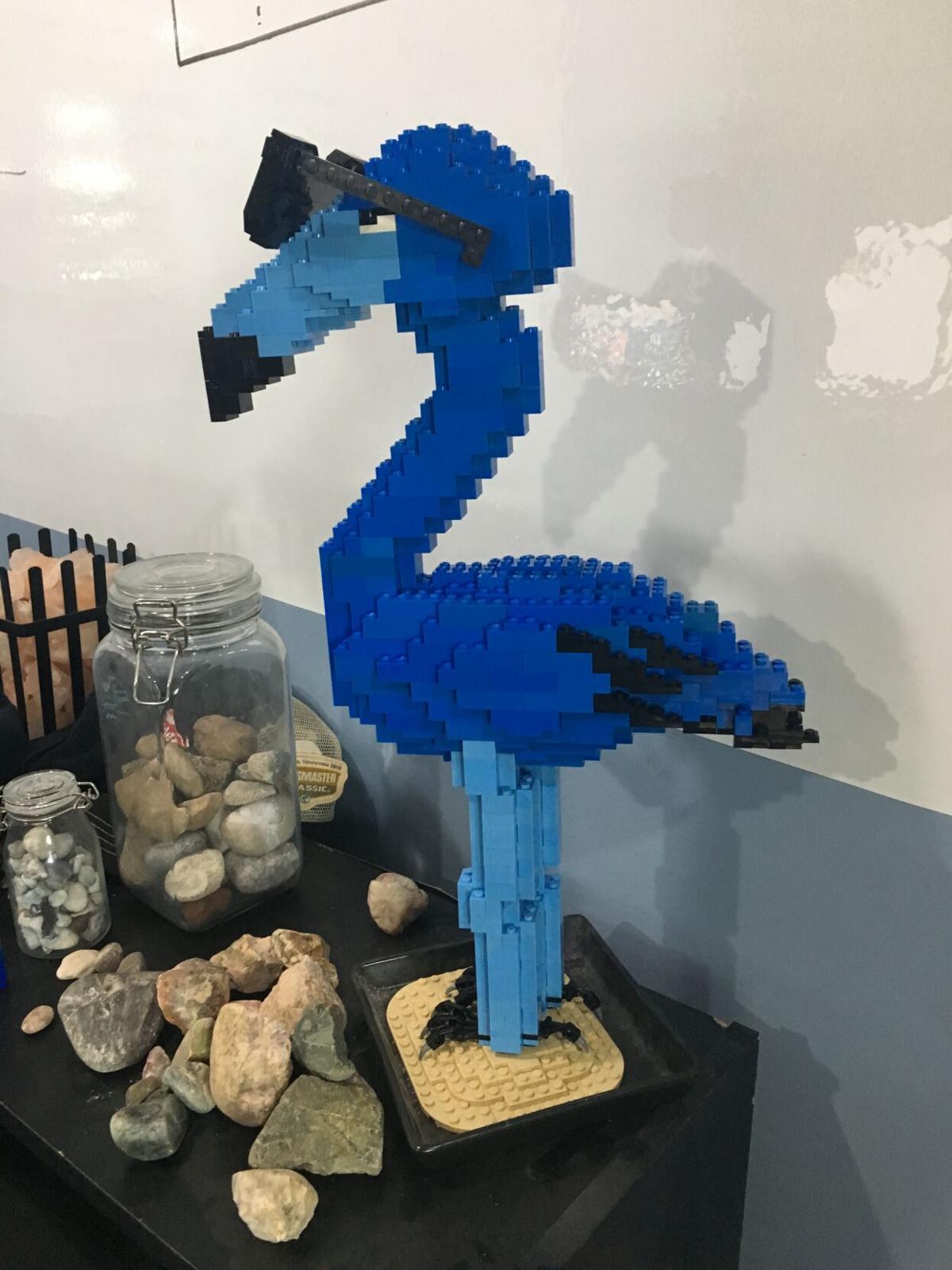 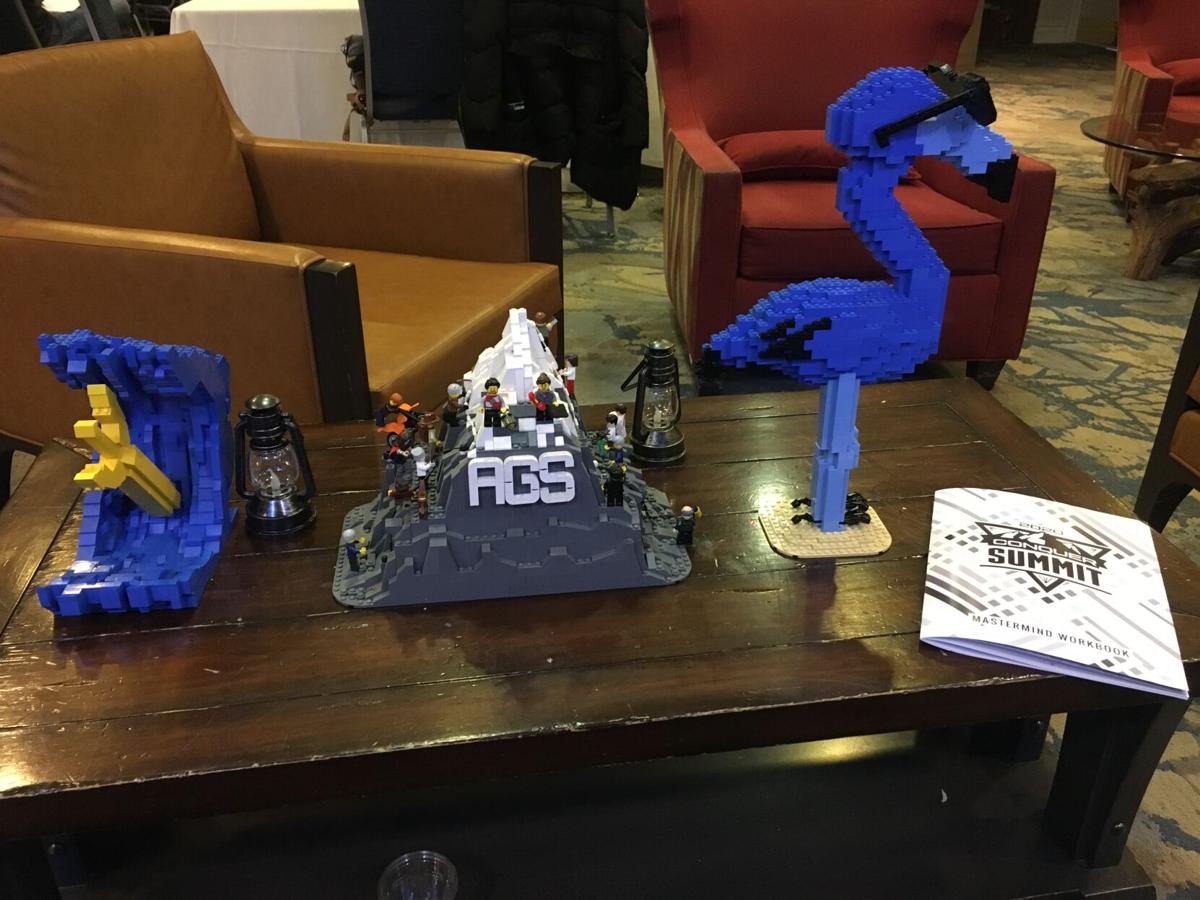 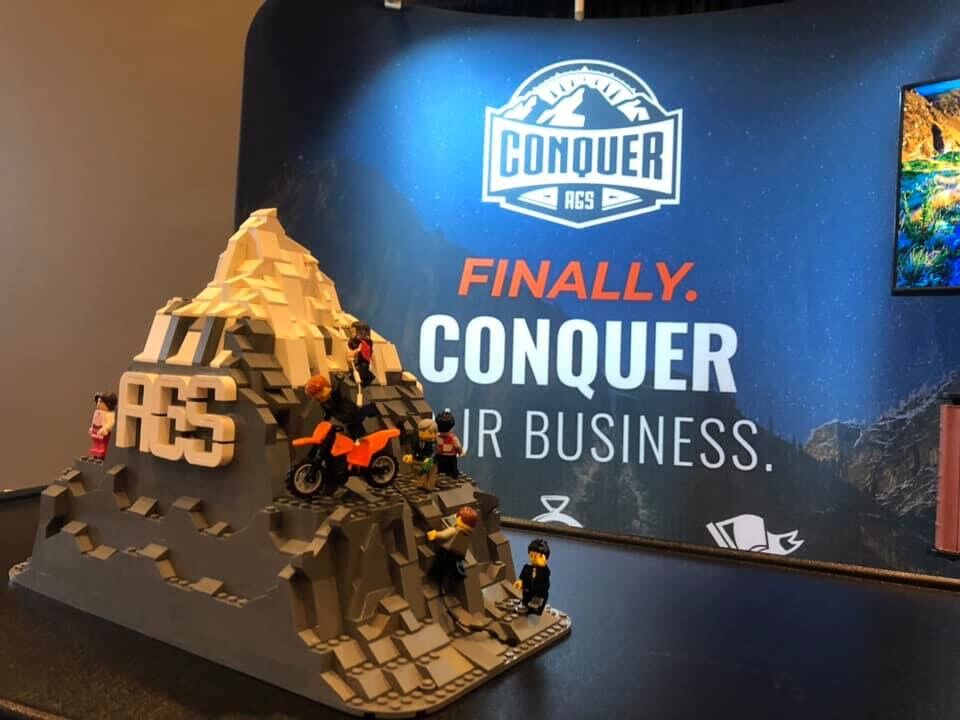 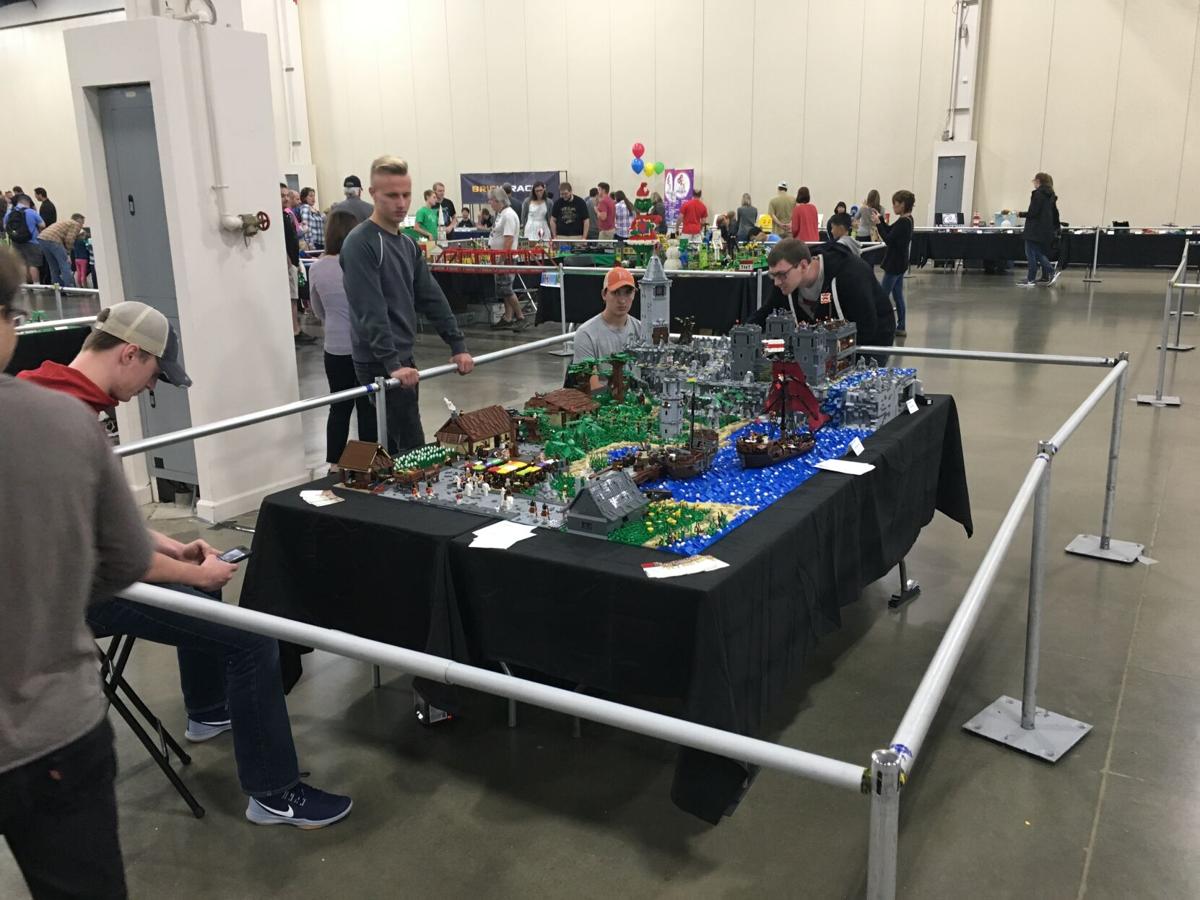 Contestants Tim, left, and Zach in the “Hero Shot!” episode of “Lego Masters” that aired Tuesday on FOX.

Tim and Zach Croll, back row far right, stand among 12 pairs of contestants on "Lego Masters," which airs from 8 p.m. to 9 p.m. on FOX.

Contestants Zach and Tim in the “Hero Shot!” episode of "Lego Masters" which aired Tuesday, June 8 (8-9 p.m.) on FOX.

GAYLORD — Tim and Zach Croll stopped counting the number of Lego bricks they have in their basement. They measure by weight.

They have two tons of bricks — nearly the weight of a white rhino; an adult giraffe; two male bison; 20 baby elephants; or a Jeep Grand Cherokee.

The father-son pair from Gaylord are featured on the second season of the reality game show, “Lego Masters.” Episodes premiere Tuesdays from 8 to 9 p.m. on FOX (Local 32 in the Traverse City area).

Hosted by Will Arnett, the voice of Batman in each of the three Lego movies, the show puts pairs of contestants up against some of the world’s best master builders. They compete for cash prizes and the grand title of Lego Master.

Zach, who’s 18 and originally from Pennsylvania, said he typically says he began working with Lego when he was 7 years old but his dad gives a different answer.

“At 3, Zach already wanted to steal all of his older brothers’ Lego,” Tim said. “As a 3-year-old, they put things in their mouths and in their noses where they shouldn’t, so we were always trying to keep all the Lego bricks away from Zach, for a long time, until he got to the age where he could actually start putting the set together with me at the beginning.”

When Zach got to be 9 years old, Tim said Zach wanted to do more projects by himself. That was around the same time they moved to Gaylord, the hometown of Tim’s wife, and Zach had the space in the basement to set up an extensive Lego workshop.

So Tim joined in on the fun, seeing building Lego creations with Zach as a way to connect more with his children.

“Just like a parent that goes to every baseball game, this was something that I wanted to be involved with,” Tim said.

Zach’s basement workshop took four years to come to life — and it’s continuing to grow. Just this past weekend, the Crolls picked up 25 pounds of Lego bricks and began sorting them.

You can find a long work table down the middle flanked with smaller work tables around the walls, surrounded by shelving units everywhere you look. It takes up about 180 square feet (12-feet-wide-by-15-feet-long).

“It’s all organized by the part, and not by color, even though a lot of people say you should organize by color,” Zach said. “You could pick out color easier than you can pick apart when they’re all together. It’s just floor to ceiling basically shelving units. They all come out and then they go to the building table. It’s a good time.”

The largest creation Tim and Zach made there is a 8-foot-by-4-foot castle scene that’s been built in three years with several phases and add-ons throughout that time. The castle has four levels within it, and lies next to a waterfall. Three to four ships sail the river depending on the show they’re at, and it all leads to a bustling vibrant market square.

He went on to display that at Lego fan conventions, “Brickworld,” twice in Chicago and once Novi. Those have been known to attract several thousand tourists and hundreds of exhibitors.

“It’s like Alice walking through the looking glass,” Tim said. “You step into a whole other world that if you’re not a part of the Lego system or you haven’t been introduced to Lego, it’s a rabbit hole that leads to an entirely new world — which is really exiting.”

Producers of the “Lego Masters” series noticed the Crolls on the convention lineups and asked them to apply to be contestants. The rest is history.

Tim and Zach’s time on the show

The second season of “Lego Masters” features three pairs with a Michigan connection. Twelve teams are competing in the 10-episode series. Phillip and Maria Straatsma of Kentwood join Dawn Sloboda of Coopersville, who is competing with her brother, Jack Schwarz, who is from Ohio.

Arnett, best known for his role of Gob Bluth in the Fox/Netflix series “Arrested Development,” voiced Batman in each of the three Lego movies.

The two can’t say what their outcome on the show was just yet, but Tim and Zach survived elimination from the first episode after creating a float in honor of northern Michigan’s seasons.

Despite a few malfunctions on the build made during the second episode, the two survived that week too.

On the day of the season premiere, June 1, the Croll’s held a watch party at The Iron Pig Smokehouse with a crowd of about 40.

Tim said what’s special about Lego Masters is that every contestant has a different skill set — like Zack and Wayne Macasaet who he said are probably the best builders with with motion.

“You don’t have to be good at all of it but that’s what Lego Masters is all about — putting yourself in an environment to be able to test, that push your skills to a whole new level,” Tim said.

Zach said the biggest thing he noticed while on the show was that everything the two had to make was under a time crunch, which isn’t a way they would normally build.

“I was like ‘Man I really wish we could have done this, this, this and this,’ but you know I got 20 minutes left, and I don’t have time to do that,” Zach said. “You have to kind of get what I perceive as a half-completed work because I looked at all these other details and I was like ‘It can be so much better.’ But that’s why they call it ‘Lego Masters’ and not ‘Lego Amateurs.’”

Historically with televised reality game shows, like CBS’ Big Brother, contestants return to their lives before the show with small-town fame.

Zach said he was worried that would happen, but it didn’t.

“I’m the hardcore introvert,” Zach said. “He (Tim) is the extrovert 100 percent. He loves the attention. Me, I don’t like the attention. I like to kind of disappear into the background, and I like that I’m not getting all this random attention that I don’t need.”

Tim said he doesn’t mind talking to random strangers who might ask if he was the one from the show.

And the reason why Tim chose to go on the show in the first place stays the same — it’s a moment that capped off the transition of Zach’s high school graduation and life as an adult.

“I love the fact that I was able to have Lego to allow us to connect with each other and have this experience that we will always remember at the ending of a season, and then looking forward to the opportunity of going into a new season,” Tim said.

Zach, who’s homeschooled, said he’s going to work the rest of the year, and he’s considering attending a Bible college in Wyoming the year after. He’s currently taking online classes on cattle herding and ranching.

"Just like a parent that goes to every baseball game, this was something that I wanted to be involved with." — Tim Croll, contestant on Lego Masters with son Zach Croll.