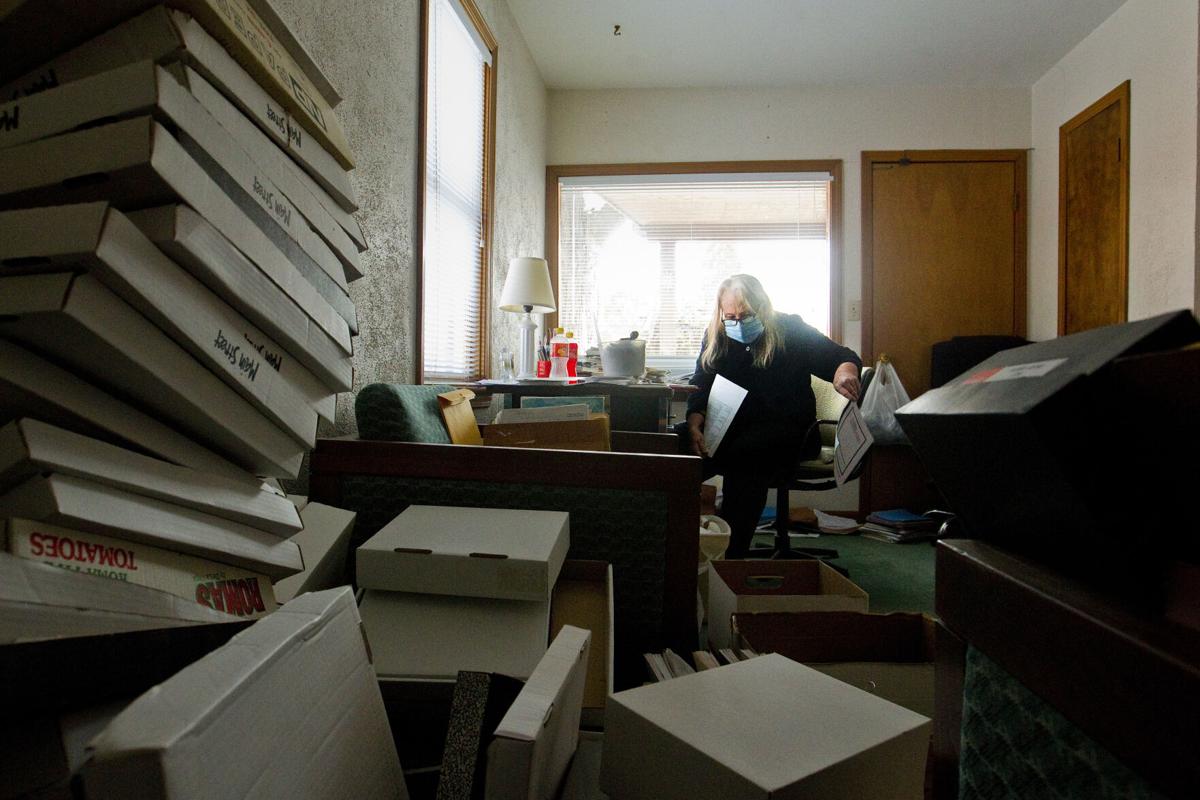 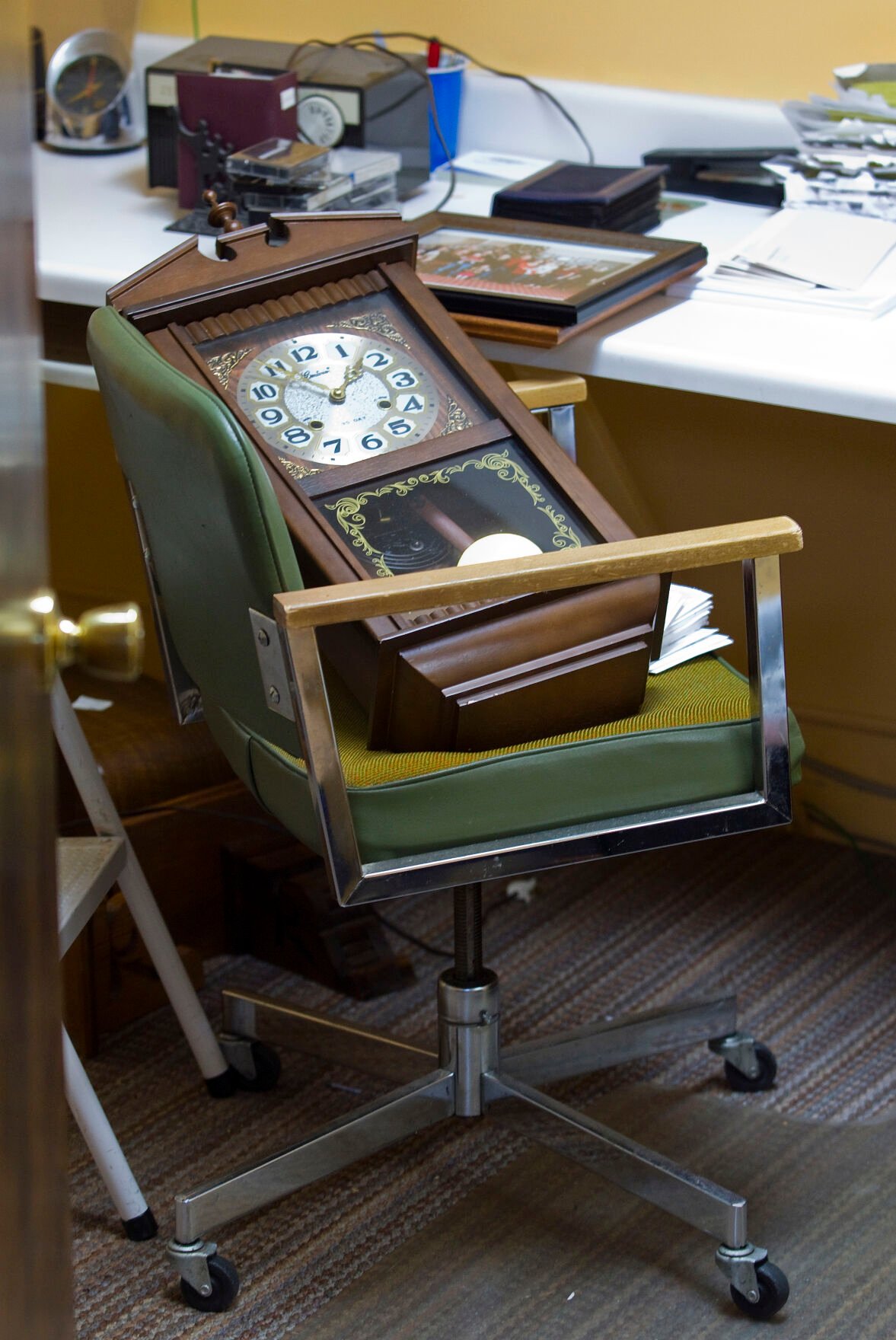 A clock sits on an office chair as The Maple Clinic in Traverse City gets packed up after 40 years. 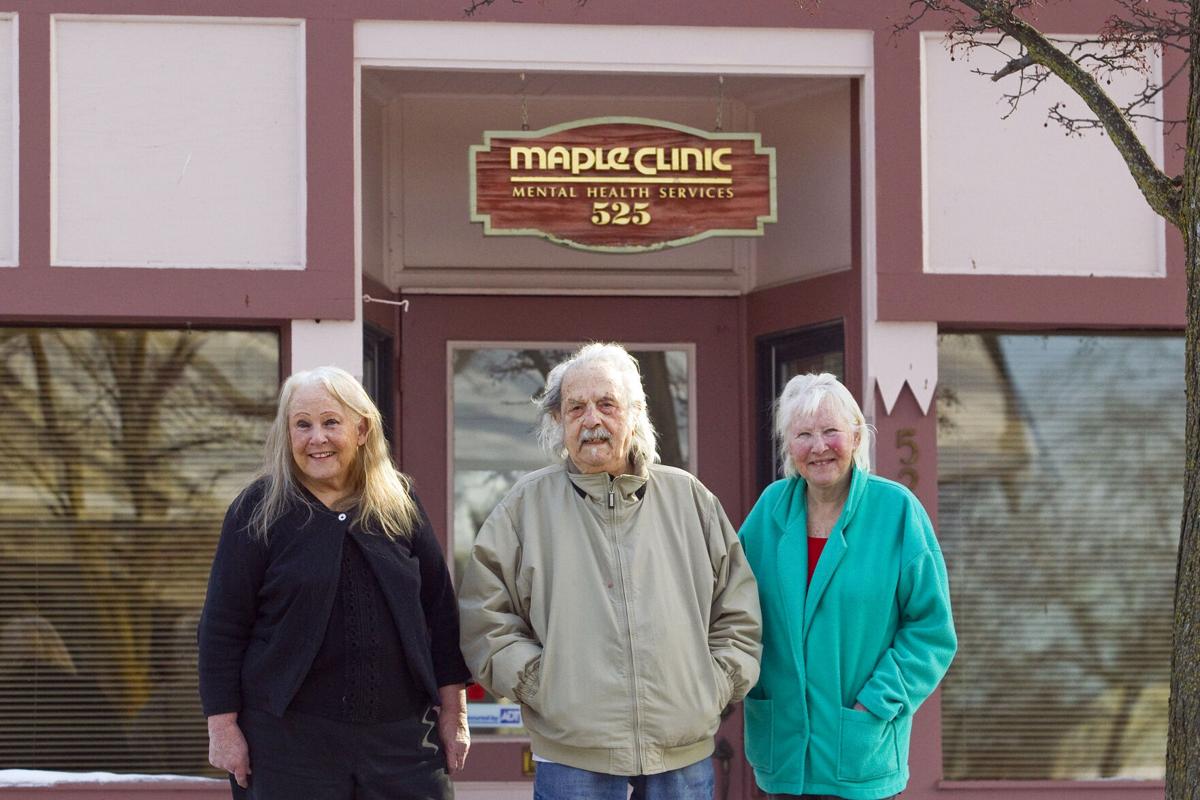 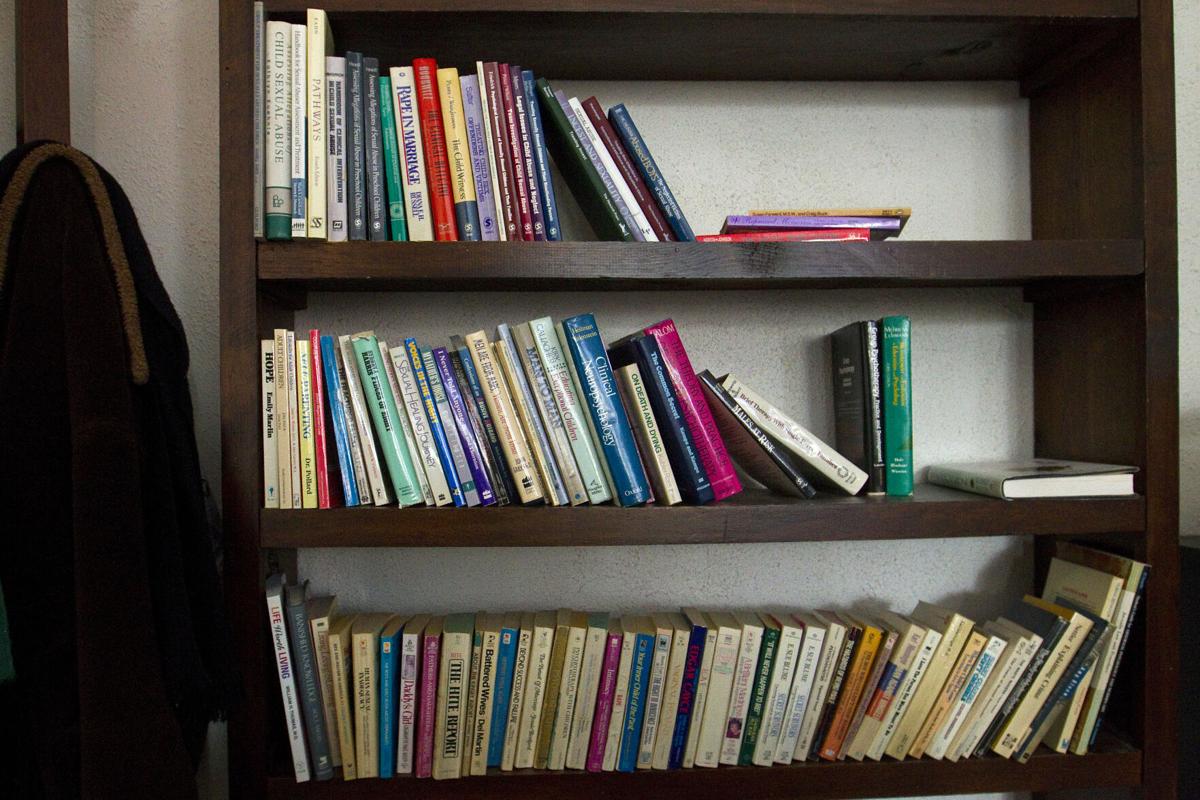 Books wait to be packed up in the office of Maple Clinic Director Barbara Cross. 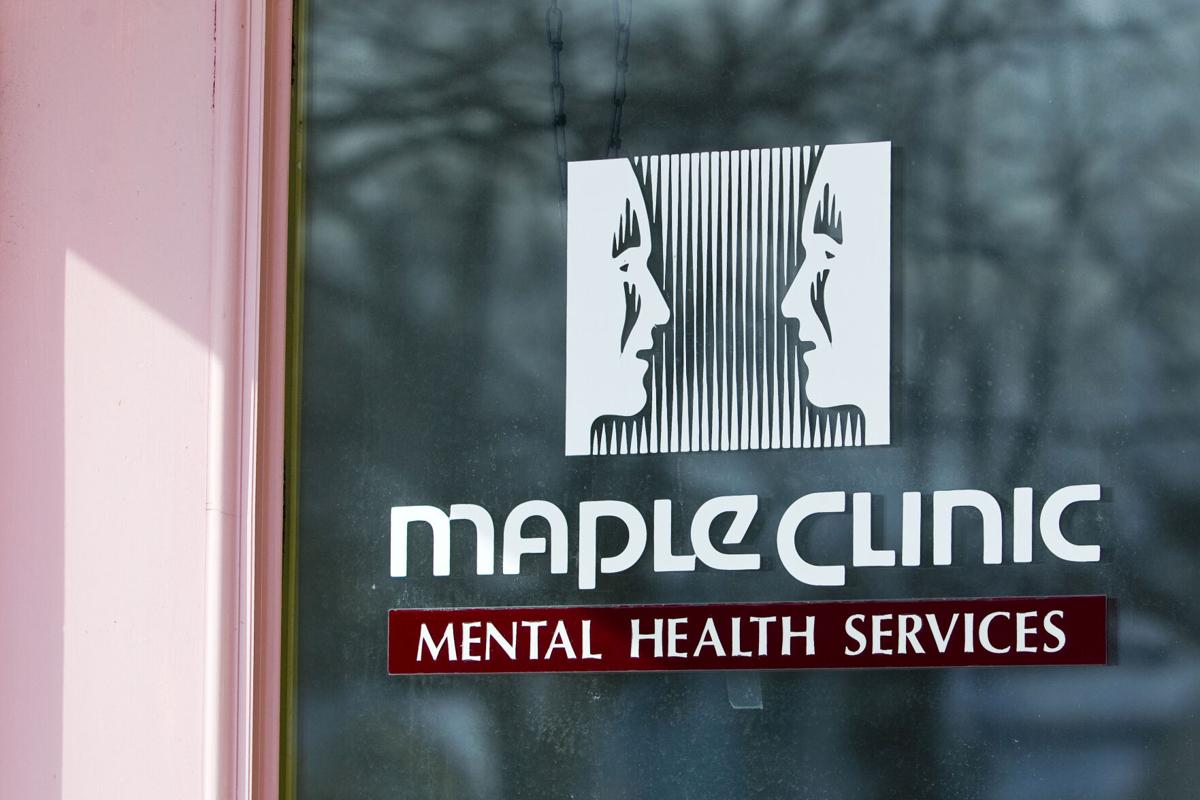 The Maple Clinic in Traverse City. 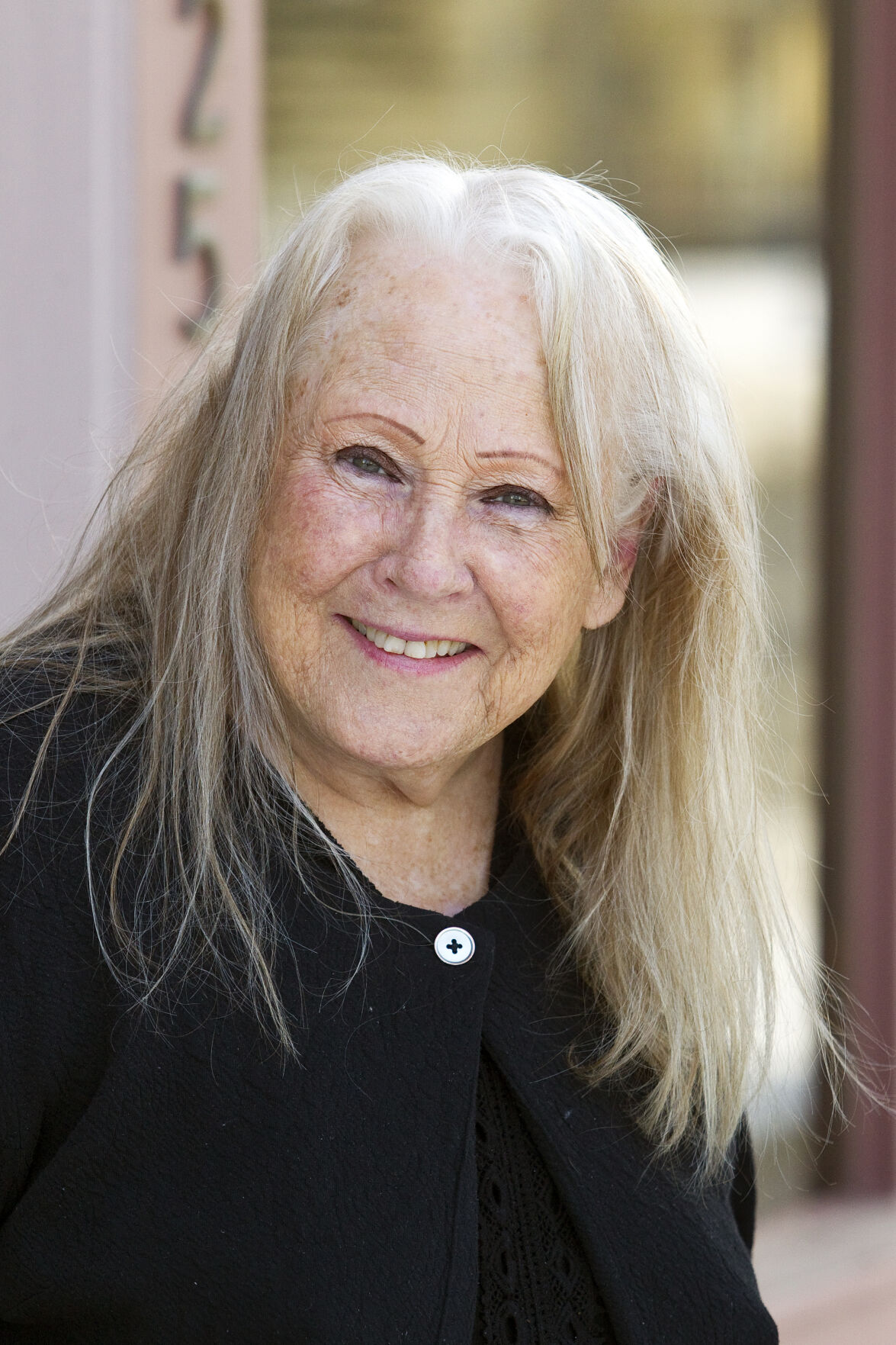 A clock sits on an office chair as The Maple Clinic in Traverse City gets packed up after 40 years.

Books wait to be packed up in the office of Maple Clinic Director Barbara Cross.

The Maple Clinic in Traverse City.

TRAVERSE CITY — After four decades of hearing stories from survivors of sexual assault, Barbara Cross summarized what she’s learned about the people of northern Michigan with three words.

“Wonderful. Smart. Survivors,” said Cross, the director of Traverse City’s Maple Clinic, which will permanently close by the end of February.

Lately the mental health clinic in downtown Traverse City hasn’t seen many clients come through their doors because of the effects of the coronavirus pandemic. The face-to-face conversations Cross built a career on for 40 years have moved to virtual meetings or phone calls. Clients who might have traveled into Traverse City from Alpena now meet with therapists virtually.

“The coronavirus dovetailed with three or four of us that were looking at retirement anyway — just looking at it, not ready but looking at it,” Cross said, “This pushed us over the edge.

“The nature of our business is talking to people behind closed doors in a sealed environment. That wasn’t going to work.”

Now, the building, home to Maple Clinics Union Street offices, has hit the market. It’s a process accompanied with the shredding of thousands of reports on sexual assault survivors — many of whom Cross said she has kept paper records of beyond the required seven years.

“Our director calls us the worried well,” Cross said. “In other words, we see highly functional people that just struggling with life issues, like all of us do.”

Cross started the clinic downstate in Birmingham, near Detroit, moving to Traverse City in 1979 for a personal move.

At that time there were not a whole lot of mental health services in northern Michigan, she said. Outside of the State Hospital, there was only one other private clinic in the city served by three male therapists.

That’s also how the Maple Clinic’s role in the community became shaped into what it was for 40 years. Cross said the primary clientele her business saw were sexual assault survivors the courts in Grand Traverse County and its surrounding areas recommended as a coping strategy.

But the services the Maple Clinic provided weren’t exclusive to survivors. For 18 years, The Maple Clinic operated an adult sex offender group for those aged 17 and older. Cross said she’d frequently see clients who’s lawyers believed they were falsely accused of sexual assault, incarcerated for a sexual assault conviction, or released from jail on sexual assault charges.

Cross said the volume of stories she has heard from victims and offenders gave her a deeper understanding of the dynamic of how and why sexual assault happens.

She said offenders often are “victims” themselves at some point in their life.

“I was seeing victims and non-offending parents for a long time and then Department of Corrections asked us to do a group,” Cross said. “That was the piece of the puzzle for me, that I needed to understand the family constellation if there’s molesting going on — each piece of the puzzle.”

Cross said it creates its own challenges for clinics like her own with the pandemic’s shift to virtual therapy sessions. Victims might be receiving treatment — for family-related sexual trauma — in their own homes.

But also Cross thinks in some ways the demand for mental health services has changed because people are far more accepting of getting help and more ready to reach out to somebody.

“It doesn’t have the same stigma it once did,” she said, and plethora of mental health services and clinicians have opened doors in Traverse City since Cross opened hers. Because of that, Cross is not too worried about if a person will be able to find help if they need it.

That’s because those barriers often come with clients waiting to make that first call. Cross said she’s had people call her after having her business card in their wallet for 20 years.

Reported statistics estimate 40 percent of the world’s population will suffer from depression at some point in their life. That amounts to roughly 3.68 billion people, 11 times the population of the United States.

In her advice to someone that might be reading this article, Cross said “don’t let your fears stop you, somebody would be able to help you.”

David Rushlow is a clinical social worker who did contract work with the Maple Clinic. He’s among those retiring along with Cross after 26 years, many of which he spent seeing patients in the evening.

“Some of my favorite takeaways are knowing that someone came in to my office and completely trusted me as a complete stranger and I was able to help them, I was able to have an impact on their life,” Rushlow said. “That’s always a good feeling.”

Now approaching the end of their careers, both Cross and Rushlow say the overwhelming majority of clients they saw were appreciative and grateful for the services she provided.

“I guess it’s just made me be far more sensitive to people’s plight, and also that none of us should be judging somebody else,” Cross said. “It’s very brave for a person to pick up the phone and call for a therapy appointment. That’s a very brave thing to do, so we really respect very much the clients that we’ve seen through the years.”

She said the job has, in some ways, restored her faith in people.

“Everybody is hurting about something ... everybody,” Cross said. “There isn’t one person that doesn’t go through this life without struggling with some things — life adjustments.”