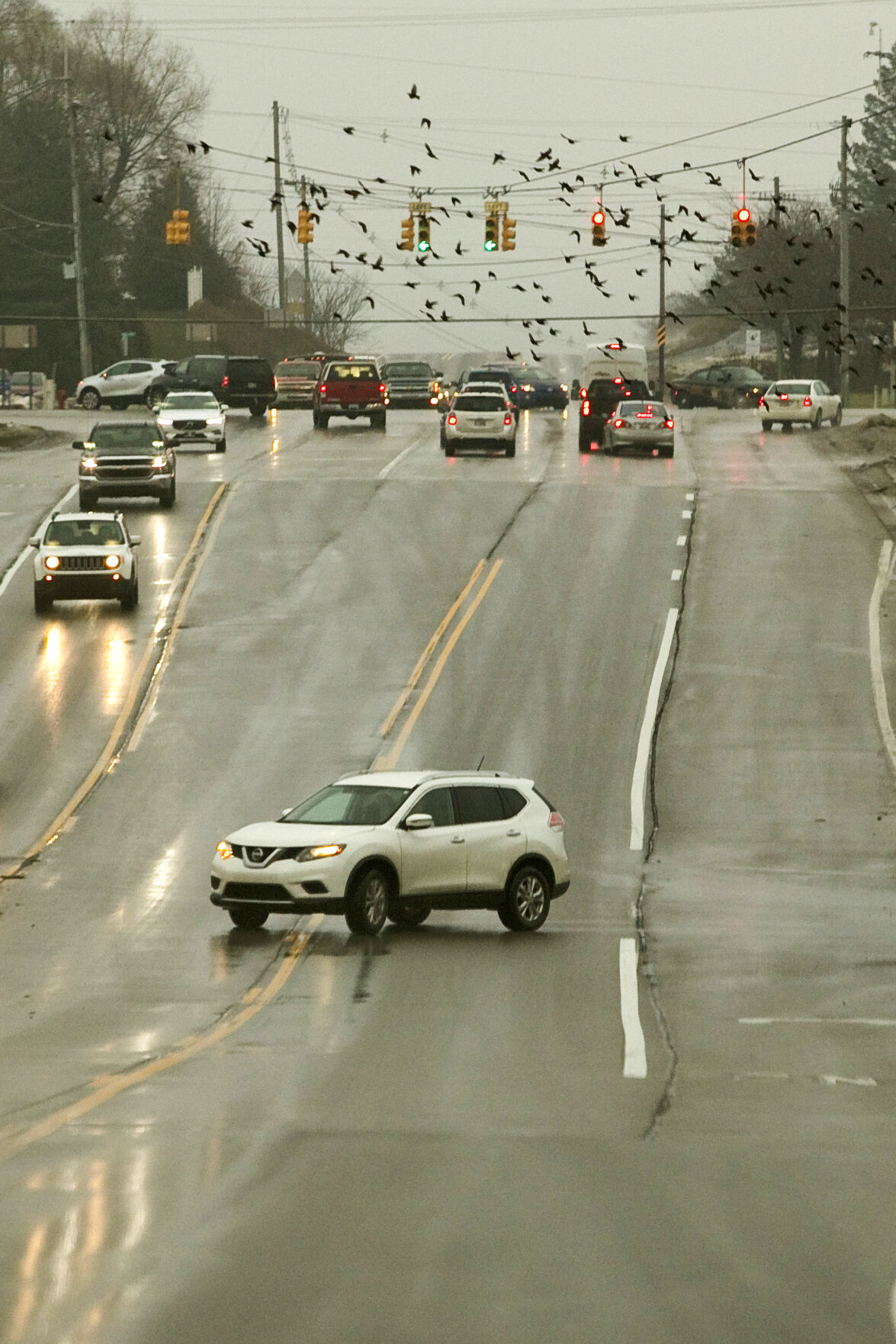 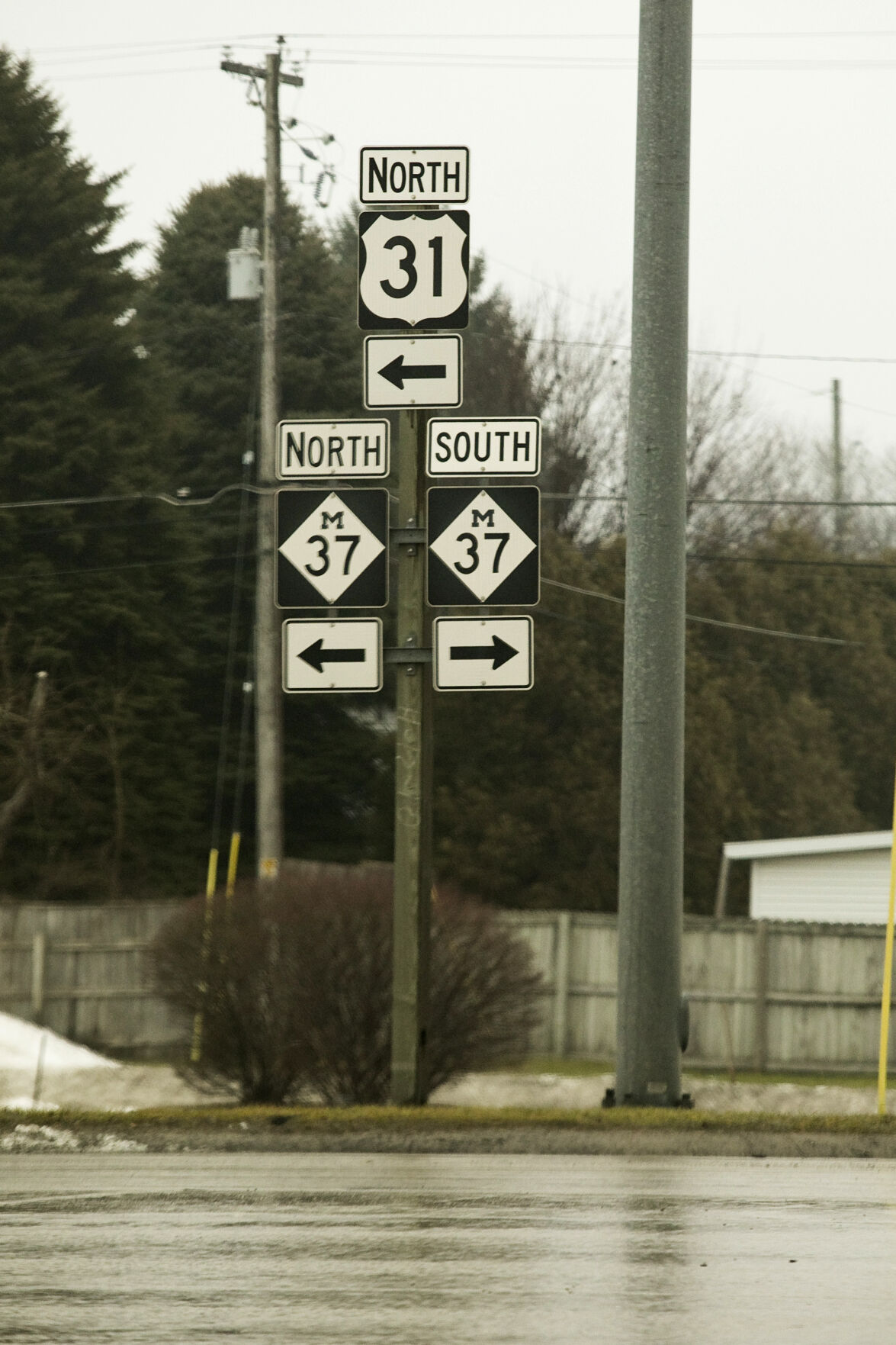 TRAVERSE CITY — According to Grand Traverse County 9-1-1 data ranging over the past four years, the five most common crash sites in Traverse City happened at major intersections.

Provided by Grand Traverse County Dispatch Director Jason Torrey, the data ranges from June 2018 to December 2021 and contains data on the type of incident reported, where and when it took place and which department responded to the incident.

He also said that county police go to all five locations frequently for crashes, sending anywhere between one to three patrol cars, depending on the situation.

Torrey confirmed that most of the 9-1-1 calls dispatch gets are during the 5 p.m. rush hour and said that the more people that are on the roadway, the easier it is for traffic crashes to occur.

“Well, geographically speaking, our biggest issue here in Grand Traverse County, especially in these east and west corridors is that we’re geographically challenged with Boardman Lake right in the middle of everything and the river,” Torrey said.

“So, you’re pushing all that traffic either north of Boardman Lake or south of it. Eighth Street, Grandview Parkway and South Airport Road are really the only east and west corridors that you can get through. So, you’re just bottlenecking a lot of that traffic.”

9-1-1 data also cites the most common type of incident reported at each intersection to be an assist to another agency, such as police, fire or EMS, at 13.8 percent.

Miscellaneous types of incidents with traffic follow with 12 percent and, after that, suspicious incidents at 11.2 percent, disorderly conduct at 6.4 percent and then accidents that involved damage but not an injury at 5.7 percent.

James Lake, Michigan Department of Transportation North Region communications representative, said it was important to make the distinction between 9-1-1 calls and actual crash reports, known as UD-10s, submitted to Michigan State Police for any given location.

UD-10s, he said, are what MDOT uses to analyze crash data at specific locations to make “changes that can help mitigate the effects of crashes.”

“There (are) a lot of 9-1-1 calls that don’t result in UD-10s,” Carpenter said. “So, we are aware of it. The UD-10s don’t tell the whole story; although, they are are really good indicator of where we have problems. So, we do obviously use them a lot.”

Lake and Carpenter only commented on three out of the five intersections, saying both roads intersecting at the West South Airport and North Garfield intersection were county roads and they couldn’t confirm the location of 3955 North US 31 South.

Carpenter said, for the three other locations, the most common types of crashes MDOT sees are rear-end crashes, sideswipes, T-bone crashes, known as “angle” crashes, and driveway-related crashes.

The most common cause of crashes at intersections, they said, was running a red light.

“Red light running is obviously a major concern,” Carpenter said. “And again, it’s a part of that education component of ‘you may be in a hurry but it’s not worth your life.’ It’s hard when you’re in a rush and you feel that tick of time but it’s important to pay attention to that signal.”

Lake and Carpenter also said MDOT tries to install as many roundabouts as possible because they are safer than installing traffic lights; but, they said, MDOT attributes 94 percent of crashes to driver behavior, meaning most crashes happen because of people’s actions behind the wheel.

“I guess I would reiterate that every year, we’re making safety improvements throughout our system,” Lake said, “but we are absolutely relying on drivers to follow the rules of the road and give driving the attention it requires to keep not only themselves but others who are using that road safe as well.”

Torrey, Fewless, Lake and Carpenter also stressed defensive driving and asked drivers to be attentive to the roadway to reduce the number of crashes.

Lake said the five intersections listed were some of the busiest intersections in the Traverse City area and that intersections were the place where there was the most conflict between drivers, their vehicles, bicyclists and pedestrians.

“And while thousands of drivers are safely and successfully navigating these same intersections we’re talking about every day, there are drivers who are disregarding the rules of the road, whether it’s failing to yield to others with the right of way, running red lights, ignoring signals or other signs. In some cases, driving distracted or impaired or driving too fast for conditions. Those are the actions that are resulting in crashes at these locations,” he said.

Mark Enhouse, manager of Brickyard Towing, confirmed the five intersections listed were “definitely hot spots” where they frequently get called out to tow cars but said police use a rotating system.

The locations Brickyard gets called out to on the list of intersections, Enhouse said, are North US 31 South and West South Airport Road and East M-72 and Lautner Road, “because it’s close, probably.”