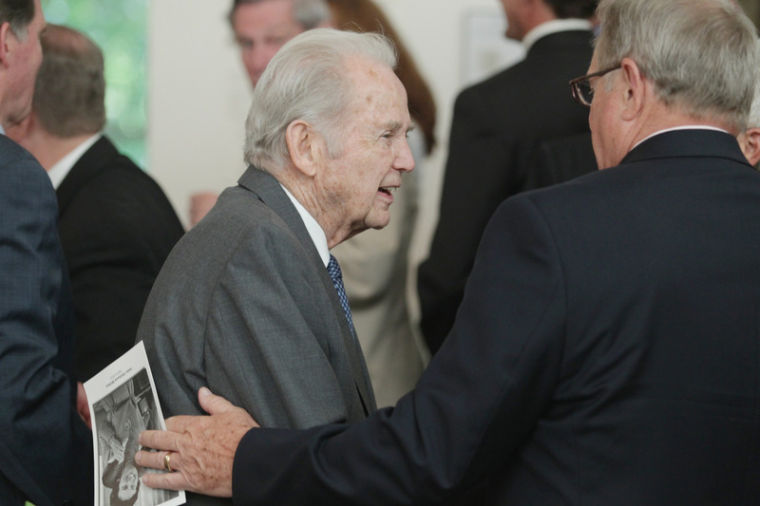 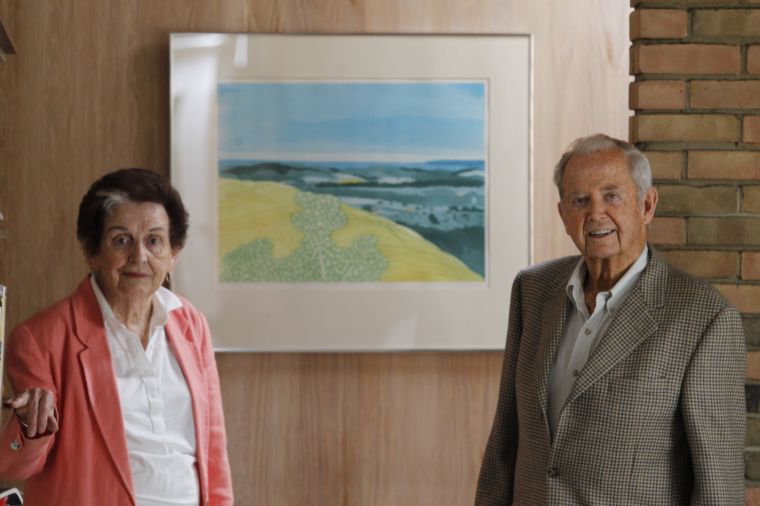 Former Michigan Gov. William Milliken and his wife Helen were honored by the Michigan Legacy Art Park for their support of the arts and the environment in 2011. 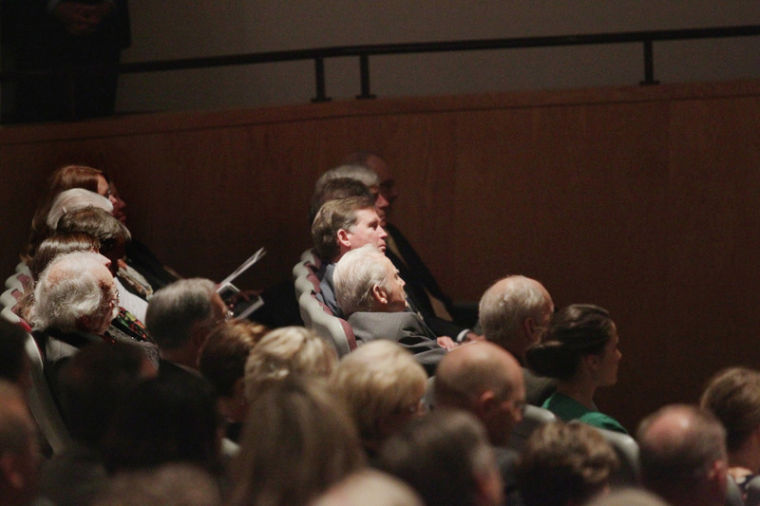 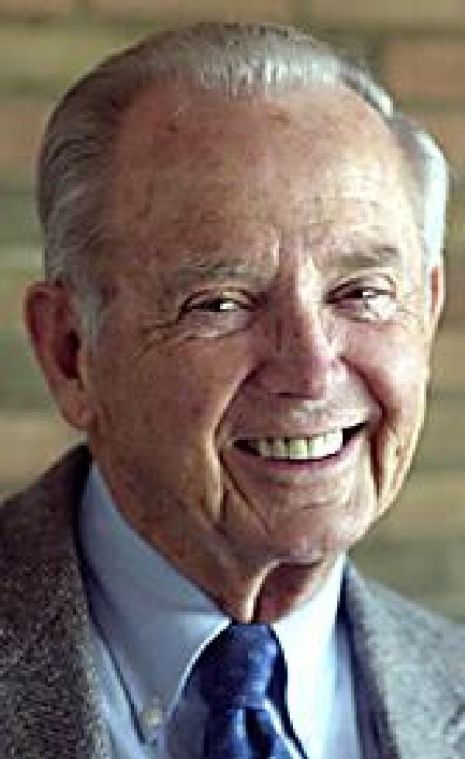 Former Michigan Gov. William Milliken and his wife Helen were honored by the Michigan Legacy Art Park for their support of the arts and the environment in 2011.

TRAVERSE CITY — The photo caption in William G. Milliken’s high school yearbook seemed to lay out traits the young man would carry until his death: “One part manners, one part wit, one part honor, the rest pure grit.”

Milliken died Friday in his Traverse City home. He was 97 years old.

Milliken was governor of Michigan for 14 years, from 1969 to 1983, making him the longest serving governor in Michigan’s history.

His political legacy lies most notably in advances in civil rights, women’s rights and environmental matters.

Gov. Gretchen Whitmer in a statement said Milliken had a unique ability to bring people from both sides of the aisle together for the betterment of the state.

“Gov. Milliken was a true statesman who led our state with integrity and honor,” Whitmer stated. “We are a stronger, safer, more sustainable state because of his leadership and dedication to the people who call it home.

“I’ve always looked up to Gov. Milliken as a trusted, respected leader and I’m proud to have called him a friend of the family. I extend my deepest and most heartfelt condolences to Gov. Milliken’s family for their loss. May we all continue to learn from his lifetime of service as we work together to build a stronger Michigan for everyone.”

Milliken became politically active in the late 1940s as a moderate Republican, with his politics often being compared to those of George Romney and Nelson Rockefeller.

“Governor Bill Milliken was one of the most amazing public servants I’ve ever worked with,” Sen. Debbie Stabenow said in a statement. “He set the bar for integrity, dedication, and kindness. His passion for Michigan and our Great Lakes was unsurpassed. I was honored to call him my friend.”

Dave Dempsey first met Milliken when Demsey’s father, John Dempsey, was a member of Milliken’s cabinet. Dempsey was 6 or 7 years old and remembers being struck by how nice Milliken was.

Dempsey got to know Milliken intimately in 2006 when he wrote his biography, “William G. Milliken: Michigan’s Passionate Moderate.”

“He was exactly in private as he was in his public life — well-mannered, warm, kind, proud of his legacy,” Dempsey said. “His greatest characteristic was his civility. He didn’t demonize opponents. In fact, he tried to work with people of all views.”

Milliken was a strong supporter of the business community, but may be best remembered for his stands on civil rights, race relations and the protection of natural resources.

He also championed women’s rights alongside his wife, Helen, who was known as an accomplished activist in her own right and even once considered running for office. The couple was supportive of both the Equal Rights Amendment and pro-choice activities.

“He really cared about everything,” Rogers said. “It wasn’t as if he was going to enrich himself. That’s not what he was about.”

Milliken also focused on cleaning up the Great Lakes, passing the state’s bottle return law and working on control of billboards in the state. His efforts did not go unnoticed, as in 1997 he was inducted into the Michigan United Conservation Clubs’ Conservation Hall of Fame.

He also valued education and was an early member of the Northwestern Michigan College Board of Trustees.

“Gov. Milliken was a great proponent of education and the environment,” said Timothy Nelson, president of NMC.

“The college was fortunate to have his leadership as one of our first trustees. He later received the highest honor as an NMC fellow. Gov. Milliken was a true gentleman and civic servant. He will be missed.”

It was during high school that he began corresponding with former Governor Chase S. Osborn, which led to his aspirations to one day become the state’s chief executive.

After graduation, he attended Yale University, where he stayed for two years before enlisting in the Army Reserve Corps. In 1943 he volunteered for the Army Air Corps.

That summer he met his future wife, Helen Wallbank and before leaving for combat in June 1944, she agreed to marry him after the war was over.

He was discharged in 1945 and one month later, he and Helen were married.

Milliken returned to Yale to complete his senior year, graduating in the spring of 1946. The couple moved to Traverse City, where they had their children, William Jr. and Elaine.

In Traverse City, Milliken became involved in local civic activities. He headed two Red Cross drives, was president of the local Boy Scouts and the Chamber of Commerce and belonged to Rotary.

Milliken worked at J.W. Milliken, Inc., the department store founded by his grandfather, becoming president of the company when his father died in 1952.

Milliken in 1947 was appointed to the Michigan Waterways Commission. He served as a Michigan senator from 1961 to 1964, becoming a leader among moderate Republicans.

He soon became the Senate majority floor leader and in 1966 became lieutenant governor for Gov. George Romney. He became governor in 1969 after Governor George Romney resigned to assume a cabinet appointment in the Nixon administration.

Milliken is remembered for helping Detroit deal with its fiscal crisis as it recovered from the 1967 riots and he worked closely with Mayor Coleman Young, forming a lasting friendship.

The Michigan Environmental Council established in 1999 the annual Helen and William G. Milliken Award, which honors a distinguished life and career of service to the state’s environment.

One of the issues that marred his tenure was the 1973 PBB fire retardant contamination of cattle feed. While not directly responsible for the contamination, his administration was criticized for its handling of the situation.

His last term as governor was marked by economic problems, with Michigan experiencing its worst economic downturn since the Great Depression, which created a cloud over his departure from the governor’s office.

Milliken returned to Traverse City, where he would live for the rest of his life. He served on various boards, including that of the Center for the Great Lakes in Chicago, and the Chrysler Corporation and Ford Foundation boards.

He also continued to speak out on many issues, and for and against various candidates. In 2004 he broke with the Republican ranks and endorsed John Kerry in his bid to unseat George W. Bush.

Milliken continued to lean left on issues such as assisted suicide and same sex marriage, and in 2016 he announced that he would vote for Hillary Clinton for president, saying that Donald Trump did not embody Republican ideals.

Milliken’s legacy will be long remembered.

INTERLOCHEN — A memorial service for the Michigan’s longest-serving governor will take place Thursday at Interlochen.