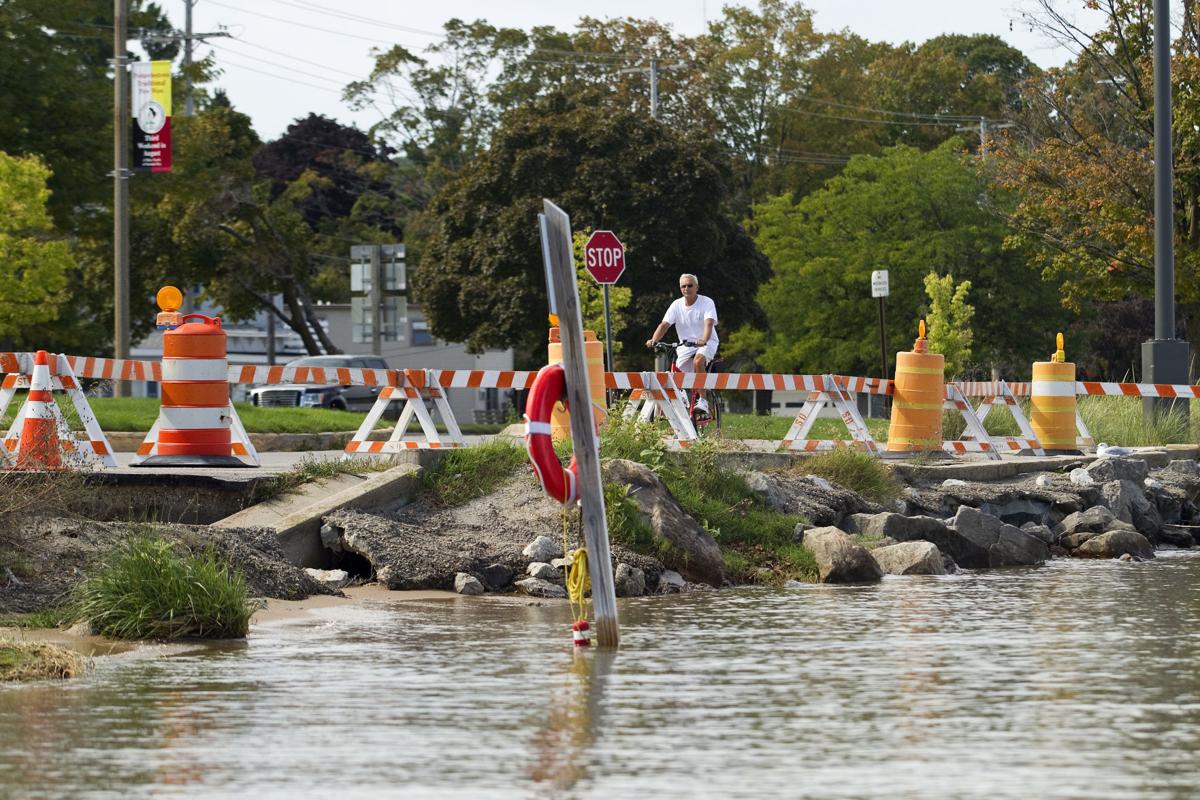 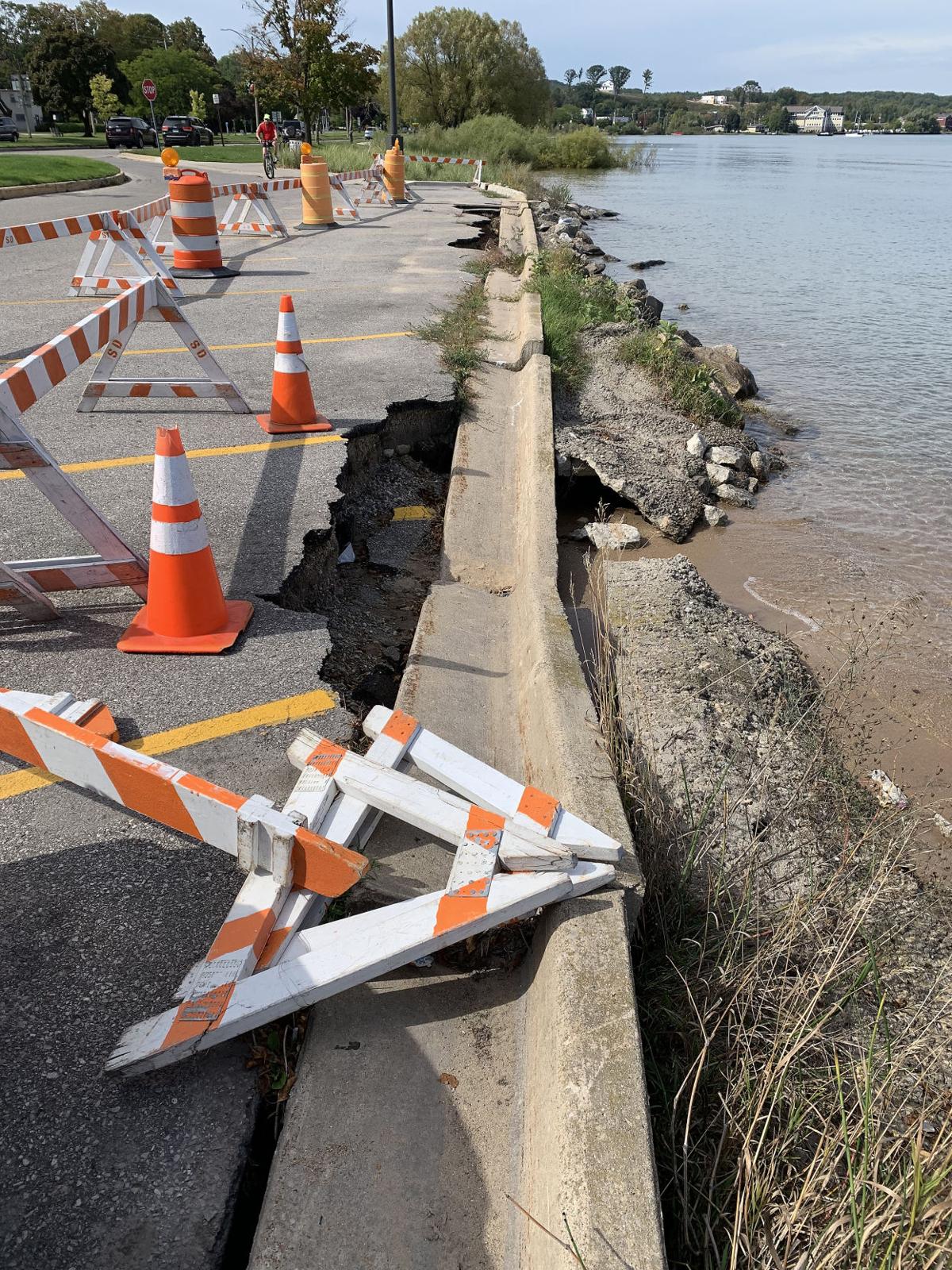 TRAVERSE CITY — It’s been a summer of watery headlines.

Great Lakes water levels are higher than they’ve been in more than three decades. Most of the big lakes are expected to be at or above record high average levels for September, save for Lakes Michigan, Huron and Ontario.

And that’s even after seasonal water level declines are underway.

The U.S. Army Corps of Engineers announced Friday that water levels are down between 1 and 7 inches since August, but the trend of overall elevated water levels are expected to continue through autumn and into winter.

Since spring, high water levels across the Great Lakes have eroded beaches, complicated stormwater infrastructure and threatened structures along the more than 10,000 miles of the freshwater inland seas’ shorelines.

A federal Civilian Conservation Corps-era picnic shelter built at Orchard Beach State Park near Manistee is at risk of falling off a cliff and into Lake Michigan a few dozen feet below. That’s especially thanks to wave action on the shoreline below that continually erodes the earth out from beneath the structure, said Ron Olson, chief of parks and recreation for the Michigan Department of Natural Resources.

“One way or another we’ve got to do something because we can’t let it fall off into the lake,” Olson said.

State officials must decide whether to deconstruct and re-build the historic picnic shelter elsewhere, he said, or invest upward of $5 million to reinforce the shoreline below.

Olson said that’s a continuation of millions of state taxpayer dollars spent in recent years coping with high water levels on Lake Superior. For example, part of a campground was relocated at McLain State Park in Hancock, a building was removed from the shoreline at Muskallonge Lake State Park in Newberry and shoreline was reinforced along an access highway to Lake of the Clouds at Porcupine Mountains Wilderness State Park near Ontonagon, he said.

Environmental experts said these kind of water level-related issues will continue for months to come, especially as seasonal storms begin.

“The fall and early winter often bring significant storm systems to the Great Lakes,” Kompoltowicz said. “These systems have the potential to bring tremendous impacts to the coastlines including more erosion and coastal flooding, even with the declining lake levels.”

The Corps’ prediction for water levels on Lakes Michigan and Huron — considered by scientists to be the same hydrological body — are projected to continue to drop by 3 inches during the next month. A 1-inch drop is expected on Lake Superior in the coming month, and either a 5- or 7-inch drop on Lakes St. Clair, Erie and Ontario, records show.

“A lot will hinge on the amount of ice cover we do or do not see,” Cowall said.

Dan Cornish, National Weather Service meteorologist at the Gaylord weather station, said the federal Climate Prediction Center calls for normal precipitation and above average temperatures through this autumn. The winter outlook is not yet completed, he said.

Area residents should expect impacts and even damage from high water levels during fall and winter storms that arrive with northerly or northwesterly winds, Cornish said.