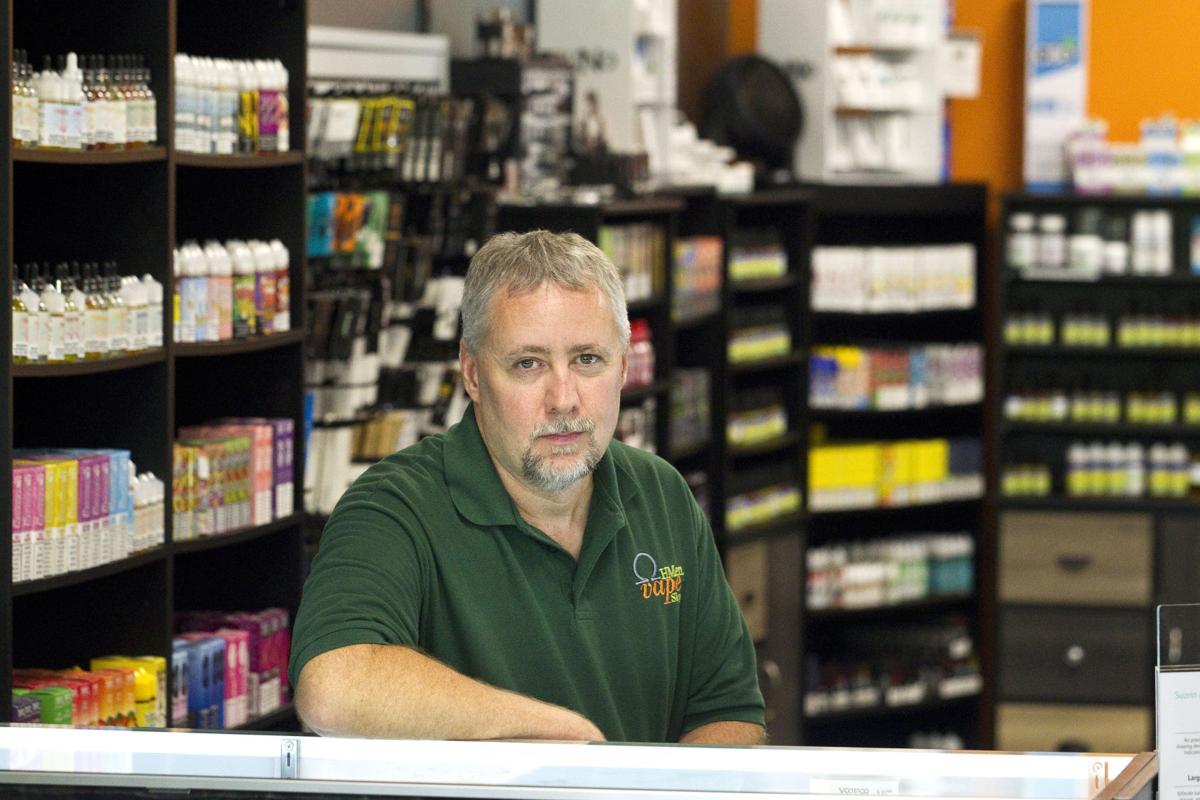 Ohmen Vape Shop owner Brian Camden said his Traverse City store has between 100 and 120 different flavors of e-liquids for vaping that would be affected by Michigan’s ban. 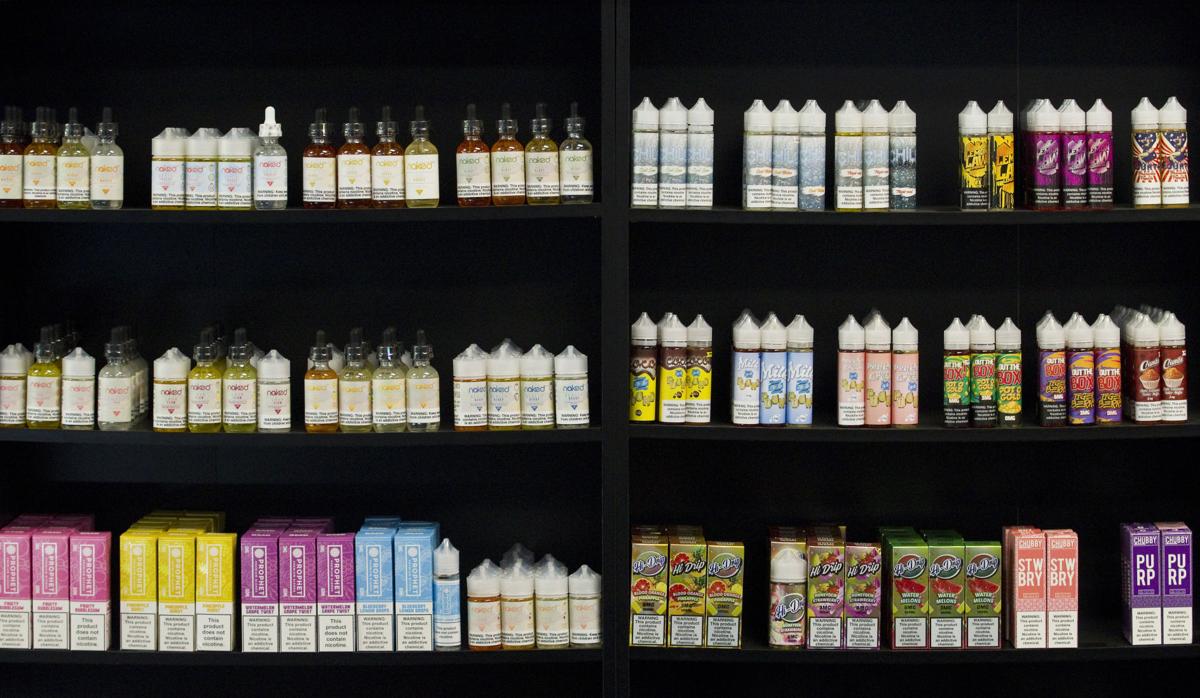 Flavored e-liquids sit on the shelves of Ohmen Vape Shop, where owner Brian Camden said his Traverse City store has between 100 and 120 different flavors that would be affected by Michigan’s ban.

Ohmen Vape Shop owner Brian Camden said his Traverse City store has between 100 and 120 different flavors of e-liquids for vaping that would be affected by Michigan’s ban.

Flavored e-liquids sit on the shelves of Ohmen Vape Shop, where owner Brian Camden said his Traverse City store has between 100 and 120 different flavors that would be affected by Michigan’s ban.

TRAVERSE CITY — Meghan Lootens takes a hit off her e-cigarette before heading into a local vape shop.

Lootens, 34, began vaping as a way to successfully quit smoking. If her 15-year-old daughter wanted to begin vaping she would advise against it, she said.

Gov. Gretchen Whitmer on Wednesday ordered the Michigan Department of Health and Human Services to issue emergency rules banning the sale of flavored nicotine vaping products, both in stores and online.

Once the rules are filed, retailers will have 30 days to comply.

The measure is aimed at protecting kids from the harmful effects of vaping, which health experts say is at epidemic levels in Michigan and across the nation.

“It’s the No. 1 infraction that not just our school, but everyone, is dealing with,” said Brent Boerema, assistant principal at the Career-Tech Center, which serves more than 20 high schools.

Michigan is the first state to ban the products. The flavored products come in liquid form and are used in e-cigarettes, which turn the liquid into an aerosol that is inhaled.

In Antrim and Kalkaska counties the rate is 20 percent to 25 percent, while in Leelanau it’s 12 percent to 20 percent. No figures are available for Benzie County.

T.J. May, 21, has been vaping for about four years. He said vaping is the safe alternative to smoking.

He doesn’t think teenagers should vape, but said it’s better for them than smoking cigarettes, drinking underage or smoking weed.

Several studies show that young people who use e-cigarettes are more likely to go on to use regular cigarettes, said Dr. Josh Meyerson, medical director of the Health Department of Northwest Michigan.

“We know that adolescents are more easily addicted to nicotine,” Meyerson said. “Their brains are still developing and nicotine causes harm to the developing brain, as well as a lifetime of addiction.”

That harm has been linked to problems with mood disorders and impulse control, Meyerson said.

The compound is odorless, he said.

“If a student is smoking a joint you would smell it 150 feet down the hallway,” Lamb said. “If they’re vaping you wouldn’t smell it even if you are standing next to them.”

Vaping products with names like “strawberry watermelon,” “ice cream” and “carnival cali steam” — all of which were voted the top e-liquid flavors of the year — are marketed to young people, Meyerson said.

Their appeal can be seen in the rapid rise in use and abuse by adolescents and young adults, he said.

“By limiting the access to this product we should see a decline in use or initiation of use,” Meyerson said.

The new rules put out by the state also ban misleading marketing for the products that uses words such as “safe” and “healthy.”

The products are not safe, Meyerson said. The inhaled aerosol contains harmful chemicals, including those that are known to cause cancer. The flavored chemicals have been linked to lung disease. Users can also develop a chronic cough and respiratory inflammation.

The Centers for Disease Control and Prevention recently announced it is investigating an outbreak of severe pulmonary disease associated with e-cigarettes. The CDC has identified 215 cases across 25 states, with six of those cases in Michigan.

One death in Illinois has been linked to vaping, and according to news reports a second death that could be related to vaping was reported Wednesday by the Oregon Health Authority.

A cause for the respiratory disease has not been identified, but all reported individuals have a history of using e-cigarettes, according to the CDC.

Brian Camden, owner of the Ohmen Vape Shop on Division Street, said the ban on flavored products will affect about 99 percent of his business.

“If it’s banned then obviously I’ll have to shut down,” Camden said. “This is my livelihood. I don’t know what’s going to happen after that.”

Camden said he is very strict when it comes to checking IDs on any customer who looks younger than 27. He has ID-scanning software that will spot a fake ID. He has also banned customers he has witnessed giving products they just purchased to underage teens in the parking lot.

Lootens is skeptical of Whitmer’s ban.

“Honestly, if you ban it people are just going to figure out a way to keep doing it,” Lootens said.