A plane upside-down in Cedar Lake after it crashed into the water Monday morning. 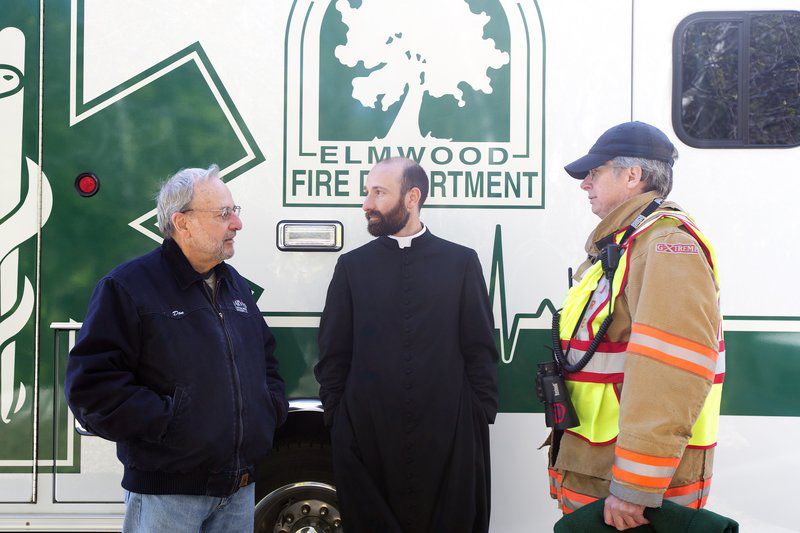 A plane upside-down in Cedar Lake after it crashed into the water Monday morning.

Leelanau County Sheriff Michael Borkovich said a man flipped his floatplane after attempting a morning water landing on Cedar Lake on Monday at about 9:30 a.m. The man — who was rescued by a local pastor and his father — was “very cold” but likely will walk away from the failed landing without injury, he added.

Noel Flohe, who lives on Cherry Bend Road along the shores of the lake, said he noticed an airplane heading toward the water and pulled over at the public boat launch to watch the landing. The plane was tipped vertically by the time he arrived.

“I thought, that’s the (plane) that usually comes down on Cedar Lake,” Flohe said. “As I turned to get on Cherry Bend Road, he was coming down pretty steep. … When I got around the corner, he was already in the water with his pontoons up on its nose. I hit 911 because I know that water is cold.”

Monday’s temperature was 45 degrees; Borkovich said Cedar Lake's water temperature was about 52 degrees and noted the frigid temperatures could quickly cause some potential health issues. But “divine providence” might have prevented the situation was growing worse.

The Rev. Christopher Jarvis, associate pastor at Immaculate Conception Catholic Church, and his father, Donald Jarvis, were visiting with family when the plane came down. The two launched a 14-foot rowboat and a kayak to retrieve the stranded pilot after he climbed aboard his overturned plane.

The duo gave credit to God for the timing. They were previously scheduled to travel downstate but a prolonged conversation delayed their departure. Donald Jarvis said the man looked cold and wet — but otherwise safe — sitting atop his plane with a life preserver before they rowed out.

The pilot recovered in the back of an ambulance as the plane was retrieved from the water. The Jarvis’ — who later came to check on the pilot — said he looked a lot better than when they found him. Borkovich said the man is expected to make a full recovery.

Authorities at the Leelanau County Sheriff’s Department were assisted by the Michigan Department of Natural Resources and Elmwood Township Fire and Rescue. And this wasn’t Donald Jarvis’ first time helping out in a dicey situation.

Christopher Jarvis said his dad went out to help after a boat overturned on the lake about a decade ago.

“He’s making a habit out of it,” Christopher Jarvis said.