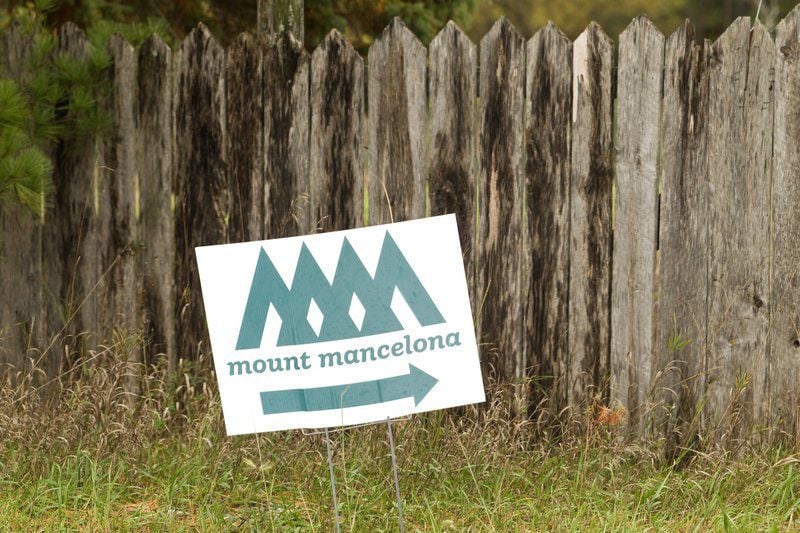 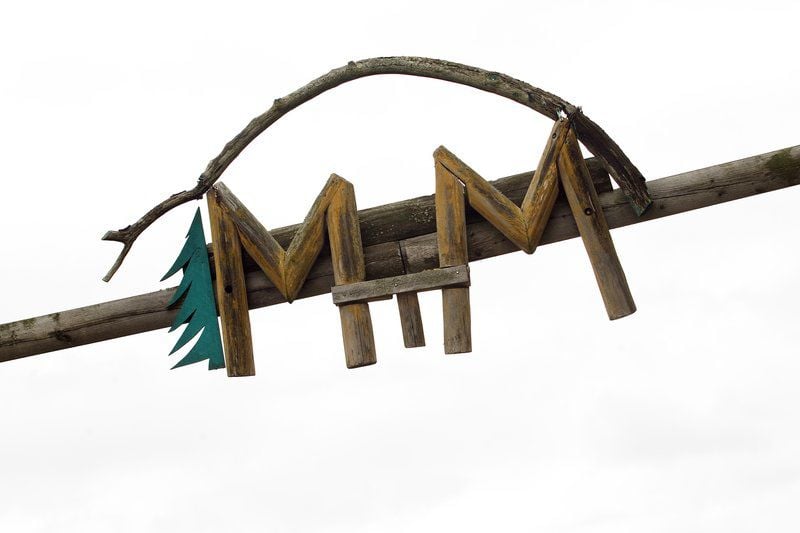 The Mount Mancelona entrance sits off Ski Run Road in the small Antrim County village of Mancelona. The ski area’s fate comes to a head April 1.

The Mount Mancelona entrance sits off Ski Run Road in the small Antrim County village of Mancelona. The ski area’s fate comes to a head April 1.

MANCELONA — An aging chairlift and coat of melting slush decorate the once-shuttered Mount Mancelona — or “Mountain of Dreams,” as Sam Porter dubs his endeavor.

But dreams face unpleasant realities in the two-year effort.

Porter failed to keep his claim on the mountain after missed first and second mortgage payments drove it into foreclosure.

He has until then to exercise a lease option and buy the hill outright for $375,000 from property holder Antler Bar Real Estate, LLC.

Porter told the Record-Eagle he’s “very close to saving” the property, and offered a promise of “good news in the next couple days.”

“Our goal is to close on the property — again — with the right owner (who) cares about our project,” Porter wrote in an email.

Porter scooped up the 70-some acre ski hill in September 2017 for $450,000 with promises to rebuild ski areas and breathe life into a former community hub. He touted plans of cabins, yurts, an educational farm and a bee sanctuary.

Mancelona residents welcomed the news, volunteering to get the place humming and contributing to what they hoped would bring a much-needed influx of tourist traffic.

These days volunteerism is starting to slow, said Mancelona Township Supervisor Chuck Johnson, who helped clear brush on the property in the summer but has since gotten too busy to lend a hand. People haven’t seen things happen as quickly as was told, he said.

“I think people lost confidence in it,” said Johnson, who added he appreciates Porter’s ideas for the land. “It’s his dream, is what it is — and more of a dream than a plan.”

Porter’s Mountain of Dreams came with a pledge to save the hill from private interests and form a nonprofit. Porter’s “nonprofit focus,” he wrote, is on at-risk youth, veterans and nature-based education.

But Internal Revenue Service records show no 501(c)(3) filings, pending or established, under Porter’s name. State Department of Licensing and Regulatory Affairs officials confirmed the same, though Porter said he has articles of incorporation and plans to file soon as “The Good Work Collective.”

Porter invites skiers via Facebook — as long as they can get themselves to the top — but dodges questions about lifts or set operations in comments and the open skiing lists no hours, pricing or rental equipment information.

Meanwhile, Porter welcomes donations via a PayPal link on the Mount Mancelona website. He crowdfunded another $2,790 through IndieGoGo — early investors were offered “shred equity.”

Pleas for help with bills, equipment and other causes aren’t uncommon on the mountain’s social media, and neither are timeshare pitches and links to rent rooms in the property’s dorm-like lodge.

His offers to “stop on by” and ski conflict with state law. Mount Mancelona holds no established or pending ski area licensing, LARA officials told the Record-Eagle early last week.

On Friday, LARA issued Mount Mancelona a cease and desist for those unlicensed operations — a misdemeanor that carries fines.

In the meantime, Porter faces a lawsuit in 13th Circuit Court from a donor he lauded last fall for saving his Mountain of Dreams.

Walters and Attorney Nicole Graf declined to share specifics of the suit and dealings with Porter. Porter wrote that he’s been trying to “work out an equitable and fair return for (Walters’) investment.”

Past promises, too, haunt Porter’s Mountain of Dreams.

Porter owes about $320,000 — rising with daily interest — to philanthropist Casey Cowell, according to a 13th Circuit Court suit filed just a day after Walters’. Realo Estato, an LLC registered to Attorney Jeffrey Wonacott, filed the complaint.

Cowell’s loan came in 2015, around the same time Porter paid off several outstanding bills to vendors, including BATA. Cowell and his attorney did not return calls about the loan’s circumstances.

“(Casey) helped us at the time, saying we were too important to Traverse City to not support,” Porter wrote, citing some event failures as a driver of those financial struggles.

He’s also yet to pay former landlord Hilltop Properties of TC, which sued Porter in 2017 for unpaid office space rent, according to court records. Hilltop did not return calls for comment.

Antler Bar took Porter to court for failing to pay remaining funds left after an April 2018 mortgage sale, too — about $11,000 — which they still haven’t paid, according to Antler Bar Attorney Jim Rose.

Porter and his LLCs were garnished in several of the cases, and others yielded orders to seize property and judgement liens as months dragged and winning parties waited unpaid.

Porter’s unpaid debts — money needed to retain Mount Mancelona included — tally at least $766,000. Several other individuals claiming to have sore dealings with Porter declined to speak on the record.

Another $2,500 owed to BATA in 2014 brought attention to Porter’s track record, and several past partners and lenders came forward in 2015.

“He’d owed money to a lot of people and left them hanging,” Menzel said. “In a small town, these kinds of things spread really quickly. People get cautious and don’t wanna work with you — or at least, they want their money up-front.”

Traverse City dropped a pending suit against Porter in 2017 after he paid outstanding bills stemming from the Winter Microbrew & Music Festival.

Porter on Friday wrote he’s uncovered a substantial embezzlement on the property and is preparing legal action. He would not disclose the circumstances or any names regarding the allegation.

“We have been waiting to share until after our positive work is on track,” he said.

Some have fonder memories of Porter.

His summer and winter beer festivals drew visitors to Traverse City for nearly a decade before moving to Mount Mancelona.

Both, for a time, proved strong successes.

“Sam brought together a lot of really great brewers and community members to put on a great event in Traverse City,” said Trevor Tkach, Traverse City Tourism president and CEO.

“Past performance is often the best predictor of future performance,” Menzel said.

Porter’s accounts and his LLCs carry five active UCC liens — typically placed by lenders to call “dibs” on an asset in event of bankruptcy — according to IRS records.

“Porter had moved a lot of his stuff,” Robbins said. “(A flatbed) trailer was the only thing I could find of Porter’s (someone) didn’t have a lien on.”

Still, Johnson holds out hope that the effort could revitalize Mancelona — the 1,800-person Antrim County village bears deep wounds after losing 400 jobs and its biggest employer, an automotive plant, in the late 2000s.

“Before Schuss and Shanty went in, (Mount Mancelona is) all we had over here for skiing,” Johnson said. “I’m sure (Porter has a plan) — it seems like every time it works out for him. Some people think you can snap your fingers and everything’s done — but that doesn’t happen — it takes time.

“Maybe once they see something done.”

Concerns at 'Mountain of Dreams'

TRAVERSE CITY — Held for the first time not in Traverse City but at Mount Mancelona, Saturda…

Feb. 24, 2017 – Attorney Andrew Shotwell, who declined to speak of his role with Mount Mancelona, forms Ski Run Road, LLC. The business, sharing a name with the road Mount Mancelona can be found on, is later listed in a promissory note with some Sam Porter LLCs for a loan to purchase the ski area.

Oct. 20, 2017 —Hilltop Properties of TC, which leases an office space to Porter and his Spectacular Structures, LLC off Rennie School Road, for nonpayment of rent.

June 20, 2018 — Antler Bar sues Porter, Abby and one of Porter’s LLCs for nonpayment of that remaining balance.

Sept. 14, 2018 — A judge approves an order to seize property from Porter’s Spectacular Structures LLC after he fails to pay a court judgement to Hilltop Properties.

Sept. 24, 2018 — A judgement lien is filed against the Porter-related FunX5, LLC for failure to pay Antler Bar Real Estate in the previously filed lawsuit. The LLC lists no registered agent in LARA records.

Oct. 19, 2018 — Shannon Walters lends Samuel Porter about $35,000 — money Porter needed to lease the property, according to Antler Bar Attorney Jim Rose. Walters, in following weeks, lent Porter another nearly $15,000 to pay bills and fees. Porter conducts this loan through Mountain of Dreams, LLC — which doesn’t exist, according to LARA.

Feb. 7, 2019 — American Express National Bank is awarded a default judgment against Porter and his Tent Venue LLC for an unpaid balance of nearly $5,000.

Feb. 14, 2019 — Walters sues Porter in 13th Circuit Court for about $50,000 plus legal costs. The suit initially includes Abby Porter, but in March an amended complaint is filed to remove her from the suit.

April 1, 2019 — Porter’s lease of Mount Mancelona ends and his lease option to purchase the property, if not exercised, expires.

BELLAIRE — About 100 Antrim County residents participated in a public forum about what elected officials should do with taxpayer-owned buildings.

MANCELONA — Sam Porter is closer to realizing his Mountain of Dreams — but liens, a new levy and unmet promises burden his recent purchase of …