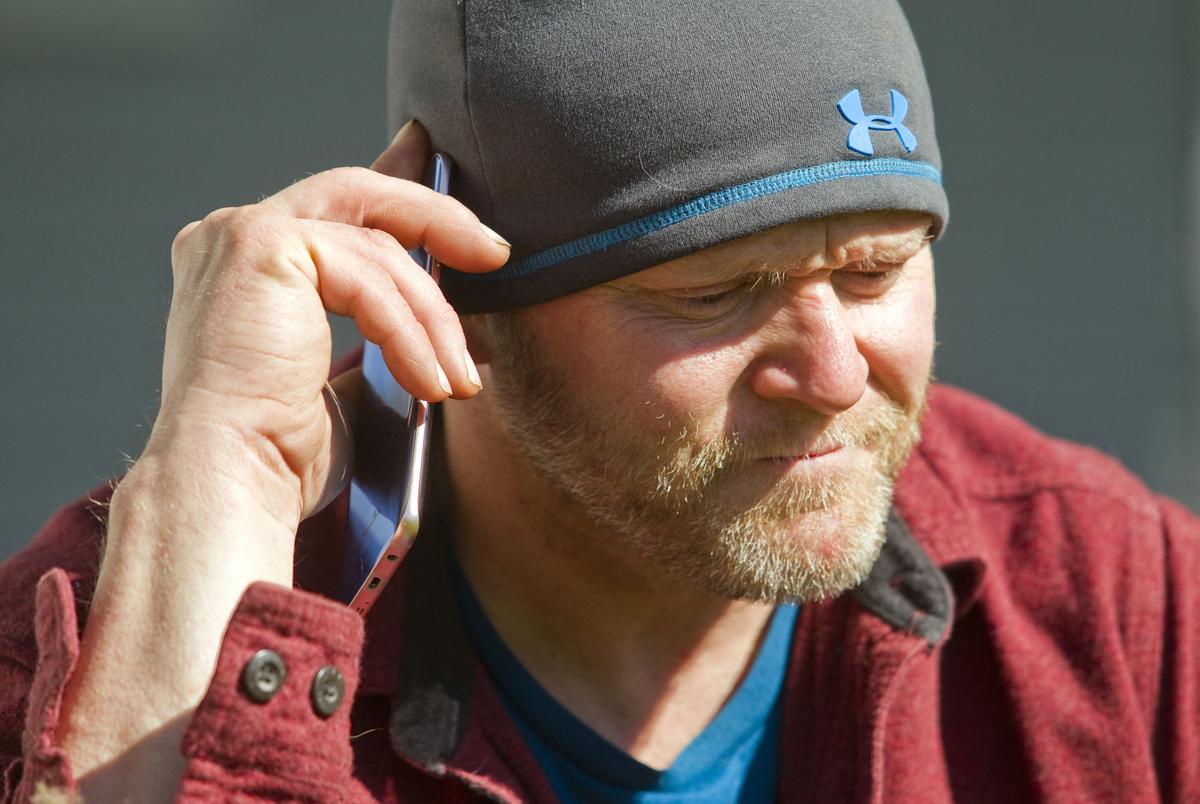 Jon Nickels makes some of the 25 to 30 calls a day trying find out why his unemployment payment was reversed, unsuccessfully calling and repeatedly logging on to the system in an attempt to find answers. 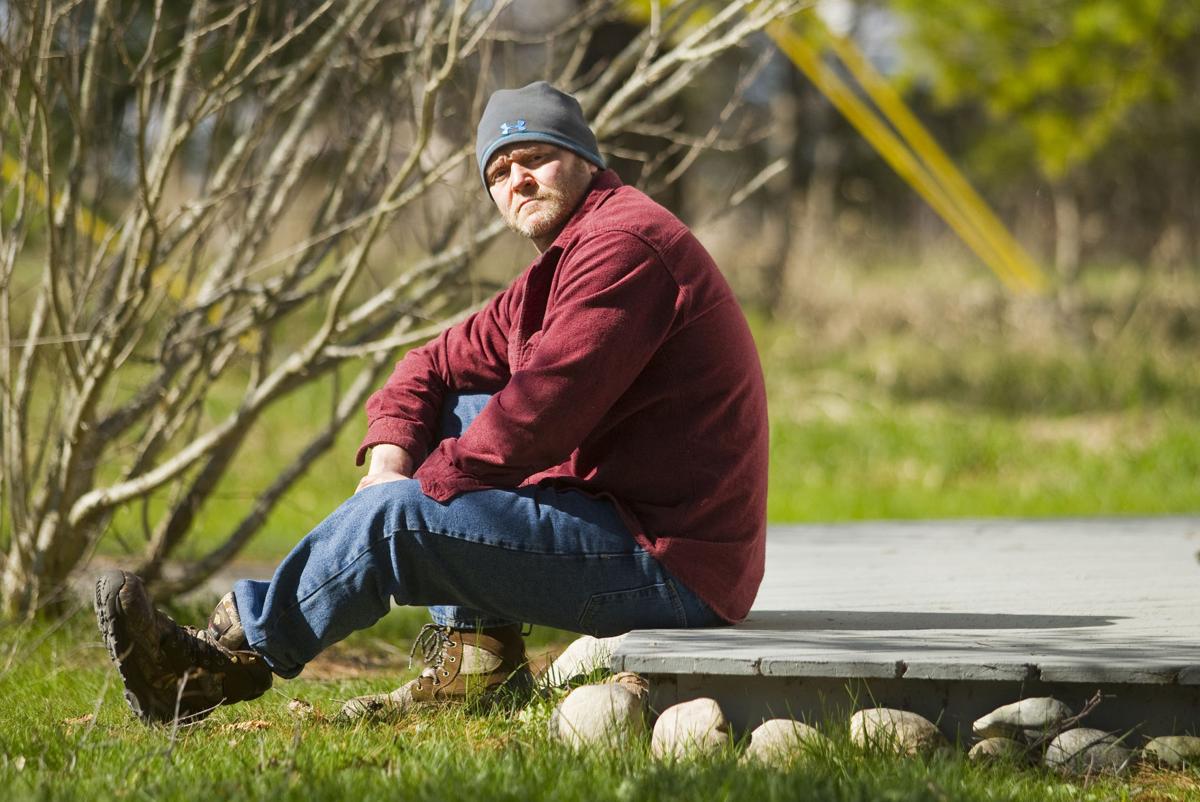 Jon Nickels says he has been trying for weeks to find out why his unemployment payment was reversed.

Jon Nickels makes some of the 25 to 30 calls a day trying find out why his unemployment payment was reversed, unsuccessfully calling and repeatedly logging on to the system in an attempt to find answers.

Jon Nickels says he has been trying for weeks to find out why his unemployment payment was reversed.

TRAVERSE CITY — It took weeks of waiting and 100-plus calls to the Michigan Unemployment Insurance Agency, but Michelle Rodriguez finally got paid.

The Traverse City resident and small business owner worked as a yoga instructor and taught culinary classes to make ends meet — incomes that disappeared when the COVID-19 pandemic hit. Filing for unemployment proved a whole new ordeal — no matter what Rodriguez tried, she couldn’t seem to get her money.

People who heard of the single mother’s struggle chipped in with grocery money and gift cards, but Rodriguez’s catering service wasn’t getting business during the lockdown and her bank account was dwindling.

And then, the nightmare ended.

A UIA official finally responded to a message Rogriguez sent weeks ago asking why her payments were still marked “pending.” Six weeks or so worth of funds showed up around the same time her COVID-19 economic impact check did.

Rodriguez finally paid her piled-up bills, including months of pushed-back mortgage payments her lender told her she’ll have to pay in full later.

”When I thought about that, I was like, ‘Where am I going to get $3,500 at the end of this?’ That’s not very helpful if you’re not making any income,” she said. “Just knowing that I’ll be able to pay my mortgage is a huge relief.”

Normally, it takes about 21 days from filing to direct deposit or check in the mailbox, according to Erica Quealy, spokesperson for the Department of Labor and Economic Opportunity.

”Given the volume of things we’re seeing now, it is taking a bit longer than that,” she said.

Overwhelming numbers are to blame.

On an average, less chaotic week, the state receives about 5,000 unemployment applications, Quealy said. The highest weekly tally during the COVID-19 pandemic was nearly 390,000.

During the nation’s 2008 “Great Recession,” the office saw a significantly smaller peak of 77,000 claims in one week.

”People are going through some pretty challenging times right now and they’re looking for those payments,” Quealy said. “We’ve continually asked them for their patience as we try to get through them as quickly as possible — I know that’s little reassurance when they’re trying to make ends meet.”

To date, Quealy said the state’s paid out more than $4.13 billion in claims in the last several weeks. Pending claims have been given priority, she added.

But many, like Sean Seekins, are still waiting. His last day of work was March 24 and he filed for unemployment a week or so later. It’s proven an exercise in frustration.

Seekins said he spent weeks trying to claim benefits, both online and through an automated phone system dubbed MARVIN. But the money hasn’t come, MARVIN’s disconnecting him and the agency’s help phone line is a “dead end.”

He doesn’t understand what the website is telling him — next to each week for which he’s claimed benefits there’s a short message.

Another part of the web portal tells Seekins he needs to file an additional claim, but he can’t figure out how, he said.

”When they call they get disconnected, or when they try to get online they get bumped out,” he said Friday. “Or they’ve been through the process but they haven’t gotten any check in 5 or 6 weeks.

”The unemployment system is a mess.”

Nationwide, nearly 33.5 million people have filed for unemployment in the last seven weeks, according to the Associated Press — almost 1 in 5 Americans. That figure could be inaccurately low, too — AP-collected surveys suggest another 12 million Americans didn’t bother applying, either because their state’s system was too overwhelmed or because they felt too discouraged to try.

More than 1.3 million Michiganders have filed for unemployment benefits since March 15, AP reported. About 69,000 more joined that total last week.

Michigan residents out of work can receive benefits for nine months — about three times longer than pre-coronavirus limits. A federal relief package adds $600 per week to those payouts.

Seekins, a Traverse City resident, repeatedly reached out to O’Malley’s office for help and left a message for Rep. Larry Inman, R-Williamsburg.

Jon Nickels still is waiting, too. He previously told the Record-Eagle an initial success was yanked away when the agency sent a note saying it reversed payments for his first two weeks of benefits.

Now, he logs on to MIWAM 15 times or so a day and stares at the word “processing.” He’s still calling UIA a few dozen times per day, too.

”I dialed it down a little bit, only for my own stress relief purposes,” he said.

Nickels said he had to borrow money for his cellphone bill, and his landlord and car insurance company have both been understanding.

But he’s relying on neighbors and friends to help him buy groceries, and asking for help is both a “humbling and rotten” experience.

He called the Michigan Works! Office and was told they can’t help with existing claims, Nickels said. Northwest Michigan Works! employees are working but offices are closed to the public, Chief Program Officer Terry Vandercook said. They’re focused on reemployment services like resume help, and while they can help tell people what to do to resolve any claims issues, it’s up to UIA to fix them.

Vandercook acknowledged that can be frustrating to hear, given how hard it can be to get through to UIA.

But the state could be nearing light at the end of a frustrating, confusing and overwhelming tunnel. New unemployment claims last week hit the lowest they’ve been since the COVID-19 pandemic tore its way across the mitten state.

Quealy hopes it’ll mean some relief for the overwhelmed agency — and the Michiganders still waiting for their money.

The agency’s also implemented an alphabetic system to help, and with the governor’s executive orders have been able to waive several requirements that would’ve slowed claims further. They’ve already increased server capacity and added employees.

Still, online is the fastest way to file a claim, Quealy said. About 95 percent of online claims have been successfully completed through the MiWAM website. And those waiting for a payout should be patient — they likely don’t need to call in or seek extra help, and will receive their money soon.

Michigan Gov. Gretchen Whitmer also made another move to expand unemployment eligibility Wednesday. Applicants no longer need a registration and work search waiver from their employer, and retired UIA employees who return to work to process claims can keep retirement benefits, according to a release.

Those changes should help get more applicants through the process, Quealy said.

Whitmer’s latest order also expands eligibility further than past ones, allowing sick, quarantined or immunocompromised people without paid family and medical leave or who are laid off to claim it, among others.

”It’s going to help those people through the door,” Quealy said.