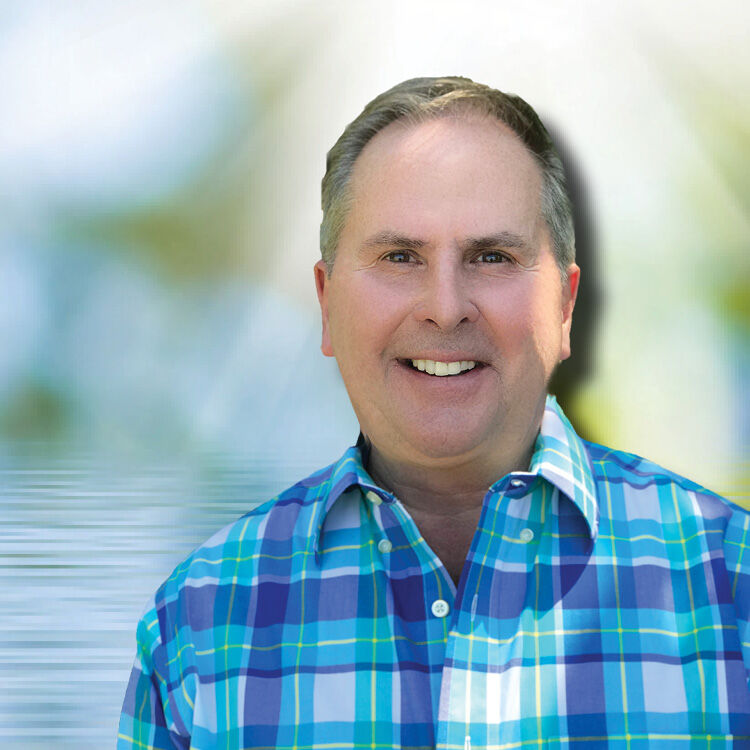 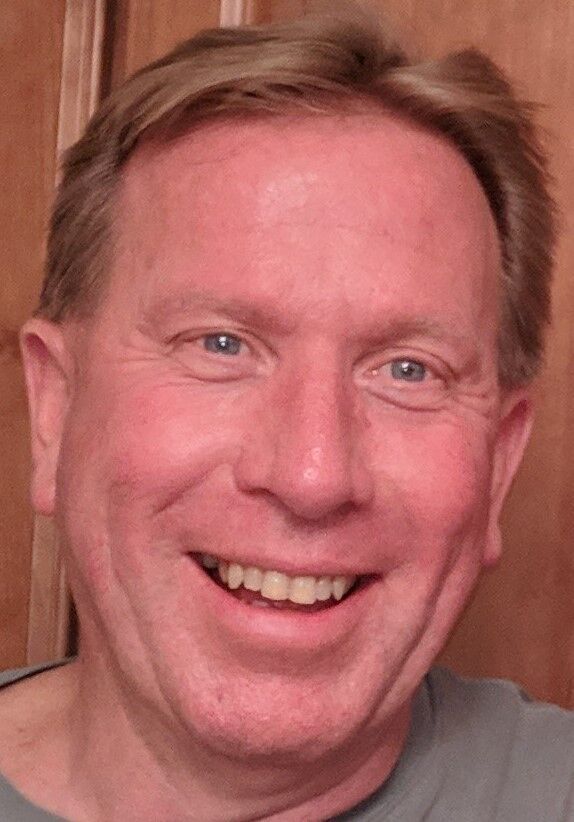 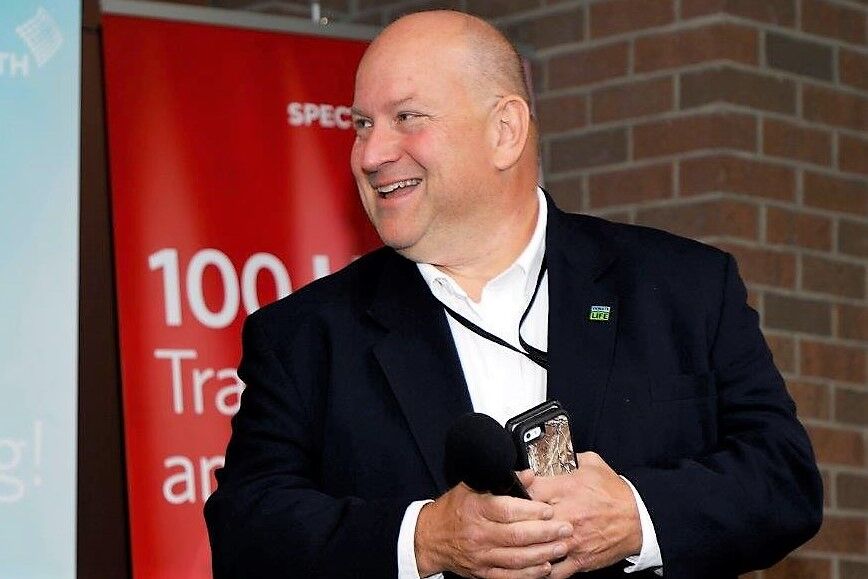 Yet the job is awash in candidates in a three-way contested Republican race.

Kevin McElyea and Andy Smits of Peninsula Township and Joseph Underwood of East Bay Township are running for the job.

McElyea, 62, a landscape architect who held the job from 2005 to 2016, said he was running partly to finish projects that went by the wayside after he left office.

“I couldn’t just stand on the sidelines,” McElyea said. “When I left the office I had some shovel-ready projects — two to be specific.”

A $70,000 Storm, Asset Management and Wastewater grant from the state to determine the condition of the county’s drains McElyea wants to use for a long-range maintenance plan is one and the Cass Road Drain district is another.

“We’d spent about $200,000 in engineering, a multi-million dollar drain fix and people were being flooded, that was pretty much shovel-ready, part of that money was also to get easements and I don’t understand why it hasn’t moved.”

While in office, McElyea received an Environmentalist of the Year Award from the Northern Michigan Environmental Action Council and pointed to stormwater ordinance agreements signed with area townships as one of his accomplishments.

“When I crafted that ordinance I made it a five-year intergovernmental agreement,” McElyea said. “For some reason a majority of them changed their minds except for the rural townships and they wanted to handle it themselves,”

Smits, 61, a geological engineer and founder, with his wife Becky Smits, of Inland Seas Engineering, said three decades working as a consulting engineer gives him infrastructure knowledge and useful experience.

Smits, who served on the housing commission for 10 years, said he’s a believer in giving back to the community and would like to return the drain commission office to one that treats residents in drain districts as clients.

“There’s another good reason for me running, though,” Smits said. “I believe the public deserves to have strong confidence in not only who they elect as drain commissioner, but the ethics of the people who are paid to govern. I think the office deserves someone in it who does not give residents skepticism about the government and I am that person. I can’t say that about my opponents.”

“He knows drain law and he now has the time to be drain commissioner,” Largent said, regarding the recent sale of Smits’ engineering company. “Because to do this job well, you have to donate time. The drain commissioner job is unfortunately under supported by the county.”

“The current compensation level for County Drain Commissioner was punitive and not based on the requirements of the position,” Largent said, in a 2017 written request to Grand Traverse County Commissioners asking them to bump pay to $35,000.

The request was denied. Largent asked again in 2019 and was again denied.

Underwood, 57, said he decided to run for the job after discussions with unnamed county commissioners. If elected, he said he’d work on creating a strategic plan.

“The drain commissioner in the past has had some difficulties,” Underwood said. “We need a full overview. We need to know where we’re at, where we’re going and how we’re going to get there. That’s one thing that has been lacking.”

Underwood said he studied political science and communications and has a master’s degree from Spring Arbor University in organizational management. He grew up in TC and saw politics from the inside as a staffer for state senators George McManus and Ruth Johnson.

Underwood is a precinct delegate and works in strategic planning for the State of Michigan. He said that although the drain commissioner runs an autonomous office, getting township and county buy-in for decisions was important.

“That’s critical because under the law, the drain commissioner can raise your taxes. They create a district and an assessment without any outside approval. And I don’t believe that’s the best way to do government.”

The responsibilities of the office, and the person elected to run it, have been the subject of repeated discord for nearly two decades.

When Maureen Templeton retired in 2003, after serving multiple terms as drain commissioner, she said something prophetic: “With the amount of development that‘s going on in the area, 10 or 20 years from now, who knows what this position will be like? It could be real controversial.”

That has proven true over the subsequent 17 years and lawsuits, accusations of conflict of interest and cronyism, a frequently divisive relationship with some county commissioners and sporadic reports of harassment have been reported.

Three people have held the office since Templeton vacated it — Susan Wilson-Broadus was appointed in 2004 to serve out Templeton’s term, followed by the election of first McElyea (2005-2016) and then Largent (2017 to present).

Templeton went to the county board in 2003 seeking legal assistance in a case against developer Bill Clous, after her requests for help from then-prosecutor Dennis LaBelle were rebuffed, as previously reported by the R-E.

The feud between the drain commissioner and LaBelle continued once Wilson-Broadus was appointed.

During her time in office, the county and the state took Clous to court for wetland and soil erosion violations on a 360-acre property between Townline, Hammond and Three Mile roads, which attorneys said began in 2002.

In 2004, Clous agreed to a consent judgment with Grand Traverse County and the Michigan Department of Environmental Quality to settle the lawsuit over claims he illegally bulldozed the wetlands, as previously reported.

Clous said the land was being prepared for farming, though he agreed to make extensive restorations, pay the county $75,000 in cash and services, pay $140,000 to the Department of Environmental Quality and abide by soil erosion and wetland laws.

Wilson-Broadus ran in 2004 to keep her job and was beaten in a contested Republican primary by McElyea, who took the helm in January 2005.

In February 2012 the county hired outside council to investigate a complaint of harassment against McElyea by office specialist, Diana Miller.

McElyea said a county employee was using the office for campaign work which was illegal and in a private meeting he told her to stop.

“Kevin’s conduct during the January 6, 2012 and January 25, 2012 meetings, as well as his subsequent behavior, including glaring at you and physically impeding your movements in your cubicle constituted workplace violence and/or threats,” a memorandum from Jen Seaman, then Human Resources Director, to Miller, stated.

“As you are aware, Kevin is an elected official, however you are an employee of Grand Traverse County,” the memo states. “This makes this situation very interesting and challenging as Kevin is not subject to County policy, however, you are.”

The idea that McElyea was treated differently because he was an elected official is a characterization he disputes.

In March 2012, the county board passed resolution 53-2020 removing soil erosion duties from McElyea and placing them with the construction code office. The drain commissioner’s salary and benefits of $61,165, was subsequently reduced to $7,000, county records show.

“Soil and erosion has always been a political hot potato,” McElyea said. “Developers have never liked an elected official running that program.”

Soil erosion inspector Pete Bruski, who served as McElyea’s deputy drain commissioner for three years, spoke during public comment and told the board he supported removing soil erosion responsibilities from the drain commission, board minutes show.

McElyea said a previous drain commissioner had done the same thing, that soil and erosion should not have been part of the elected duties and he filed for unemployment because he wanted to argue that publicly.

“I’m not a lawyer and apparently I didn’t argue my case well enough,” McElyea said.

The state later deemed the full amount an overpayment and required repayment; elected officials are not eligible for unemployment benefits under the Michigan Employment Security Act.

In 2013, McElyea was caught in another riptide of public opinion, when it was revealed his roommate, Dr. Dan Lathrop, then a county commissioner, cast a deciding vote expanding McElyea’s authority.

Lathrop and McElyea lived in and owned a home together at the time of Lathrop’s vote, a relationship unknown to at least some of Lathrop’s fellow commissioners, as previously reported by the Record-Eagle.

Lathrop was criticized for an apparent conflict of interest; McElyea argued Lathrop’s actions were not a conflict because the new responsibilities for township storm water ordinances did not come with an increase in pay.

McElyea ran for re-election in 2016, and was challenged in the primary by engineering technician Scott Johnson and Largent.

Largent, the Boardman River Coordinator for the county’s Conservation District, sought to return the full time status and soil erosion responsibilities to the office that had been stripped away under McElyea. He succeeded in increasing the pay from $7,500 to $15,000, though the job is still part-time and soil erosion is managed by the county’s environmental health department.

Largent said when he took over the office, McElyea did not reply to his requests for project status reports or questions on record-keeping, which made the transition more difficult.

A drain can be a natural creek, a man-made ditch, a pipeline, a culvert or a combination of methods for re-routing storm water.

The primary vote is Aug. 4.

A memorandum from then GT County Human Resources Director Jen Seaman to Office Specialist Diana Miller, regarding her charge of harassment aga…