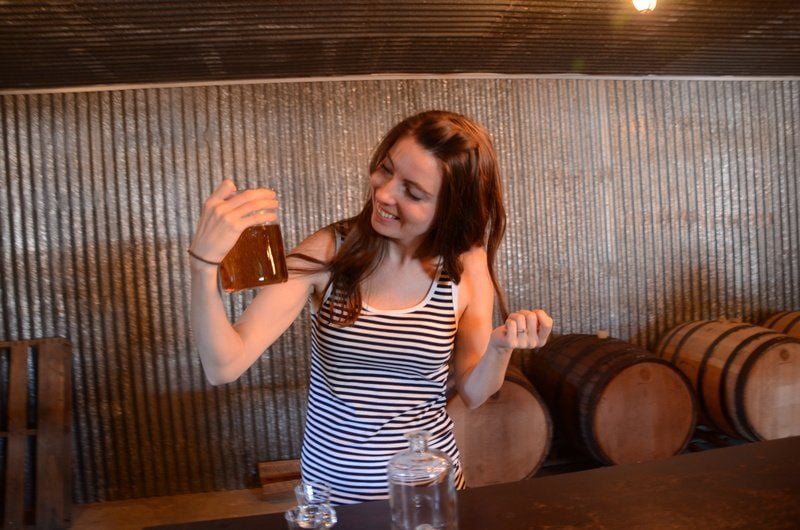 From an idea to the bottle — Ethanology co-owner and head distiller Geri LeFebre gets a look at the first bottle of mel vocatus, or honey liquor. 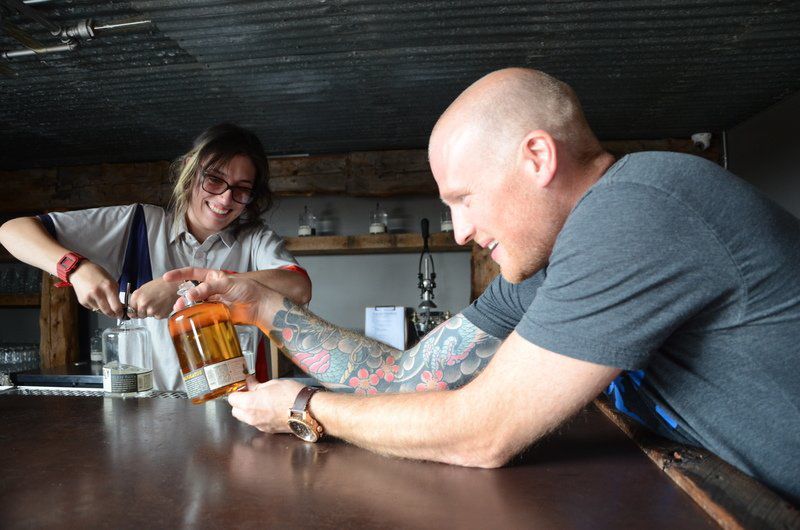 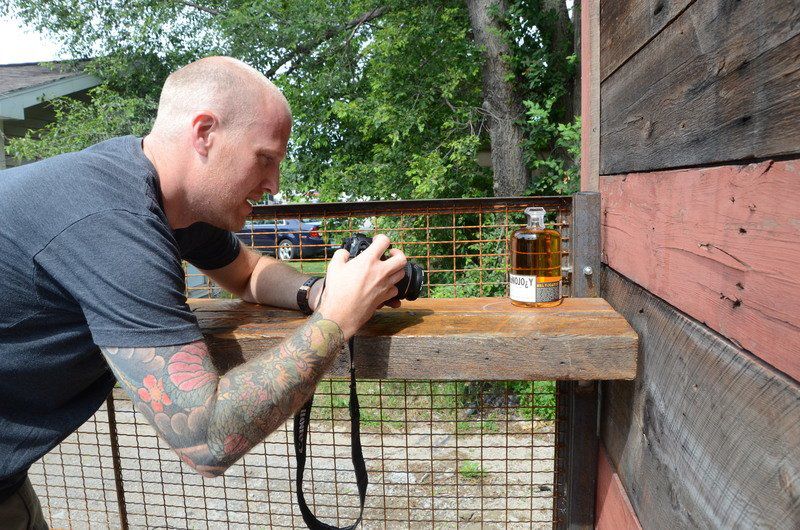 Nick LeFebre takes pictures of Ethanology's first bottle of mel vocatus, or honey alcohol. Each batch of the unique liquor requires 950 gallons of honey, which the Elk Rapids distillery sources from a local cherry orchard.

From an idea to the bottle — Ethanology co-owner and head distiller Geri LeFebre gets a look at the first bottle of mel vocatus, or honey liquor.

Nick LeFebre takes pictures of Ethanology's first bottle of mel vocatus, or honey alcohol. Each batch of the unique liquor requires 950 gallons of honey, which the Elk Rapids distillery sources from a local cherry orchard.

ELK RAPIDS — It's funny what happens when your honey goes public.

Photos are taken. Admirers coo. Your honey is held, examined from top to bottom, passed to the next set of waiting arms. The first bottle debuted last Thursday and the liquid inside looked like spun gold.

"It's perfect — it even looks like honey," Lauryn Ebersole said of Ethanology's new spirit — mel vocatus, the honey liquor that she'll be serving from across the bar.

The Elk Rapids distillery is hosting a release party for the "mel" today from 1-11 p.m.

The project — a labor of love and no small investment — was a long time coming. It wasn't the spirit's gestation — mel takes about five months to mature — but rather building the business to serve it, and honing the expertise to make it, as the idea of making liquor with all local ingredients drove the LeFebre's business plan from the get-go.

"Seeing this after years in my head ...," said Geri LeFebre, head distiller, marveling at the first bottle pulled off the white oak cask. "... it's finally in the bottle."

Geri, 30, of Ishpeming, and her husband, Nicholas LeFebre, 32, of Alden, opened Ethanology this spring, starting with white liquors like vodka and gin — it's best to have something on hand to drink when you open the doors, they quipped — and will unroll aged liquors like brandy and whiskey when they're ready.

The mel is a single-run spirit is their "rum replacement," and is more like rum than vodka, they said. They're hoping the phrase "the rum of the North" catches social media fire.

The honey liquor idea started with visits from the LeFebre's Elk Rapids neighbors — bees from the nearby cherry orchard.

"The neighbor bees, we'd set out plates of water for them — they're always looking for water," Geri said.

The orchard, Cherry KE in Kewadin, now supplies the honey in 600-pound barrels for the small batch distillery.

Because of the amount needed to make honey liquor — about 950 pounds of honey per batch, or 2.5 pounds in every bottle — it's wildly expensive to make, they said.

"I mean 1,916 bees gave their lives for this," said Nick. "They only make about 1.5 tablespoons in their lifetime."

The mel falls in line with the LeFebres' pledge to push the creative envelope using locally sourced ingredients — their current offerings all come from within a 33-mile radius, they said.

"We'll never be able to make tequila," said Nick, as the agave plant used in its production doesn't grow here.

But honey does, and its versatility is endless, Geri said.

The former hospital nurse developed a strong respect for the sweet stuff when she saw that her hospital stocked medical honey to treat cuts and superinfections.

"Honey is magical," Geri said. "It speeds healing and helps with seasonal allergies — it's awesome, and delicious, and has so many possibilities."

The LeFebres said they hope that honey liquor catches on regionally, and becomes the next big northern Michigan craft product, like riesling or hard cider.

"We want to create a region north of Cadillac with local bees," Nick said.

"There are so many variables — literally someone could use the same ingredients from the same farms with the same water across the street from us, and it would still be totally different," Geri said.

The mel vocatus opening is today at 1 p.m. at Ethanlogy at 127 Ames St. in Elk Rapids.