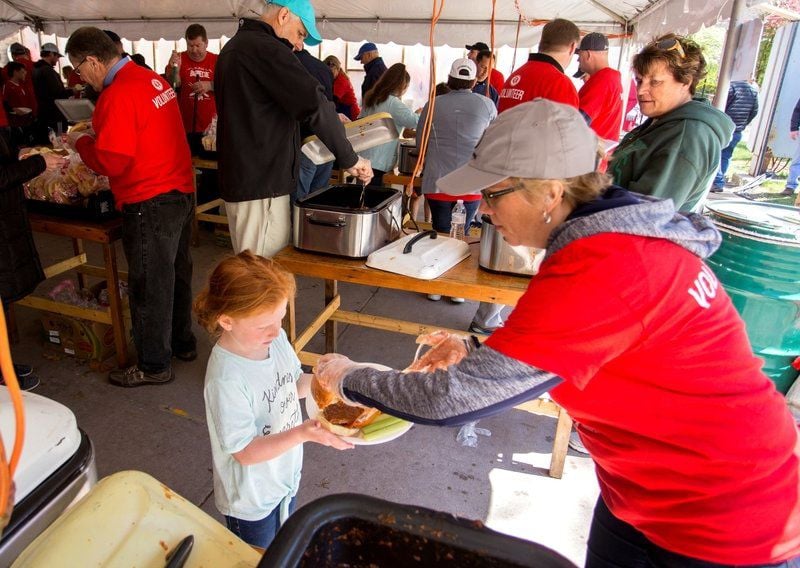 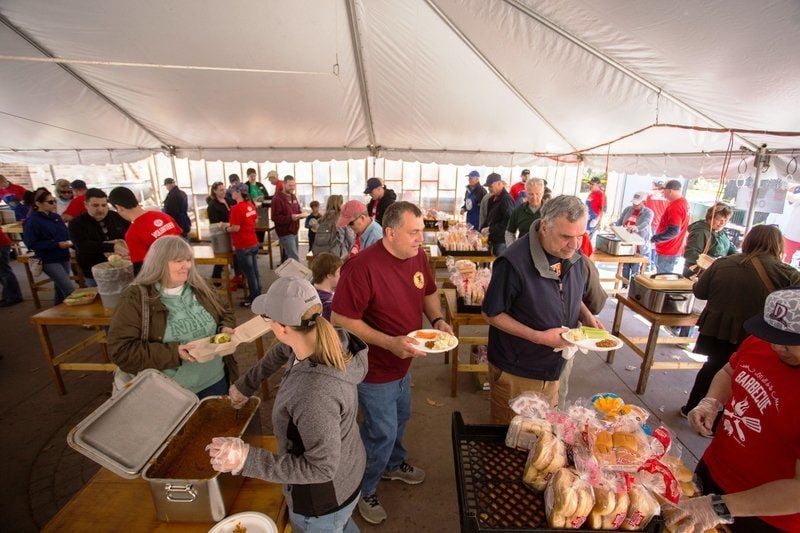 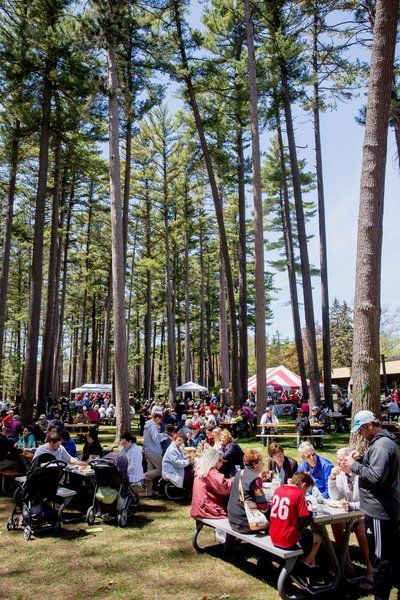 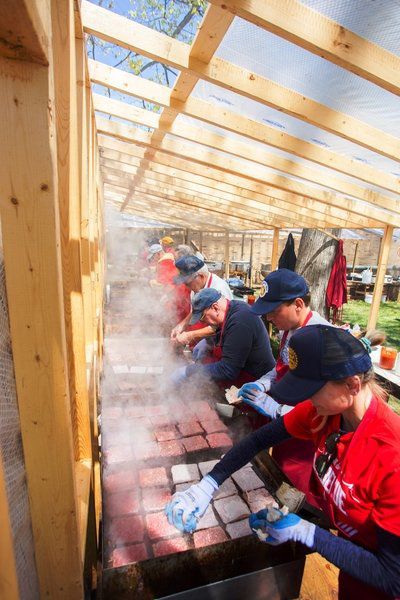 As they have since year No. 1, the Oleson family led the charge for support by donating every morsel — from buffalo burgers to chocolate cupcakes — for Sunday’s 63rd annual event.

“My grandfather started this originally — he wanted to help the college grow and do everything he could to support it,” Brad Oleson said. “It’s our college, our community.

About 5,432 meals were served Sunday, but the total raised is still being tallied, said Diana Fairbanks, NMC executive director of public relations, marketing and communications. Officials should have that number later this month.

Last year’s barbecue proceeds went toward a media center for the college’s Smith Wing of Inuit Art at the Dennos Museum Center, a Hawk Owl mascot costume, carbon-neutral education program Neutr-Owl, a freezer and supplies for the NMC food pantry and scholarships.

Funds from this year’s event will be divvied up next spring.

The barbecue, Fairbanks says, is a way to get a look at what’s going on at the college, new projects included.

“It’s kind of our community open house,” she said. “We welcome all the people we can get.”

Red-striped tents settled between towering pines decorated NMC’s campus for the event, and college alumni, community members and current students grabbed plates and shaded spots at a picnic table. Younger attendees — and some older ones — enjoyed games like the beanbag toss and duck pond, bounce houses and snacks of popcorn and cotton candy.

“It’s nice to see what’s changed and what they’re still doing — and to see that some of the teachers I had are still here,” said Tom, who graduated in 2005 with a degree in applied science. “And the food’s always good.”

“I like how they make the beans and stuff in that cauldron with a big paddle,” Sue added.

“We have volunteers who are in their third generation — their grandparents were volunteers, then their parents and now, they’re here,” Nelson said. “I think this has become more than a tradition — it’s part of Traverse City.