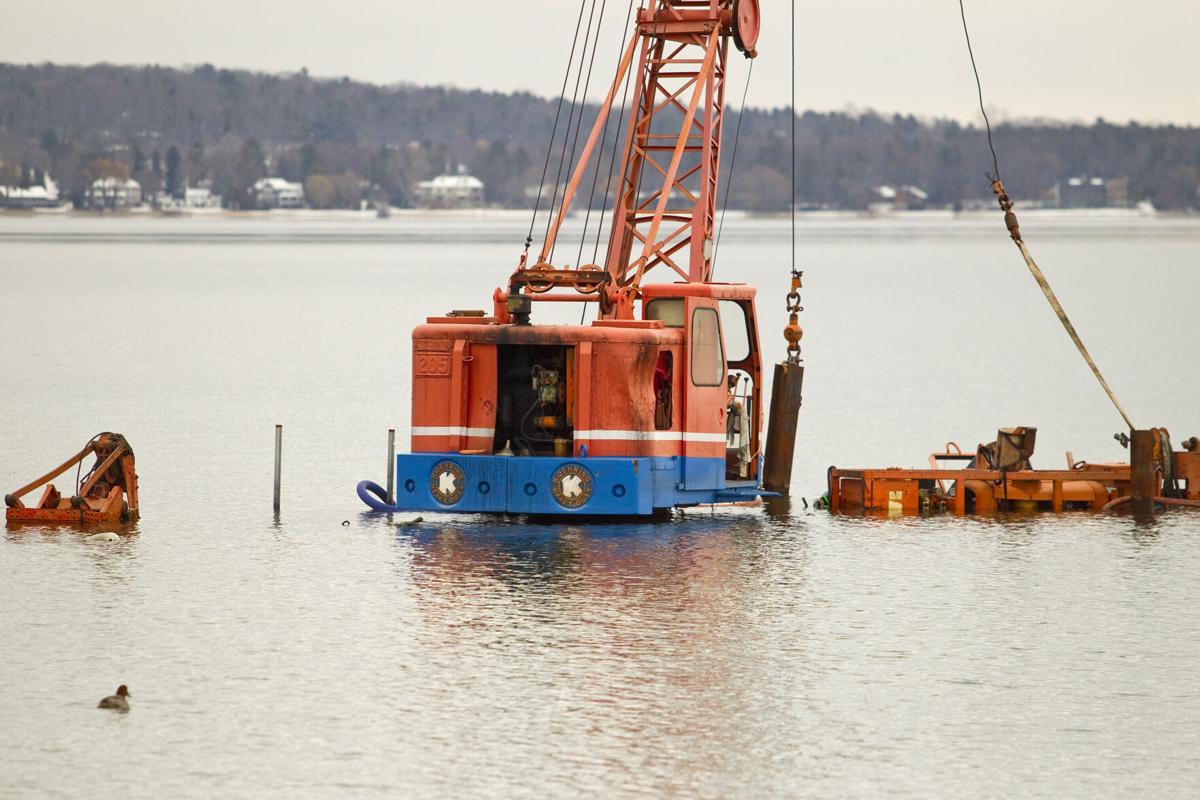 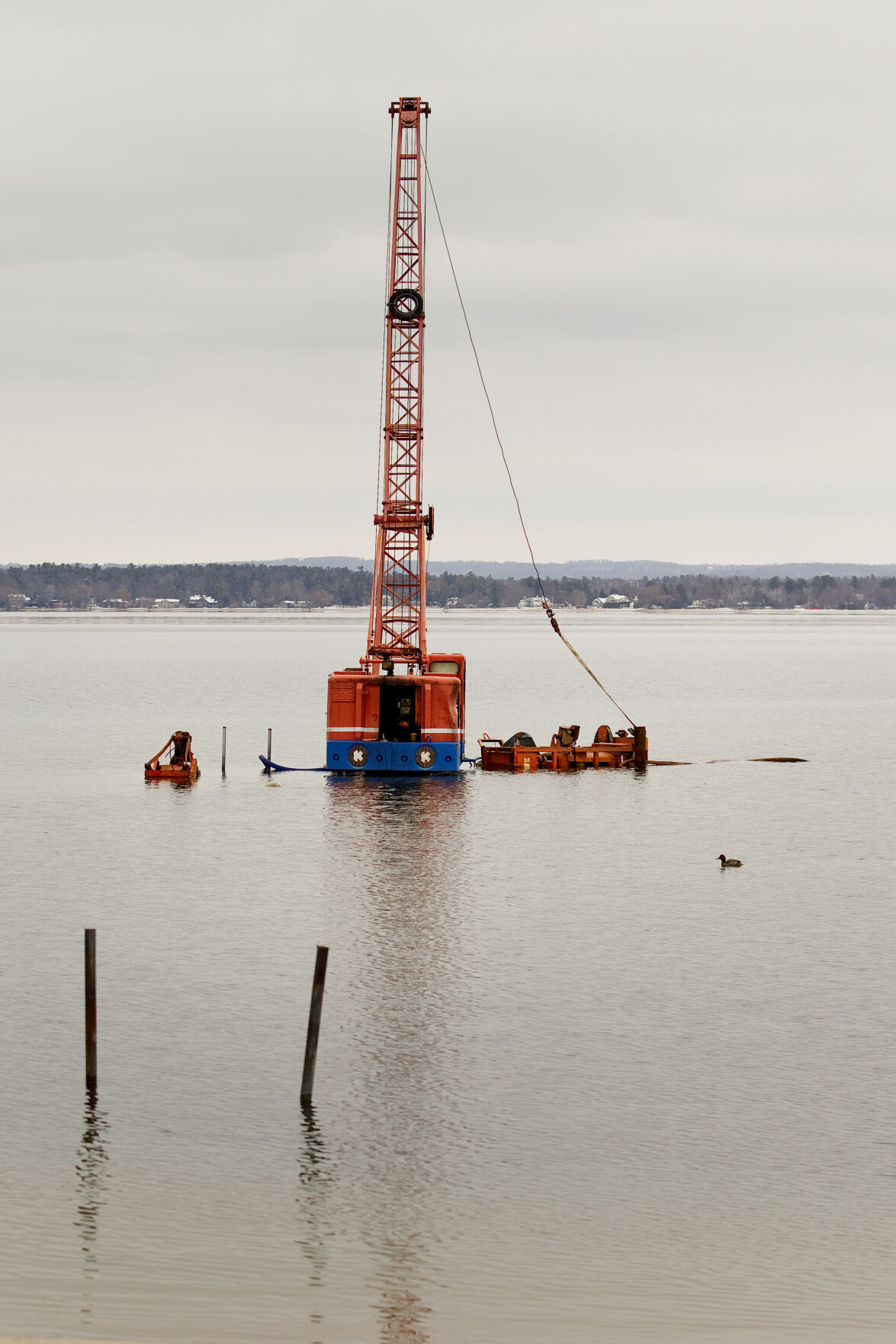 TRAVERSE CITY — State environmental regulators set a deadline for a sunken barge and crane to be removed from the bottom of West Grand Traverse Bay, and it’s more than two months from now.

Authorities said cold weather and water temperatures were a factor in the decision to set the deadline in late May to raise the barge and crane owned by Balcom Marine Contractors of Traverse City. They sank in late November during windy conditions while anchored in the bay south of the Elmwood Township Marina.

State officials threatened the barge and crane owner with civil fines or even criminal charges if demands aren’t met.

Donald Balcom, the company owner, said the barge and crane sinking in the bay was an accident, and he is striving to meet the state deadline to surface the equipment.

“We had been diving on it,” Balcom said this week.

But U.S. Coast Guard officials warned the workers to halt their efforts until weather conditions changed and the goal became safer to achieve, he said.

He declined to answer additional questions about how the sinking happened, as well as when the work to raise the barge and crane will resume — other than to confirm by the state’s May 27 deadline.

Balcom criticized state officials for threatening fines and criminal charges in the violation notice about the deadline to salvage the sunken barge and crane. He said he’d lost two customers because of that letter.

“We’re not polluting. We’re not doing anything,” Balcom said.

State officials confirmed weather conditions came into play in the decision to set the salvage deadline in late May.

“Weather is a factor but we certainly do expect to hold him to his word that he’ll remove it by that date,” said Nick Assendelft, spokesman for the Michigan Department of Environment, Great Lakes and Energy.

He also said the public should know the U.S. Coast Guard worked to remove all oils and fuel from the sunken vessel and crane to prevent any continued pollution into Lake Michigan.

Petty Officer Greg Schell, from Coast Guard’s Ninth District, confirmed the military agency hired a contractor to remove the petrochemical liquids from the vessel and crane in early December, along with clean up the materials that had already leaked into the bay.

This is not the first time Balcom Marine has run into trouble. Over Labor Day weekend in 2019 the company’s tugboat sank in Paradesia Bay north of Northport, as previously reported.

The tug was towed into the Northport Boat Yard and has been stored there since, according to a company spokesperson in December.