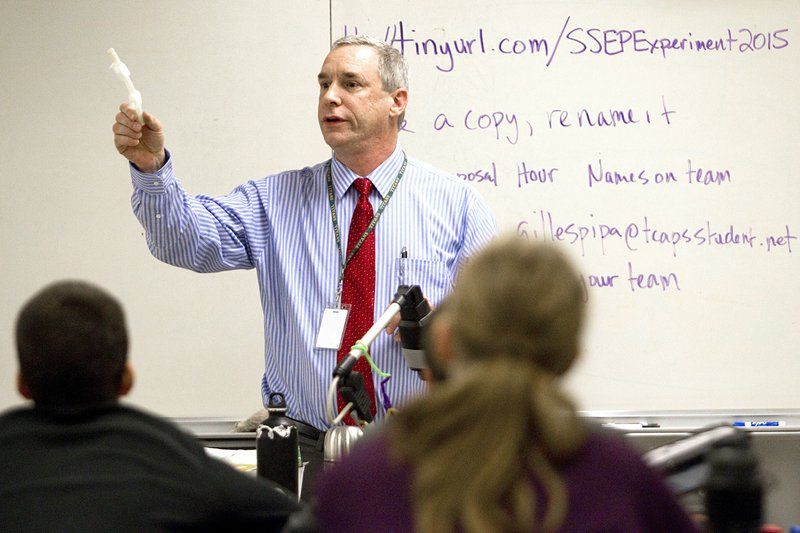 Patrick Gillespie talks to his class about the criteria for their experiment. 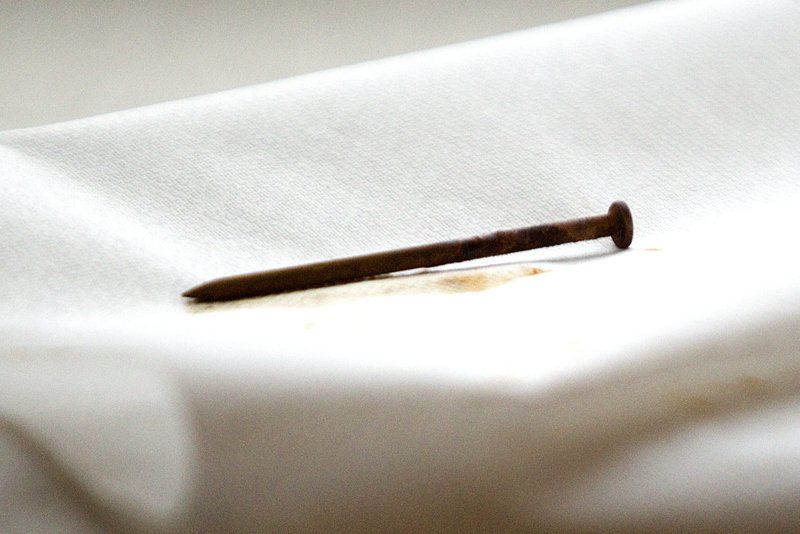 Two students had the idea to see how Coke affected a rusty nail. They prepared the rusty nails in the classroom. 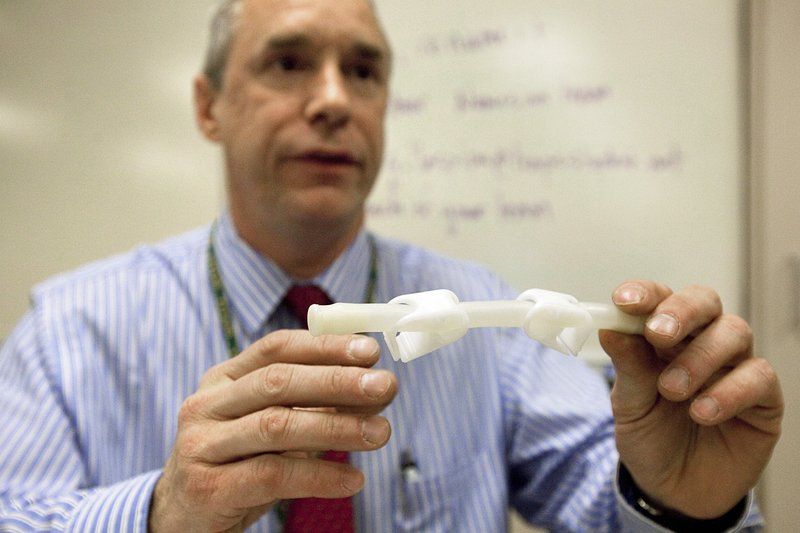 Patrick Gillespie shows what the mini lab looks like that the students have to base their experiments around at Traverse City West Senior High School. Their entire experiment must fit in this small tube.

Patrick Gillespie talks to his class about the criteria for their experiment.

Two students had the idea to see how Coke affected a rusty nail. They prepared the rusty nails in the classroom.

Patrick Gillespie shows what the mini lab looks like that the students have to base their experiments around at Traverse City West Senior High School. Their entire experiment must fit in this small tube.

TRAVERSE CITY — It's just a small silicon tube, the width of a finger and under seven inches long, but it will occupy the imagination of hundreds of high school students for the next few weeks.

Chemistry and biology students at Traverse City West Senior High School will fill the tube — known as a mini-lab — with experiments that can be tested on the International Space Station.

It is the second time the school has participated in the national Student Spaceflight Experiments Program. Patrick Gillespie, a chemistry teacher who directs the program at the school, hopes more than 800 biology and chemistry students will take part. They'll have to break into groups and design an experiment that can be sent into space and carried out by astronauts in microgravity. The experiment would be replicated on Earth so the results can be compared.

Students at the school will compete against each other and sometime in the late spring — near the end of the school year — one experiment will be sent into space.

"These kids are trying to think of things that might be different with zero gravity than on the ground," Gillespie said. "Just watching those kids work together, doing real science, it's just fantastic."

Nathan Clishe, a 10th grader in Gillespie's class, has already conducted research outside of school and corresponded with someone at SSEP about potential experiments.

"I've always been interested in space and to have the opportunity to send an experiment up into space is very exciting," Clishe said.

He said the project is difficult in some ways because there are so many options for experiments.

"What makes an experiment useful is whether it has any real-world application," Clishe said.

His classmates Rachel Kreta and Jon-Michael Clark are thinking about comparing how Coke takes rust off a nail in space and on the ground. They wanted to speed the rusting process, so they scratched the protective coating off nails with steel wool. The pair then exposed the nails to bleach and vinegar.

"We thought it'd be cool to see which one would work better," Clark said.

West Senior High students last sent an experiment into space in January 2014. That year they designed an experiment to test how antibiotics worked in zero gravity compared. Students packed bacteria, antibiotics and a growth medium into the tube and learned the antibiotics were effective in space.

Gillespie wanted to participate in the program again the next year, but had trouble finding enough money — more than $20,000 — to fund the program. This new mission will be mostly funded by the Michigan STEM Partnership, a statewide nonprofit collaborative.

Gillespie said the program offers students a realistic science experience in which they have to come up with something to test and then compete against other groups for funding.

"The future of humanity is going to be in space," Gillespie said.