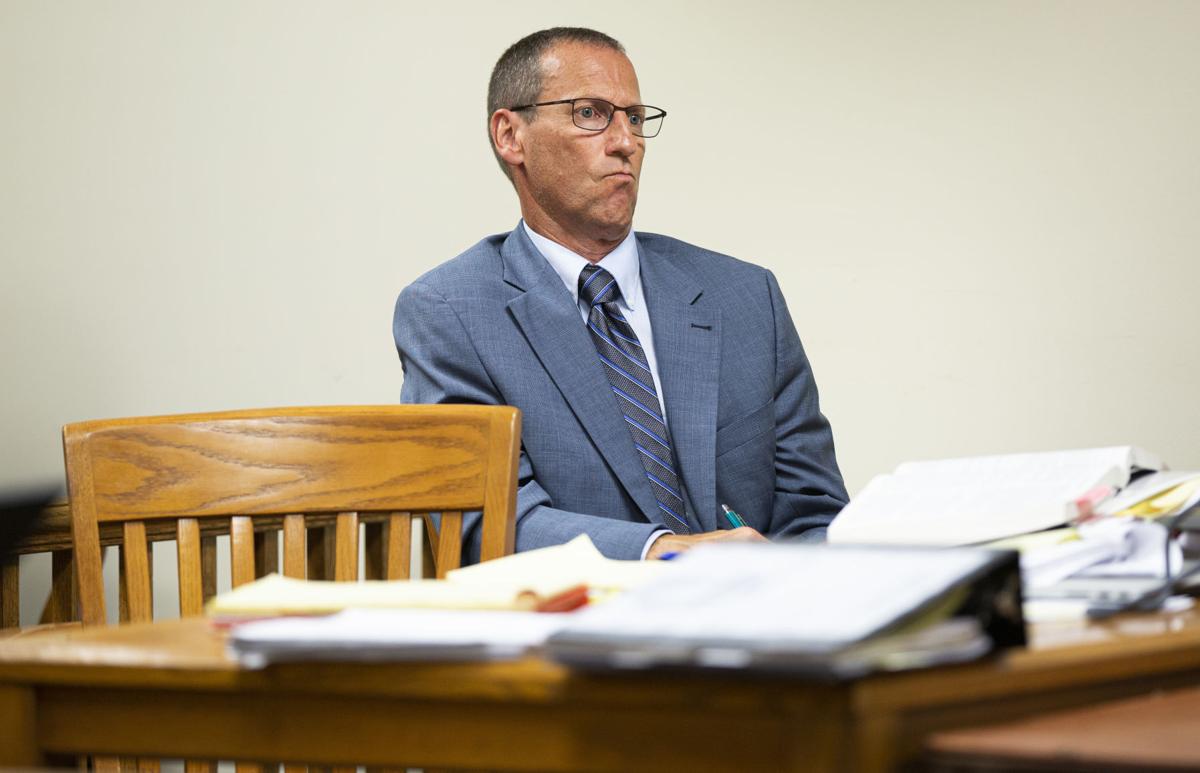 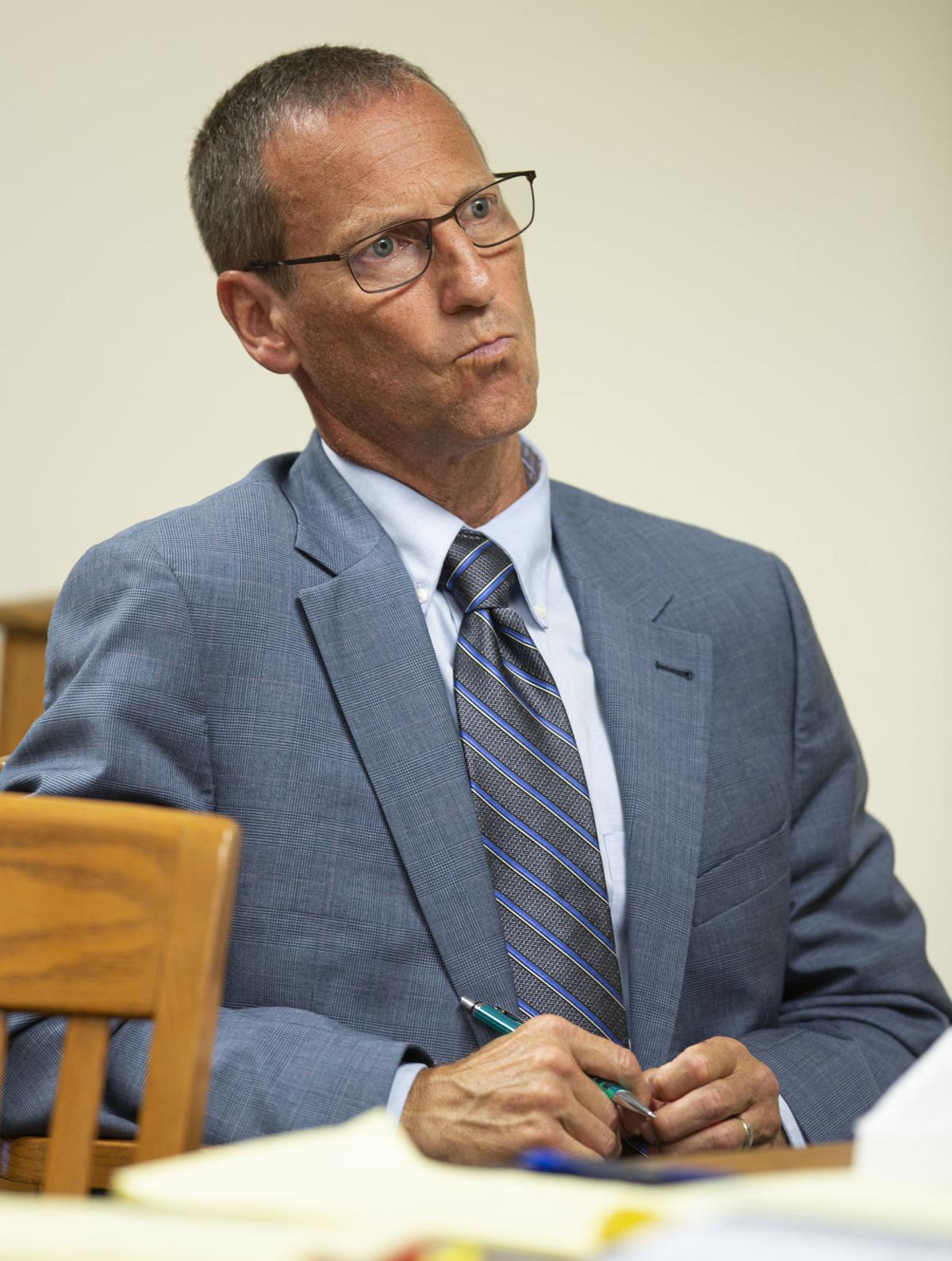 Terry Starr sits in court during his preliminary examination on Sept. 18 in the 86th District Court in Bellaire. 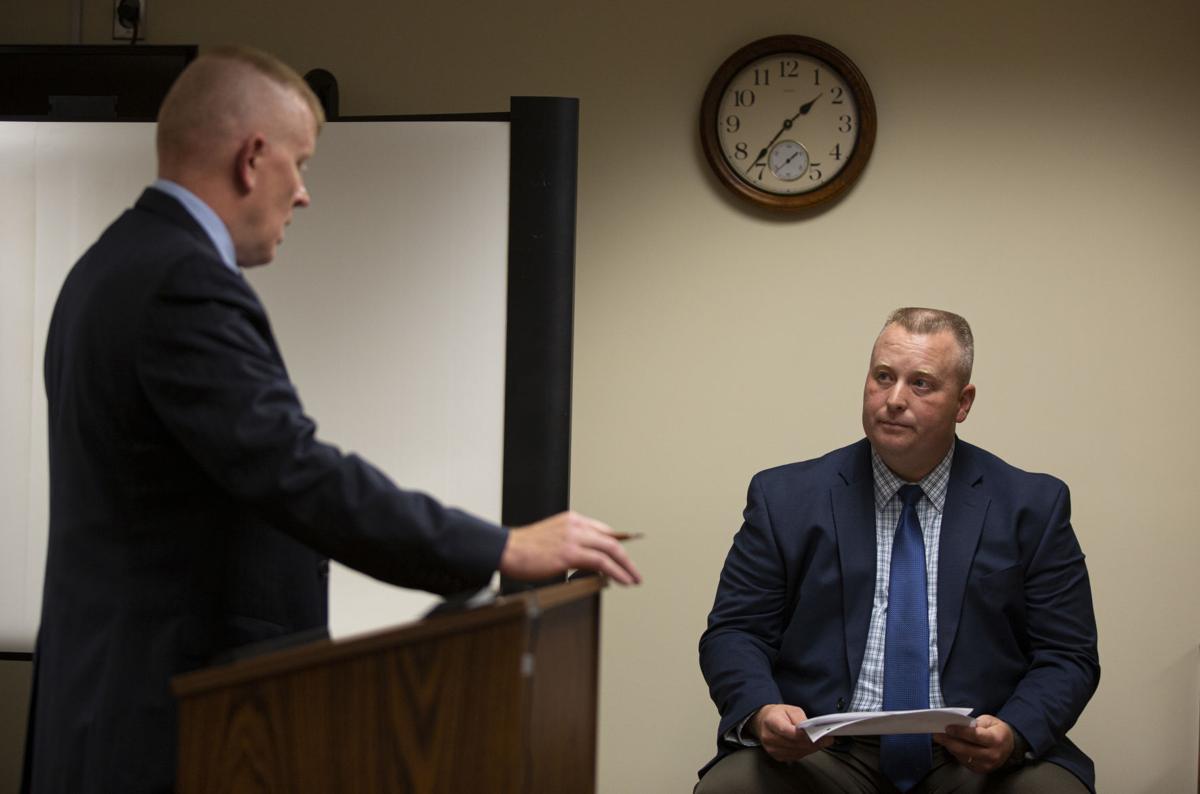 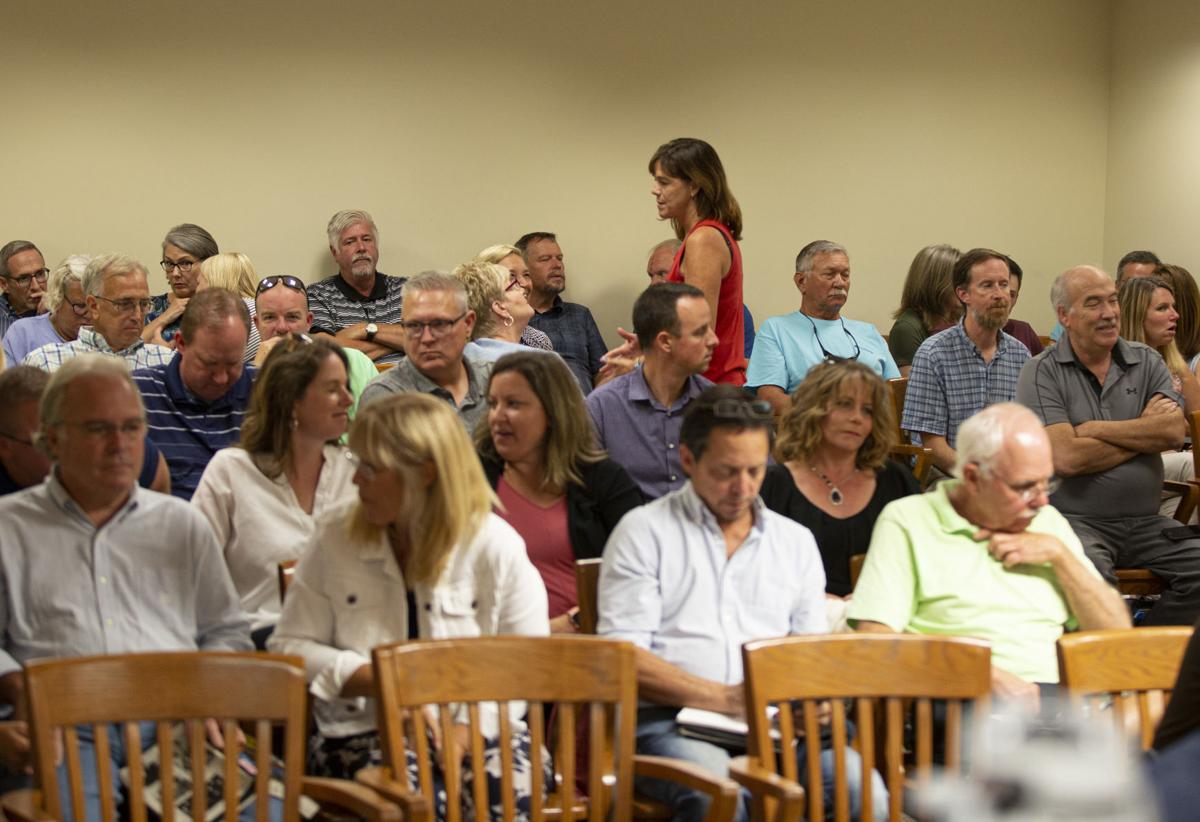 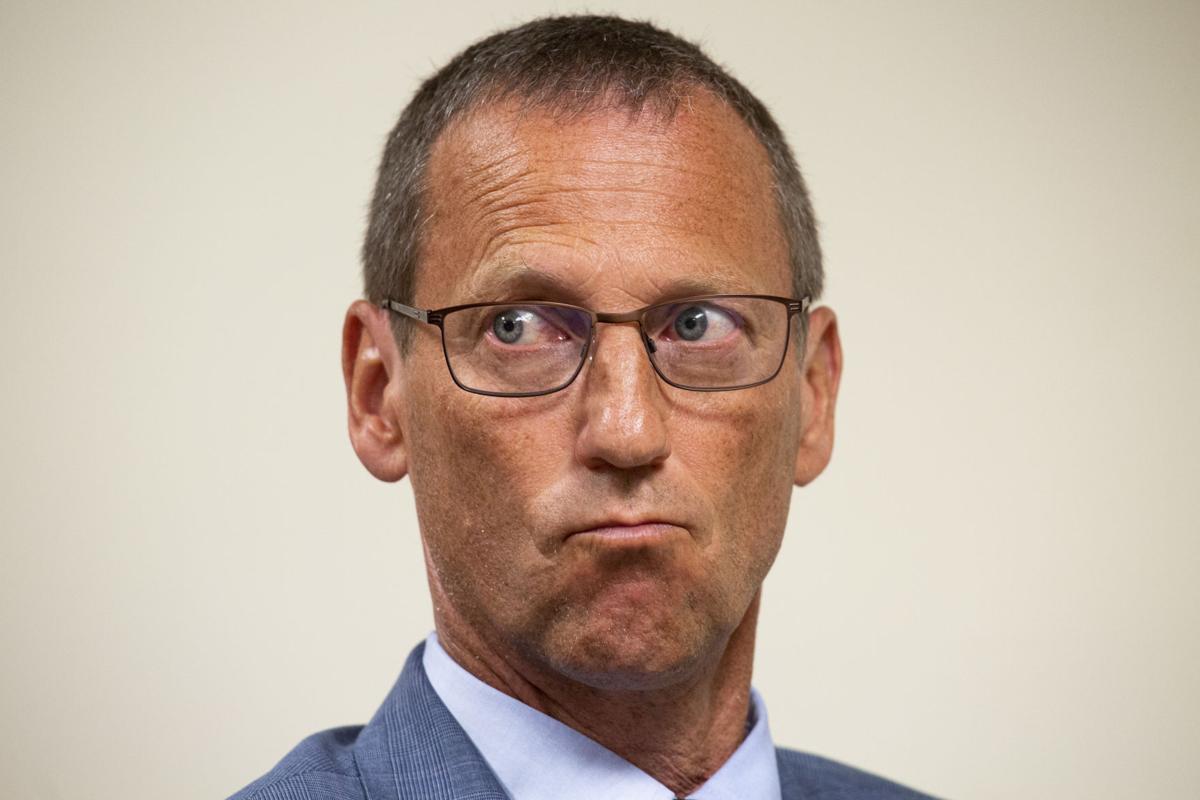 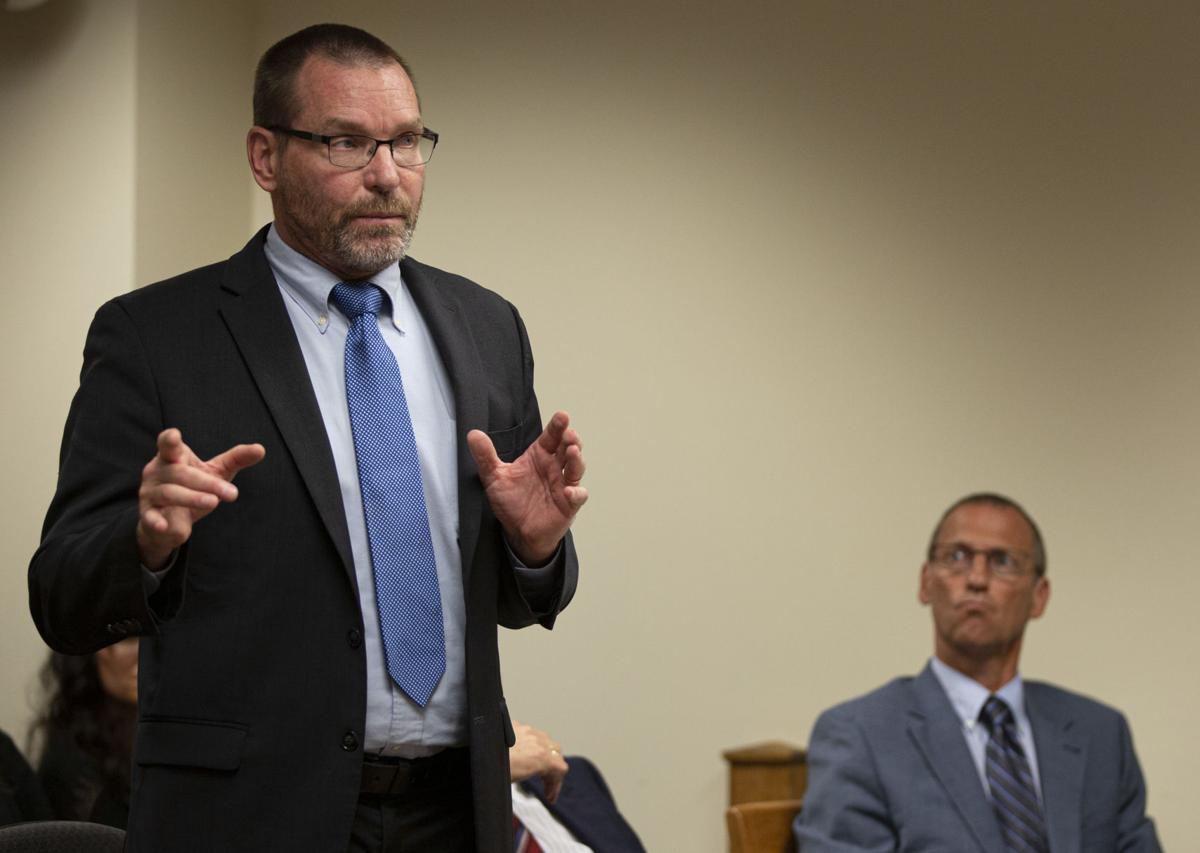 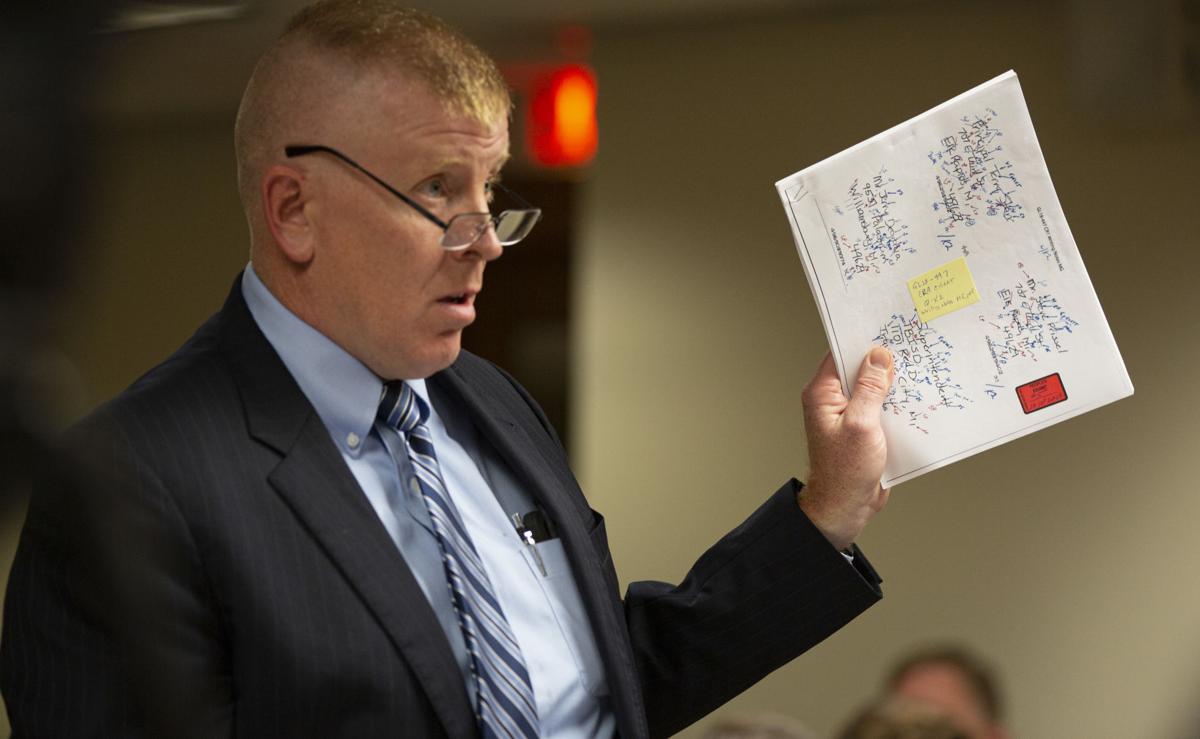 Terry Starr sits in court during his preliminary examination on Sept. 18 in the 86th District Court in Bellaire.

BELLAIRE — A test of faith.

Those were the only words Terry Starr could utter after the state’s case against him was bound over to the 13th Circuit Court late Wednesday night for a likely jury trial.

Starr, who is on unpaid leave from his role as Kalkaska Public Schools superintendent, sat quietly in a packed courtroom in Antrim County as Judge Bob Cooney heard testimony from two handwriting experts and the Michigan State Police detective in charge of the investigation. He remains charged on two felony counts — the false report of a felony and the intentional false report of child abuse.

Starr pleaded not guilty once again after the case was bound over.

“Just a tremendous test of my faith,” Starr said in the parking lot outside the courthouse as he was surrounded by family, friends and other supporters.

MSP Sgt. Stephen Porter claims Starr, in January 2018 when he was the principal at Cherryland Middle School in Elk Rapids, sent a batch anonymous letters to several Elk Rapids Public Schools officials, including himself, accusing Elk Rapids High School Principal Mike Travis of actions that would constitute felony criminal sexual assault against a now-graduated student in 2013. The actual letters were printed, but the envelopes were addressed handwritten.

Starr as well as Travis, former Elk Rapids Superintendent Stephen Prissel and recently retired assistant principal Jim Standerfer each provided 80 handwriting samples of exactly what was written on the envelopes and several samples of their handwriting from previously written documents for examination.

MSP Lt. Mark Goff, who is a forensic analyst and handwriting expert, testified for the prosecution and stated that his examination of the provided writings gave him a “probable” conclusion that Starr wrote the letters. Goff, however, said he was not willing to testify to that beyond a reasonable doubt and also did not eliminate either of the other three as possible authors. He did conclude it was highly probable that Prissel did not write the letters and probable that Travis and Standerfer did not either.

Erich Speckin, the handwriting expert for the defense, testified his complete examination of Starr’s samples as compared to the envelopes eliminated Starr as the one who addressed the envelopes.

“I don’t believe there is any evidence to suggest that he is the author,” Speckin said. “It would be elimination based on the evidence we have in front of us.”

Speckin pointed to the inconsistencies between Starr’s writing and the writing on the envelopes in the numerals 2, 4 and 6. Starr used a loop on the bottom of his 2, used a closed peak on his 4, and had a horizontal finish on his 6. The writing on the envelopes showed a 2 with a straight bottom, a 4 with an open top, and a 6 with a vertical finish.

Don Passenger, Starr’s attorney, also argued the charges hold no water because no report accusing Travis of criminal sexual conduct was ever filed with law enforcement and that Adult Protective Services deemed there was no basis for investigation into the matter.

Cooney disagreed with Passenger’s assumption and said the letters themselves, some of which ask for the recipient to take the matter to “authorities,” provided cause for a false report to be made and an investigation to be opened. He also said both handwriting experts testified well and that the matter is now “a jury question.”

“We were of course disappointed,” Passenger said. “We don’t think there was a false report. If you listen to the last question answered by (Porter), I asked him what false report was filed with the police, the (Michigan Department of Health and Human Services) or APS, and he said there was none he was aware of. That’s the case right there.”

A pre-trial conference is set for 8 a.m. on Oct. 14 in the 13th Circuit Court in Antrim County.