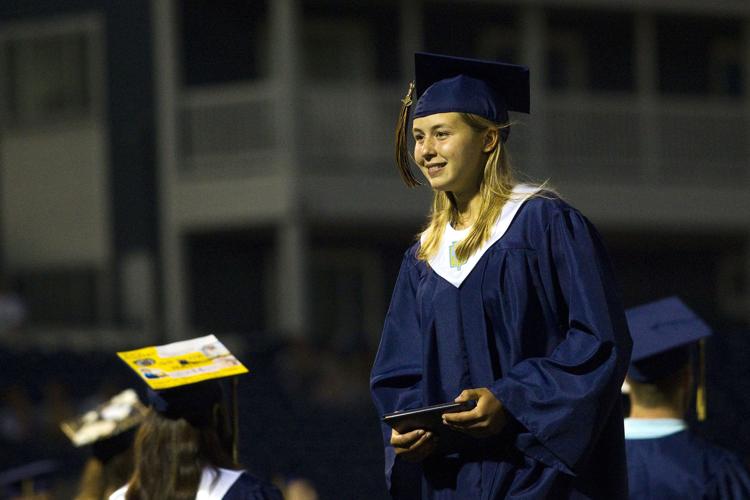 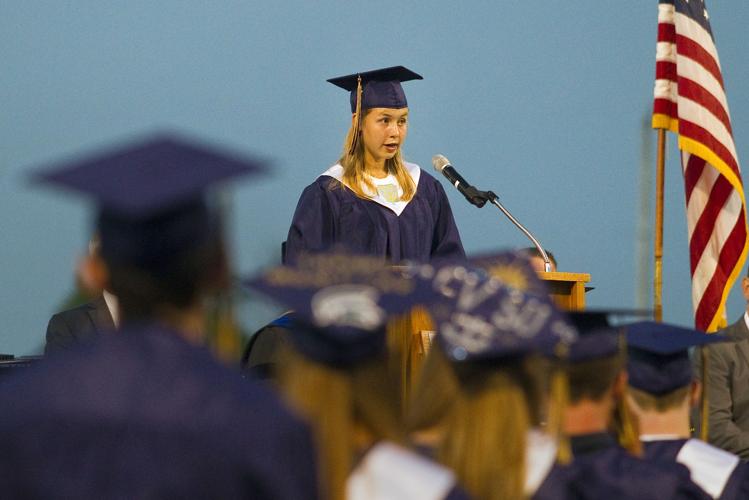 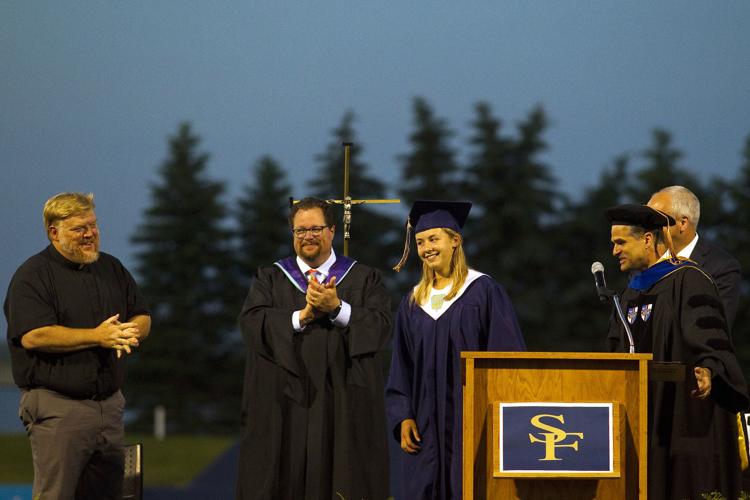 Anne Marie Myler read the story of “The Three Musketeers” in fifth grade, setting her life on a course for the next several years.

She immediately gravitated toward the journey of those three and d’Artagnan. It was the sword fighting that drove her to the next best thing — fencing — and she began with a foil in her hand before she made it to middle school.

The next stop on her own journey is Notre Dame University, where she’ll study aeronautical engineering.

Her senior year was a good one, Myler said, but just in a “different way.”

The difficult part was stopping fencing and Civil Air Patrol when the COVID-19 pandemic hit. Myler said most of her friends were from the fencing club and Civil Air Patrol — a group Myler described as a mix of Junior ROTC and the Boy Scouts that anyone could join. Unfortunately, she didn’t get the opportunity to talk to them much.

What Myler learned through her time fencing and in CAP was that it was OK to do things just for fun.

“Instead of trying to get first place in the competition, it allowed me to take a step back and realize what’s more important,” she said. “I don’t have to be first in everything.”

Although Myler is all about having fun, that does not mean she takes a lackadaisical approach.

“I’m responsible for my own actions, and I know I need to put in 100 percent of my effort all the time,” she said.

“She has that balance,” Bartle said. “That’s kind of unusual in a driven person.”

Bartle recalled Myler’s performance in the Junior Olympics two years ago when she upset several highly ranked competitors. The bout that left a mark with Bartle was in the round of 32.

Tied 14-14 — the 15th point wins — Myler’s opponent got the touch, but the referee tossed out the point because her knee was on the ground.

“That girl’s coach and her parents and this other coach just started throwing a temper tantrum and yelling at the ref,” Bartle said. “Annie walked to the back of the strip and just stood there very quietly and smiling while everyone else was going crazy.”

Myler got the next touch and the win, upsetting the 11th-ranked fencer in the nation.

Bartle ran up to her right after and asked what she was thinking about when she stood there waiting.

“She’s like, ‘I was just thinking about the noodle monster from this TV show,’” he said. “She can be in that situation and go to a place that’ll relax her but still keep her focus.”

Myler’s mother, Mary Beth Myler, has seen that same sense of calm and confidence in her daughter many times.

“Her sense of ease. She is just a calm person. She presents herself calmly. She goes after what she wants calmly — but she gets there,” she said.

That calmness is likely a byproduct of Myler’s inquisitive nature as a child, Mary Beth said.

Mary Beth and her husband used to take Myler on walks when she was a child. Without fail, Myler lagged behind before catching up with something in her hand.

“A roly-poly, a rock, an acorn,” Mary Beth said. “Or when she got older, and it was a snake or a frog. She always looked around her. She’s always got these questions.”

Questions led to Myler — the self-described “science nerd of the family” — attempting to build rockets in the basement.

“I had all these crazy ideas,” Myler said.

She sees aeronautical engineering as a perfect fit for those crazy ideas.

“It gives me a creative outlet in the engineering field, but it also gives me a stepping stone to work for NASA someday,” she said.

Notre Dame is a perfect fit as well. Myler’s grandfather and both of her parents went to Notre Dame, and her older sister is a junior at the home of Touchdown Jesus.

“I grew up in a home in that is 100 percent, you always root for Notre Dame — no matter what,” she said.

Myler said she is proud to carry on that legacy, and she will get that opportunity in the fall.

GRAWN — Puffin Rock plays on the TV as 3-year-old Maci Austin hops on the couch with excitement in her voice, screeching with joy, smiling and…