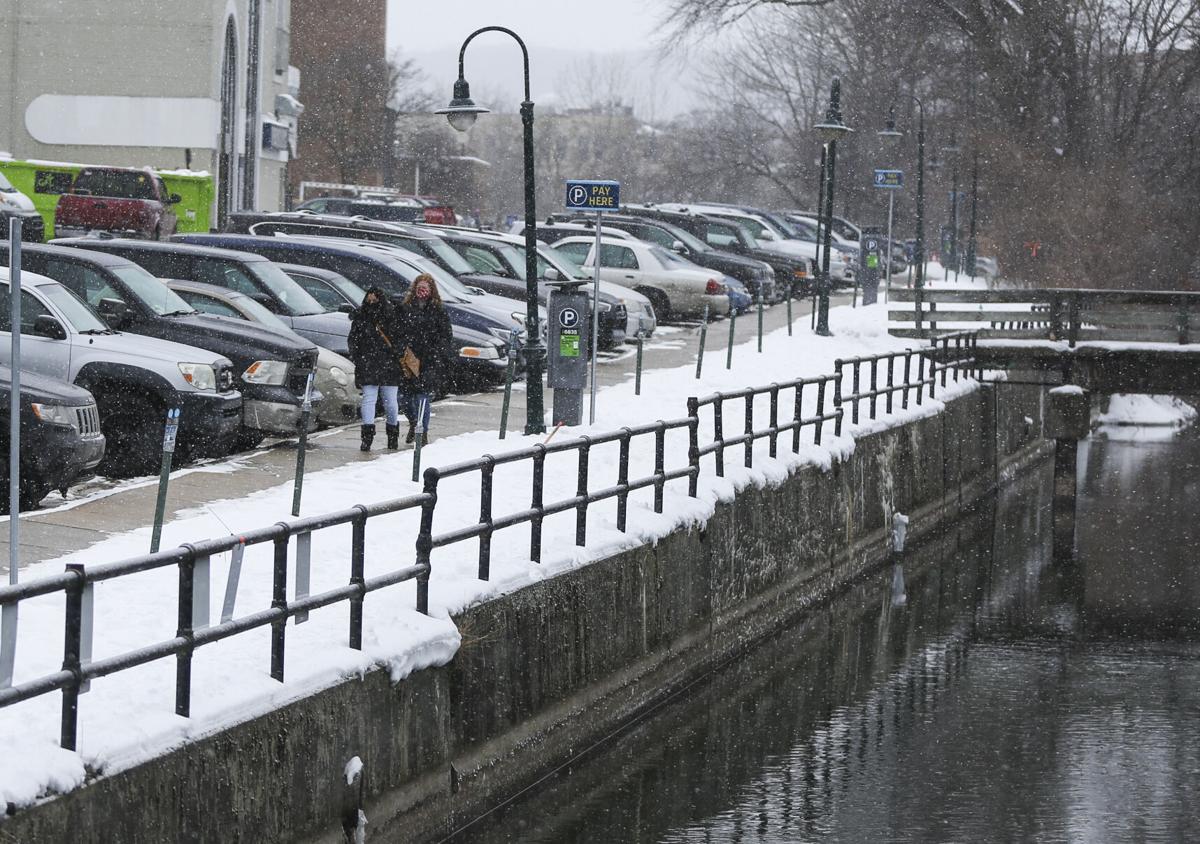 Pedestrians walk along the Boardman River in Traverse City on Friday. 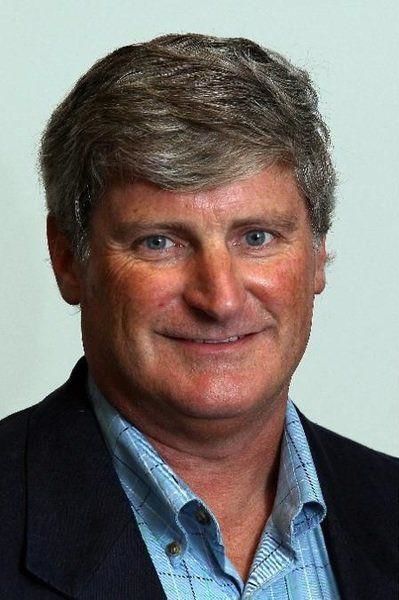 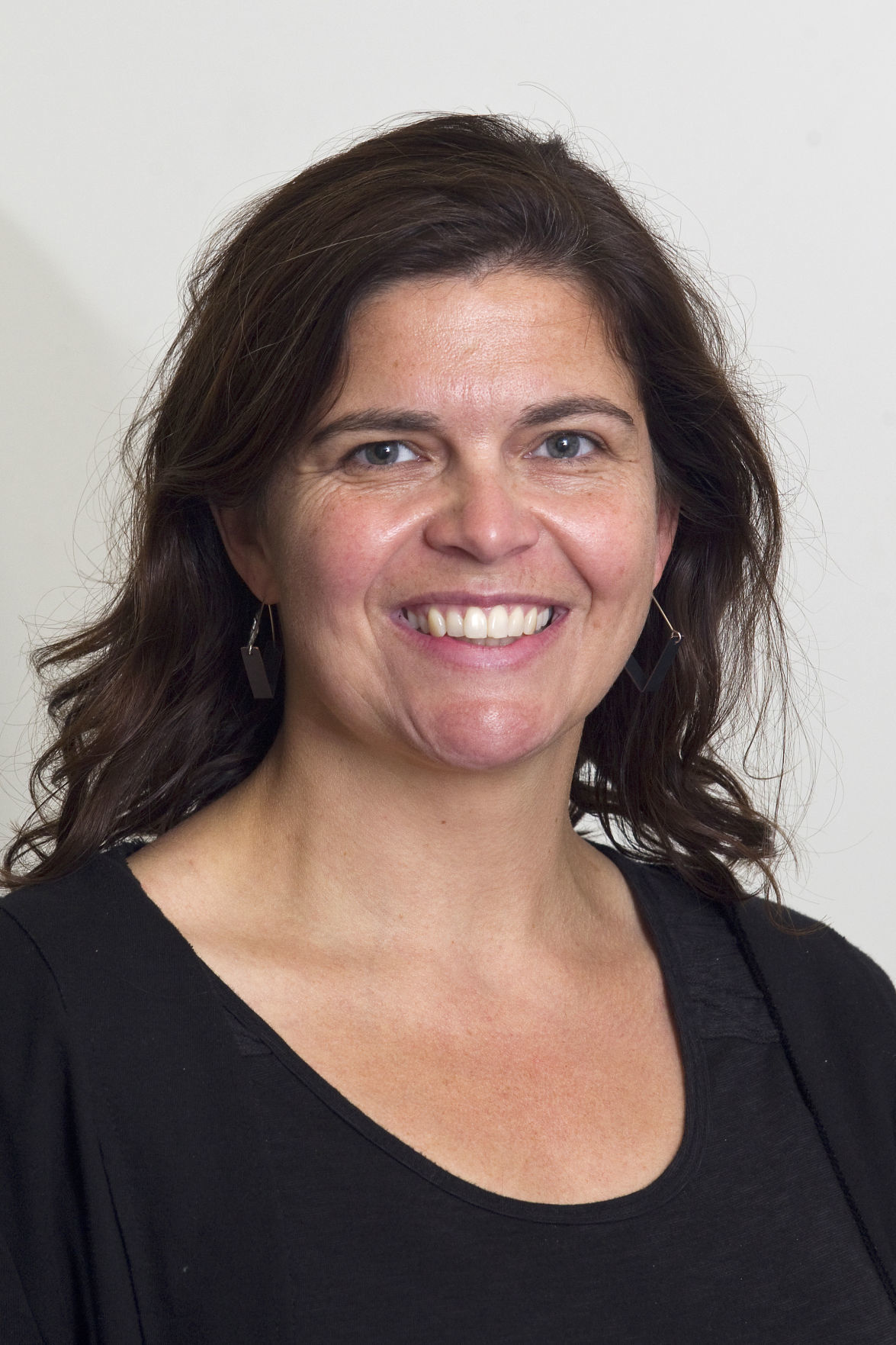 TRAVERSE CITY — Fixing a wall on the banks of the Boardman River in downtown Traverse City could cost millions.

Downtown Development Authority board members were the first to hear a draft report flush full of information on the river wall between Union and Park streets in Traverse City Friday. The SmithGroup, the firm behind the report, recommends taking out the wall in one city block and relocating a sewer line behind it, then shoring up the wall’s undercut footings on another block.

Traverse City’s Downtown Development Authority board got the first look at an assessment and recommendations from the SmithGroup Friday, including an initial estimate of at least $2.4 million in construction costs.

The presentation from the project consultants is scheduled for a study session of the City Commission on Monday.

Bob Doyle, principal and landscape architect with SmithGroup, told Mayor Jim Carruthers about the early estimate after the mayor asked about the “preliminary numbers or ballpark figures.”

“We estimated (in a grant application) $2.4 million in construction costs,” Doyle said. “As you noted, that would have to be refined as we get further into the engineering, but as a ballpark number, that’s what we’re looking at.”

The near vertical retaining wall on the southern bank of the Boardman River rests on a footing supported underneath by vertical wooden pilings.

On top of the same footing sits a 24-inch sewer main that city Municipal Utilities Director Art Krueger called a major trunkline for the western half of the city and two neighboring townships, Garfield and Elmwood.

The sewer line rests on the footing most of the way between Union and Cass streets, and the entire stretch between Cass and Park streets, Krueger said after the meeting.

Doyle told the DDA board soil underneath the wall has been “scoured out” beyond the footing of the wall over the last decade. Made worse by high water levels, Doyle said “soil is leaking under the wall from behind.”

That caused holes to open up south of the wall in a few places, causing sidewalks to shift and undercutting sewer service lines connecting buildings to the sewer main. And if further soil loss causes the footings to shift, that could cause a “catastrophic” sewer main failure.

“The loss of soils is problematic to the community and the river as the support for the sewer service connections is lost and/or weakened, potentially contributing to the release of raw sewage into the river,” the report said. “In addition, the impact to the sewer system pipes and connections encourages ground water infiltration into the sewer pipes, which increases the community costs to treat sewage on typical days and contributes to the failure of the sanitary sewer on larger storm event days as were experienced on three occasions in the spring of 2020.”

Recommended fixes include adding an underwater sheet piling just in front of the wall footings between Cass and Park streets, then filling the two- to four-foot void under the footings with cement.

The report also calls for removing the wall between Union and Cass streets, creating a more natural, sloping bank and adding rock and riprap to stop further erosion. That would require relocating the sewer line further south under the alley behind East Front Street’s 100 block.

In public comment before the presentation, Seventh Street resident Mitchell Treadwell said the erosion underneath the retaining wall “is not surprising in the least” given the high water levels. But he said the southern bank is the preferred place to fish because of a lack of overhanging trees and limbs on the north side of the river.

Doyle said one of the proposals for a more natural restoration of the Boardman River along that stretch would feature greater access while pushing pavement and parking further back from the river.

Softening the river’s edge has long been a city goal, Carruthers said after the meeting. But he was concerned about losing parking if the alley in the 100 block is narrowed, and said any lost spots there would need to be replaced.

Relocating the sewer line would require replacing service lines to the buildings as well. Doyle said that could stop groundwater from infiltrating the aging system, which may date back to initial construction of the retaining wall in the 1930s.

Krueger, who will help present the report to city commissioners Monday, said he’s hoping to have a final design for the fix by the end of spring and wrap construction within a year. The sewer line entanglement adds some urgency to the project.

“If it was just the wall, that would not be good, but the fact that the sewer is basically structurally connected to the foot of the wall, that makes it more critical,” he said.

That desired timeline could rule out a potential Federal Emergency Management Administration grant aimed at building resilient infrastructure, Krueger said. But it’s only one of several possible funding sources Krueger and others with the city are considering, including state grants and loans.

Carruthers said it’ll probably take a patchwork of funding sources, be it the DDA, city and state. A special assessment on property owners is another possibility.

Both Carruthers and city Commissioner Ashlea Walter said the city needs input from the DDA’s Lower Boardman River Leadership Team on how to fix the walls.

Walter also hopes to learn more about cost figures, including for the alternatives, when she hears the presentation Monday, she said. The city doesn’t seem to have many options on what she agreed is a pressing fix.

“Our water needs to be protected and ... our river there is sacred, and we need to fix that sewer line,” she said. “So I see it as a very high priority before something catastrophic happens, it’s just where do we bring in the funding sources for that?”