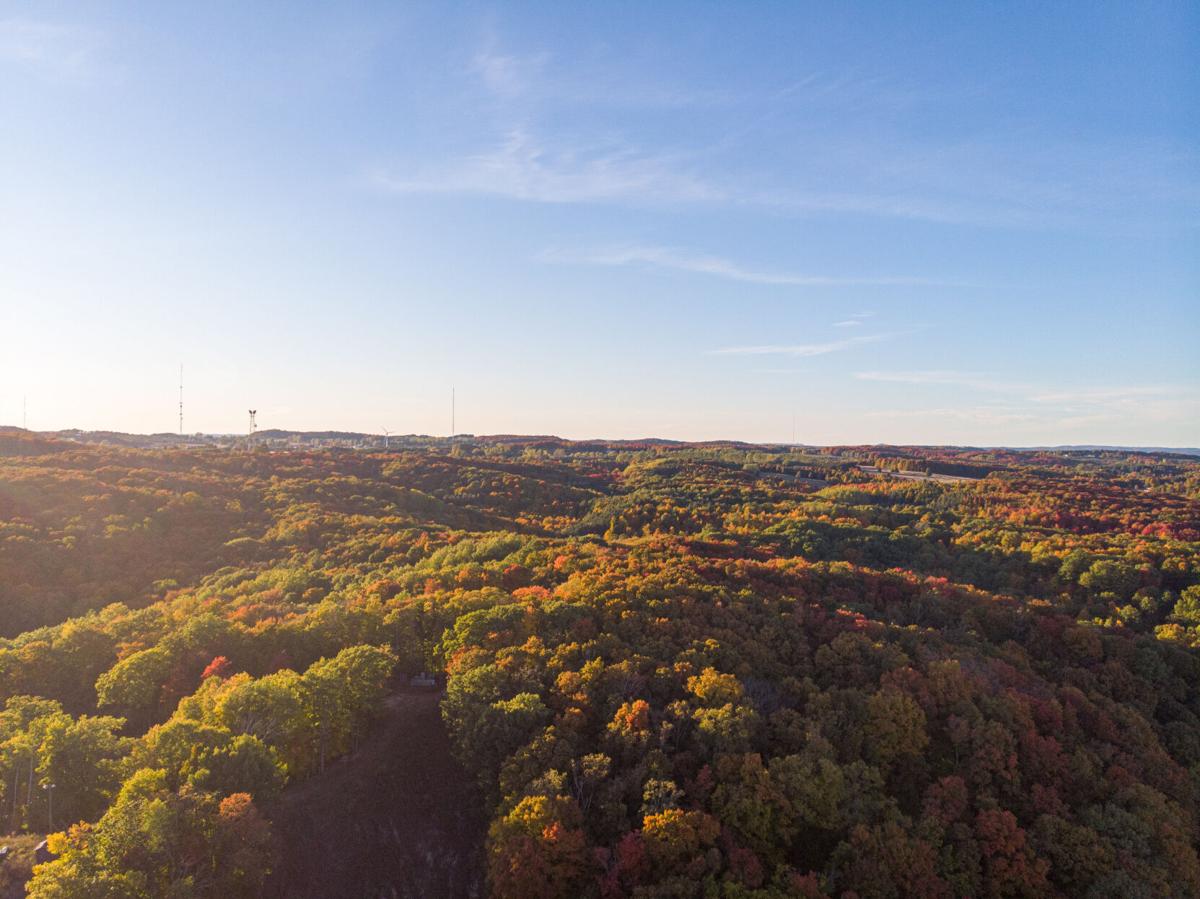 The Kroupa Property, shown from aerial photography, Friday, Oct. 9. Acquiring the property is one reason the Traverse City and Garfield Township Recreational Authority wants a renewed operating millage, on the ballot Nov. 3. 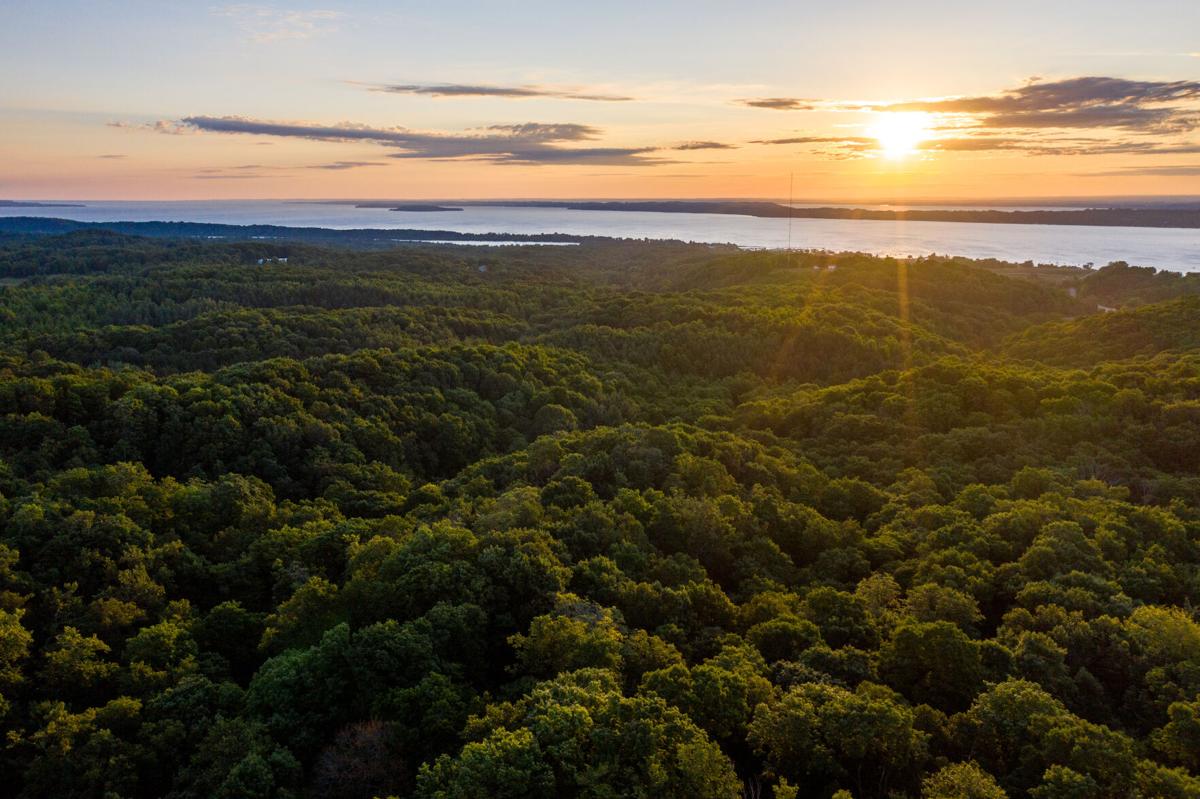 Another aerial view of the Kroupa property taken from the west, with Grand Traverse Bay in the background. 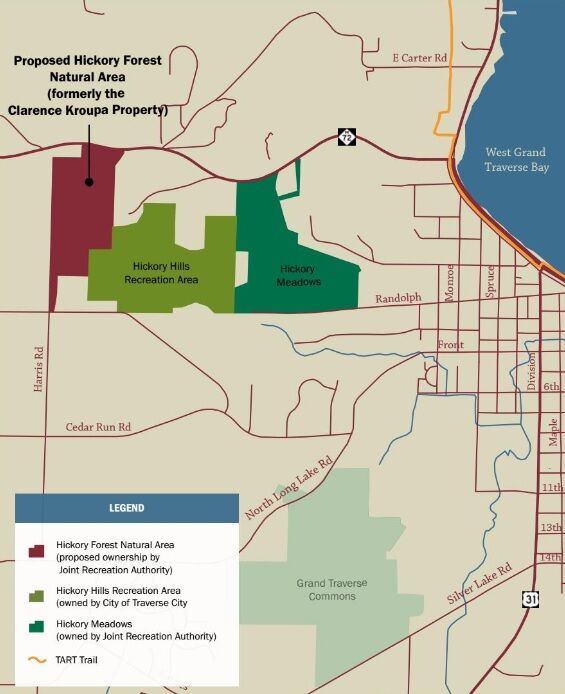 The Kroupa Property, shown from aerial photography, Friday, Oct. 9. Acquiring the property is one reason the Traverse City and Garfield Township Recreational Authority wants a renewed operating millage, on the ballot Nov. 3.

Another aerial view of the Kroupa property taken from the west, with Grand Traverse Bay in the background.

But donors, grantmakers and others are already thinking twice before cutting a check to the authority, and now it has an opportunity to acquire nearly 80 acres of pristine hillside land, authority Executive Director Matt Cowall said.

So the authority is asking both city and township voters on Nov. 3 to renew its operating millage for another 20 years, and eventually up it to 0.3 mill from its current 0.1-mill rate — the actual levy is slightly less.

Cowall said the authority already collects the operating millage plus a 0.33-mill levy to pay off the debt from buying the three properties it manages — Hickory Meadows, Historic Barns Park and a piece of land between the city volleyball courts and the Open Space.

Authority board members already pledged to levy the renewed operating millage at 0.15 mill and not raise it to its full rate until that debt’s paid off in 2024.

“So when the debt levy falls away, the authority would have the ability to levy up to 0.3, but that will actually be a lower tax rate than what folks are paying right now, because that debt service will be gone,” Cowall said.

The renewed operating millage, once levied in full, would take in roughly $644,000 a year, according to ballot language. The full levy would cost the owner of a home with a taxable value of $150,000 an extra $45 a year.

Voters in both Traverse City and Garfield Township must approve the renewal for it to go forward, Cowall said.

The Grand Traverse Regional Land Conservancy has an option to buy the land, and could seek a Michigan Natural Resources Trust Fund grant to buy it, as previously reported.

Mike Groleau, an authority board member and part of the Friends of Public Lands and Preservation ballot committee supporting the millage ask, said its plant diversity is noteworthy and it’s a valuable part of the Grand Traverse Bay watershed.

“It’s a beautiful spot, and with access off both M-72 and Barney Road, it would be prime for development,” Groleau said.

Participants who weighed in on the recreational authority’s future mostly said they want it to carry on, and seize unique opportunities to preserve more land, Groleau said.

More operating funds would also make it easier for the authority to maintain its existing parks, Cowall said. Take the Historic Barns Park, where charitable giving totaling more than $4 million paid for the vast majority of work there. It took around 10 years to put together enough funds to redo the parking lots and storm water management — currently underway.

Groleau said the authority’s done well in leveraging the money it has toward even more through grants and donations. But the work isn’t done, and public input’s made clear that people want the authority to forge ahead.