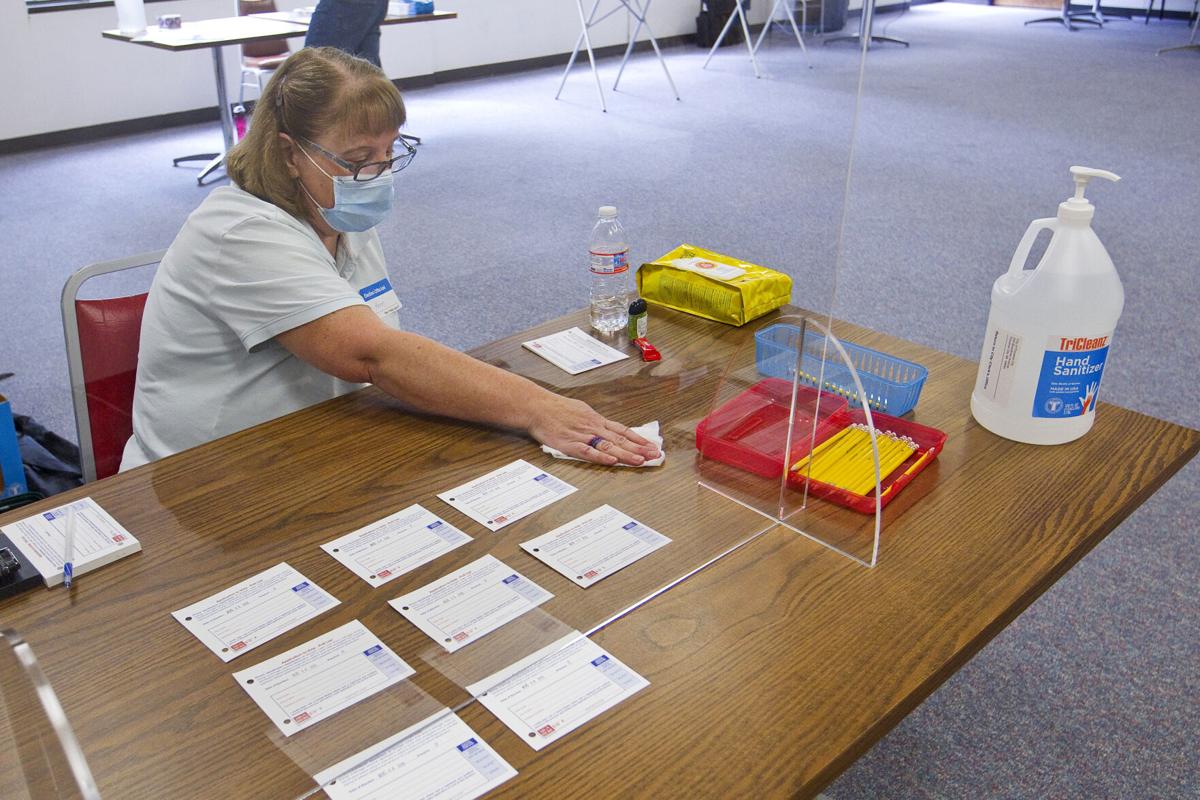 Election Inspector Karen Wade wipes down her table at Precinct 8 inside the Governmental Center on Tuesday in Traverse City. 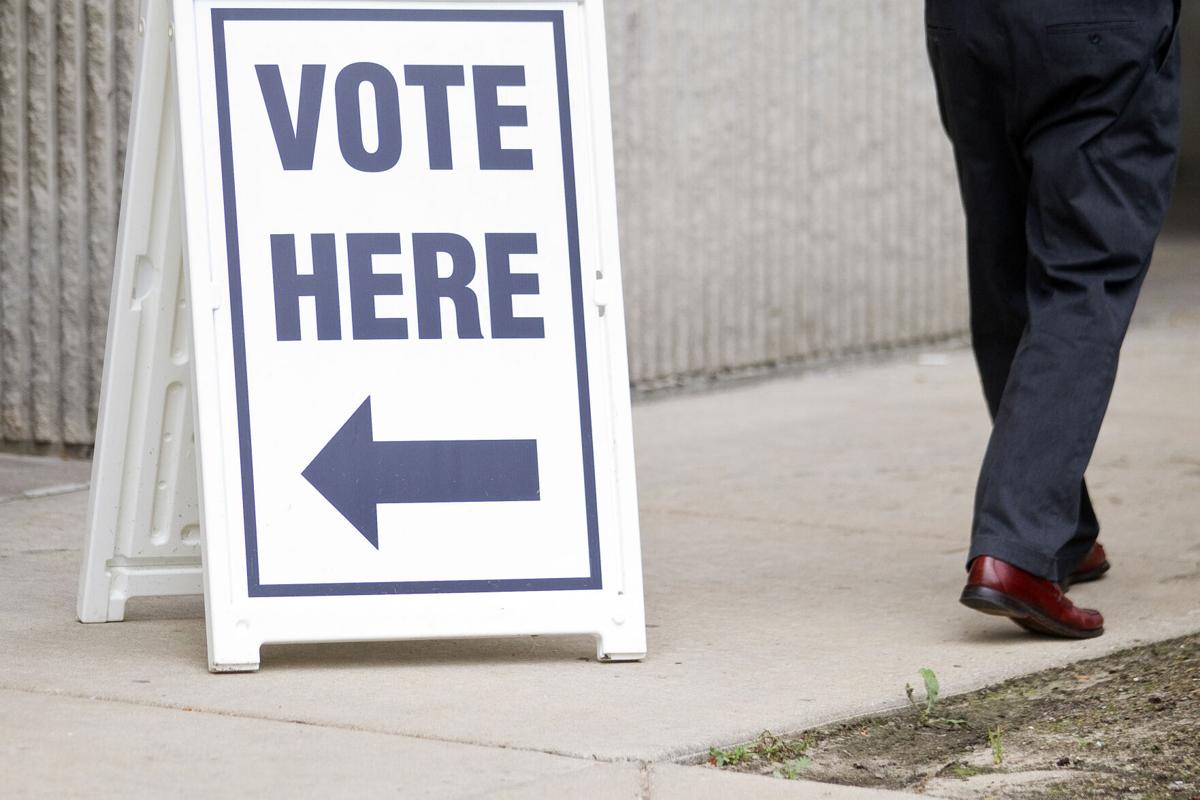 A sign outside the Governmental Center directs voters to Precinct 8 on Tuesday in Traverse City.

Election Inspector Karen Wade wipes down her table at Precinct 8 inside the Governmental Center on Tuesday in Traverse City.

A sign outside the Governmental Center directs voters to Precinct 8 on Tuesday in Traverse City.

Marks on the floor made sure social distancing was observed. Trays with clean pens and pencils along with other trays for used ones sat on the tables.

Hand sanitizer was readily available, as were the traditional "I Voted" stickers, and each voting booth was immediately wiped down and cleaned after someone cast their ballot.

Precautions taken during Tuesday's primary election were set up to curtail any further spread of COVID-19, the virus that has claimed more than 150,000 U.S lives since March.

But that did not stop some, like Traverse City resident Lisa Dopke-LaCourse, from practicing her civic duty.

"This is our Constitutional right, our privilege, our responsibility," said Dopke-LaCourse, who wore a face mask as she entered and left the polls. "Either absentee or in person, you should get here and vote."

Dopke-LaCourse said she felt comfortable walking into the polling precinct after seeing the safeguards in place. Election workers showed up at 5:45 a.m. to set everything up and provide a safe environment for voters coming through.

Connor Miller, the chairman of the 8th Precinct and election inspector, credits the planning and work done by the city clerk's office for preparing workers to handle the primary in a different environment. Miller said they have masks, gloves, disinfectant wipes and two gallons of hand sanitizer to meet — and hopefully exceed — the demand.

Miller called the process different this time around, adding he hoped to provide "the same experience for any voter that's coming in here to vote in person."

Grand Traverse County Clerk Bonnie Scheele said the clerks "beefed up" all of the security measures they can.

"I think a lot of people that are coming into vote are masking up out of respect for the workers," Scheele said.

The flow of voters was steady, Miller said, but the turnout was expected to be lower with more people feeling comfortable voting by absentee ballot.