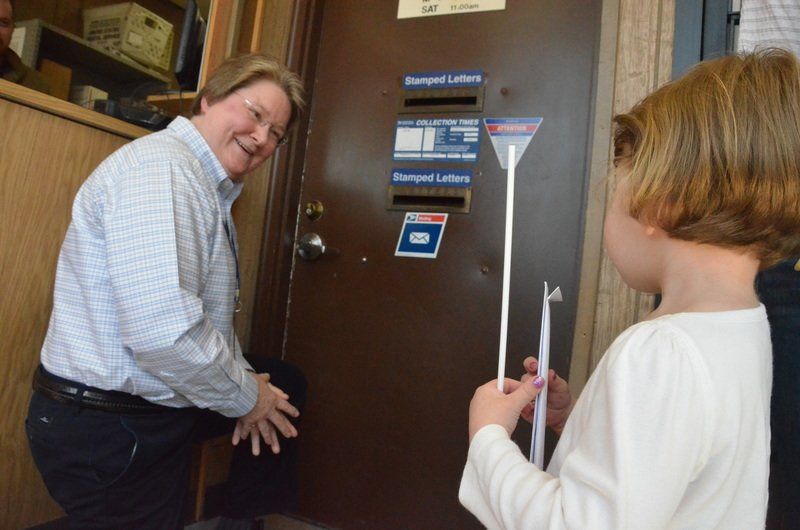 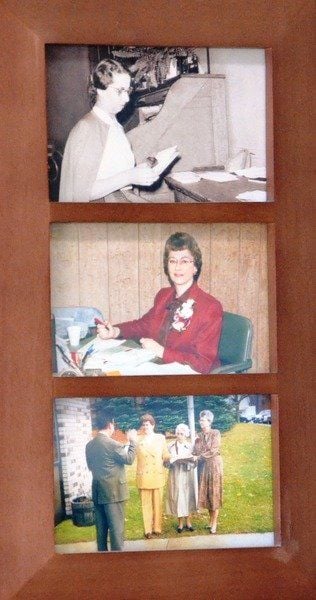 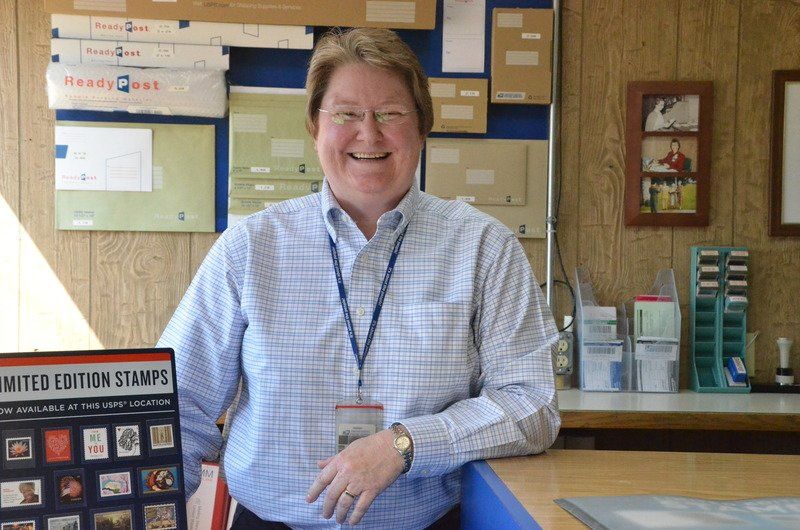 Record-Eagle/Allison BatdorffAmy Carmien became Lake Ann postmaster in 1998, following her mother and grandmother to the helm.

Record-Eagle/Allison BatdorffAmy Carmien became Lake Ann postmaster in 1998, following her mother and grandmother to the helm.

LAKE ANN — Amy Carmien needs a minute. She pauses, unable to speak, fully immersed in a moment remembered, an emotional crossroads of grief and gratitude requiring a splash of cold water on the cheeks.

People kept coming, Carmien recalled. People streamed into her grandmother’s memorial service like an unending river and Carmien realized then what it means to belong to a “community.”

“So many people came to the service. There was such kindness shown. I am still pretty overwhelmed when I think of it,” Carmien said.

Her grandmother, Beatrice Goin, was Lake Ann’s postmaster. She also ran the store with her husband, helped preserve the Ransom Lake Natural Area and always wore a dress, even when running to start the fire engines for the Lake Ann’s volunteer firefighters.

Goin’s daughter, Vera, was also Lake Ann’s postmaster; she now heads up the Almira Historical Society Museum and stops regularly at the post office to “check on” the current postmaster — her daughter, Amy.

“We like to keep tabs on her,” Vera laughed.

Carmien, 51, said she’s proud to serve her community, like her mother and grandmother before her. Three photos, each woman at the helm, stand in single frames behind the post office counter. There were postmasters between them, yet each woman in Carmien’s family recognized the job’s value.

“There’s nothing like serving your own community — where you see not just families, but generations of families,” Carmien said, sandwiching comments between greetings to customers. It’s a small post office in a small town (population 266, said the U.S. Census Bureau), but it can bustle.

One man tells her about the onions he planted. Another asks after her mother. Many are snowbirds, returning home for the summer to stuffed mailboxes and package slips.

But a younger Carmien yearned to fly the coop, intrigued by a reference to pilot Amelia Earhardt as the “girl in brown who walks alone.” Carmien began working on her private pilot’s license at Cherry Capital Aviation in high school.

”I was very young; I soloed before I could actually drive,” Carmien said.

She later attended Embry-Riddle University’s aviation maintenance technology program, and worked for the National Transportation Safety Board in Washington, D.C., and Chicago.

She returned to Traverse City years later to become a rural carrier associate. Her family both supported her urge to fly, and well understood her reasons for returning, Carmien said.

”Interests change as time goes on,” Carmien said. “Course I couldn’t wait to leave. It takes a while before you realize the advantages of where you grow up. It helps you evolve.”

She worked her way up the management ladder, becoming Kewadin’s postmaster, and when the Lake Ann post became vacant, she requested a lateral transfer. Her grandmother bought ornate post office boxes for the village; her mother takes care of them in the museum, she keeps the post office humming.

The job has changed, but the heart to serve hasn’t, Carmien said.

”The postal service has been nothing but good for our family,” Carmien said. “You show up early and you go home late if that’s what it takes to get the job done.”

Women frequently have served as postmasters in the U.S. Postal Service; the first female Postmaster General was appointed in 2014.