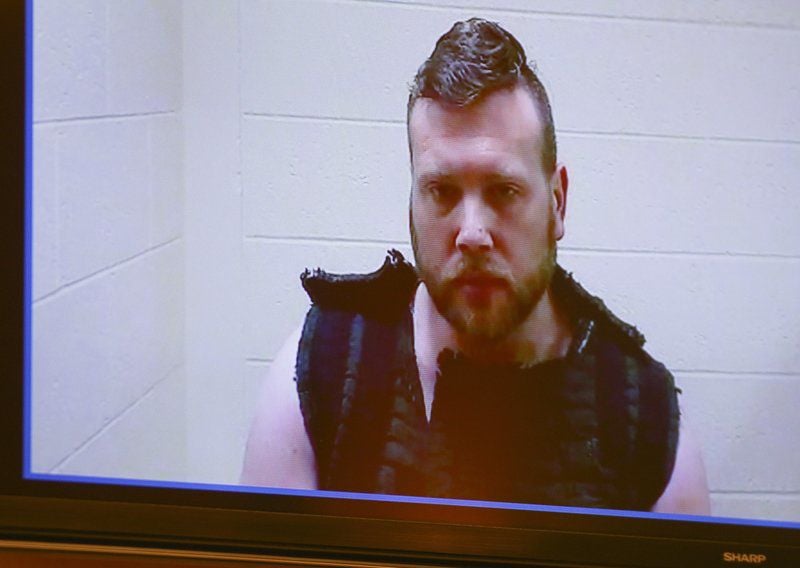 Christopher Cox appears before Magistrate Tammi Rodgers for a video arraignment on Monday, April 1, 2019, in the 86th District Court, in Traverse City. Cox is charged with two counts of criminal sexual conduct and delivering or manufacturing methamphetamine. 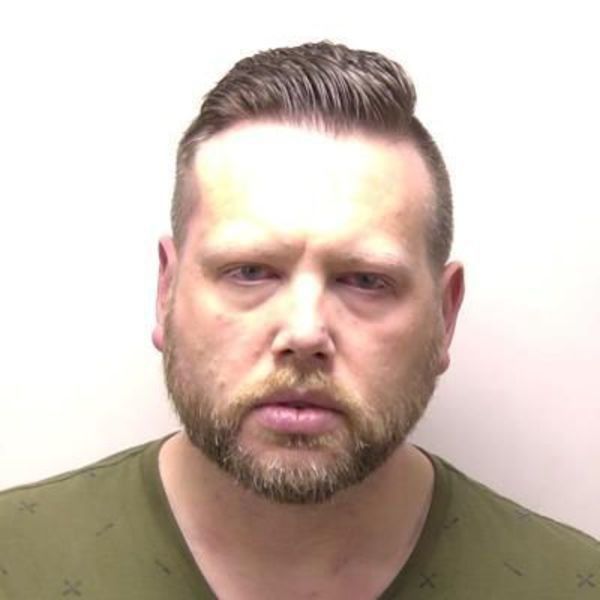 TRAVERSE CITY — A local pastor faces sex crime charges after two men claim he gave them methamphetamine and raped them.

He listened while Chief Magistrate Tammi Rodgers announced his charges: two counts of first-degree criminal sexual conduct and a delivering or manufacturing methamphetamine count. He entered a not guilty plea.

The men claimed Cox lured them separately to either a home or Traverse City office before giving them meth and forcing himself on them.

Paul Jarboe, Cox’s attorney, said his client refutes the allegations. Jarboe had just learned the charges and preliminary allegations Monday morning. He expects to review police reports and complete his own investigation.

Cox was arrested Saturday in Muskegon, where he was found to be in possession of meth, according to Grand Traverse County Prosecutor Noelle Moeggenberg.

Cox received a prior prison sentence out of Chicago in 2006 for delivering methamphetamine, according to records.

Michigan State Police investigators interviewed a 19-year-old man who claimed Cox contacted him March 12 looking for a “drug buddy,” according to court records. Cox promised the man — who was homeless at the time — drugs and women if he came back with Cox to his home, the man claimed.

Cox gave the man meth to smoke and “CBD shots,” making the man “extremely inebriated,” according to a probable cause statement. Cox raped the man numerous times over the course of several hours that night, according to the account.

The accuser said Cox dropped him off at Safe Harbor the following morning, threatening to kill him if he told anyone about the night prior.

Mike McDonald, chairman of Safe Harbor’s executive board, said homeless people are much more likely to be victimized than the average person.

“It’s appalling to me that something like this could happen to anybody under any circumstances, especially by someone who purports to be a minister,” McDonald said.

A second man told troopers that Cox gave him meth sometime in October 2018 at Cox's office in Traverse City — Moeggenberg did not immediately know the location. Like the account given by the other man, Cox gave the man meth and waited until he was high, drunk and incapacitated before assaulting him, despite the man’s efforts to fight him off, records show.

The man told Michigan State Police troopers that Cox stopped several hours later, claiming he had to get back to his wife and child.

“Based on what I know, I would be surprised if there weren’t more victims,” Moeggenberg said.

Long Lake Church members likely will meet to decide whether to discharge Cox from his pastorship.

“I can’t imagine that he’d come back,” church elder and clerk Jerry Dennis Sr. said. “All we can do is to stay alive, find another (pastor) and hope that this makes us stronger.”

Detectives interviewed some members closely affiliated with Long Lake Church about Cox last week. Dennis said they had no knowledge of any of the allegations against Cox before then.

"Total shock is the only thing I can tell you," Dennis said. "This is not the Christopher Cox that I know. Christopher is one of the most talented, intelligent people I've known in my lifetime. For this side of him, I find it to be almost inconceivable.

"This has just disrupted our whole life.”

Cox is a former member of the Benzie Area Symphony Orchestra Board of Directors — a post he briefly held in 2015. He also is a former director of mission advancement and admissions for Traverse City Christian School and president and founder of Imprezza Marketing LLC, of Traverse City.

— Brendan Quealy and Patti Brandt Burgess contributed to this report.