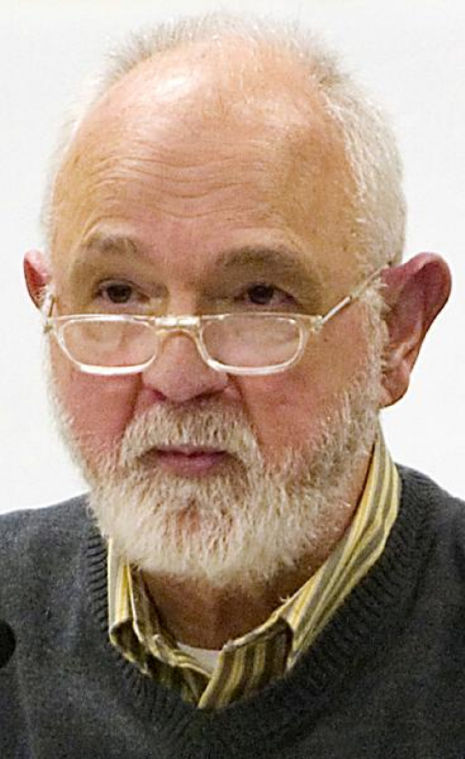 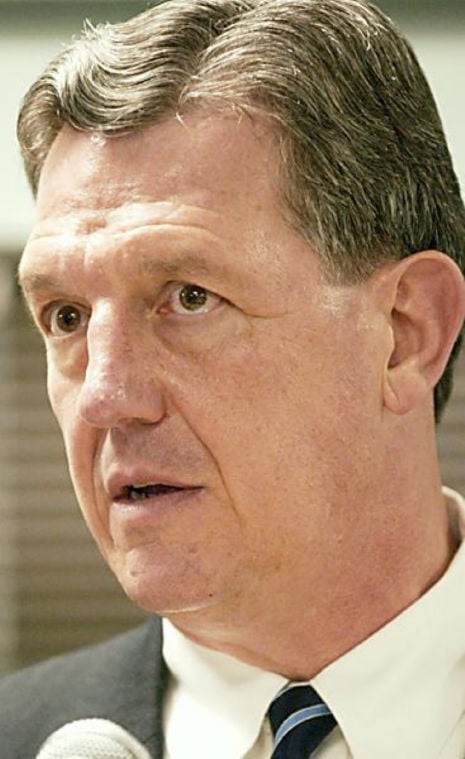 TRAVERSE CITY -- Closed-door meetings with school board members used to be the only way James Feil was evaluated as superintendent of Traverse City's public schools.

Feil will break from tradition this year and add to his review a 44-question survey -- sent to respondents of his choosing.

Several recipients said they don't know why they were chosen. Feil said he wanted a pool that included a mix of people with varying levels of experience in the district.

"I wanted to make sure that I had a large-enough number of people, people who I feel are credible that I wanted good feedback from," Feil said.

He would not disclose how many of the 82 recipients participated, nor how the results will be presented to board members.

The board ultimately is responsible for hiring and evaluating a superintendent, and still will issue a written performance report this month. But members said the survey is a form of self-evaluation, and Feil selected people he believed would give objective feedback.

"I don't feel that we've given away any responsibility," board President Fred Tank said. "What we wanted was for him to have ways of finding out how the people that he works for perceive the job that he's doing."

The board will judge whether it was successful, Tank said. If so, he hopes it becomes a model used elsewhere in the district.

Feil will share the online results as a composite, with individual answers left anonymous, according to an e-mail sent Nov. 4 from Feil's executive assistant to selected respondents.

"The assumption will be that these people believe that he is trying to grow and they will do their honest best to help him," Tank said. "I don't think it will just be all positive. I think people will be honest."

Not everyone is convinced.

Allowing Feil to choose his respondents is more akin to a job resume than an objective evaluation, said Tom Menzel, executive director of the Bay Area Transportation Authority, who filled out a survey.

Menzel said he's had positive, but limited, interactions with Feil and could not answer all the questions because he had nothing from which to base an opinion.

The board should give the most weight to its own "in-depth, performance-based" review, he added.

"Those kinds of surveys are nice to do and nice to have, but the board cannot push off its responsibility for evaluating its chief executive to anyone else," Menzel said. "Has anyone ever given a reference that isn't good?"

The survey will give the board more input than it has had during past reviews, board member Megan Crandall said, but she will weigh the results with the names on the list.

It is not a cross-section of the community, she said.

"It's a group of people that I would expect Jim to be comfortable with," Crandall said. "I would certainly expect that it's going to be favorable."

Asking someone being evaluated to form his own respondent list is not an uncommon practice in leadership, said Doug Luciani, president and chief executive officer of the Traverse City Area Chamber of Commerce.

People who work closely with an individual offer the best feedback, said Luciani, who took the survey and called Feil "a strong leader and a strong advocate" for education.

"It really doesn't do you much good to pick a bunch of backslappers," Luciani said. "His board knows who he sent this to and can take that into consideration themselves."

The list includes Paul Soma, the district's chief financial officer, who would not comment on the survey or his answers because he is "not well-versed enough" in such evaluation tools to know how they are useful.

It includes Libby McKay, a parent of a child in the Talented and Gifted program at Central Grade School. She was disappointed in the elimination of the third-grade pilot program this spring and is concerned the entire program could be cut.

"I have been pleased with my interactions with the administration," she said. "I do think they take our input into consideration, and that is certainly not how many people feel."

And it includes Diana Lyon-Schumacher, a West Senior High math teacher and a Traverse City Education Association representative. She thought the questions comprehensive and her answers fair.

She would not discuss her responses, since they will be reported anonymously, but said she will stand behind them if they surface publicly.

He would not identify suggestions for growth, even though some participants said the survey is used for that purpose.

"I didn't see that, as part of the evaluation, that it was my role to offer areas of improvement," Hill said. "That's the board's responsibility."

Leaders of the transportation and principals' unions were asked to respond, but neither TCEA President John Scrudato nor Vice President Mary McGee-Cullen were invited.

Teachers settled a contract with administrators this year after lengthy and contentious negotiations. Both were vocal at public meetings during the process.

"I would be extremely surprised if I had received a survey," Scrudato said. "He's probably a wonderful guy. I do not believe at this point he's shown that he's a good fit."