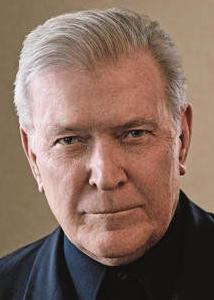 Terry McDonell was inducted into the American Society of Magazine Editors Hall of Fame in 2012. He will speak in Traverse City on Oct. 13 about his memoir, "The Accidental Life," and give feedback on a few magazine pitches. 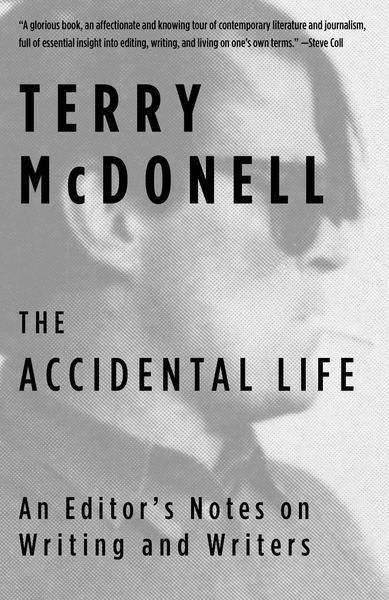 Terry McDonell was inducted into the American Society of Magazine Editors Hall of Fame in 2012. He will speak in Traverse City on Oct. 13 about his memoir, "The Accidental Life," and give feedback on a few magazine pitches.

TRAVERSE CITY — It won't be just his story that's center stage when Terry McDonell comes to town on his book tour; he'll entertain yours.

The long-time editor of such national publications as Rolling Stone, Outside, TIME, Esquire and Sports Illustrated will critique a few magazine pitches from the audience in his Oct. 13 National Writers Series appearance.

He doesn't recall picking up Doug's first submissions, but remembers giving the Traverse City author one of his first journalism assignments — a profile on singer John Mellencamp.

"I thought there would be this Midwestern connection," McDonell said. "Turned out Doug barely knew who John Mellencamp was."

In the end, Doug's piece on Mellencamp was the first of many assignments for McDonell, who has worked with the most influential long form writers of last half century, from Ed Abbey and Hunter S. Thompson, to Gay Talese and Joan Didion.

McDonell's magazine career forms the basis of "The Accidental Life: An Editor's Notes on Writing and Writers." The 2016 collection of vignettes features career-based chapters like "Sans serif," "Deadlines" and "Covers, Newsstands, Hits" interwoven between those detailing his relationships — and often adventures — with his writer friends. The back of the book includes some photo evidence of their fun.

Two photos — one from 1970 in Lake Leelanau and one from 2007 — are of author Jim Harrison, a man notoriously hard to edit, McDonell wrote.

"His raw copy was usually so ambitious that I usually just checked the copy edit and wrote the headline," McDonell wrote. "We talked of other things like what we were having for dinner, as well as what we were reading. My working relationship with Jim and other writers, my growing friendships with them, was nourished by even the mundane details of their lives."

Harrison wrote to McDonell on Doug's behalf — "though I'm sure it was much raunchier than that," Anne said — and helped open the door to his magazine career, she said.

This interactive, "pitch" element to the Oct. 13 event could be a way to help other ambitious writers and McDonell always has good advice, like, "Avoid sameness, shun formula. Let it rip,” Anne said.

Their "writer friends" are always asking how to break into national magazines and make an actual living as a writer, she said.

"It's a great opportunity," said Anne. "There are always people who want to break into national magazines and now they have the opportunity to be face-to-face with someone who had the power of 'yes or no' every day."

McDonnell said he's looking forward to it, and offered these words about pitches, which are admittedly "tricky."

"What always made me confident that something would work was the level of interest a person had on the subject, something they had grown up with, something they had been keeping string on and were informed on the deepest possible level on what they were to write about," McDonell said. "However, you don't need that, but it's really nice to have, along with the qualities of the story, access and narrative voice. Somehow it all has to come together in the pitch, even if it's just a paragraph."

Pitches can be emailed to nws.astanton@gmail.com by Oct. 9.