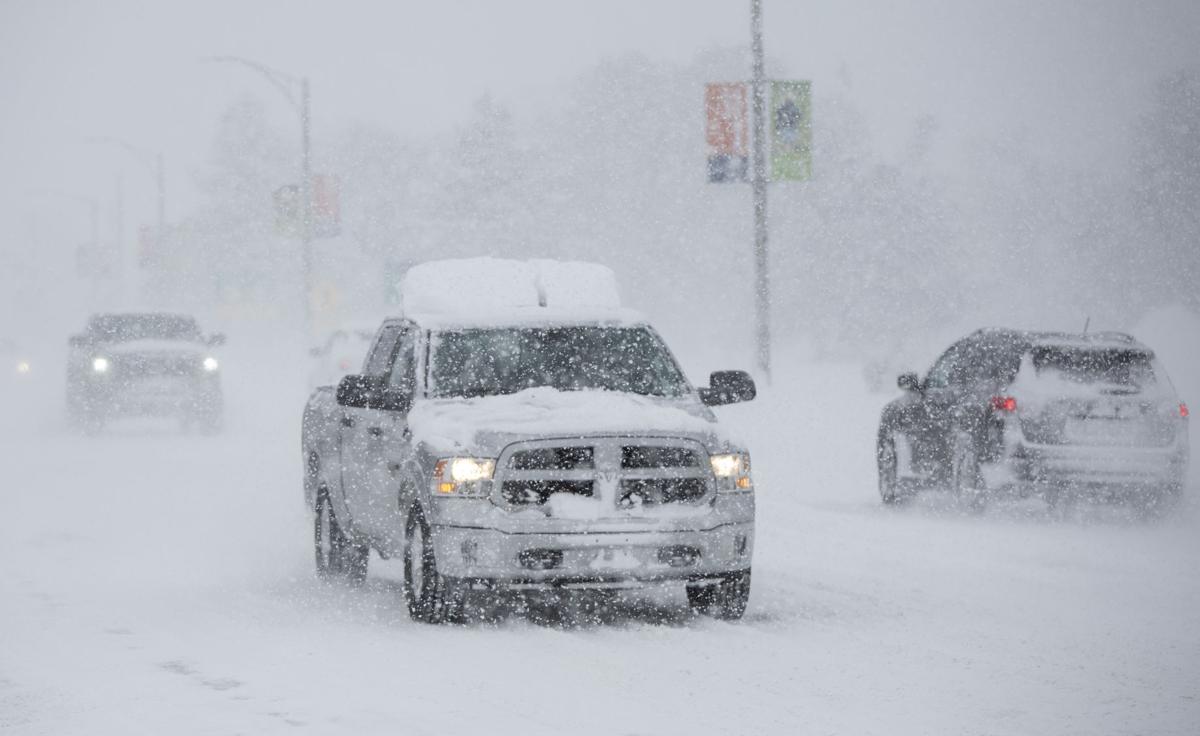 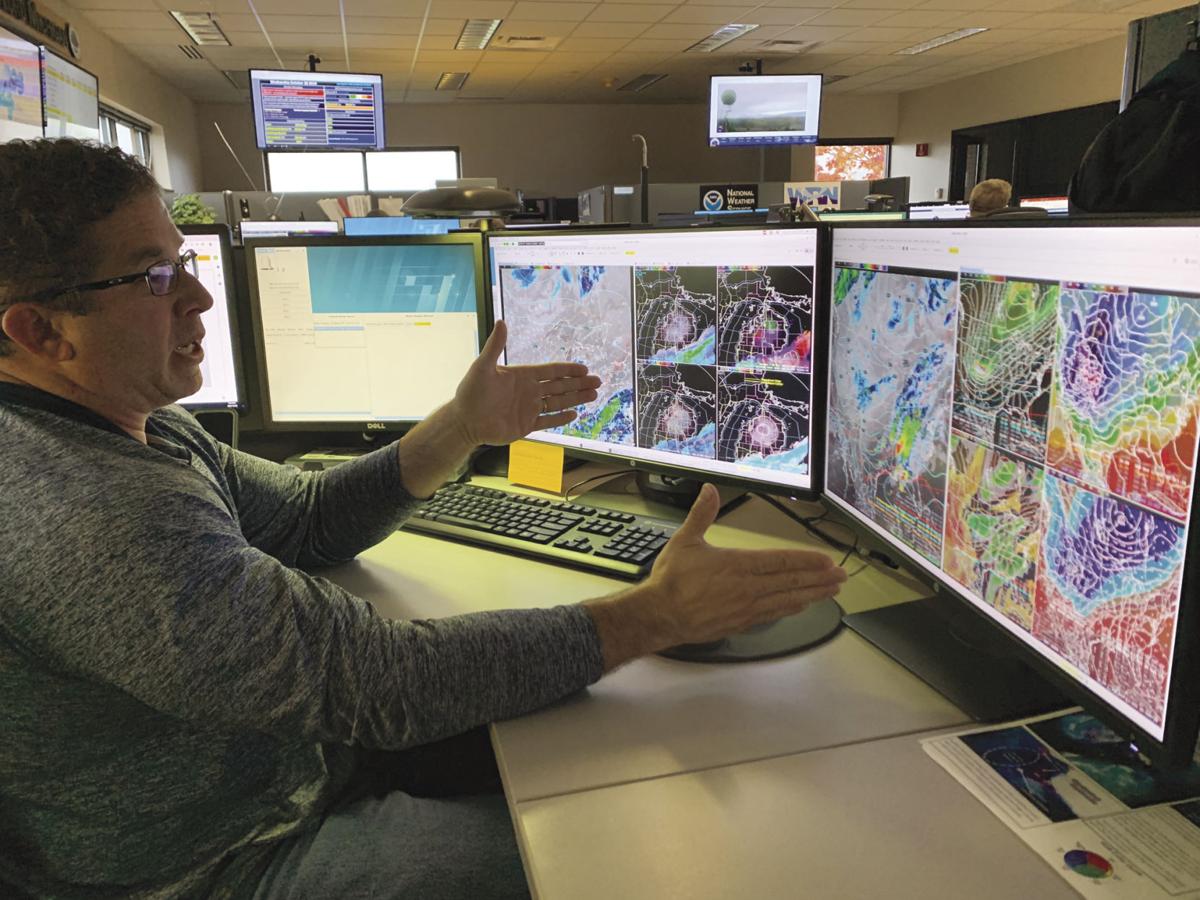 Meteorologist John Boris, science and operations officer at the National Weather Service station in Gaylord, talks about how forecasters can predict incoming winter weather conditions that can impact motorists.

Meteorologist John Boris, science and operations officer at the National Weather Service station in Gaylord, talks about how forecasters can predict incoming winter weather conditions that can impact motorists.

TRAVERSE CITY — Many residents of northern Lower Michigan from the Mackinac Bridge to Traverse City noticed their mobile phones squawking all at the same time Tuesday morning.

It was the region’s first emergency warning system message for a snow squall alert, a new special announcement effort rolled out this winter by the National Weather Service.

Snow squall alerts are meant to help motorists by bridging the gap between major storm warnings and smaller weather events that may have big impacts on the roads.

More than 100 comments piled up on the Record-Eagle’s Facebook page when readers were asked for their thoughts.

“It’s northern Michigan, we should have snow squalls and storms, and we sure don’t need a warning,” he said. “It’s not a tornado. It went off when I was in the grocery store and the sun has been out all afternoon. What will we think of next?”

Reader Gary Gatzke thought it was overkill for the quickly-changing condition.

“It was a bit much. Maybe save an alert like that for the apocalypse,” he wrote.

Some folks appreciated the warning, though.

“I think the warning system is brilliant! Just because in my area it wasn’t all that bad this time (thankfully) it helped to know the time frame this was expected,” wrote Debra Taylor of Traverse City. “It helped with my travel plans to go to work, whether I needed to go out a little earlier, or if I had time to wait it out. So, I for one appreciated it!”

Kluczynski said the road commission called in employees to check all the snow routes and were already in action by the time the alert sounded.

“We were experiencing the conditions 20-25 minutes on the west side of the county before the alert went off,” Kluczynski said. “We had already known about it.”

“I don’t know (if it was helpful or not). It made my phone go off. It was like a symphony of phones in our office. I was in my office and I was on the phone,” said Grand Traverse County Sheriff’s department Lt. Brian Giddis.

“I guess if you’re out traveling, maybe it would be helpful? But me personally, it was just a phone distraction. I turned and looked out the window was was like ‘Wow, it’s really snowing hard.’”

Traverse City Police Department Lt. Erich Bohrer said it seemed like a lot of noise for nothing and it didn’t affect how officers patrolled.

“You know, it’s northern Michigan, put it in four-wheel drive and go,” Bohrer said. “It was a big warning, and nothing to follow.”

Officials at the NWS station in Gaylord said they learned some lessons from Tuesday’s snow squall alert.

“We got a lot of feedback,” said John Boris, meteorologist and science and operations officer at the federal weather station.

He said it seemed there was abundant confusion among area residents about what the alert was meant to convey.

Grand Traverse 911 even posted on Facebook to assure area residents the alert was legitimate.

, advise snowfall across the region created poor visibility conditions and encourage motorists to make sure headlights were turned on.

He said this week’s alert area stretched across the entire tip of the mitt and warned of a narrow band of snow that ended up being much heavier in the Straits of Mackinac area. Perhaps it was too big of an alert zone, he said.

Boris said weather officials learned two main lessons from this week’s snow squall alert: they should be more judicious about when they issue the alerts in the future; and, the geographic scope should be narrower.

“We want to warn people. We don’t want to annoy people,” Boris said.

The emergency alert system can be turned off on mobile phones’ settings, just as with Amber and public safety alerts.