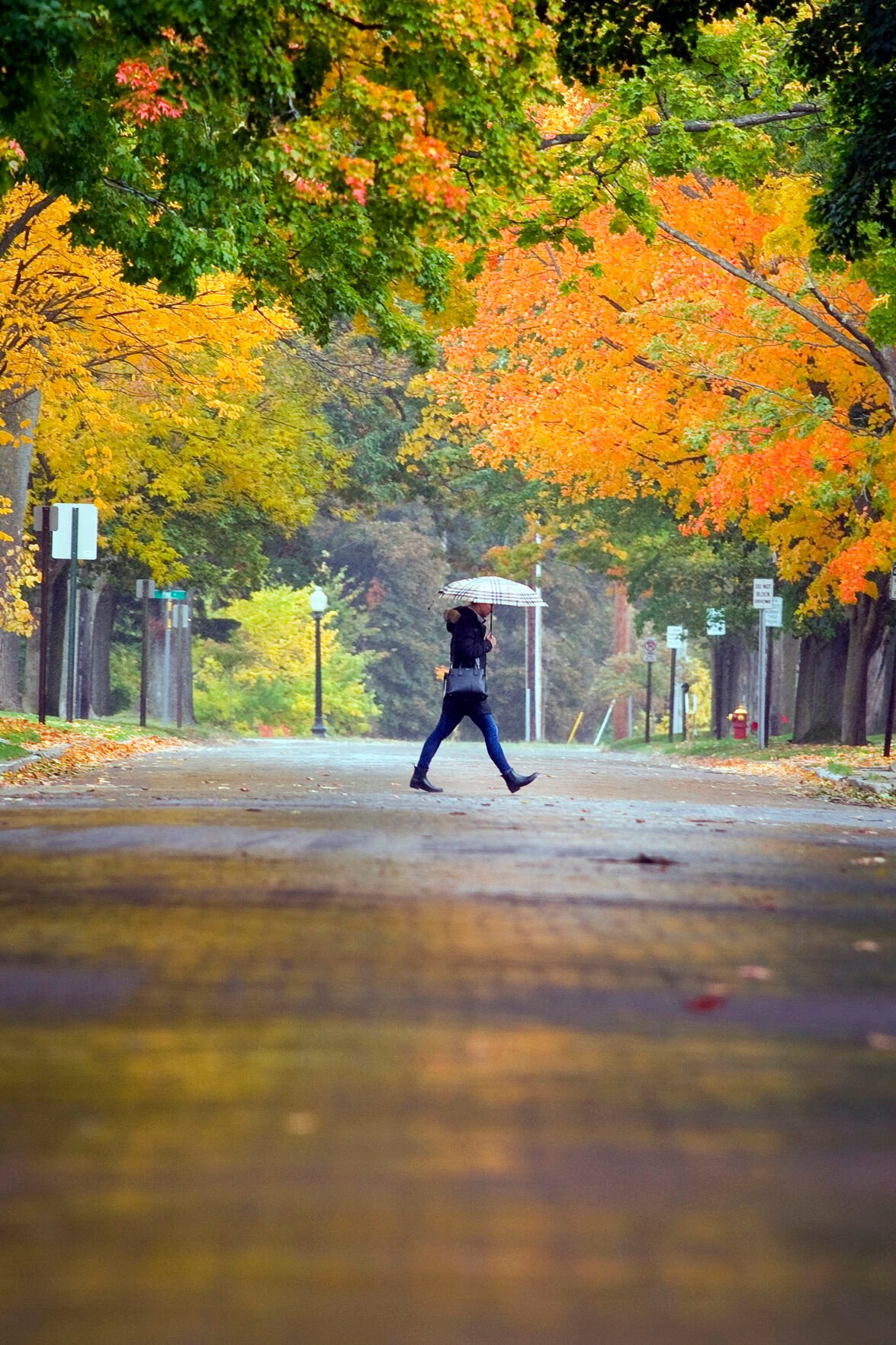 A pedestrian on Wadsworth Street crosses Sixth Street on a rainy Thursday afternoon in Traverse City. 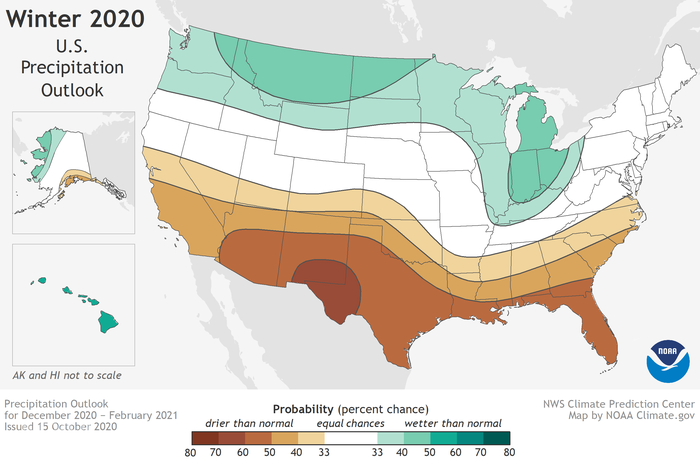 A pedestrian on Wadsworth Street crosses Sixth Street on a rainy Thursday afternoon in Traverse City.

The high-tech climatology computer models said so. And in fact, the first flakes in northern Michigan are expected to fly on Friday morning in the local snow belt region, scientists said.

Michigan and the Great Lakes are well-within the wet zone.

“The outlook does show far above average precipitation over all of the lakes,” Halpert said Thursday during a conference call with reporters.

However, he said for Michigan and the Great Lakes, it’s a “toss up” whether it will be a colder or warmer than average winter.

Only Washington, northern Idaho, Montana, the Dakotas and northwestern Minnesota, are expected to have a colder than normal winter, forecasters said.

While those areas west of the Great Lakes will certainly be colder than normal, climate scientists said they just don’t know about the heart of North America’s freshwater inland seas.

“The character of the winter is yet to be decided in how the jet stream will set itself up,” Halpert said.

He also said he doesn’t expect the dreaded polar vortex to be much of a factor in the U.S. this year, except maybe in the Northern Plains and Great Lakes.

The vortex is the gigantic circular upper-air pattern that pens the cold close to the North Pole. When it weakens, the cold wanders away from the pole and brings bone-chilling weather to northern and eastern parts of the U.S.

While Halpert doesn’t see that happening much this winter, an expert in the polar vortex does.

Judah Cohen, a winter weather specialist for the private firm Atmospheric Environmental Research, sees a harsher winter for the Northeast than NOAA does. He bases much of his forecasting on what’s been happening in the Arctic and Siberian snow cover in October. His research shows that the more snow on the ground in Siberia in October, the harsher the winter in the eastern United States as the polar vortex weakens and wanders south.

Snow cover in Siberia was low in early October, but it is catching up fast and looks to be heavier than normal by the end of the month, he said.

Regardless of temperature across the Great Lakes Basin, the climate outlook clearly predicts more than normal precipitation is a certainty, experts said.

“For us, that will mean snow,” said Dan Cornish, meteorologist at the National Weather Service station near Gaylord.

He said snow flurries may even happen Friday morning in places like Mancelona, Gaylord and Kalkaska — elevated inland areas away from the shoreline.

Meanwhile, the December through February outlook shows chances for as much as a 50 percent more than normal precipitation for all of Lower Michigan and the eastern half of the Upper Peninsula. In fact, those wet conditions are expected to delve all the way down into the Ohio Valley, maps show.

Other parts of the country will continue to experience widespread drought conditions, scientists said, particularly the western half of the continental United States where above normal temperatures also are expected through winter.

It would be fair to say drought conditions in those areas are expected to worsen through the coming winter months, said David Miskus, meteorologist and drought expert at NOAA’s Climate Prediction Center.

But in the Great Lakes, Halpert said the approaching La Niña winter may well exacerbate already high water levels causing erosion issues up and down the state’s thousands of miles of freshwater coastline.

“A lot of it is really going to depend on what happens in the coming months,” said Deanna Apps, physical scientist with the U.S. Army Corps of Engineers’ Detroit District office.

La Niña refers to the periodic cooling of ocean surface temperatures in the central and east-central equatorial Pacific. Typically, La Niña events occur every 3 to 5 years or so, but on occasion can occur over successive years, according to the NWS.

Currently elevated Great Lakes water levels should be expected to take several months if not years of drier than normal conditions to return back to average high water marks, Apps said.