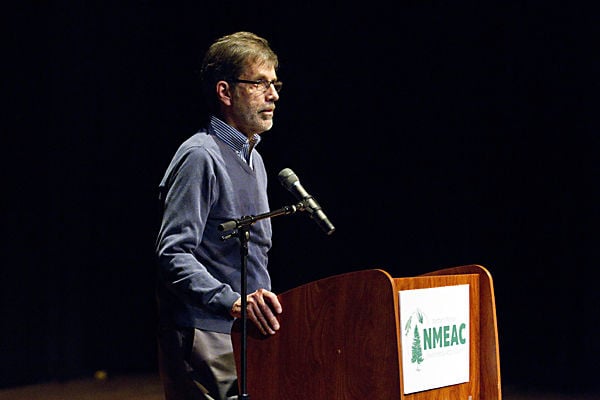 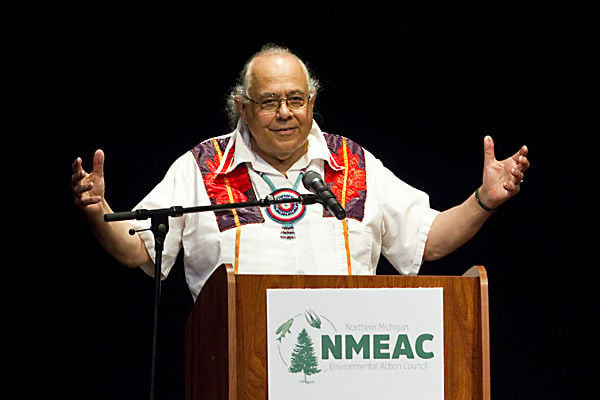 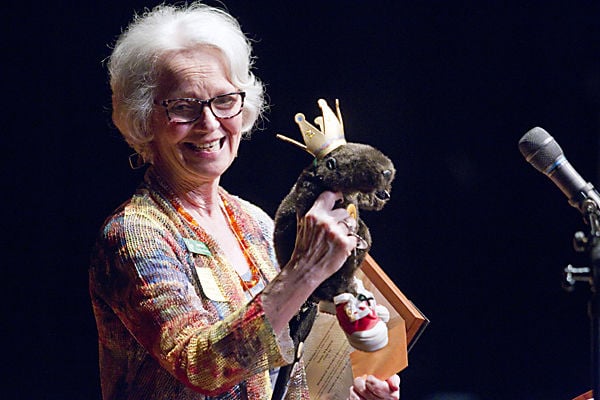 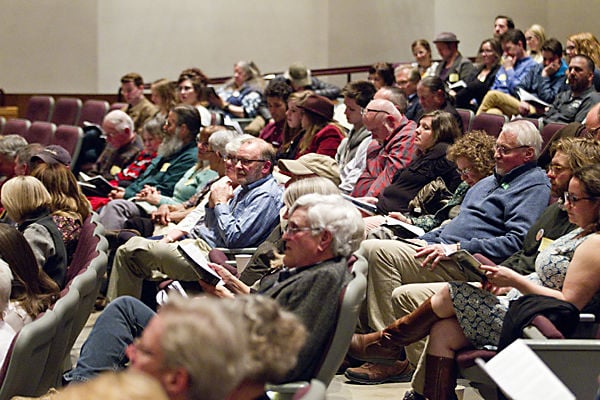 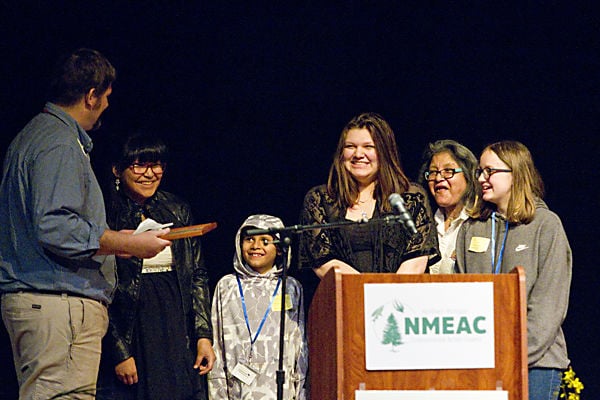 TRAVERSE CITY — Shutting down Line 5 and protecting the Great Lakes were at the forefront of the Northern Michigan Environmental Action Council Environmentalists of the Year Awards.

Environmental activists from all over northern Michigan packed into the Dennos Museum and the Milliken Auditorium on Friday night to be recognized for their efforts to preserve the natural environment through citizen action and education. Those who spoke did so about the fights of the past, the fights now and the fights still to come to keep environmental advocacy and action in prime form.

Frank Ettawageshik, executive director of the United Tribes of Michigan, was the night's keynote speaker. His message was clear and simple: find a personal connection to the environment and find a personal way to protect it.

"I go back to that idea of seven generations, that idea that we are not only looking forward seven generations but we're looking backwards as well. Each of us is someone's seventh generation," Ettawageshik said. "The single best goal that any of us could have in our hearts and mind going forward is that we need to make a pledge to ourselves that we will do our absolute best to be a good ancestor."

Greg Reisig, NMEAC co-chair and the evening's emcee, said all of the nominees were "just amazing people doing amazing work in our region."

"We consider all the nominees to be winners," Reisig said.

Dave Dempsey, who has helped shape policy for conservation and the preservation of the Great Lakes as the senior adviser for FLOW (For Love Of Water), was honored with the Clarence Kroupa Award, which is the lifetime achievement award named after the first recipient of the Environmentalist of the Year award 31 years ago. Dempsey, who was also nominated as the Professional Environmentalist of the Year, said it was beyond an honor to be given an award bearing Kroupa's name.

"NMEAC has been a force (for) the environment in this region for more than 30 years. It's a major force for the environment," Dempsey said. "It's an honor to be recognized by these people who care so much."

Special awards were given to Glen Chown of the Grand Traverse Regional Land Conservancy (John Nelson Water Steward Award), Susan Wheadon of NMEAC (Golden Beaver Award), and Glenn LaCross of Leelanau Fruit (Special Renewable Energy Award). State Sen. Wayne Schmidt was also given the satirical anti-honor of the Golden Bulldozer Award for voting in favor of the authorization of the Line 5 tunnel.

Region lands $1.3 million in state grants to clean up recycling